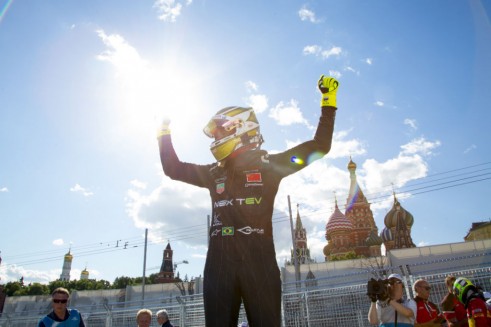 Nelson Piquet Jr took an important win in terms of the championship standings at the Moscow ePrix. With Piquet Jr’s 2nd Formula E victory, he leads with a sizeable gap into the final two rounds.

Jean-Eric Vergne secured pole position but it was wasted as he spun his tires at the start which allowed Piquet Jr to out drag Vergne and lead into the first corner. 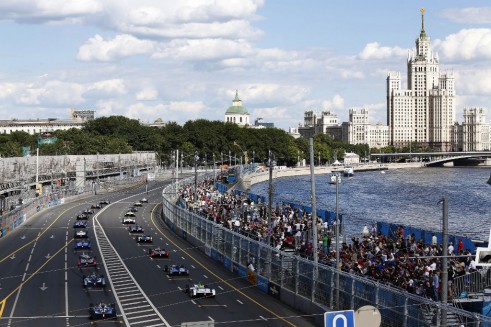 eDams were in the centre of a embrassing pitstop blunder. They thought the minimum pitstop time was 68 seconds but in actual fact it was 58 seconds and this made both Prost and Buemi spend an extra 10 unnecessary seconds in the pits.

After the pits, the hairpin saw a lot of poor judgement from drivers as Stephane Sarrazin locked his rear brakes which spun him and nudged Jaime Alguersuari.

Then Loic Duval planted his car on the back of Jarno Trulli’s, pinning out Justin Wilson wide in the process. 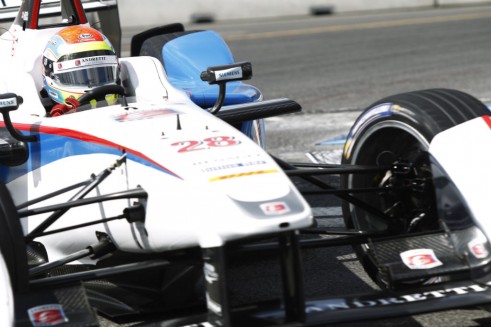 Sebastien Buemi and Jean-Eric Vergne had a duel on the final lap which saw Vergne, who was ahead, lose out. Buemi overcommitted himself into the chicane and went on cutting the corner.

In order to not take advantage, Buemi was ushering Vergne to go ahead but went ahead after getting no response. A spectating Nick Heidfeld then followed Buemi as well. Vergne trundled down to a fifth-place finish.

Di Grassi tried his best to make up ground to Piquet Jr but was unable to finishing second. 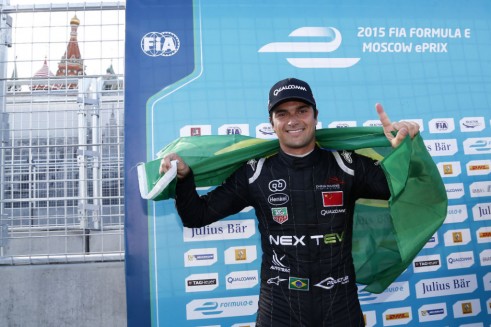 Post race, Sebastien Buemi was given a pen for an unsafe pit release, dropping him from third to ninth in the race and also promoted Lucas di Grassi up to second in the standings.

The final two rounds will take part in London on the 27th and 28th of June.