After Lucas di Grassi branded his win at Mexico City as his “craziest podium ever”, the Audi Abt driver was soon excluded from the race by FIA officials.

It was found that his car was 1.8kg below the 888kg limit, it was clearly a mistake by the Audi Abt team who chose not to appeal the decision. 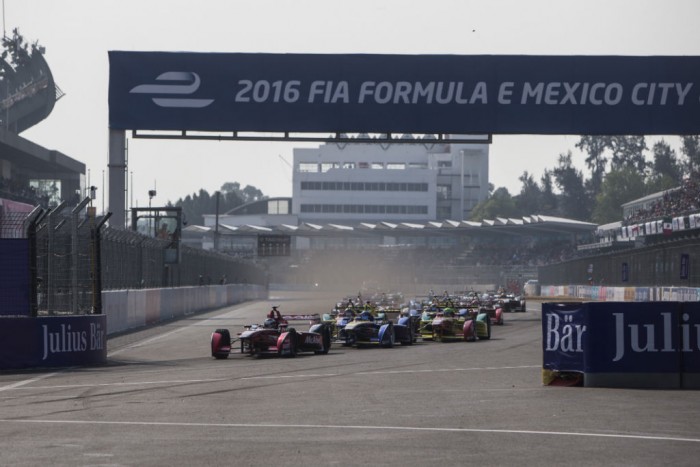 The race was action-packed from start to finish. Jerome d’Ambrosio started on pole with Nico Prost alongside. Both Audi Abt drivers came within inches of each other going through the first chicane.

Daniel Abt was forced to cut the last chicane on lap 3 which gave Buemi perfect opportunity to take 3rd place which he did along the outside of the first chicane. 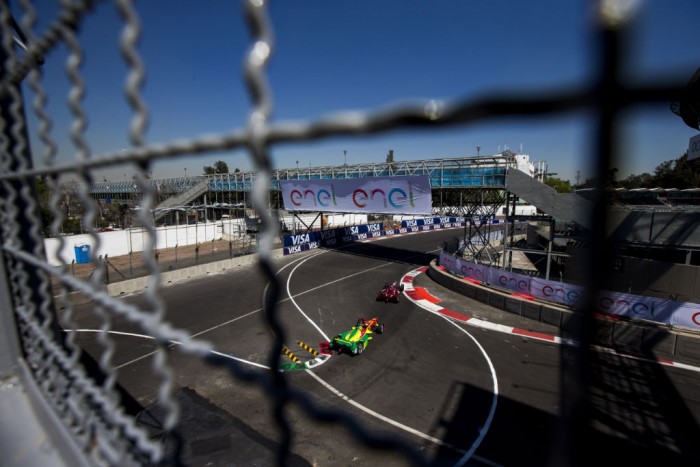 After the pitstops, di Grassi used his fanboost on the pit straight and overtook d’Ambrosio into the first chicane therefore taking the lead of the ePrix.

Buemi tried a similar move a lap later on d’Ambrosio but was seemly blocked off by the Belgian infuriating Buemi in the process.

Buemi then tried the same move again on lap 29 but ended up going into the back of d’Ambrosio’s car. It was lap 35 when Buemi finally passed d’Ambrosio cutting the first chicane on the outside. Prost then passed d’Ambrosio who was still livid over Buemi’s overtake. 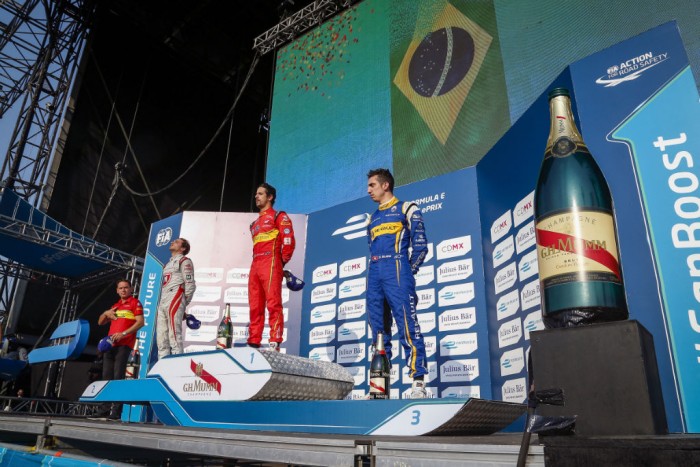 Next race will be at Long Beach, USA on the 2nd April.