After gaining his maiden pole position, Sam Bird produced a brilliant drive to get his first win of the season.

It wasn’t all easy as Bird had to hold off a charging Sebastien Buemi in the latter stages after the eDams driver started at the back of the grid.

The race started with little changes at the front, the action was towards the back with Simona de Silvestro lunging up the inside of the first corner to slot in 12th. 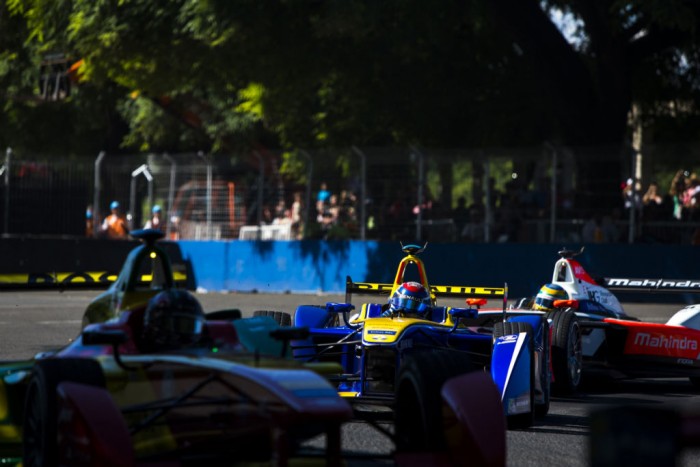 Buemi already made up 7 places by lap 5 with Di Grassi taking part in the overtake spree.

It was looking like a promising race for Antonio Felix Da Costa but sadly retired on lap 18 after his car ran out of energy. 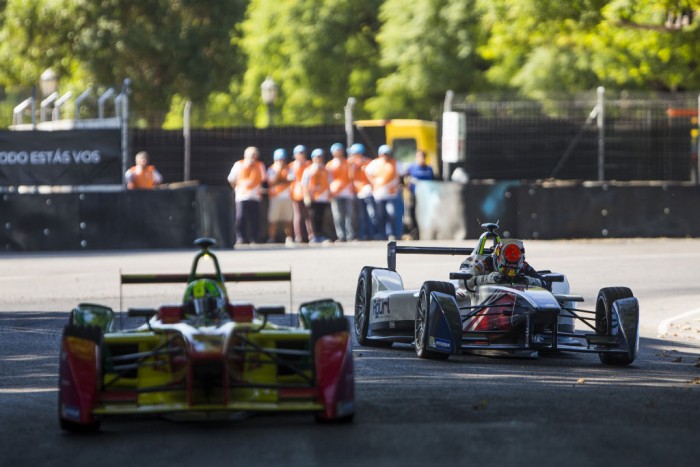 Buemi’s fight through the field restarted again after the pits when he set Sarrazin as his next victim. The Swiss then took his fight with Di Grassi, his nearest title contender on lap 28 and took second place.

Tension then started to mount up, could Buemi take the lead from Bird? He was in touching distance with Bird making small mistakes along the way but was able to keep ahead to take the checkered flag. 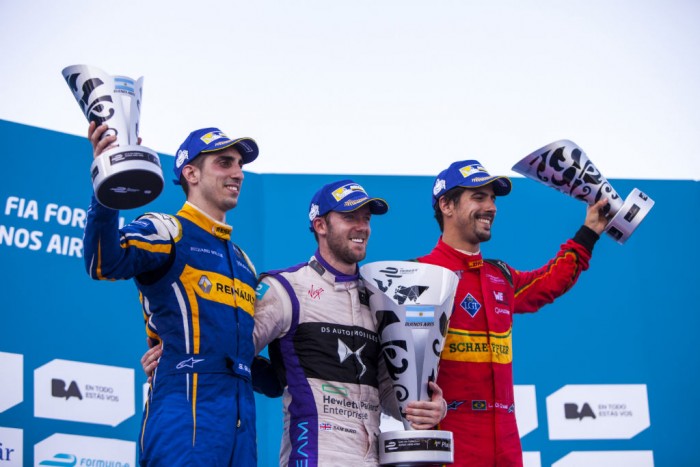 Bird’s win moves him up to third in the drivers’ championship. Buemi’ has 80 points, just four points ahead of di Grassi.

Next race will take place in Mexico City on 12th March.