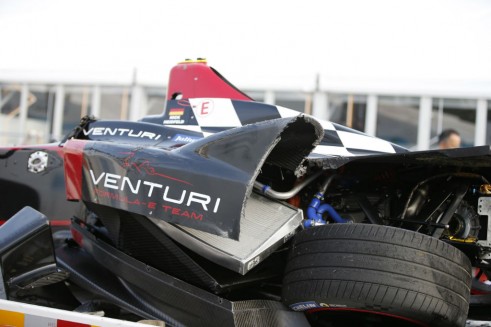 Lucas di Grassi made history as the first ever winner of Formula E after a final corner collision between Nicolas Prost and Nick Heidfeld.

Venturi driver Heidfeld was closing the gap on e.dams driver Prost after pitting and attempted to overtake on the inside into the final tight left-hander.

Prost made a move to his left as Heidfeld started his overtake and the two cars collided. Heidfeld was sent out of control and crashed into the barriers, flipping over whilst airborne in the process.

Thankfully the German was able to walk away uninjured. 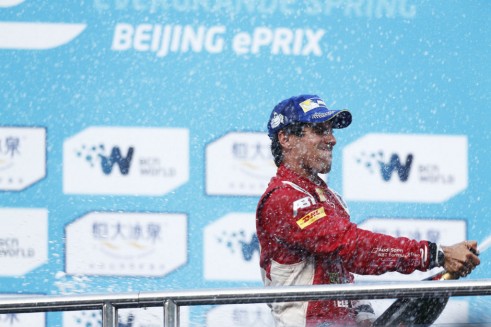 Steering damage halted Prost from finishing which inherited the win to di Grassi.

“I’m happy Heidfeld is OK and it shows how safe these cars are,” di Grassi said.

“I didn’t see what happened myself but it’s like a dream come true. I was lucky to be in the right place at the right time,”

“The team did a great job all through practice and qualifying, yes we made a few mistakes but overall I’m extremely happy to be the first ever winner of a Formula E race.”

Prost will serve a 10-place grid penalty at the next race for the collision. 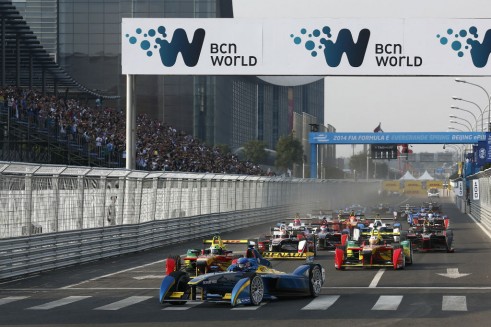 Franck Montagny finished second place for Andretti after starting eighth on the grid. He gained a place on the first lap by nearly putting teammate Charles Pic into the wall at turn 2.

After a feisty display, Montagny was up to fourth after the pit stops, behind di Grassi. 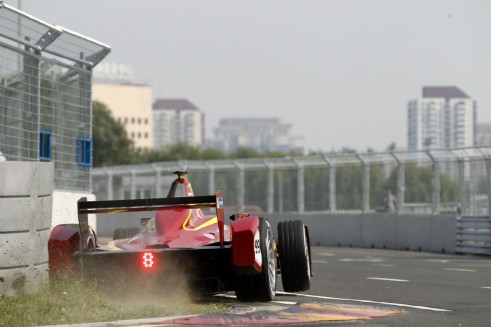 Sam Bird of Virgin Racing started twelfth and took the final podium spot after Daniel Abt received a penalty for using more electric energy than allowed and was demoted to 10th picking only a single point.

Charles Pic finished fourth with Mahindra driver Karun Chandhok behind after suffering a overheated battery in the last few laps. Jerome d’Ambrosio, Oriol Servia and Nelson Piquet Jr all finished in the top 10 in front of Daniel Abt. 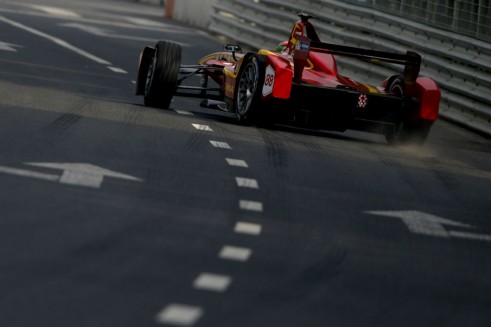 Alejandro Agag, CEO of Formula E said “To see 20 fully-electric cars racing towards the first corner was a very special moment for me and for everyone involved.” He later went on to mention that the race had a live worldwide television audience of 40 million, 75,000 people were at the race and more than one billion social interactions.

Next ePrix takes place on the 22nd November at the Putrajaya Street Circuit. 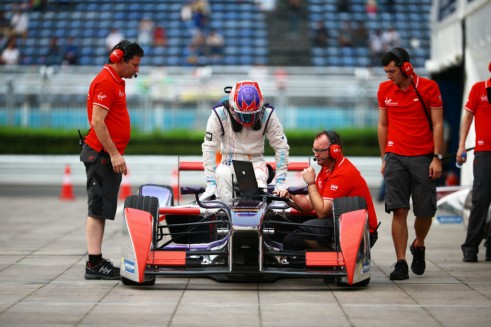