Having watched the ‘new Mini’ and ‘New Beetle’ grow gradually less ‘mini’ and more obese and ungainly as the years have taken their toll, it’s often concerned me that the same fate will befall the Fiat 500.

The original Issigonis Mini remained largely unchanged for 11 years (undergoing one facelift in that time), the new Mini lasted just five years before it was replaced by an all-new larger model, which itself was replaced two years ago by an even bigger one.

Consumer desire for the latest thing drives the manufacturers to constantly update their cars, but surely the need to so radically change a car can only suggest that the first attempt isn’t all that good? 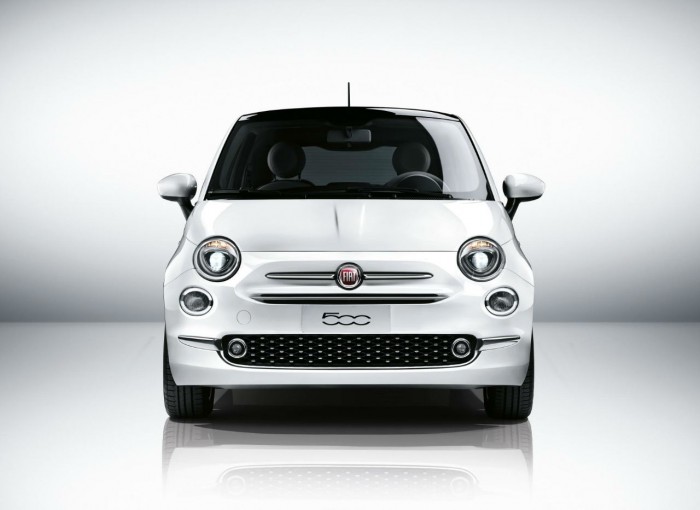 So it’s with a huge sigh of relief that we can announce Fiat’s new 500 looks to all intents and purposes the same as ever.

Fiat revealed the original 500 on 4 July 1957 and the new one on the same date 50 years later so it seemed only right to announce the latest incarnation on the 4th July 2015, a whole 8 years on from the last major launch. 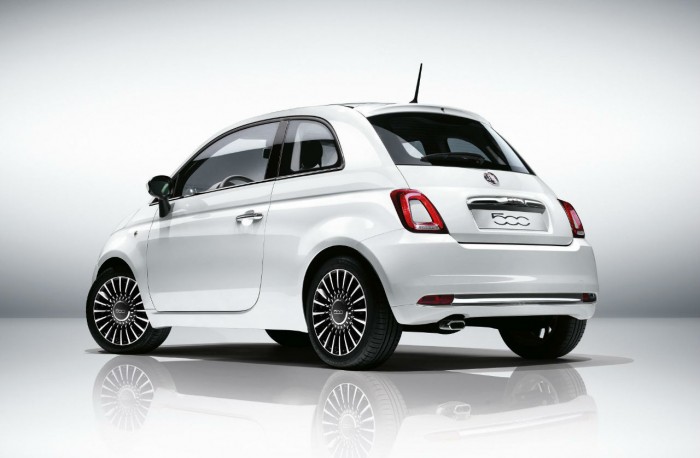 The most obvious exterior changes are to the front and rear of the car.

The headlights have been redesigned with an oval slant and now come with the option of Xenons. Front DRLs have been changed from halogen to LED while echoing the headlight redesign. The front grille, bumper and chromework have all been revised to offer a new more elegant design. 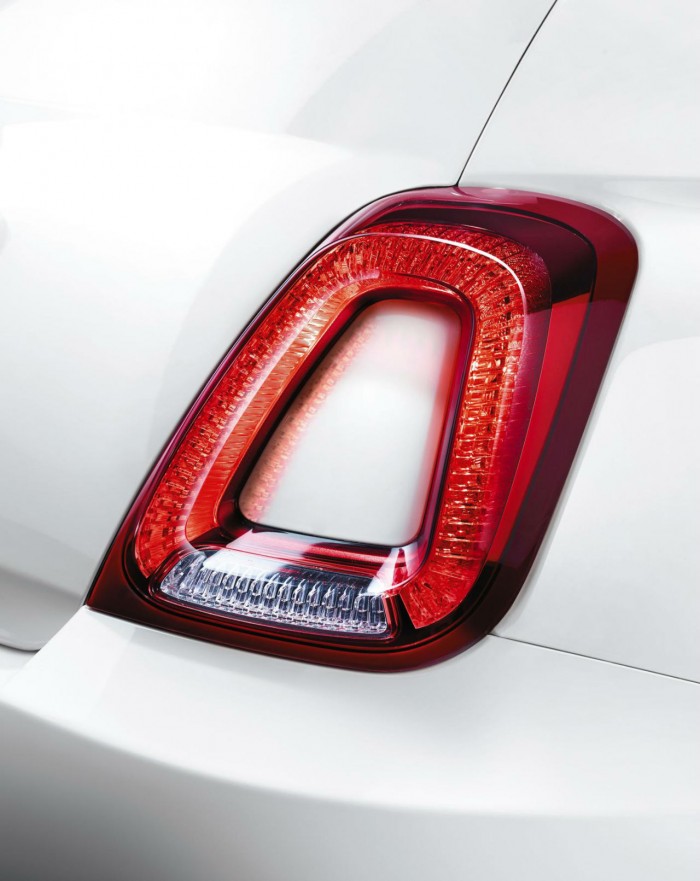 New alloy wheel designs are available and two new body colours have been added to the existing palette.

In addition Fiat are now offering ‘Second Skin’ which allows added customisation by wrapping parts of the car ranging from just the beltline to the pillars, roof, bonnet and tailgate, in a choice of five patterns. 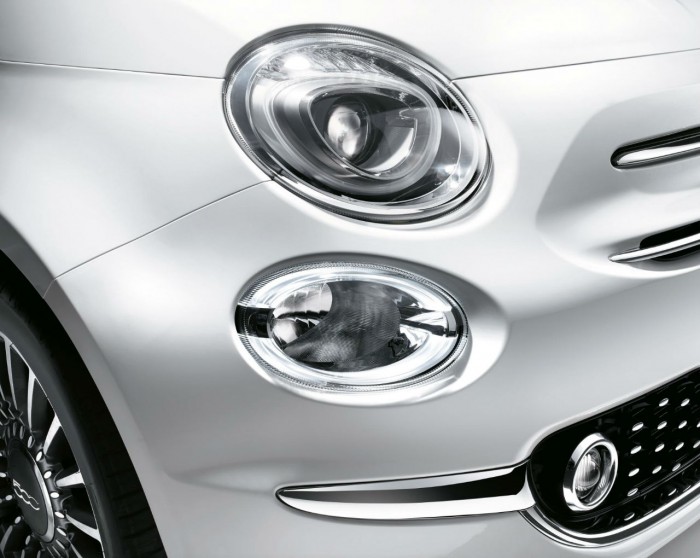 Interior revisions are far more dramatic with a new dashboard, steering wheel, improved materials, ergonomic front seats with new colourways, added soundproofing and numerous other detail changes. As before, seven airbags are fitted across the range. 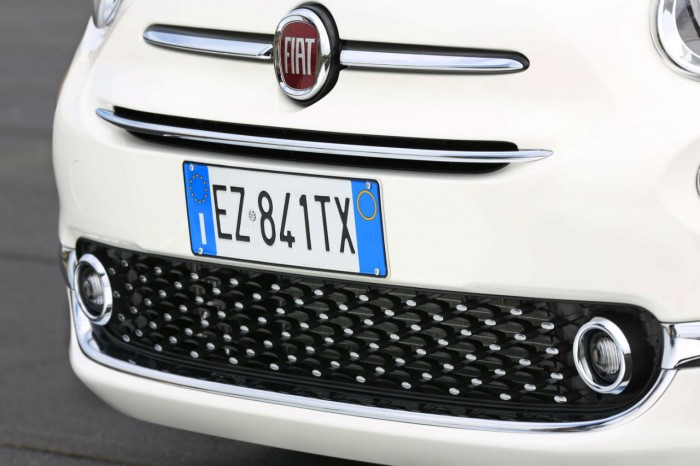 Technology abounds with Fiat’s new Uconnect™ system: a five inch infotainment screen offering the usual stereo functionality on the basic Pop model, up to DAB, Bluetooth, voice recognition, TomTom Live and smartphone integration on the top of the range ‘Lounge’ which is also available with a seven inch TFT display in place of the main instrument panel. 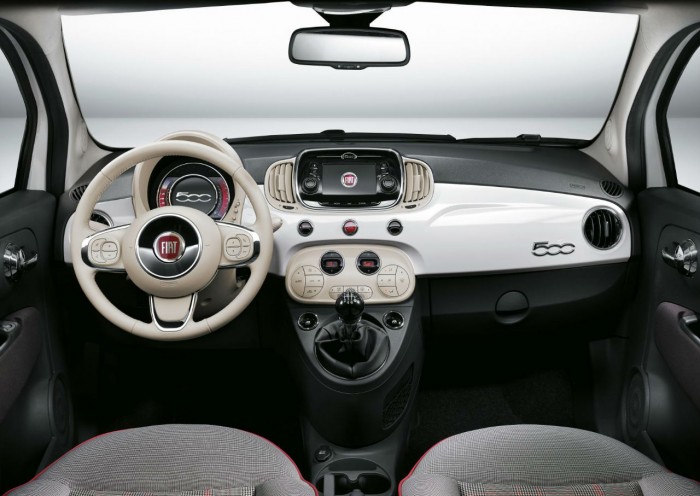 All engines are now Euro 6-compliant and coupled to five- or six-speed manuals or a Dualogic robotised gearbox. A 1.2 litre 69hp, and 80hp and 105hp TwinAir engines will be available at launch, the most economical being the 80hp offering 74.3MPG combined and CO2 emissions of 90g/km.

Further options will follow: an ‘Eco’ version of the 69hp which will have a smart alternator, an aerodynamic pack and low rolling resistance tyres combining to reduce emissions from 110 to 99g/km. Also a 1.3-litre 16v Multijet II 95hp which will emit only 89g/km of CO2. 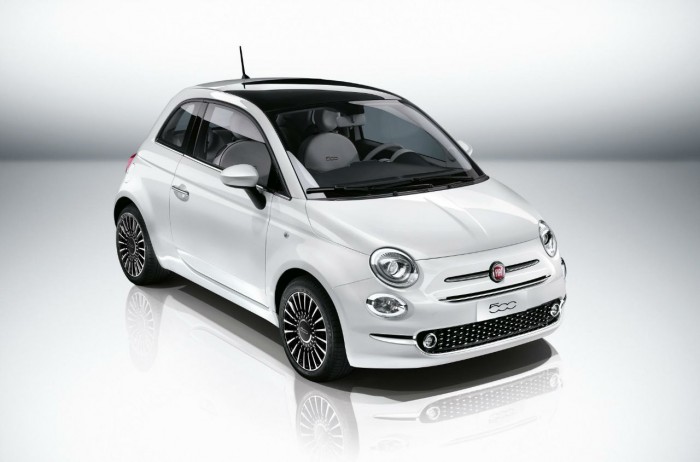 Although this is a major revision (Fiat say 1,800 changes have been made) keeping the 500 competitive with other cars in its segment such as the Mini and Adam, we are likely to see an all-new 500 in the next two to three years. In the meantime, enjoy! The new 500 goes on sale in early September 2015 with prices starting at £10,890.

Toyota Mirai gets 300 miles to a tank of Hydrogen