Changing the look of your car, with wrapping

If you’re reading this page you ultimately know what vehicle wrapping is. Normally it’s where you change the colour of your car with a full wrap, but less people think about wrapping as a customisation option.

You don’t have to spend thousands on a wrap to make your car stand out from the crowd, a few subtle additions of vinyl here and there can transform a look. Altering badges, changing the colour of your grille, or even a full de-chrome. It’s often the lighter touches that work the best.

Previously I’ve only ever had the rear roof section on the 207 wrapped in gloss black. Purely because the roof is all glass apart from the back portion, which just looked a little odd. 5 years on and it’s still there.

Ever since owning the RCZ R I’ve wanted to get two bits wrapped. Just small pieces to compliment its looks, around the number plate and under the rear spoiler. Both would break up the solid white rear end, and should make the R look wider. Now vehicle wrapping is an art form, it takes years of practice to become good at it. With that in mind I took it to a guy I’ve known for years, the same one that wrapped the roof on the 207.

He wasn’t keen on doing it, admitting he currently didn’t have anyone with high enough skills to pull off what I wanted. Under the rear spoiler is pretty tricky, whilst around the number plate is quite precise. Not wanting me to end up with a bad job or the paint being damaged when the vinyl was cut, he suggested I go elsewhere for this one.

That’s when I came across We Wrap Any Car MK, a friend of a friend had used them and said what a great job they did. Recommendation is still the highest accolade a business can get, so I went to them a few weeks later.

A ten minute visit for a cost estimate and the car was booked in for the week after. Turning up at 9 am sharp I drove straight into the workshop. After a year and a half it was finally happening.

First up was getting the plate off…easier said than done when I’d used some horrifically strong 3M foam tape. A heat gun and some patience had it peeling away, leaving a ton of residue. After some glue remover a lot of elbow grease the rear end was finally clean. Next up, laying the wire tape. This goes around all the edges you need to cut, it gives a clean line and negates the need to use blades on the paint.

Once the gloss black vinyl was laid down and smoothed out, it was time to pull up the tape. It slices through the rear of the vinyl and leaves a clean finish. Under the spoiler was a tad more difficult. It has a concave shape to it, which required quite a bit of work with the heat gun. There was enough of a gap to trim the lowest section off with a knife. Again, the tape was pulled around the upper mould line leaving a clean finish right on the edge. 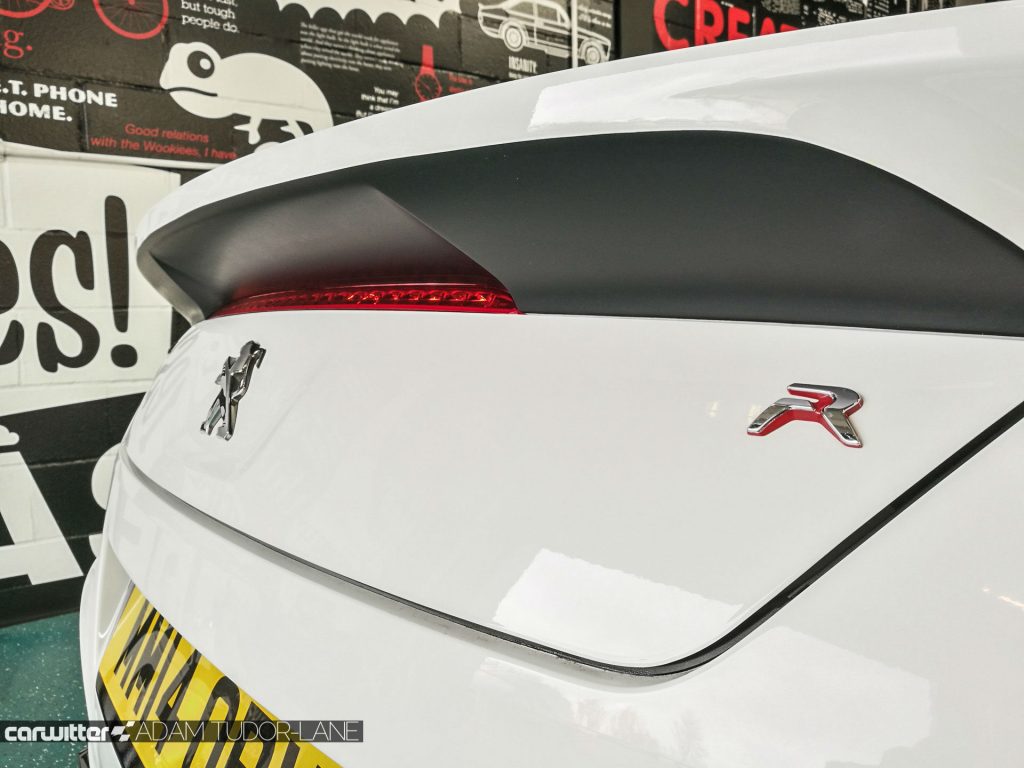 Plates stuck back on and an hour had flown by. What a transformation. It’s ultra subtle, but just adds that little bit extra to the back of the R. The number plate surround ties in with the gloss black rear diffuser, making the back end look far more planted. Above it, the matte black underneath the spoiler reflects the third brake light gorgeously, it also adds more depth to the tail.

Not everyone has hundreds or thousands to wrap their car, most people wouldn’t even want to go that far in the name of personalisation. But for the cost of meal out you can alter the look of your motor without breaking the bank. 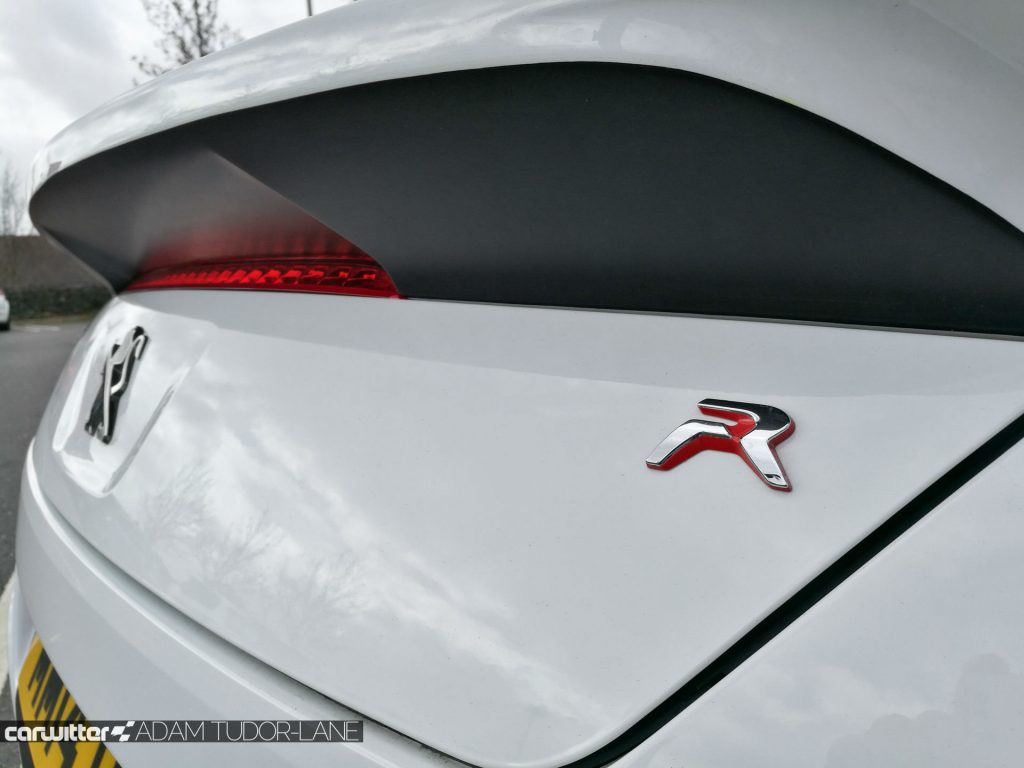