Cataclean Review – Does it really work?

After recently purchasing a near enough three year old car, that had always run on 95 octane fuel, we wondered if putting a bottle of Cataclean through the lines would make any difference at all.

There are numerous products out there that can clean your catalytic converter, the idea is to improve performance and reduce emissions. They can all help unclog fuel injectors and clean sensors, so it’s a product you should use at least once a year. 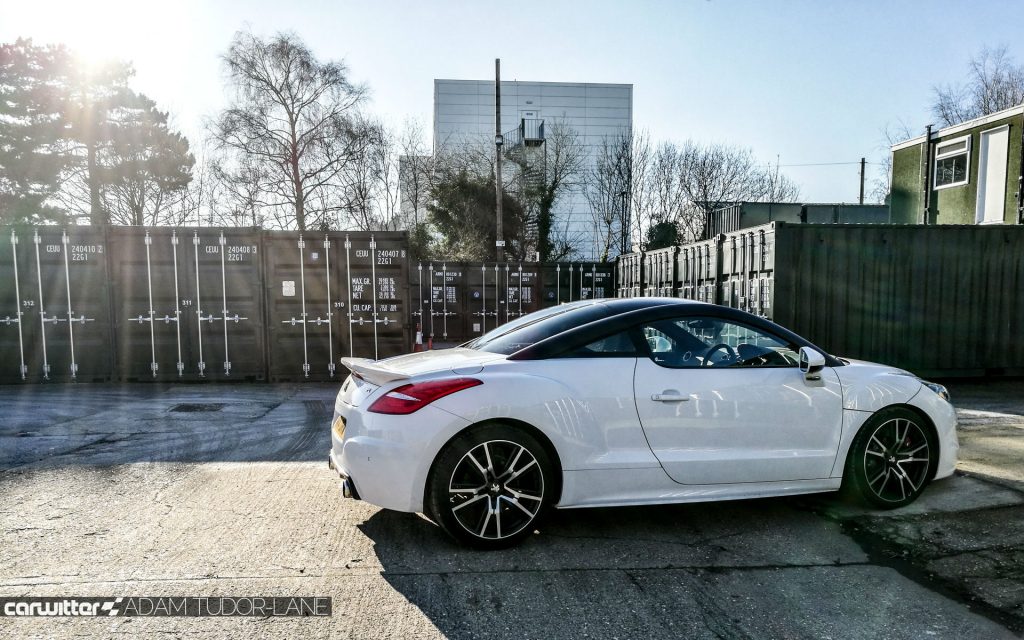 The car in question, a Peugeot RCZ R had covered about 8,000 miles since new. It’s fitted with a highly strung 1.6 litre turbocharged engine, making 266 BHP and 330 Nm of torque.

There were no issues with the car at all, it didn’t hesitate on throttle response but these engines are known to coke up when run on 95 octane. It’s best to use a higher, cleaner burning octane with them. Sadly, the previous owner never did this, so we thought what the heck. Bung some Cataclean in and see what happens.

Pouring the bottle in, the tank was half full, knowing full well the next two days featured a 150 mile round trip. 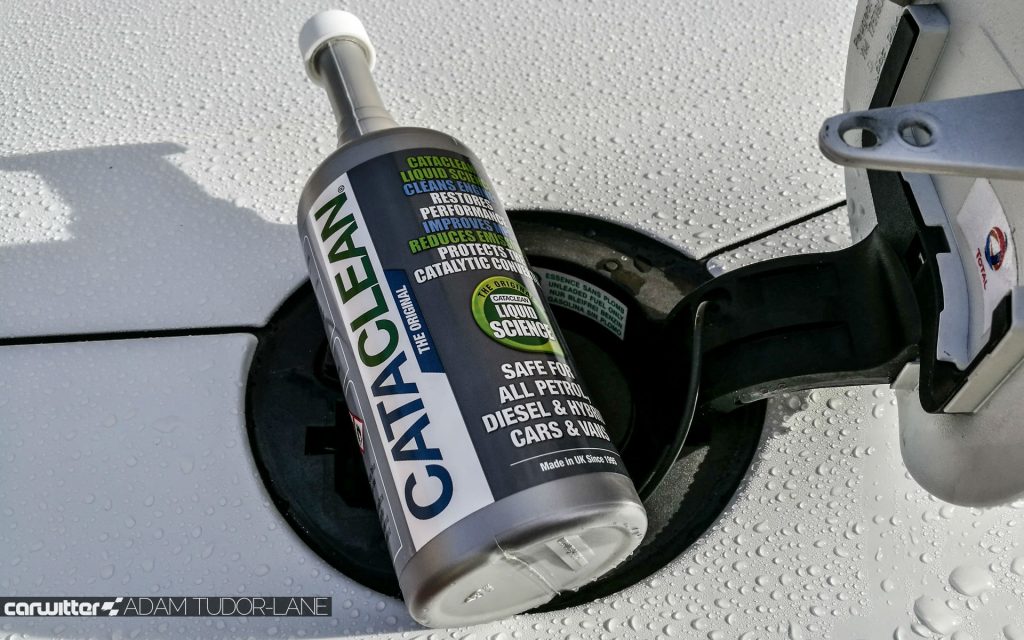 Cataclean is safe for both petrol and diesel engines, you don’t have to buy different versions for each fuel type. One bottle does both.

It’s claimed to remove carbon build up from oxygen sensors and EGR valves, as well as dissolving resin and gum through the fuel lines and in the catalytic converter. It also helps to prevent build up in the future.

Ideally we should have let the tank go down a bit more before using it, Cataclean recommend using it in 15 litres of fuel or 1/4 of a tank. 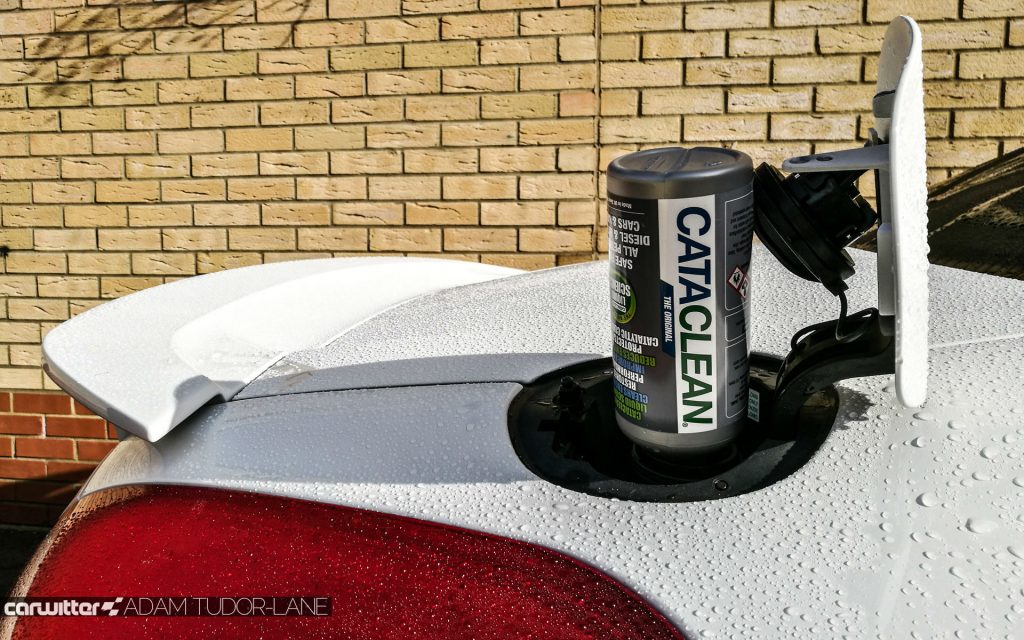 So the next day we went on our long journey. Over a mix of A and B roads we managed a rather astonishing 42 MPG without even trying. Normally it’s around 38 over an extended jaunt, but to go up that much was pretty impressive. 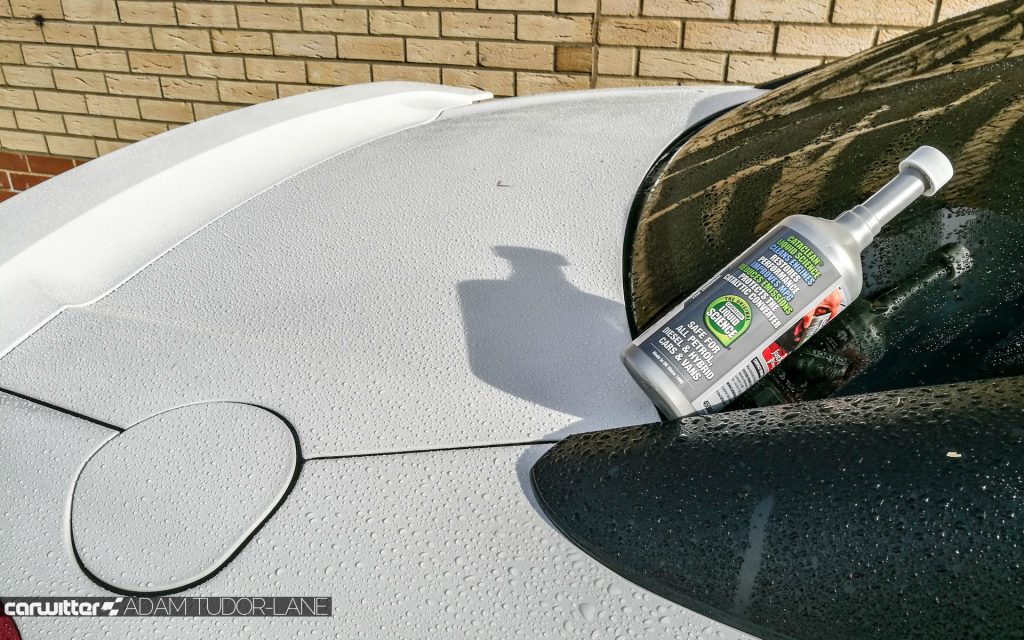 But does it work?

Normally you’d use Cataclean on older cars, or motors that are having emissions issues passing their MOT’s. Going by the 79% of 4/5 star reviews on Amazon on the whole it works, the only negative feedback seems to come from extreme circumstances, or when users haven’t read the instructions properly.

There’s always a lot of conjecture and debate on fuel additives as it’s something you simply can’t see, or really gauge. Whilst our MPG went up, there was no way to tell if it’s cleaned or helped in any other way. But if the MPG’s have increased, less fuel is being used so somethings happened.

Over subsequent journeys the MPG is definitely better, even around town there’s an increase of 2/3 MPG which is impressive.

Cataclean will certainly help not hinder. But it’s not a wonder potion, don’t expect it to fix that collapsed CAT or leaky exhaust!

You can also buy Cataclean from Euro Car Parts, which makes it nice and easy to pick up if you need some ASAP. 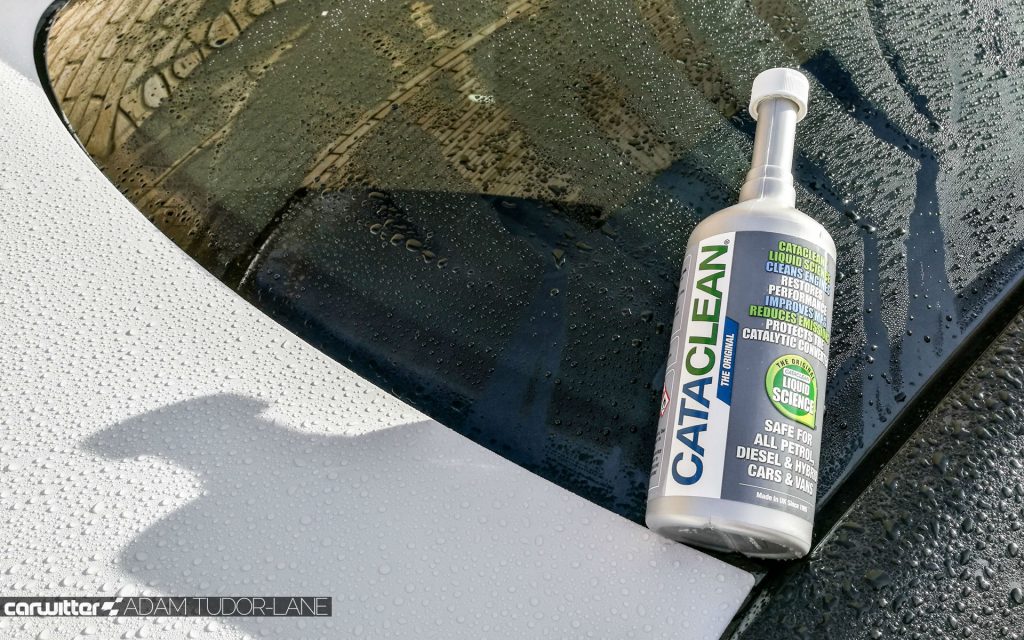 US cars ‘must be left out of UK trade deal’