We’ve tried out a few Bluetooth OBD2 car plugs lately, whether it’s ones to track your journeys, or just basic diagnostics.

But Carista is something a little different. Yup, it can diagnose faults and reset your service indicator, but it can also customise your car.

Carista is a Bluetooth enabled OBD2 car plug and accompanying app. It works for both Android and iOS.

Currently, Carista mainly works with Audi, BMW, Lexus, Mini, Scion, Toyota and VW models. But you can basic fault read with any vehicle.

It’s best to check out obd2 bluetooth scanner buying guide on scantoolcenter.com and see if your car is supported here on Carista’s site, before purchase.​​​​​​​

You simply insert the ODB2 plug into the port on your car. On our Audi Q2 that was just below the dash.

A red LED will light up to let you know it’s all working ok. 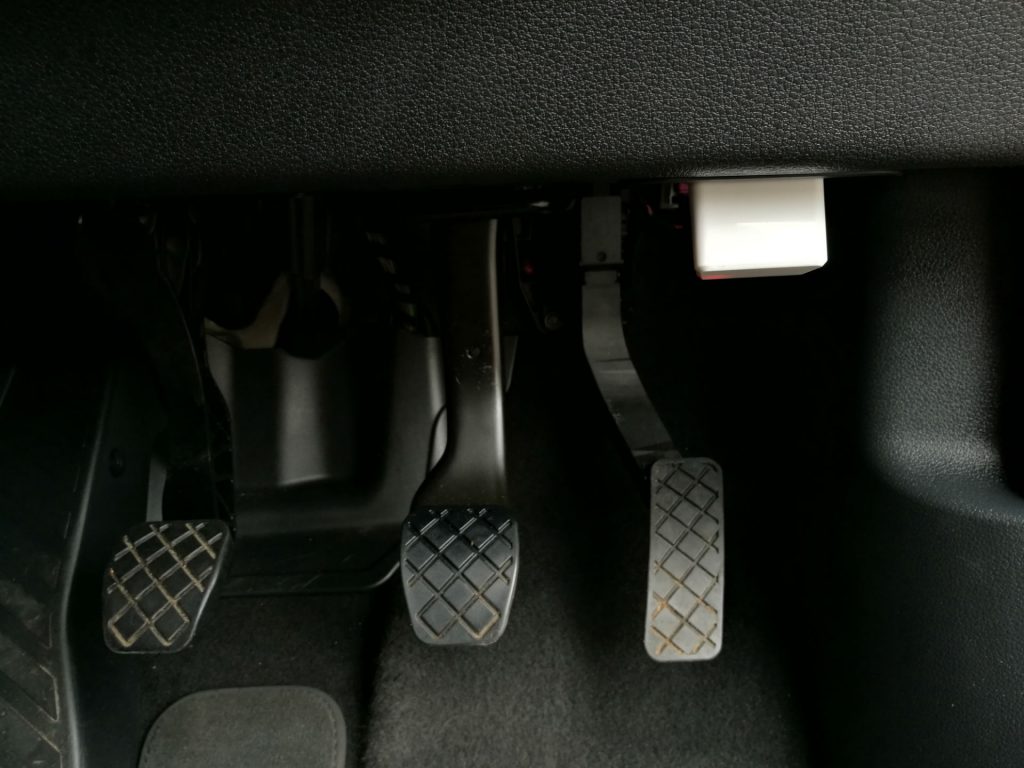 Make sure Bluetooth is switched on, then fire up the Carista app. You don’t have to pair it beforehand, it just magically works.

Once in the app you’re presented with three options – Diagnose, Customize and Service.

Diagnose will read any faults that the car is currently showing.  Our brand new Q2 had three…the first two seem common in VAG cars and can be ignored as false positives.
01275 could well have been an issue, either something unplugged or a relay fault.

Clicking on each will perform a Google search in your default browser. Sadly, pressing the back button wont return you to the app. You have to go back and reopen it.

‘Service’ will let you reset the service indicator warning that pops up on your dash. Handy for when you’ve had the car serviced but the mechanics have forgot to reset the counter.

But the most interesting part of Carista is the ‘Customize’ option. In here you can change all manner of ECU options that normally, only dealers have access to.

Each option varies from car to car. Sadly our Q2 isn’t fully supported yet, but the basic electrics are the same as the MK7 Golf, so it did allow us to tweak a fair few things. 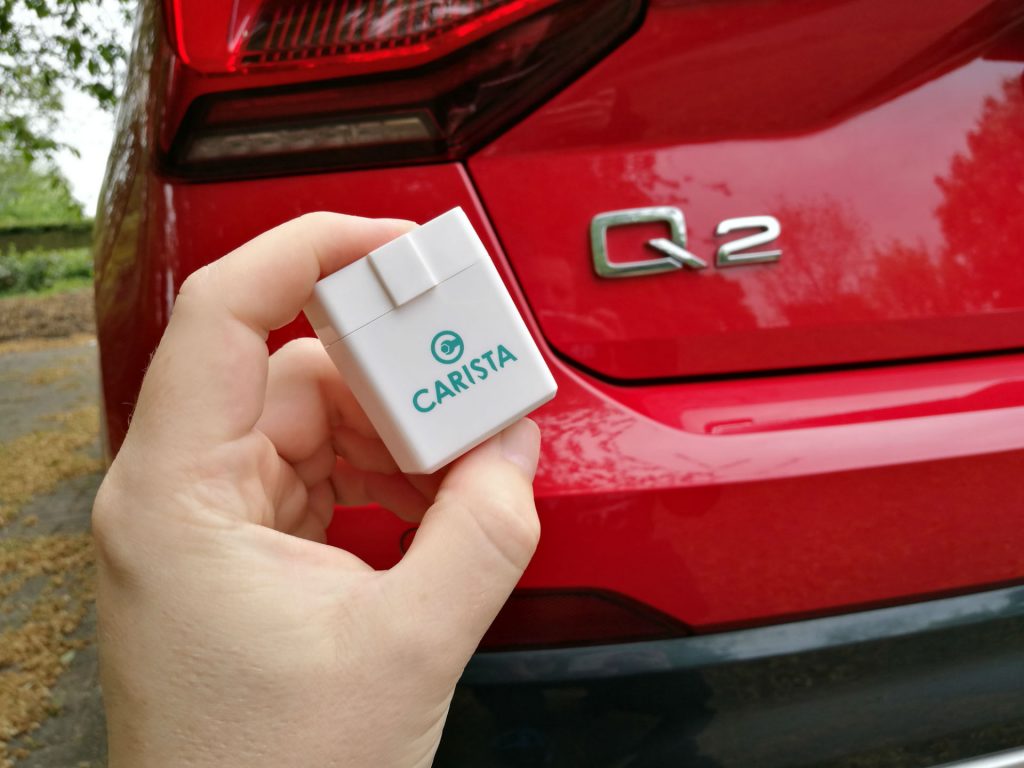 Once the app has scanned your car, hooked up with the Carista servers and worked out what it’s plugged into you’ll get the next screen.

Here you can start to dig a bit deeper into the customisation’s for your car.

You can enable or disable various things, from the compass display in the drivers MFD, make the needles sweep at startup, show you speed in the dash display, make the car beep when locking/unlocking, auto fold the mirrors, disable the seat belt warning (highly illegal), disable the start stop, and lower the passenger side mirror when you reverse.

Those are just a sample of the customisation’s that our – not fully support Q2 – allowed.

On a properly integrated car you can change way more. Everything from disabling the reversing beep on a Prius, to brightening the daytime running lights on an A6 and a plethora of things in between.

The handiest feature we enabled, was in fact the tilting passenger mirror when reversing. It made it a lot easier to gauge the lines when parking in the higher than normal Q2.

It was switched on through Carista in seconds, once the change was live you just have to set the mirror controls to the passenger side for it to work. No switching the car off or ‘rebooting’ needed.

As with all the customisation bits, none of them are to be found in the Audi menu system.

Is it worth it?

Well, at £24.99 for the unit itself it’s not bad value. The OBD plug can be used with pretty much every phone app that is ELM327 compatible.

So it’s not like you’re limited to just Carista. That’s a big benefit as all of those apps can go way further in terms of data readouts and logging than Carista can.

As for the subscription pricing? Well, that could be a tricky one. If you opt for the weekly pass you can muck about and make the changes you want to your car for £9.99.

All well an good, but if you want to reverse those changes after that time you’ll have to subscribe for another week.

Alternatively you could go the yearly route at £33.99 – you get a month’s free trial with this option.

So that would probably work out cheaper, but…in the real world you’re likely to make these customisation’s and then stick with them forever. You may not need a whole year of Carista.

I think there’s a possible alternative model to the pricing. Either charge weekly and make the reversal of the changes free forever, or have micro payments for each option.

Either way, £60 (hardware & software cost) for a year’s worth of software modding is really cheap. If you compare that to what a main dealer (even if they’re willing to enable certain options) would charge you, or even an independent tuning company…it’s going to be a damn sight more expensive than £60.

Carista is very cool, we love it. The fact that there’s now a smartphone app that can change such small, trivial things to make life easier is just mind blowing. Having worked at a dealership many moons ago this would normally involve booking the car in, plugging in a laptop, coding the changes, testing them…a real pain in the arse.

Carista takes away all that hassle. I just wish more marques were supported.

I believe they will get there eventually, but it must take so much time developing and testing all the customisation’s I can’t see it being a quick thing. The company have been around since 2013, with the real push happening in 2015 when they started down the customisation route. It was only last year that they started selling their own hardware to match the app.

There’s a strong future ahead for Carista, and i think the payment model will be tweaked along the way. 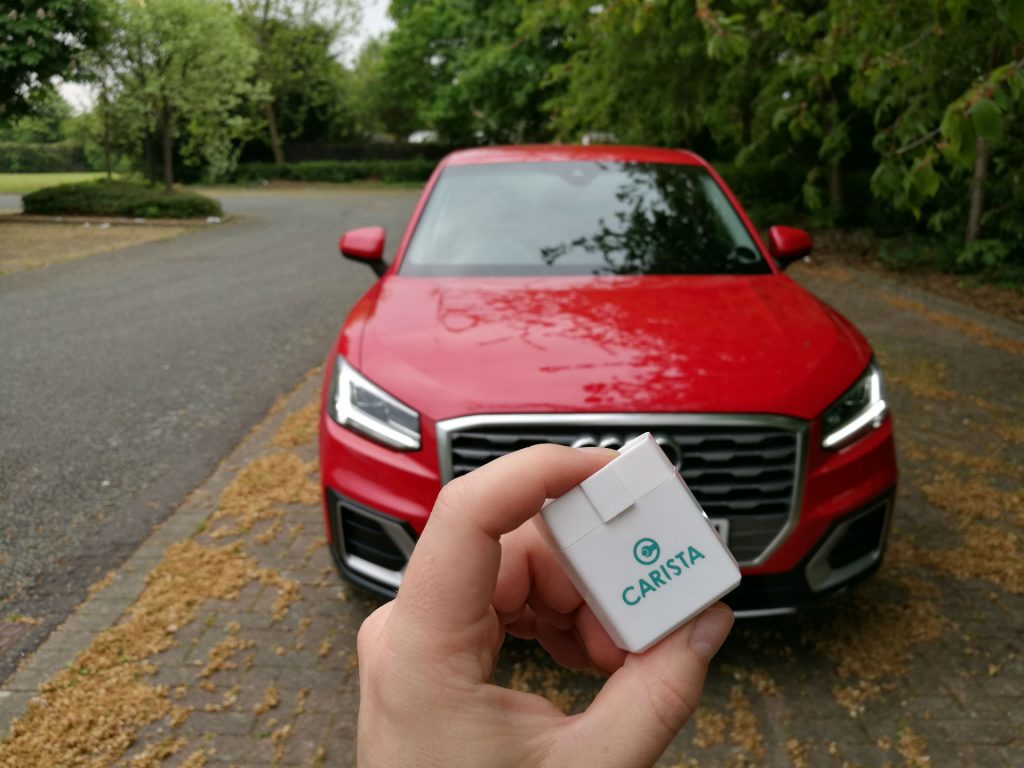