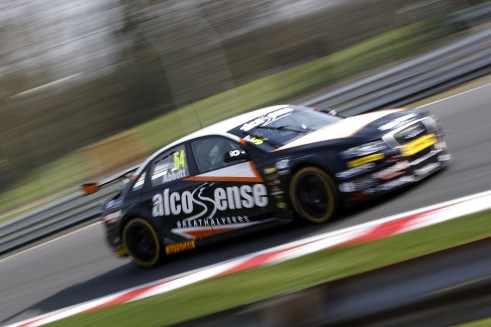 The Dunlop MSA British Touring Car Championship is to introduce mandatory breath tests, the first of its type in the UK. These will be conducted each day at a BTCC event to measure the amount of alcohol for all drivers and senior championship officials.

It’s widely known that alcohol in the bloodstream can affect our reaction times and our ability to drive. Whilst it’s expected that none of the drivers or senior officials will consume alcohol before a race, any consumed the night before might impede the new ‘zero tolerance’ limit.

TOCA want to achieve the highest amount of safety at all times. If a driver or senior official does fail a test, they will be unable to participate until they have no trace of alcohol.

In addition, TOCA want to highlight to fans and the public of the dangers of driving after consuming alcohol the night before. Many people believe they are fine after a night out and are unaware how long alcohol can last in a person’s system. Of all road accidents, the cases involving ‘morning after drink driving’ has risen from 13% to 21%.

The mandatory alcohol testing is set to commence at the next BTCC round at Oulton Park on the 7/8th of June. The test will use calibrated AlcoSense breathalysers and be conducted on both mornings of each event.

Alan Gow believes the BTCC “should continue to set benchmarks” with the introduction of a complete no tolerance limit. Nothing similar happens at other motorsport events in the UK with the odd test at best conducted.

He further adds that he thought at length about the lack of alcohol testing in the BTCC and after mentioning it with Hunter Abbott of AlcoSense, he instantly “agreed to provide TOCA with the specialist equipment and training.”

With this, AlcoSense is to become the BTCC’s Official Alcohol Testing Partner.