Croft, Yorkshire saw the 5th round and the halfway point of the 2016 championship. Colin Turkington continued his and Subaru’s form through qualifying to take pole position for the day’s first round. 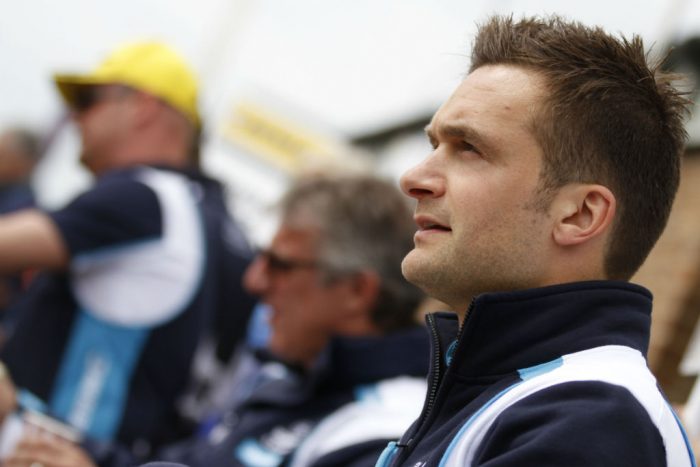 Dan Lloyd in the Eurotech Honda again lined up on the second spot with Ash Sutton 3rd for the MG RCIB Insurance squad. Turkington’s Subaru team mate Jason Plato lined up next with WSR run BMW 1Ms of Series leader Sam Tordoff – sporting a one off livery on his JCT600 GardX machine just ahead of the IHG backed Jack Goff.

Turkington took a fairly simple win and with it the first 1-2 finish for Subaru in the BTCC after a race interupted by 3 safety car periods. Lloyd started fast and tried to take the 2 time champ around the outside of the first corner but ended up in the gravel while Plato slotted in and shadowed his teammate for the duration of the contest. 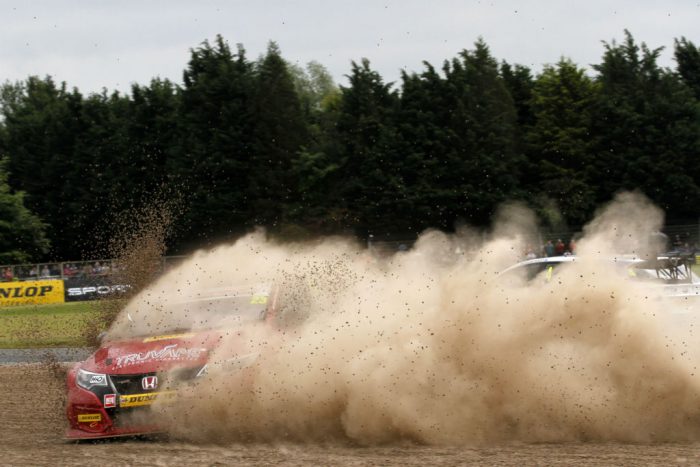 Behind was a slightly different matter, Sutton was playing a defensive game with Goff’s BMW all over the back of the MG and unable to find away past the reining Clio champion who went on to gain his first BTCC podium. 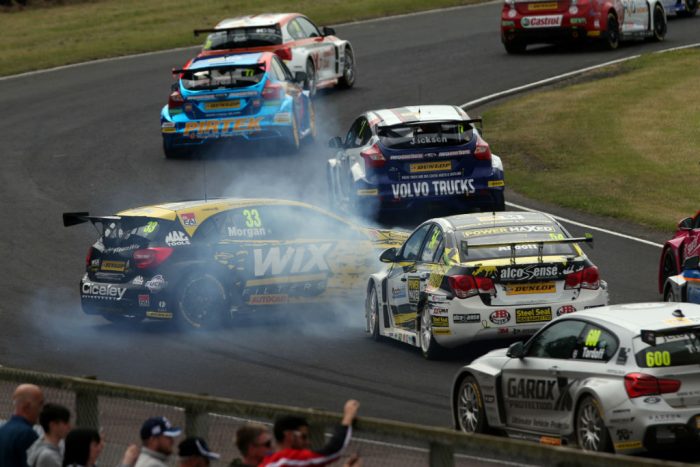 Jordan would be 5th ahead of Jake Hill’s Team HARD RCIB Toyota Avensis in 6th avoiding all the carnage that was going on around him with Rob Collard 7th in his JCT 600 GardX BMW and Mat Jackson Focus 8th.

Tom Ingram placed his Speedworks Toyota Avensis 9th and Aron Smith continued his and Team BKRs impressive season 10th in the VW CC. Tordoff had an early off which eventually led to an oil pressure problem and finished 13th behind Matt Neal in the Yuasa Halfords Honda. As a result the pair tied for the championship lead heading into race 2. 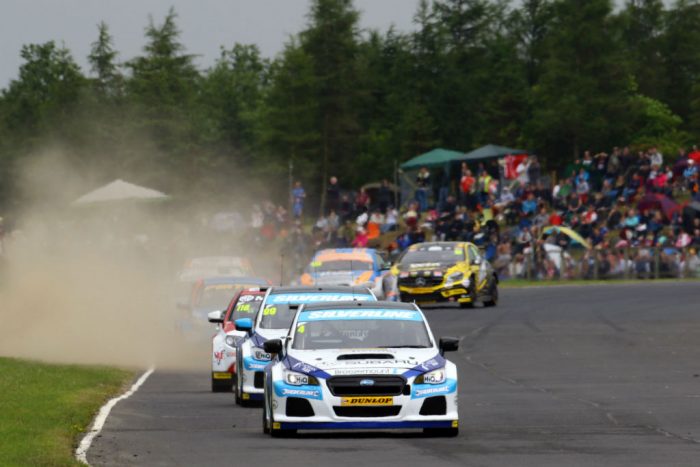 As ever (barring last season) race 2 lined up as race 1 ended with Turkington and Plato on the front row ahead of the rest and, having scored their first 1-2 the Subaru’s would now be looking for their first back to back BTCC victories. 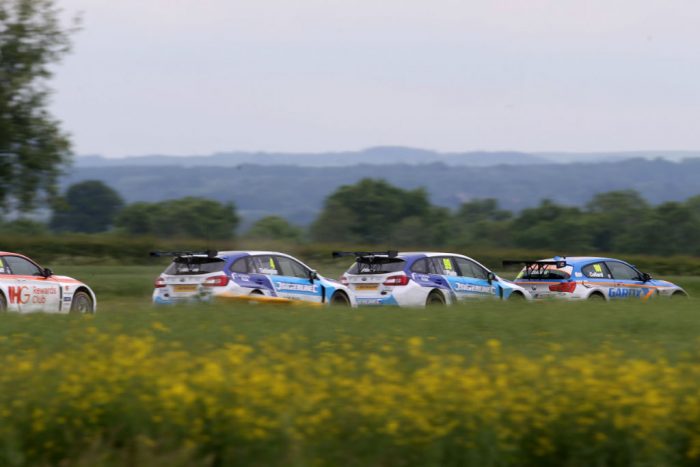 Plato got the Dan Lloyd move right and led into the first turn with his team mate behind, a pair of BMWs followed the Subarus for most of the contest Goff ahead of Collard making the most of his lighter than most car. Turkington regained the lead within a few laps as the front 4 circulated together.

Just after half distance Turkington left a gap which Plato went for causing the pair to collide, Goff who having spent race 1 looking at the back of Sutton’s MG was staring at Subaru rear screens had to stamp on the brakes but Collard, 4th had a fraction of a second longer to react and in doing so went from 4th to 1st in one, Plato would take second with Turkington and Goff 3rd and 4th.

Behind was a similar story to race 1 as Sutton defended hard to again score some big points in his rookie campaign this time keeping Mat Jackson at bay. Ingram would come home 7th ahead of the championship leader Tordoff, making some great overtakes as he battled up the order. Jordan and Matt Neal 10th. 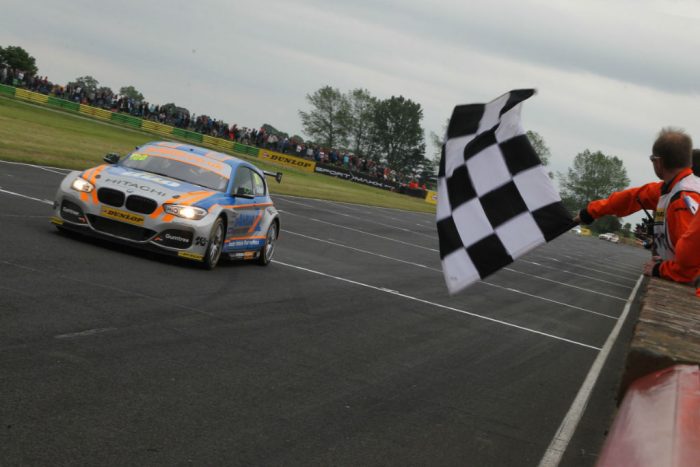 Tordoff would also benefit form the reverse grid draw to start the third and final race from pole.

Rain interrupted preparation for the day’s final encounter as North Yorkshire appeared to forget it was almost mid summers day. Tordoff led from the off but tricky conditions meant this was going to be anything but a economy run to the flag.

Sutton had forgotten about defensive driving this time out and set about picking off those in front of him. blasting past Turkington, Goff and Ingram before -aided by the safety car – dealing with Tordoff a lap from the end. Ingram finished off the podium ahead of Collard, Jordan, Josh Cook in the secong of the RCIB MGs all ahead of Turkington who got well and truly mugged in the closing stages. 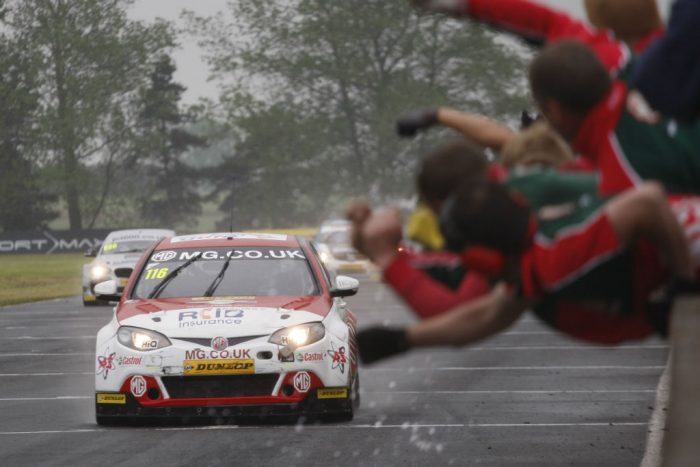 Smith Goff and Plato finished off the top ten in the series first wet event in 44. 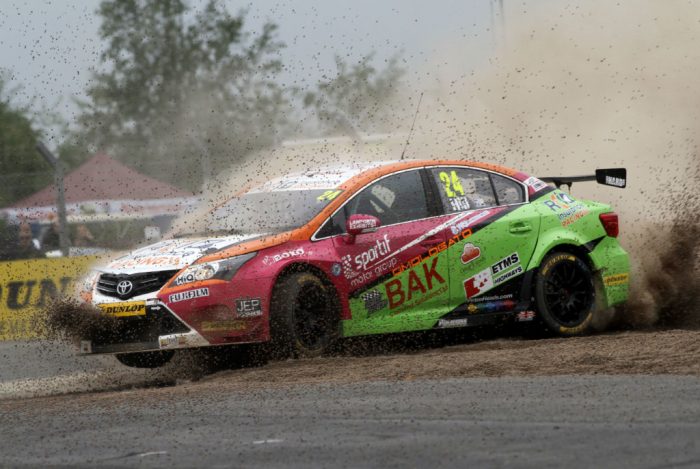 Tordoff retains and extends the lead he held coming into the event this time though from team mate Rob Collard and by 12 points. Neal sits a further 3 beyond the second BMW driver, however its worth looking a little further down the order. Bearing in mind he missed Thruxton, Turkington currently sits 11th with 106 points. 62 off the lead. The second half of the year should be tasty. 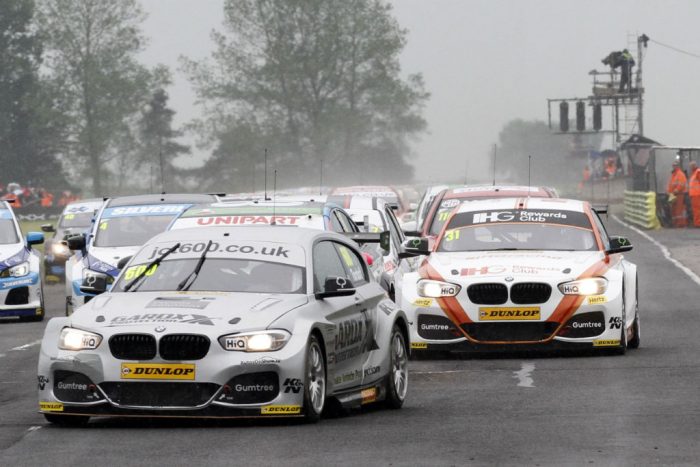