After the glorious sunshine in Hampshire a fortnight ago the series headed north to Cheshire’s Oulton Park and, for the second time in as many events, Matt Neal planted his Halfords Yuasa Racing Honda Civic Type R on the pole after a now traditional it would seem stop start qualifying session.

A trio of German marques followed the three time champion with Andrew Jordan the best placed BMW in the Pirtek liveried 1M Machine lining up ahead of Aiden Moffat’s Laser Tools Mercedes A class, The second 1 series of Colin Turkington 4th. 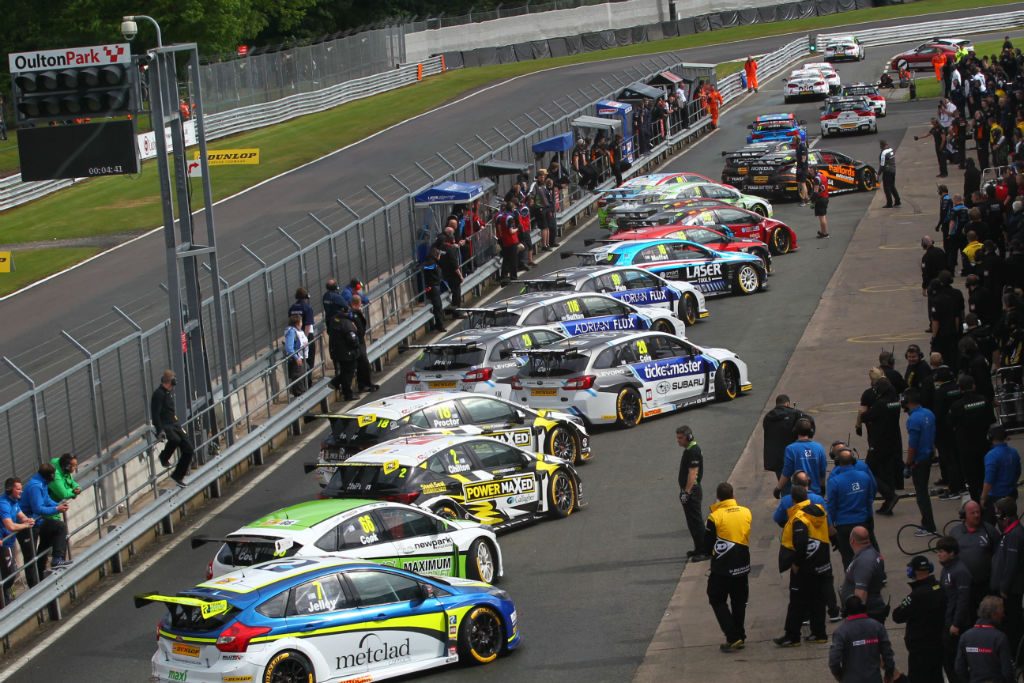 Jordan got off to an expected fast start in the rear driven BMW as Neal settled in behind, Moffat weathered the storm that was Turkington and co for the most of the contest before a brief altercation with Sutton saw the Subaru driver pass the Mercedes and lay claim to the final podium slot.

By this time it was anyone for 4th, Moffat was controlling a train of cars including Turkington, Shedden, Jackson, Collard, Cook, Hill and Rob Austin’s Handy Motorsport Toyota Avensis. 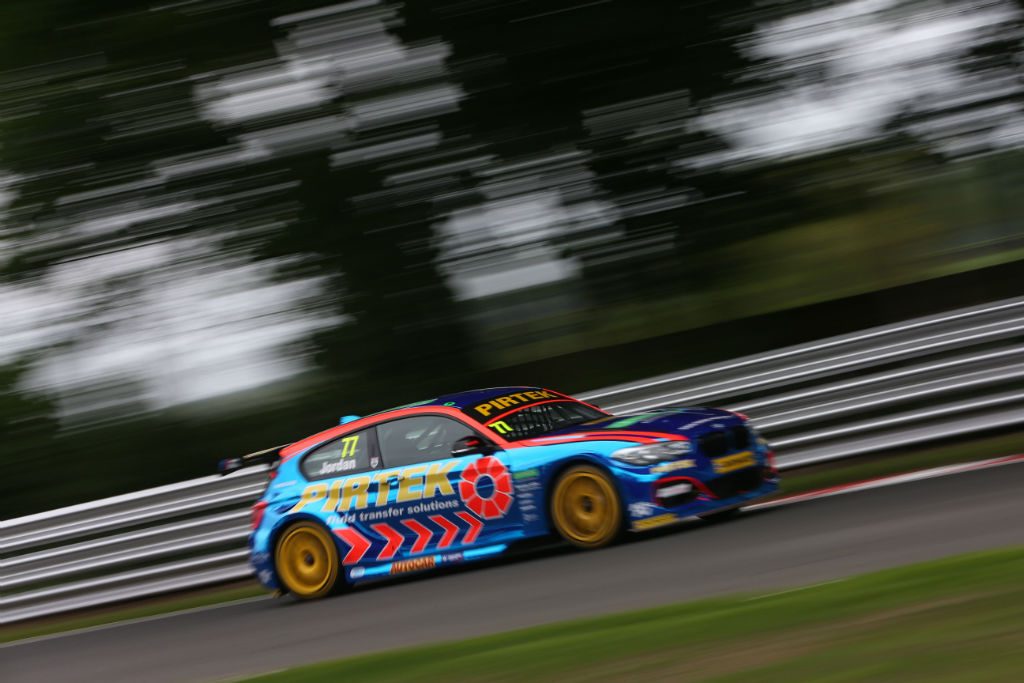 At the front and at the flag though it was Jordan from Neal, with Sutton taking third. Behind though was a different story, late race contact between Turkington and Moffat saw the two time champion drop back with an electrical gremlin.

Moffat would hold on to forth ahead of Collard, Jackson, Shedden, Cook, Austin and Hill in a race packed with action up and down the field. 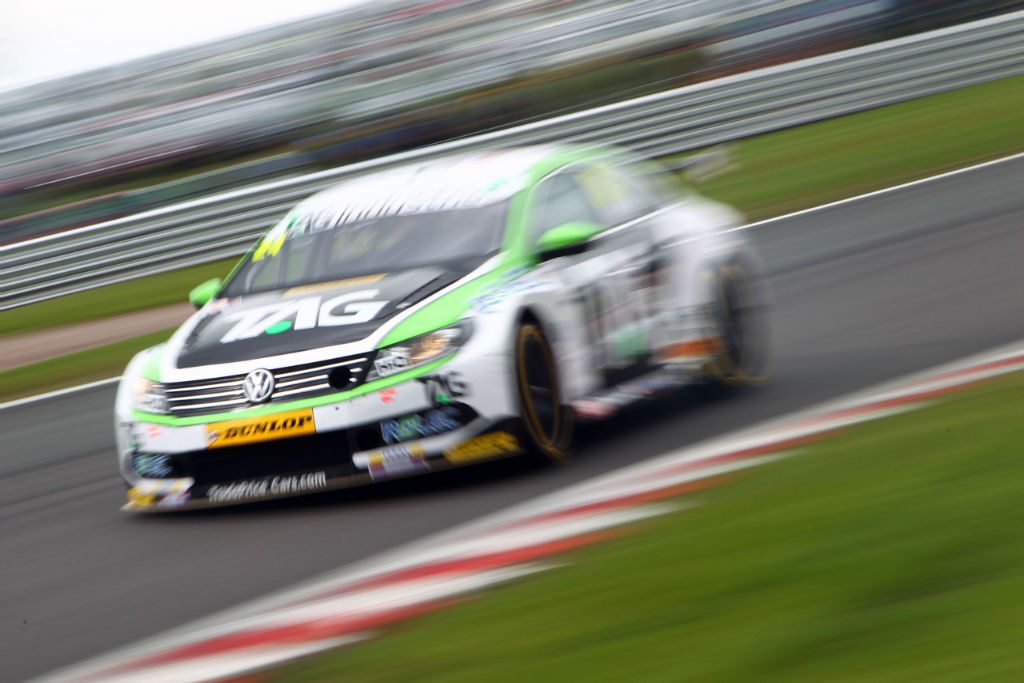 After a short delay for the removal of Adam Morgan’s MAC Tools Mercedes which caught fire on the warm up lap the grid lined up as per usual minus Morgan. At the lights the rear driven cars again got the start on the rest of the pack Jordan leading from Sutton and Collard. 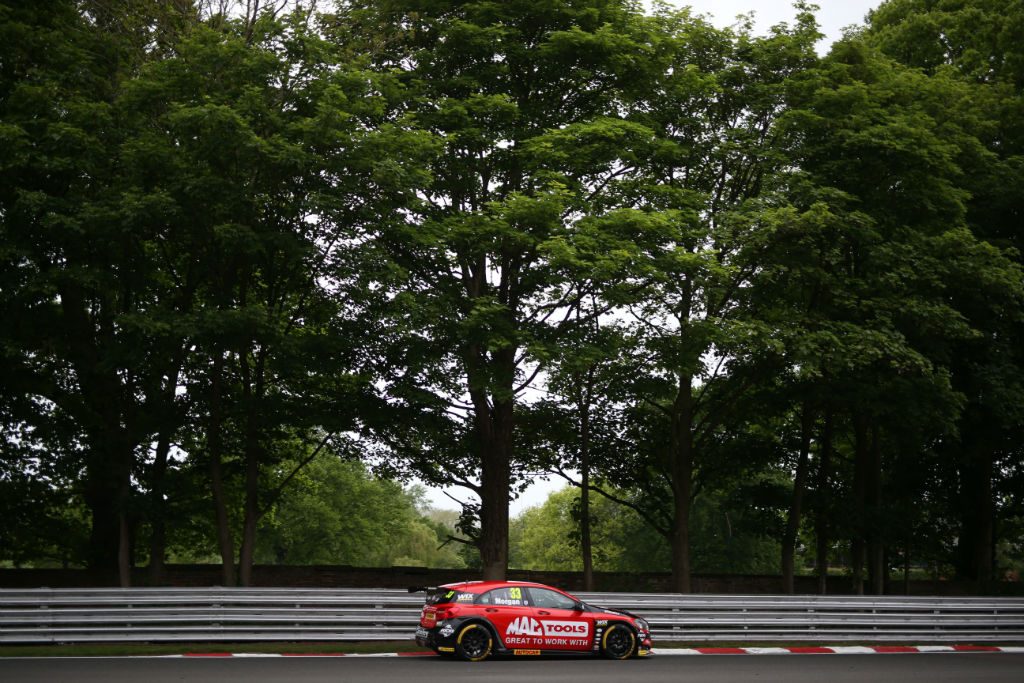 It wasn’t long before the Subaru was ahead of the heavier BMW and, once by settled down at the head of the field, Collard quickly followed but, once passed his team mate was unable to do much about Sutton, the Subaru driver matching the BMW mans laps as the race progressed.

Jordan quickly dropped back further, the weight in his 1 Series hampering him as the Honda pair of Neal and Shedden relegated the ’13 champion to 5th as an episode of damage limitation set in.

Sutton took the flag for his first win for Subaru at the circuit Subaru took their first BTCC victory, Collard followed home second while Neal and Shedden led Jordan home to complete the top 5. 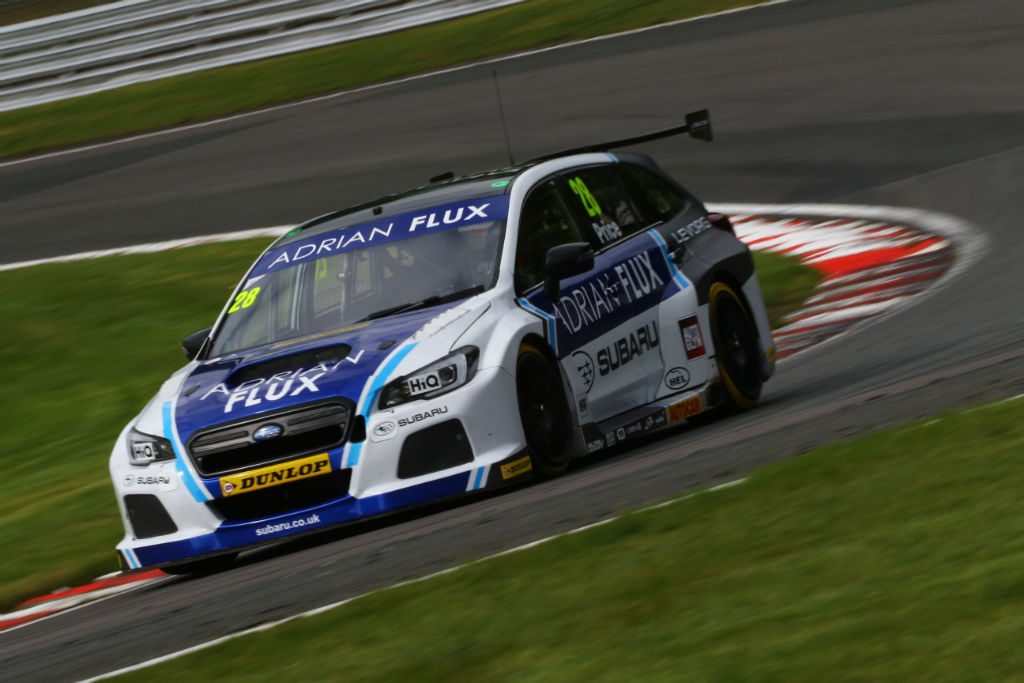 Behind, Cook, Jackson, Austin, Hill and Michael Epps in his HARD VW completed the ten. Just outside the top ten though, action at the line as Jeff Smith, Senna Proctor and Colin Turkington all touched sending Smith across the grass and Proctor over the line backwards! Proctor would later receive a reprimand for his part in the incident.

Cook lined up on the race 3 pole just ahead of Jordan, Shedden, Neal and the rest. At the lights, a expected, Jordan shot off but Cook held firm ahead of the works Honda pair and set sights on a potential podium. 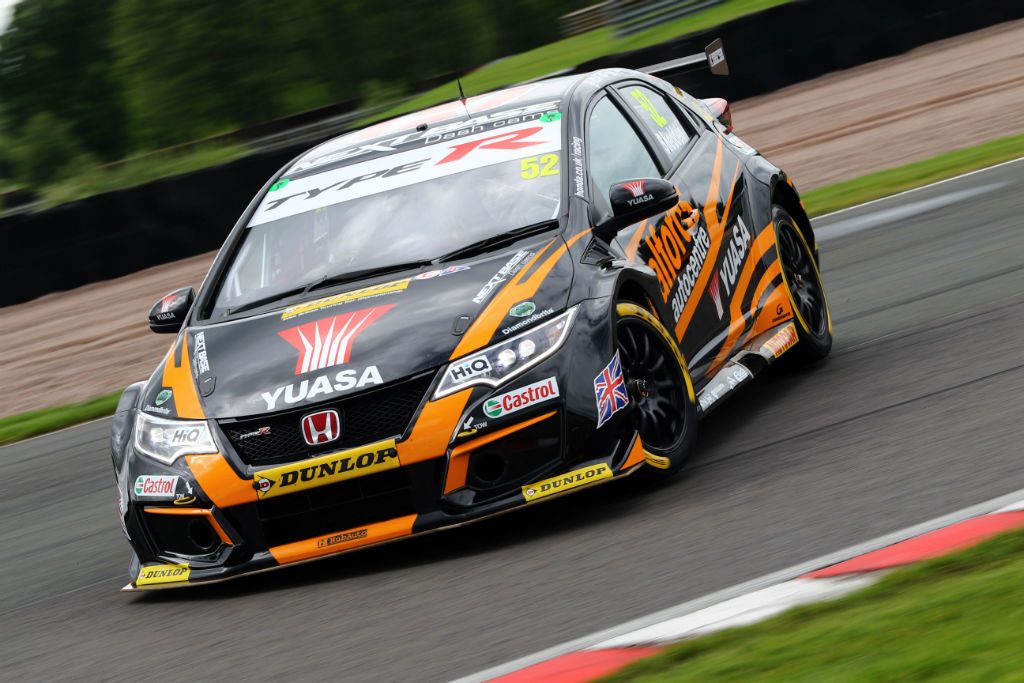 It was not to be however, a misjudged maneuver by Shedden – by his own admission broke the Focuses rear suspension and saw Cook out of the event.

More drama would follow when Moffat touched the BTC Norlin Racing Chevrolet of Dave Newsham bringing the safety car out. 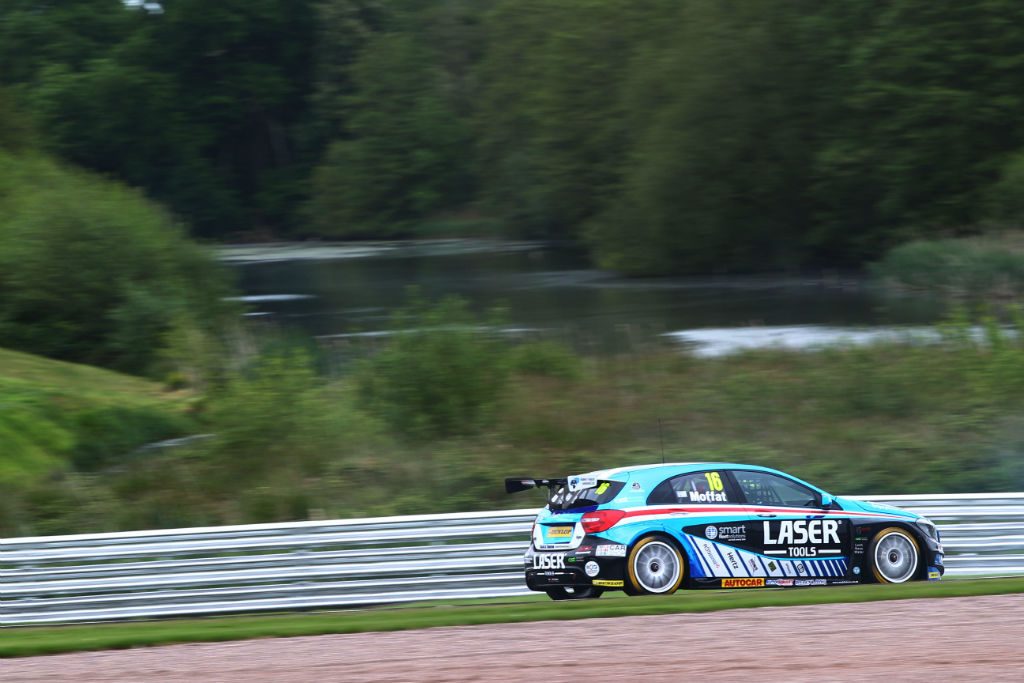 With the field bunched back up it wasn’t long before the Honda pair had passed the BMW of Jordan who would have to settle for third this time, behind, Sutton in his heavy Subaru was doing a great job of holding off the recovering Turkington and team mate Collard in the WSR BMWs

At the flag it was Shedden from Neal and Jordan. Sutton, Turkington and Collard up next ahead of Austin making it three top tens this weekend, Epps and Hill brought their VWs home next while Luke Davenport in his rookie season took a first top ten finish in his Shredded Wheat Focus.

Shedden now leads the championship after Tom Ingram had a nightmare weekend recording three non finishes and drops to third now behind Collard but just ahead of Turkington. 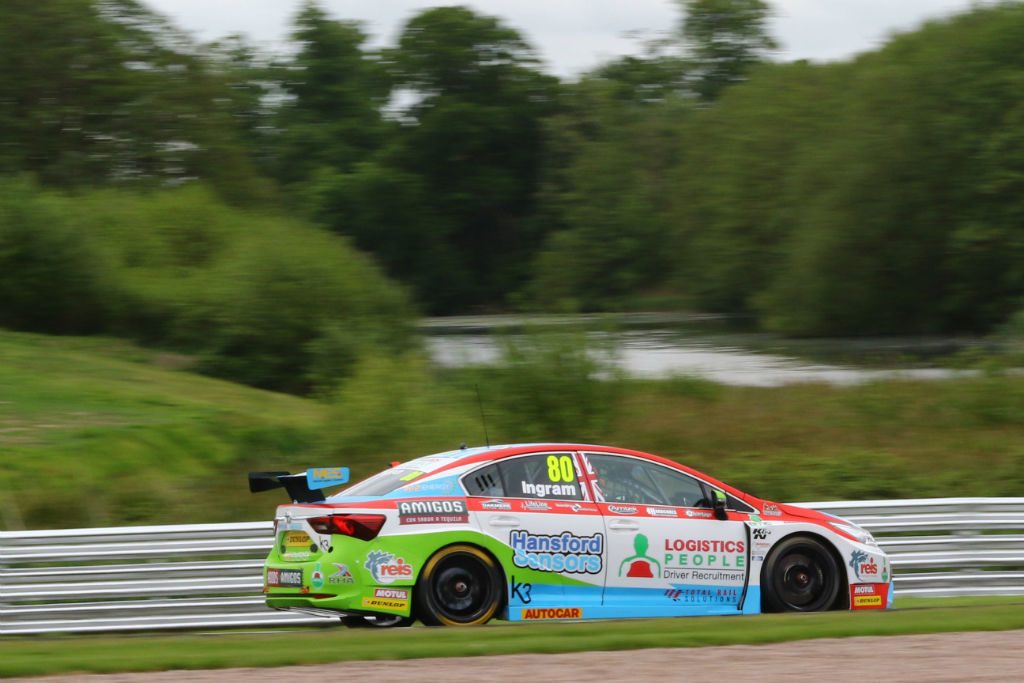 Croft is next up on the 11th of June, the halfway point of the championship, but this is far from over.