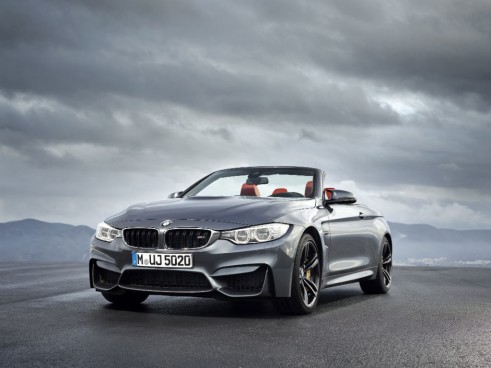 Following the Detroit reveal of the M4 coupe and M3 saloon, BMW has released first pictures and details of it’s new M4 convertible – on sale in September from £60,730.

This is the first M-power drop-top to appear since the German marque decided to split the numbering on it’s mid range saloon and convertibles. 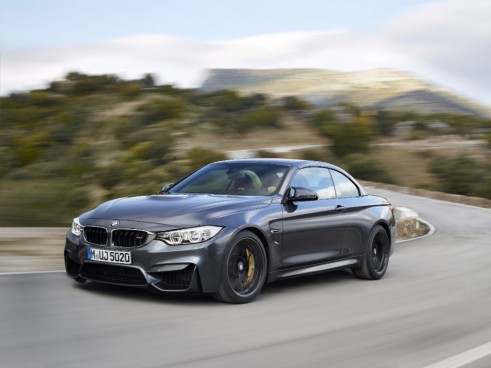 Under the bonnet the M4 convertible carries the same powerplant and drive as the M3 and M4 coupe sisters, but for an extra £4,000 over the M4.

That means a 431bhp, 405lb ft turbocharged 3.0litre inline six engine hooked up to either a six-speed manual or seven-speed double clutch auto, the latter costing an extra £2,645.

All that races the convertible to 60 in just 4.6 seconds (4.4 with the M DCT ‘box) and onwards to an electronically limited 155mph top speed.

This power is controlled by the same underpinnings as the M4, meaning a limited slip differential, M developed suspension and standard DSC traction control system. 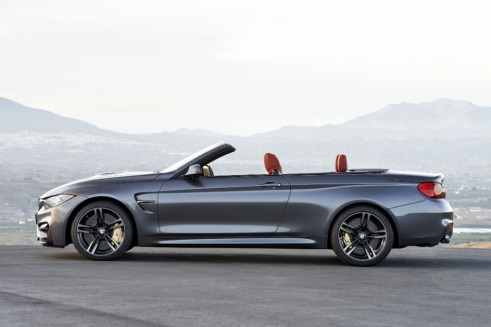 Outside a three-part folding metal roof, carried over from the standard 4 convertible, can be st0wed in 20 seconds.

That roof adds a 250kg weight premium over the coupe, but Ingolstadt’s engineers have worked on the car to create a 60kg reduction over the old M3 droptop. 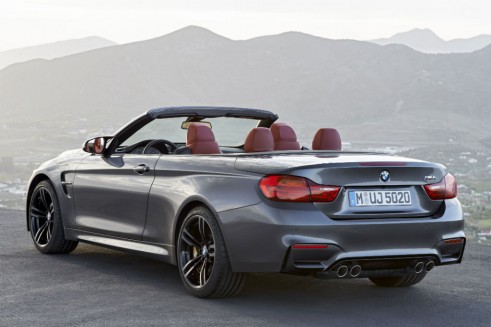 When it arrives the M4 will come with 19inch double-spoked alloys as standard and the same flared styling seen on the coupe.

Inside again it is the same as the M4, with liberal ‘M’ detailing including metal door inserts and sports seats.

At the back BMW say an innovative new loading system lifts the folding roof out of the way to allow users to get at their belongings easier in the boot. This has helped increase capacity to 370 litres when the roof is up, or 220 when stowed away. 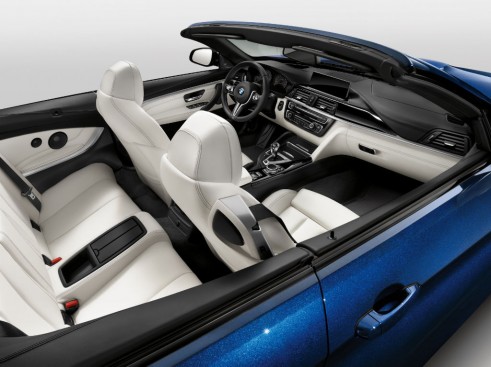 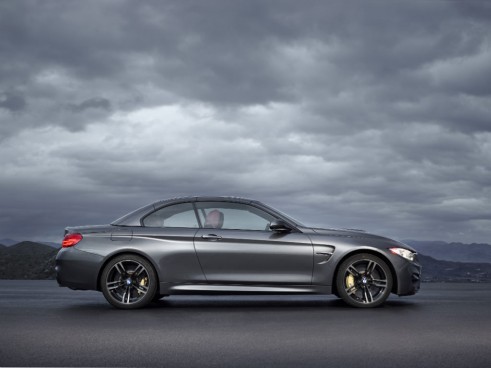 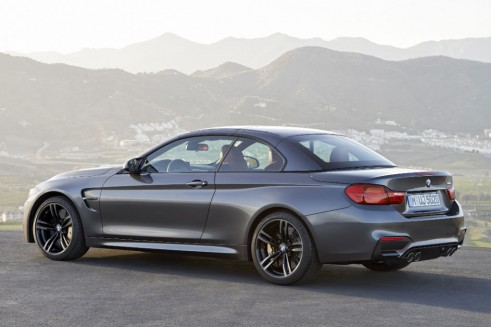 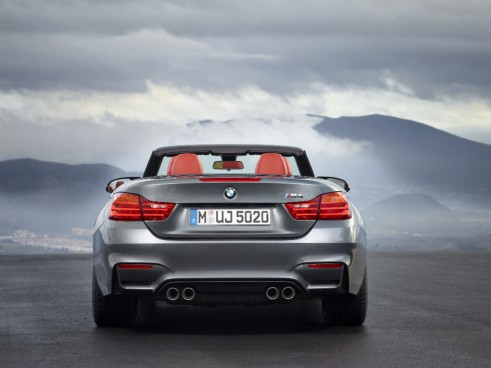 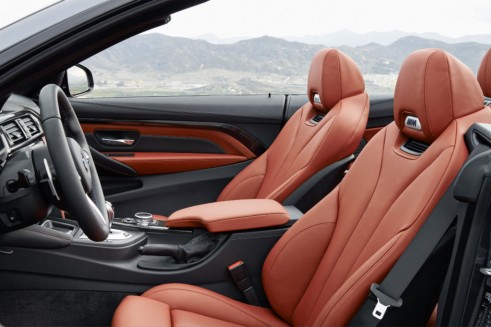 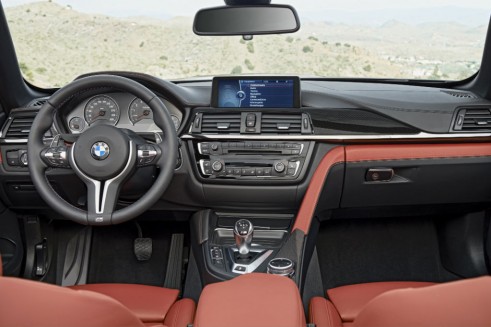 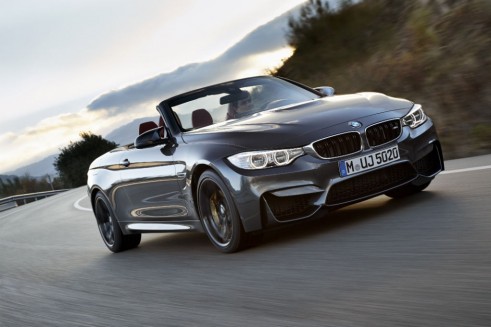 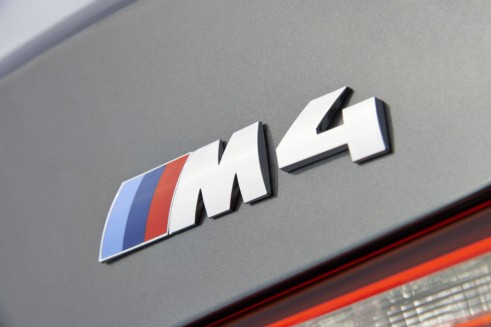