BMW Reveal i8 Roadster along with Updated Coupe

BMW have revealed an updated i8 Coupe and a brand new i8 Roadster today at the LA Auto Show.

The i8 first made its appearance 2014 and with it’s low emissions and futuristic looks, it’s the world’s best-selling hybrid sports car. 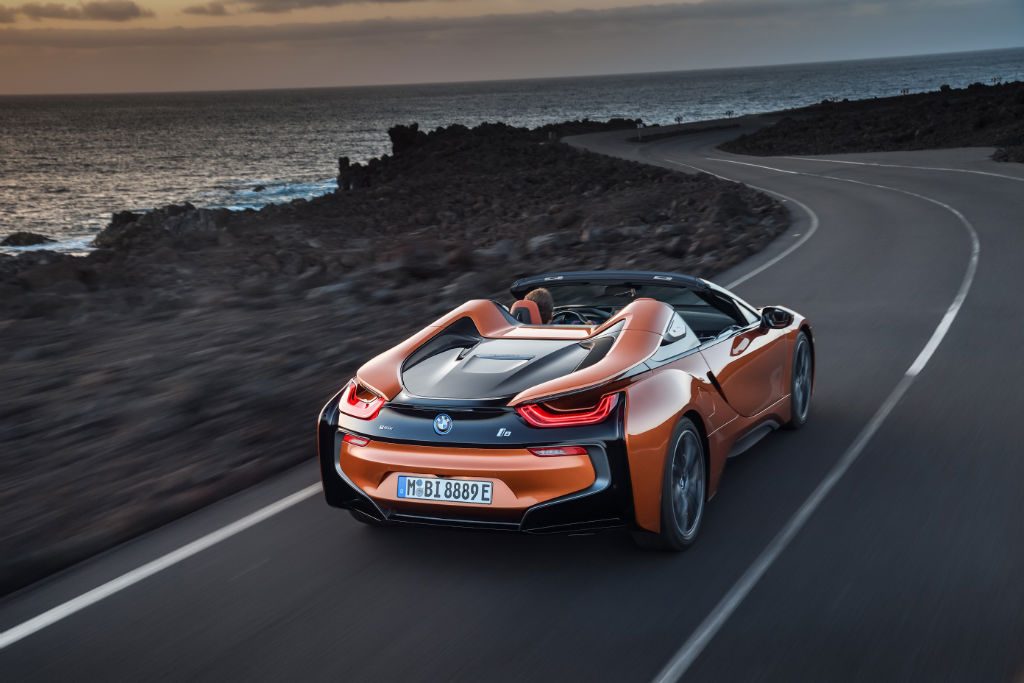 The BMW i8 Roadster comes with an all-season fabric soft-top with high-level soundproofing. The roof opens and closes almost silently in just 16 seconds and can be operated up to 31mph.

With the Z-shape folding, the roof leaves 100 litres of storage space between the roof box and the seats along with the 88 litres of space in the rear compartment.

To look at, the new i8 doesn’t look too different from the previous generation. There is subtle differences include dihedral doors and a different bonnet design. 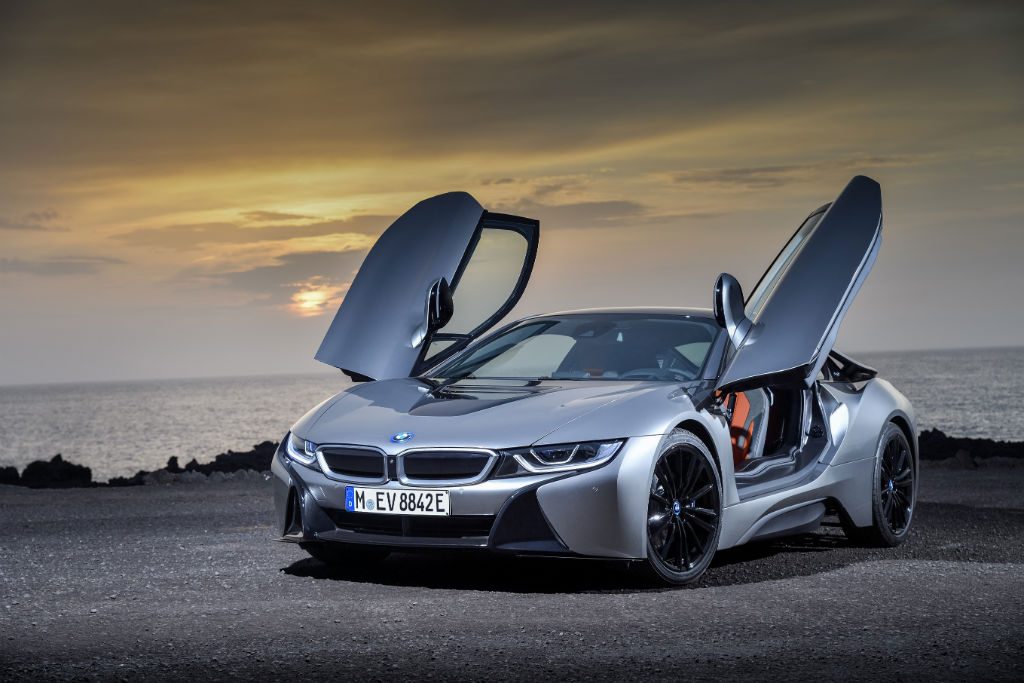 There are new paint colours like E-Copper and Donington Grey metallic have been added.

The i8 Roadster and Coupe also comes with exclusive 20-inch light-alloy wheels in a W-spoke design. Each wheel weighs one kilogram less compared to the previous.

The energy capacity of the i8’s lithium-ion battery has increased along with energy storage. All this has helped increase the power output by 12hp to 143hp.

It also means the new i8 Coupe and Roadster can power up to 65 mph on electric power alone. All electric mode range has doubled to 34 miles. 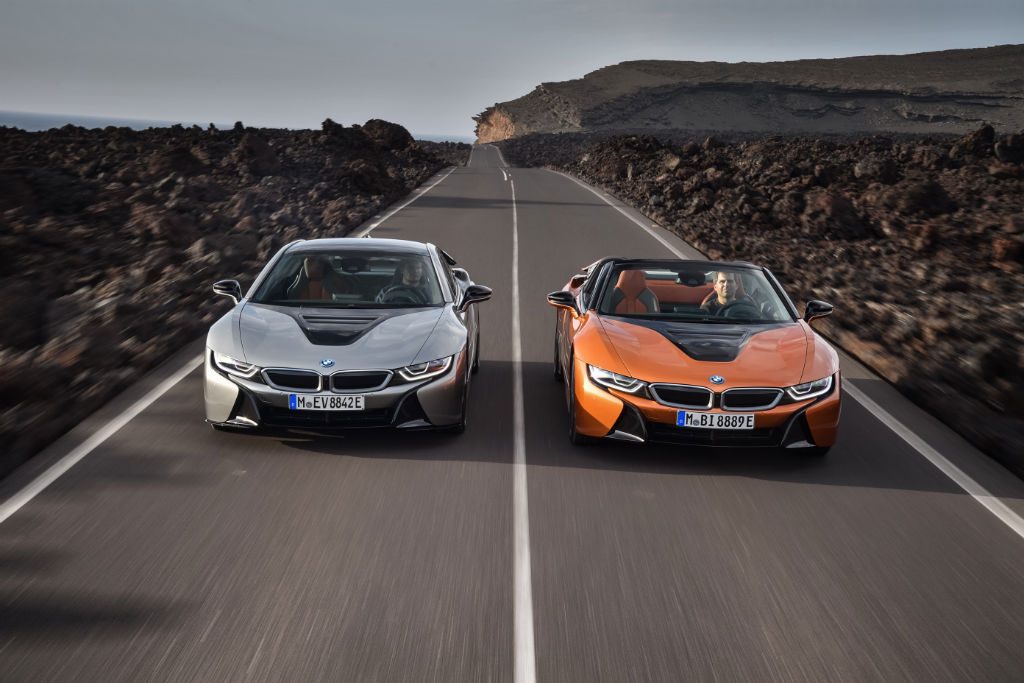 The three-cylinder petrol engine has been revised giving an improved sound and lower emissions.

Combined fuel consumption for the Coupe is 149.8mpg and 134.5mpg for the i8 Roadster.

Have you heard of all these engine types?