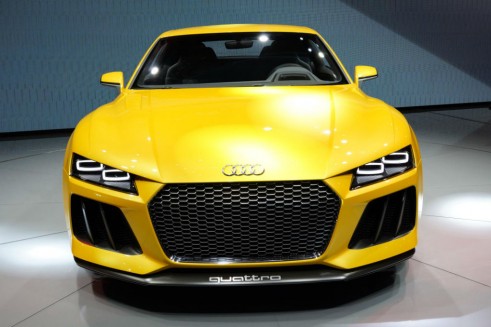 Apparently it is intended as a preview to a production model. However it will be position ABOVE the R8 so expect it to be a lot of dosh! 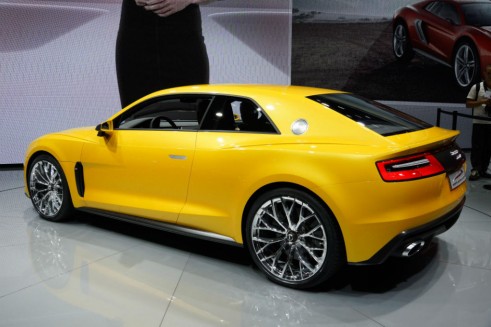 It is shorter, wider and taller than an RS5 Coupé, and will be able to run for 31 miles on electric power alone. This latest Quattro concept is heavier than the older 1300 KG 2010 version, now weighing in around 1850 KG, even though the use of aluminium and carbon fibre reinforced polymers are widespread in its bodywork.

We think it looks stunning! 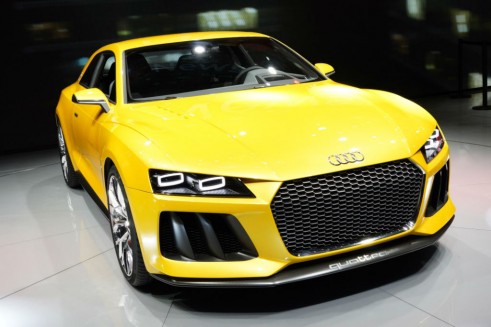 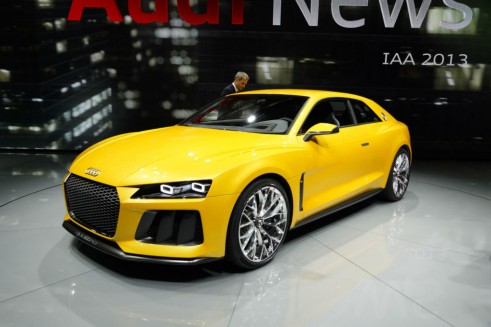 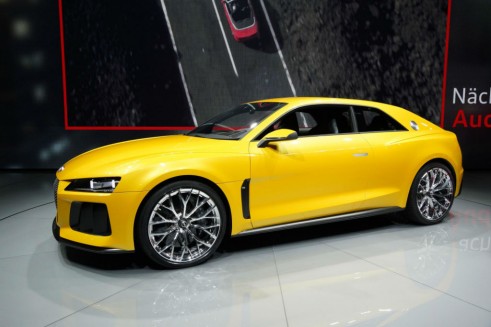 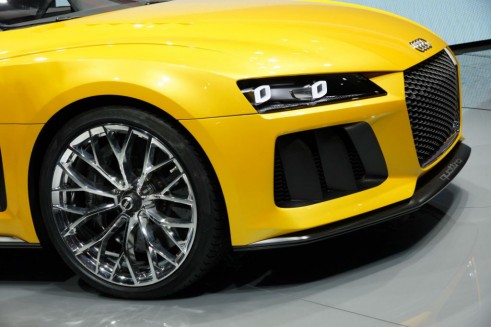 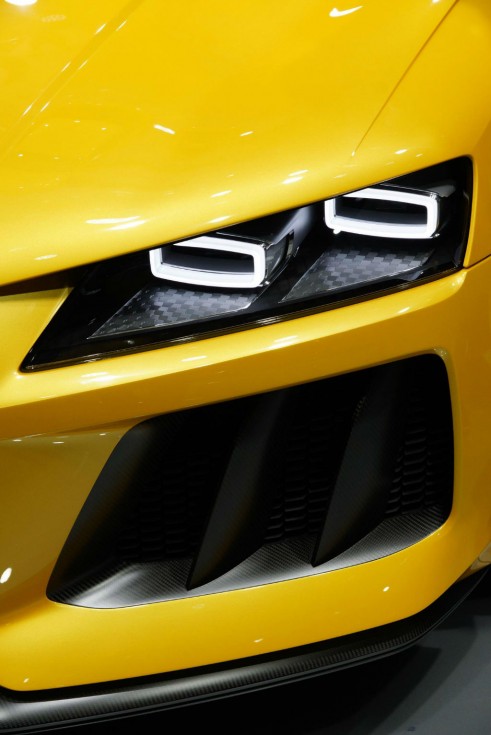