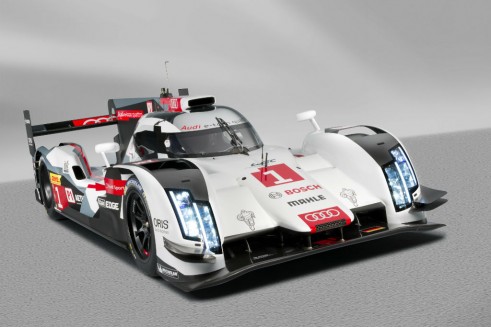 The daredevil stunt was carried out by nine-time Le Mans winner Tom Kristensen and saw the Dane fly through the streets of the French city just inches from parked cars. 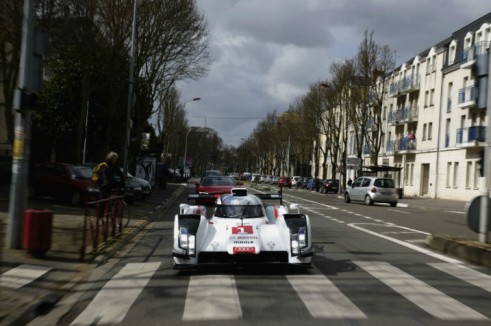 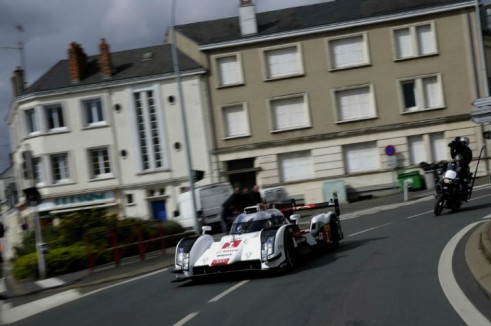 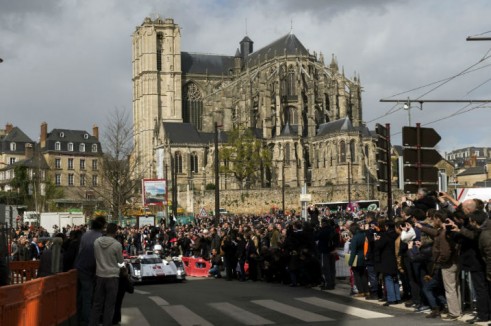 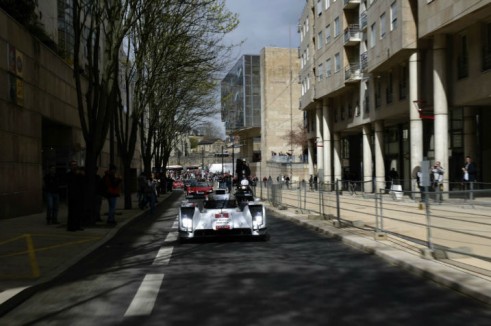 Showcasing an evolution of the livery used in 2013 the R18 shed the all-black paintjob seen in testing for a striking mix of black, red, white and grey.

The R18 will get it’s first public outing at Paul Ricard during the World Endurance Championship’s prologue test on Mach 28.

After that the team will head for the UK in late April for the first race of the season, the WEC six hours of Silverstone. 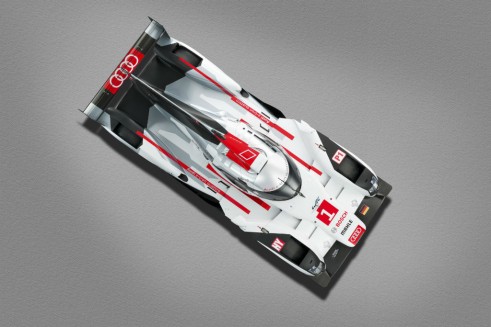 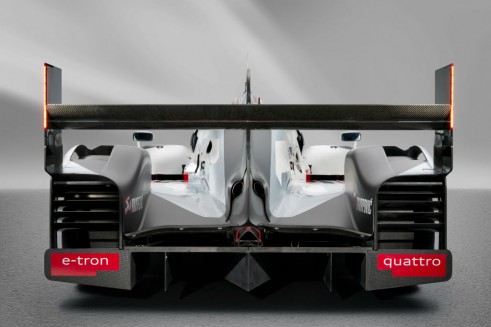 During a short press conference Audi also revealed a few details of the new racer.

After announcing previously it had discarded a second energy recovery system, one that would have regained energy from the exhaust system, Audi confirmed it will run with just it’s high-powered ERS-K system.

Alongside the 2MJ energy recovery will be a 4.0 litre V6 diesel engine.

We opted for this concept following extensive testing.

In our opinion, it provides the optimum balance between efficient energy use, size, weight, energy conversion efficiency, responsiveness, drivability and a favorable operating strategy – combined with durability, which is the basic prerequisite for success at Le Mans. 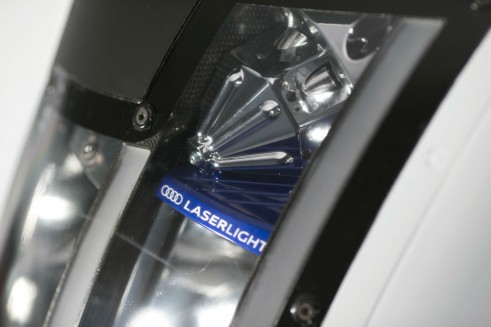 Audi will also be debuting it’s new laser light technology, designed as an upgrade from the LED lights that have become synonymous with Audi’s road cars.

Reigning FIA WEC champions Kristensen and Loic Duval will be joined by Lucas di Grassi in the No. 1 car.

Keep an eye out in the coming weeks for our preview to the brand new WEC season. 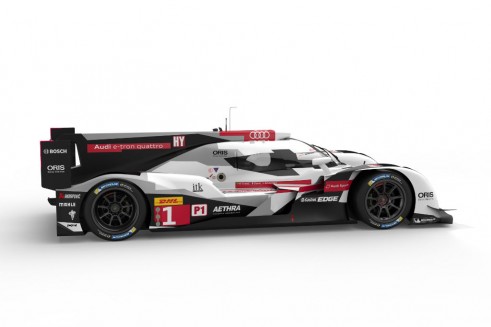 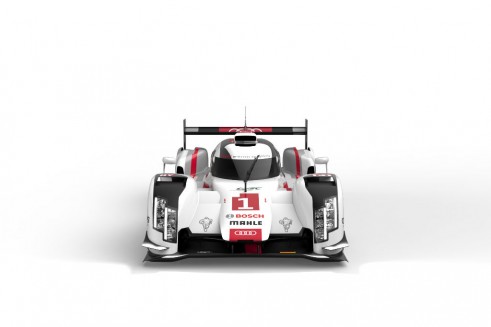 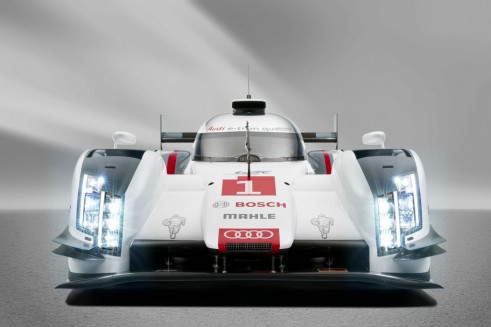 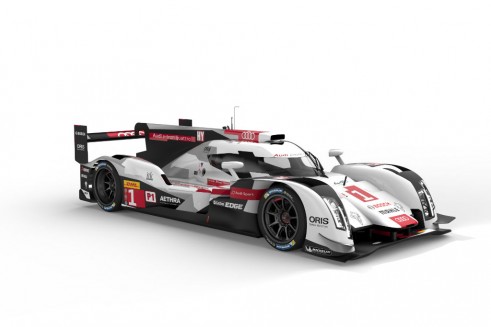 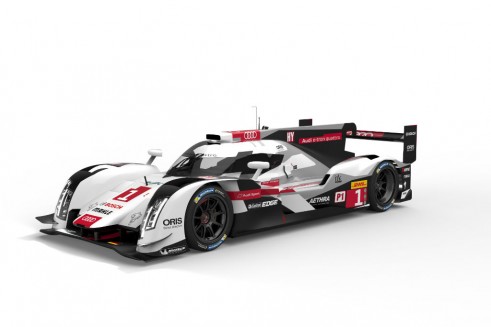