Audi releases most powerful R8 ever – complete with Lasers 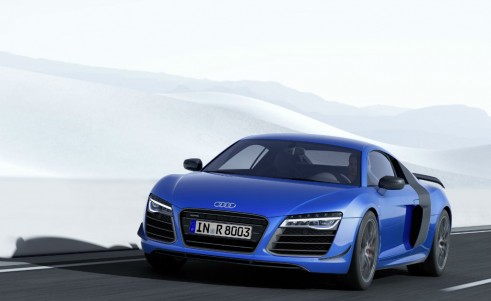 Audi has trumped its rivals to be the first manufacturer to bring out a road car with laser-powered headlights with the R8 LMX.

On sale this summer the limited run LMX will feature the same light tech that will debut on its R18 e-tron sportscars at June’s Le Mans 24 hours.

The lights, only active on high-beam setting, generate a light beam that shines double the distance of Audi’s trademark LEDs. 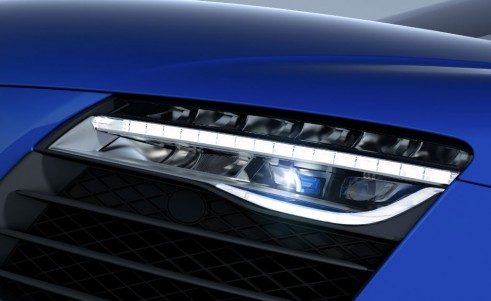 Audi say there will be four of these lasers in each unit, two on each car, that will be available above 37mph and they say will help drivers focus easier on the road ahead.

Two oval’s of light will be projected onto the floor way ahead of the car, but the units are designed to arc away from oncoming drivers to ensure they are not dazzled.

According to Audi the light will bounce straight back to the car rather than scattering, meaning the only effect of the lights is on the R8’s pilot.

Want one? Hurry, just 99 will be made each featuring 19inch alloys containing carbon ceramic brakes as standard. 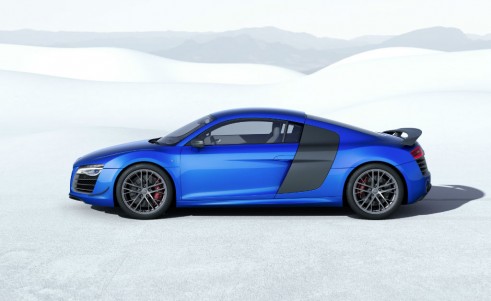 Outside a custom blue paint job and bright red calipers show this is a special edition as well as a fixed spoiler fitted to the rear.

All the grilles, including the upright goatee on the front, will be finished in titanium gray while the wing mirrors, side inserts and diffuser are made of matte carbon. 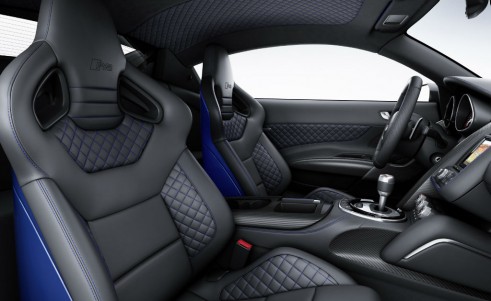 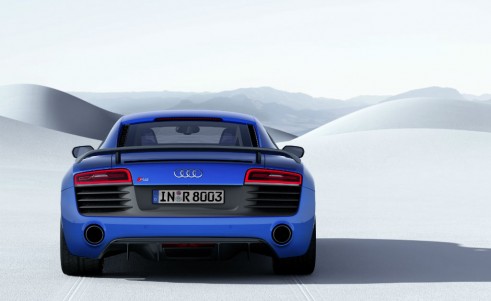 A Night with a Mercedes Benz S Class