By the time the Geneva Motorshow shuts its doors, what I tell you about the new 2015 Aston Martin V12 Vantage GT3 won’t matter much, because it’ll be sold out.

As it stands Aston plans to manufacture just 100 of this ultra exclusive laser focused track attack machine which can trace its routes back to 2005 when the original V8 Vantage hit the roads. 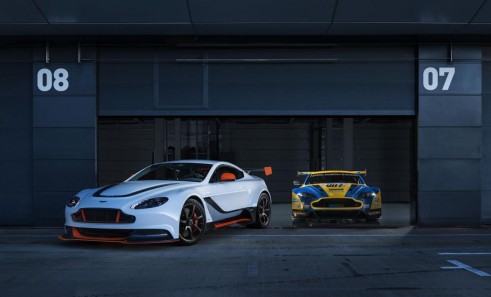 Far from the sub 400bhp 4.3 litre V8 of ten years ago, the GT3 packs the biggest punch the Vantage has brandished to date with it’s 6.0 V12 delivering nearly 600bhp to the rear wheels via a modified iteration of the V12S’ Sportshift III transmission.

New to the AM57 mule is the magnesium inlet manifolds and titanium exhaust, which both aid the significant 150kg weight saving over the V12 Vantage S in its lightest specification.

Everywhere else extensive use of carbon fibre contributes to the GT3s admirable diet programme. 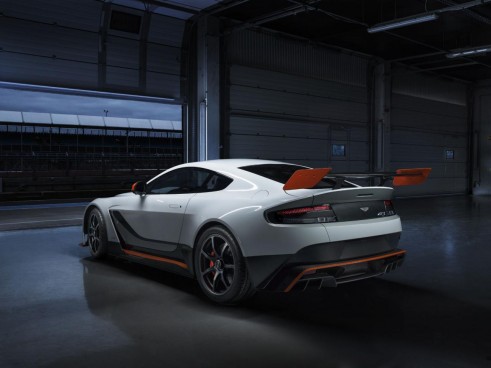 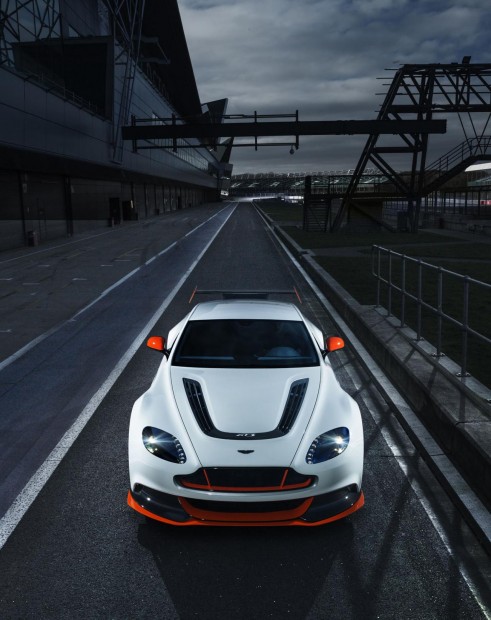 Styling wise it packs all of the punch you’d expect of an ultra exclusive limited series run out model. We have a bonnet peppered with cooling louvers whilst the rear diffuser, spoiler and front splitter come with the racer for which this road car is named firmly in mind.

The GT3 is a serious bit of kit with real downforce coming from those aerodynamic additions. Significant extension is added to the Vantages footprint too with a 15mm widening at the front and 33 at the back respectively.

Although fundamentally a road car, the GT3 unlike its V12S sibling is very squarely intended by its creators for track work.

On the inside we have what I and many others were praying for for the V12S; an interior that carries over from its Vanquish sibling. That raked console a la One:77, touch sensitive buttons and chiselled instrument binnacle do wonders to hide the age of the Vantage form.

Carbon backed seats are a given in this most dynamically focused of Astons whilst a new swish infotainment system somewhat juxtaposes the apparent very one dimensional nature of this car. 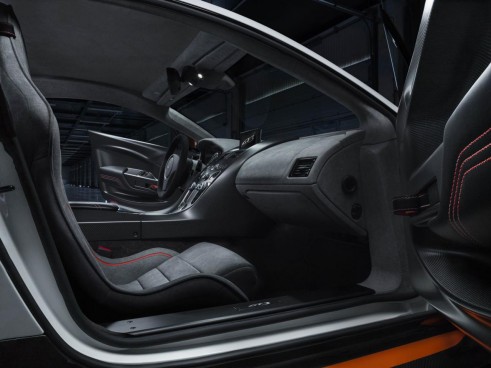 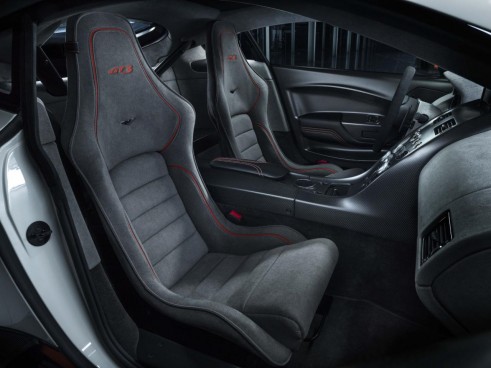 If there are any left by the time Aston pick up the phone to you, you can expect to shell out a cool quarter of a million pounds for the honour of ownership with a visit to Astons Q branch to individualise your GT3 that inch further, likely costing a few quid more.

Additional lightweight options are also purported to be available. Following an extensive program of tuning adjustment and modification and an official announcement of power output, owners can expect to have their cars around Autumn time. Until then we should see the GT3 make its first public appearance next month at Geneva.

As a side note, I do wonder how much more life the Vantage has in it.

I feel like an interior and rear end facelift courtesy of the Vanquish, a front end makeover with allusions to the sensational CC100, the 8 Speed ZF box, some lightening and a few engine touch ups could see the V8 and V12 Vantage through for another four to five years at least.

I know if such a thing were to happen many would spit down at Aston for hanging in the past, but i’m just not quite ready to see the current range committed to the history books just yet, at least not the Vantage. I think a smooth transition into the new AMG influenced range is also essential.

If we are to fall backwards into it after getting a taste of this most delicious and extreme of old school Astons, that bitterness toward the new generation might just be that little bit sharper. It’ll be a sad day when it comes.

Bentley Continental and Flying Spur Facelifts Revealed Ahead Of Geneva