Late last year the UK Government announced the ban of new petrol and diesel cars by 2030, but there’s still a massive lack of affordable EV’s out there. Well, MG are hoping to change this with their ZS EV.

For the money, you get a mid-sized family crossover with a range of around 110 miles over everyday driving. Now before you think ‘Pfft that’s not much’, when did you last drive 100 miles in one go?

100 miles would cover the majority of people’s commutes in a week. 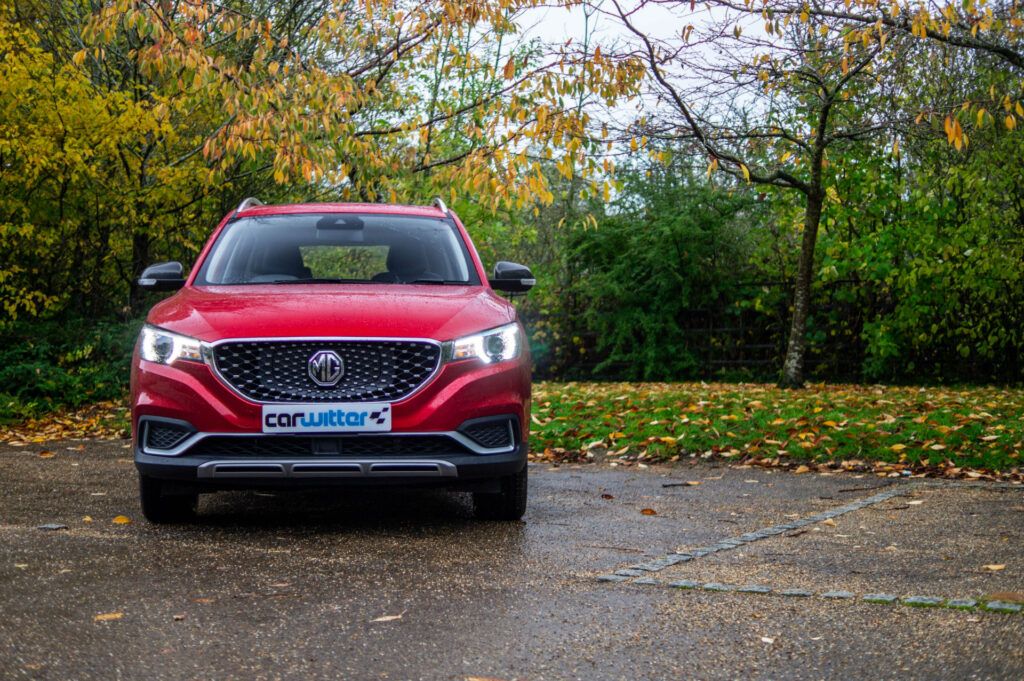 MG already make petrol versions of the ZS, and the EV version looks no different. The charging port is at the front underneath the badge, and the batteries sit beneath the floor, so you don’t lose any room inside.

Look under the bonnet, and you find masses of space where a fossil fuel burner used to sit, now there are high voltage wires, and a motor sat between the front wheels. 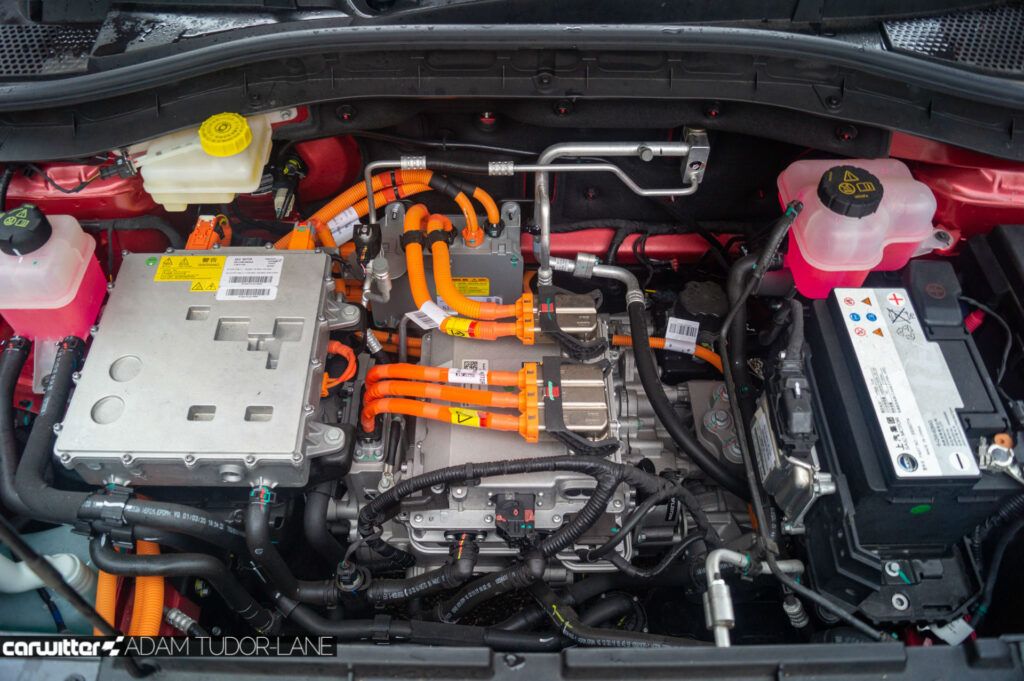 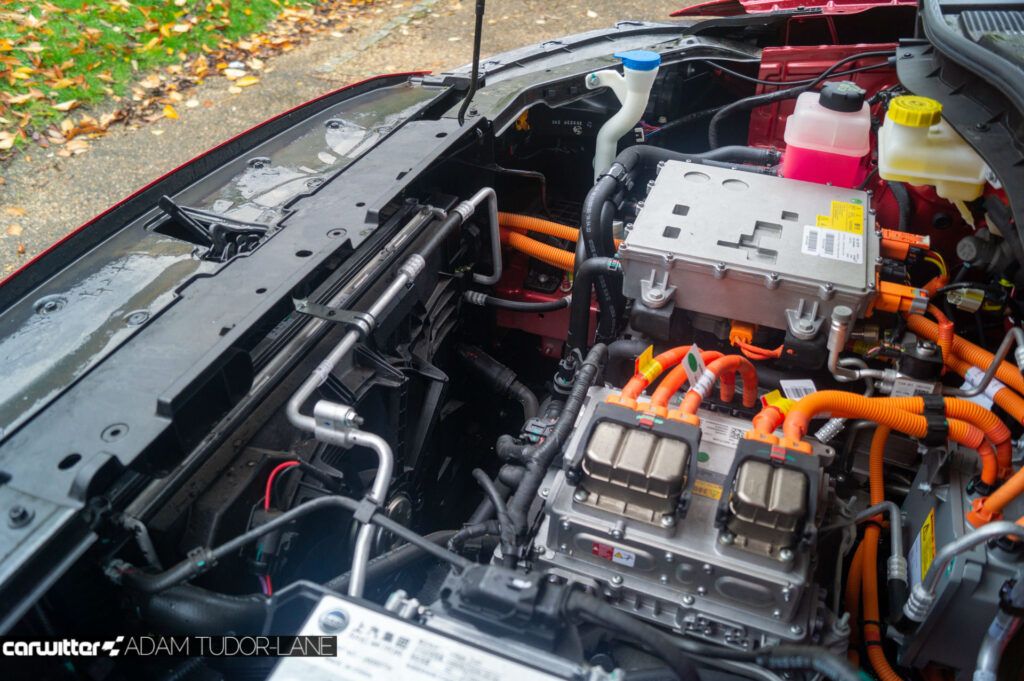 Just because this is a wallet-friendly EV doesn’t mean you lose out on the way an electric car drives, you still get that instant torque, with the 0-60 sprint in just 8.2 seconds.

Prod the throttle with too much vigour while the wheels are anything but straight and the waft of burning rubber will greet your nostrils within seconds, so watch out for tyre wear on those front wheels if you don’t drive with finesse.

Around town, the gearless nature of the ZS makes it a joy to drive, nipping in and out traffic, or pulling out from a junction and getting up to speed rapidly almost make it the perfect urban vehicle.

There’s even a rather F1 ‘Kers’ button, which adjusts the level of regenerative braking, it effectively makes the ZS a ‘one pedal’ car when in its strongest setting, so you barely have to touch the brakes. 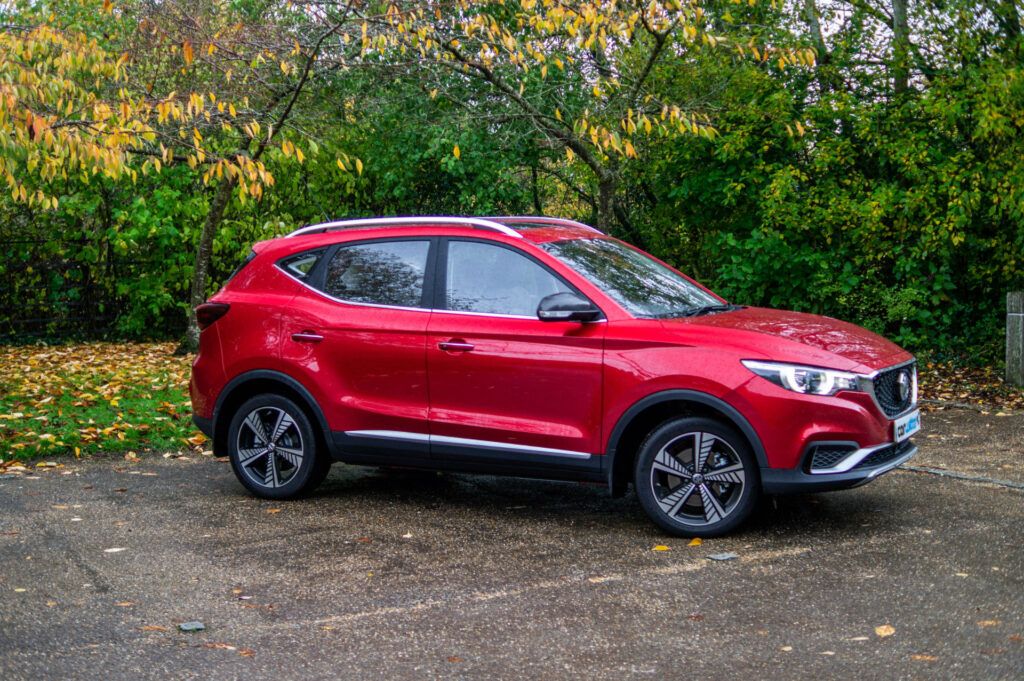 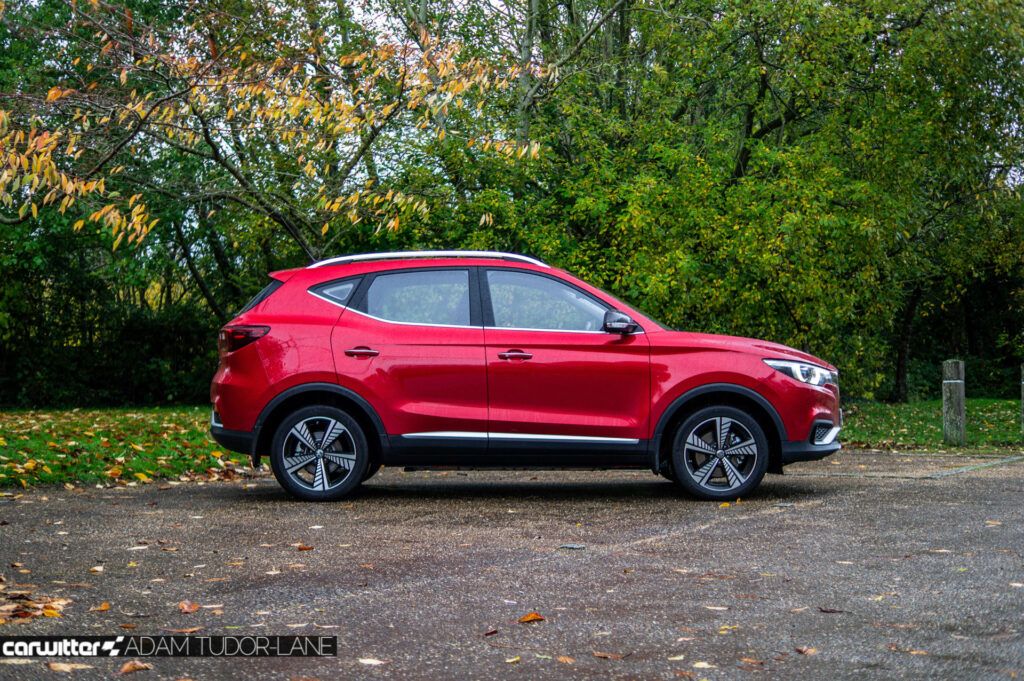 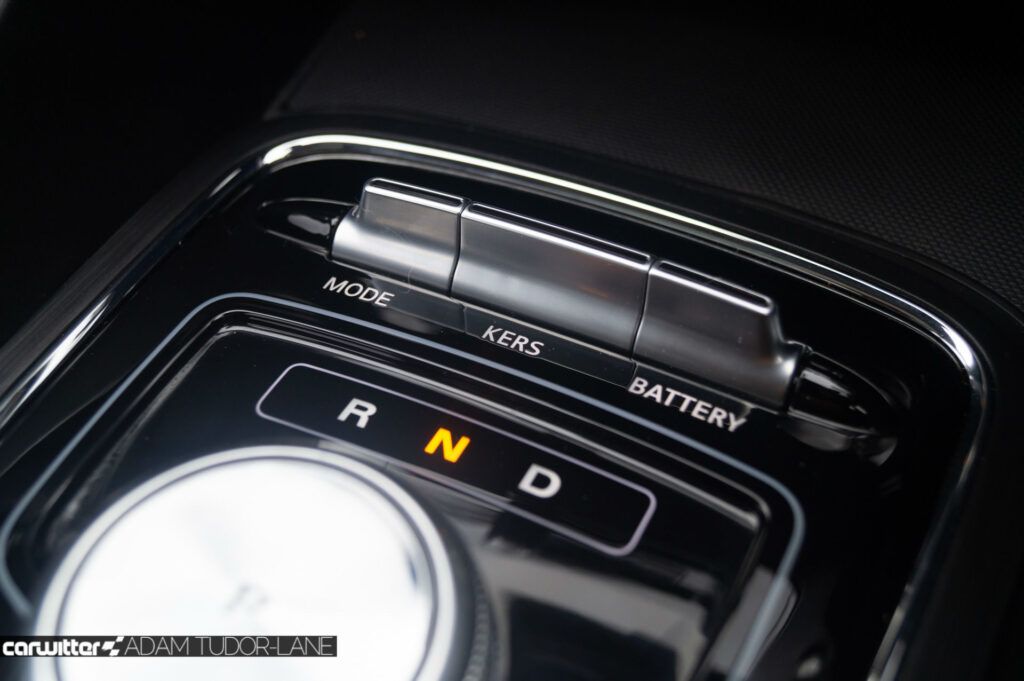 Ride is on the wobblier side of soft; most EV’s are sprung stiffly to counteract the weight of the batteries. Not so here. While it’s soft and cossetting at lower speeds, it becomes a bit jilted and unsteady at higher ones, almost like you’re floating above the tarmac with little connecting you to the road.

One thing you’ll undoubtedly notice is how quiet the ZS is, mainly because you don’t have a lump of metal up front containing small explosions every few seconds. Instead, you’re greeted with a sci-fi style whirring from the motors whenever you accelerate.

Built in rapid CCS charging allows a 0-80% charge in 40 minutes. Pluging in at home from empty would mean a full charge takes 6.5 hours from a 7kW connection. 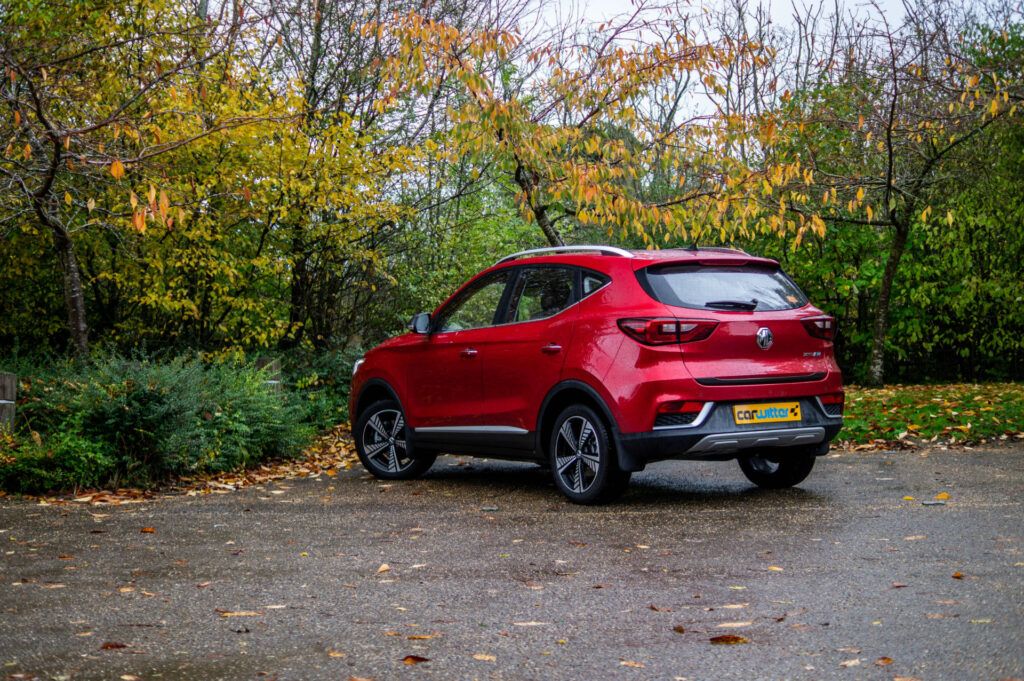 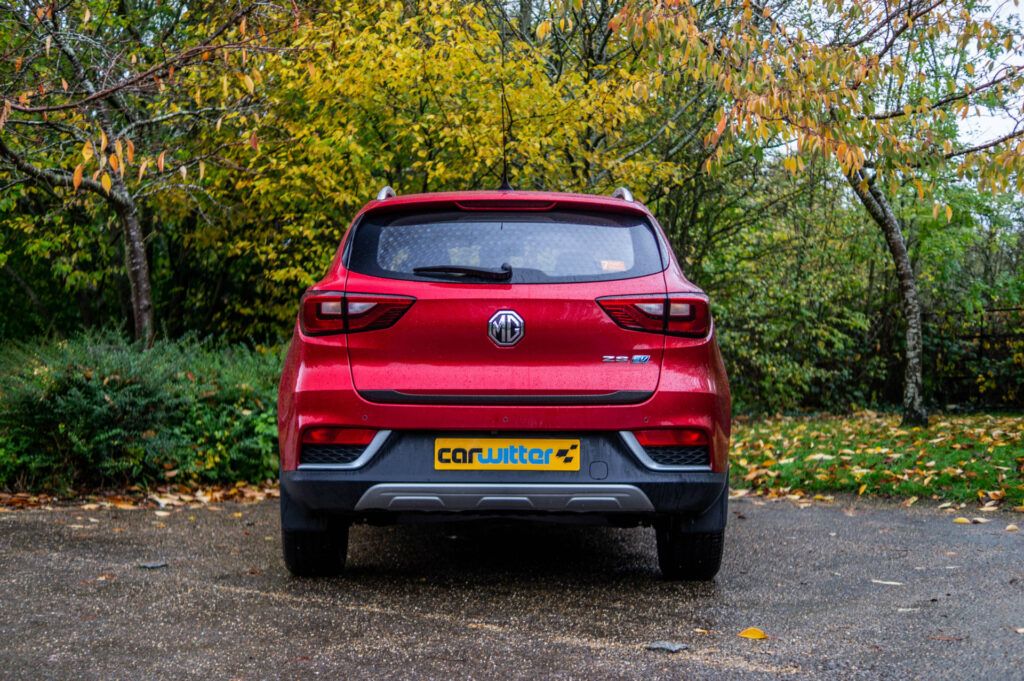 Inside is fairly plastic fantastic in terms of build quality, not a bad thing, but it’s all clearly built to a specific price point. Everything feels firm enough, and all the touchy-feely bits are suitably premium which helps mask the rest.

Infotainment is managed by the large central screen which is pleasing on the eye but can be tricky to navigate, with menus becoming clunky and the responsiveness limited. 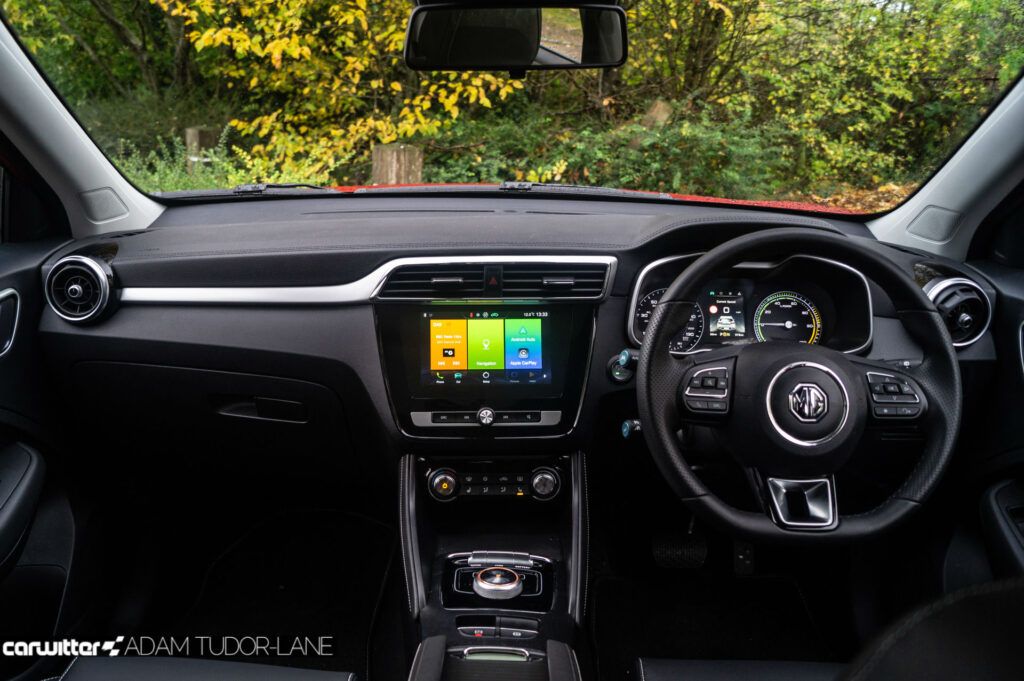 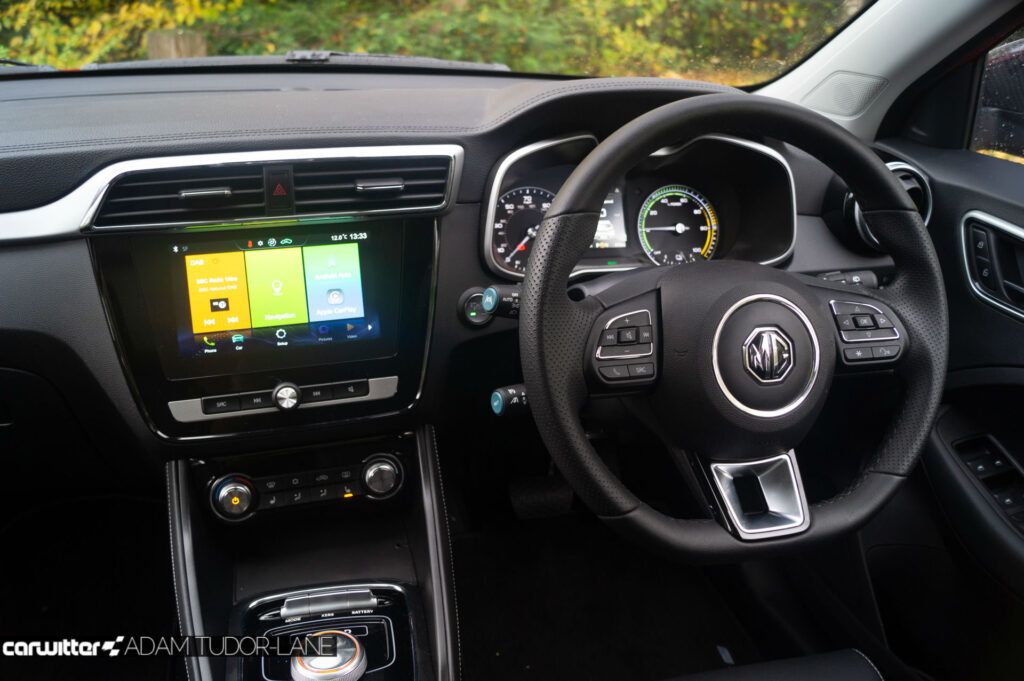 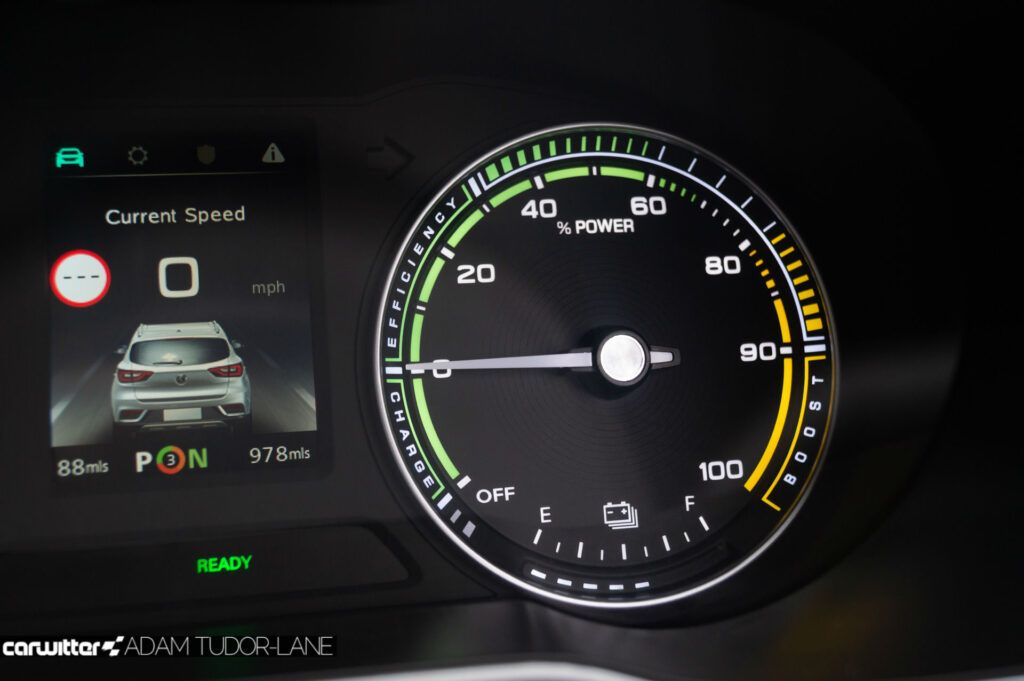 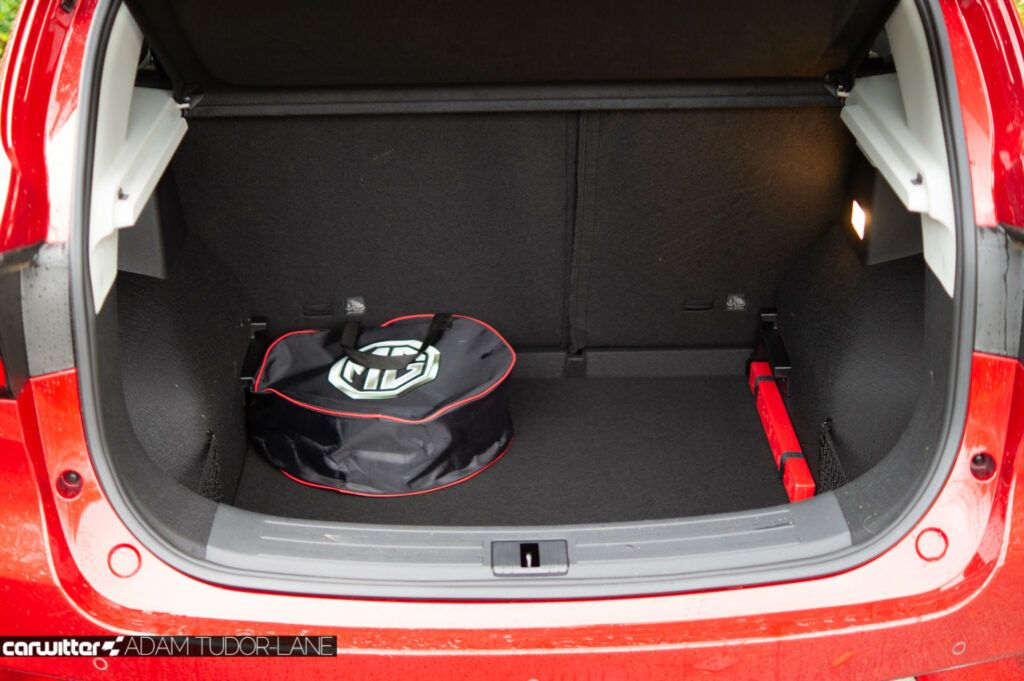 On the plus side, four adults can easily travel in comfort with rear seat leg and headroom being generous for the segment.

Boot space is equally promising at 470 litres, which is more than the non-electric ZS, beware of the incredibly deep lip though, heavier objects will be a struggle. 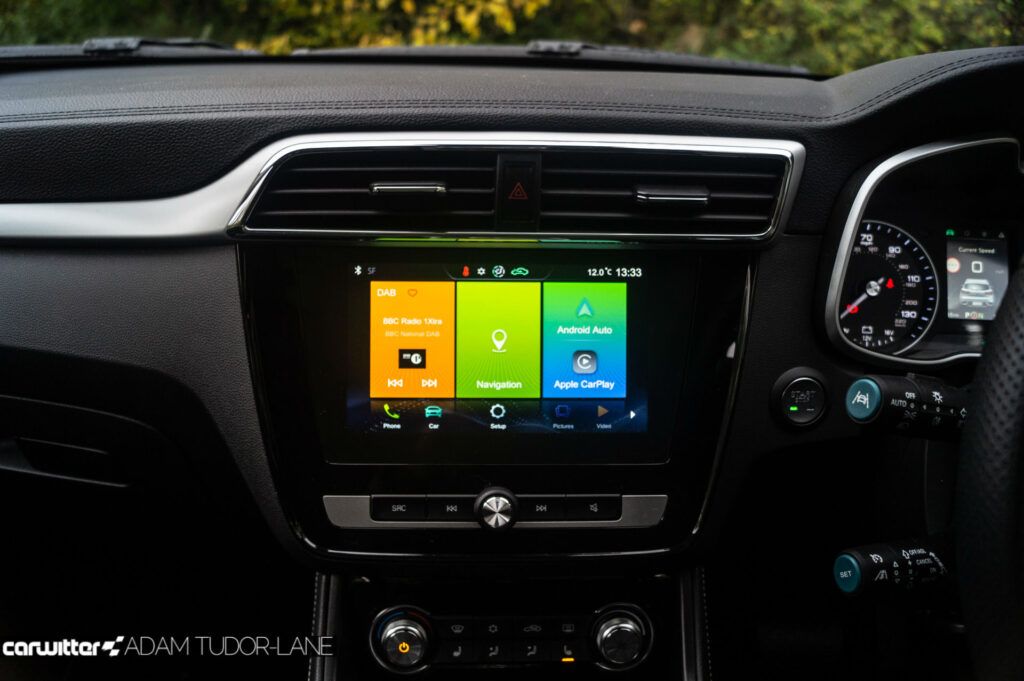 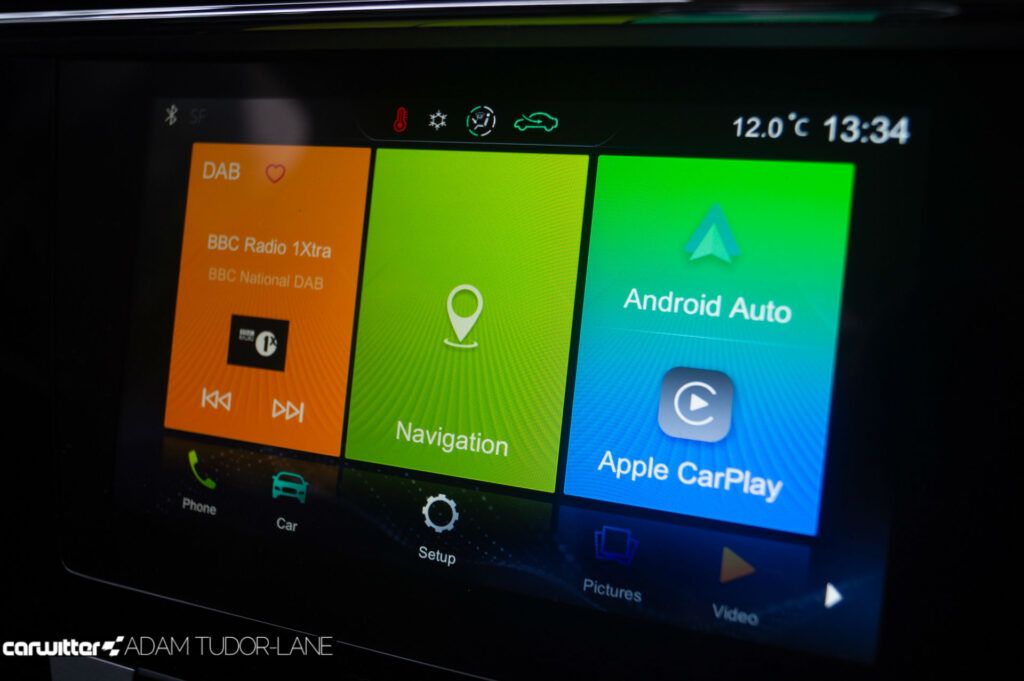 MG has shown that a decent sized family car can be competitive on price in EV form. Similar money will have you looking at a small hatchback, yes it will likely have greater range, but you’ll be sacrificing size.

Think about how you really use your car, the mileage you do week to week, the cost of servicing and of petrol or diesel.

If it doesn’t make sense due to your mileage, then a ZS EV could easily be a great second car for the school run, shopping of a weekend, or commuting. 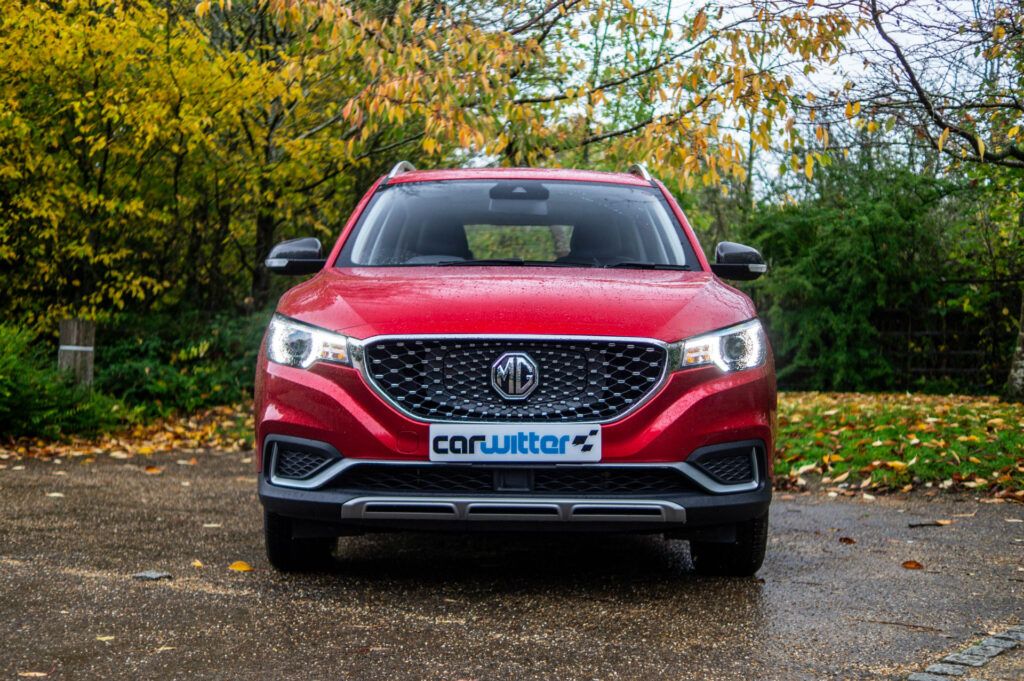 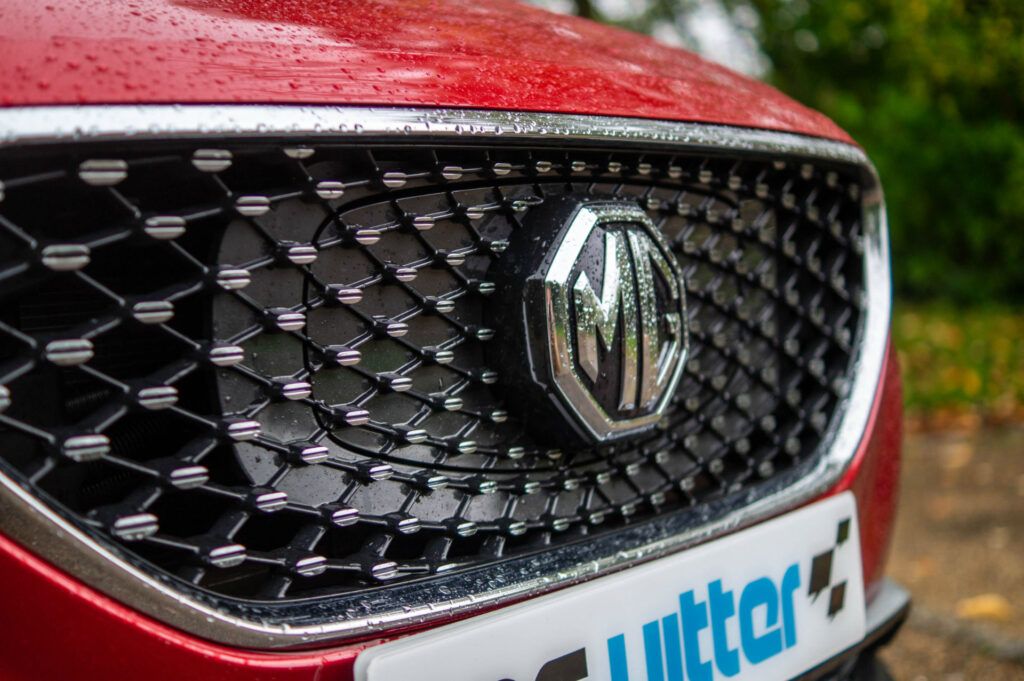 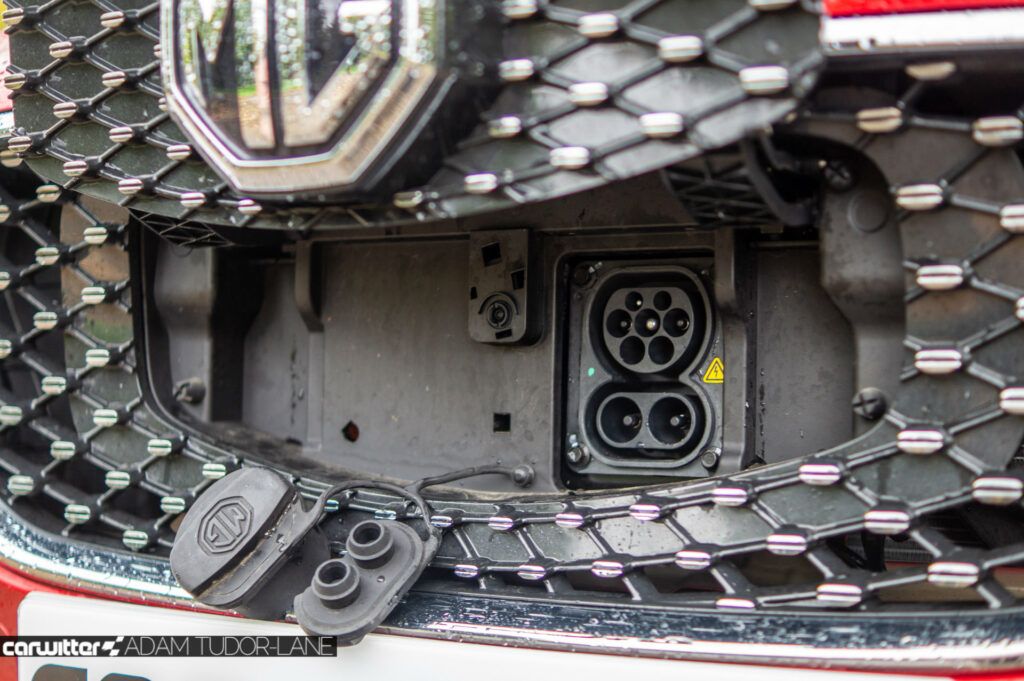 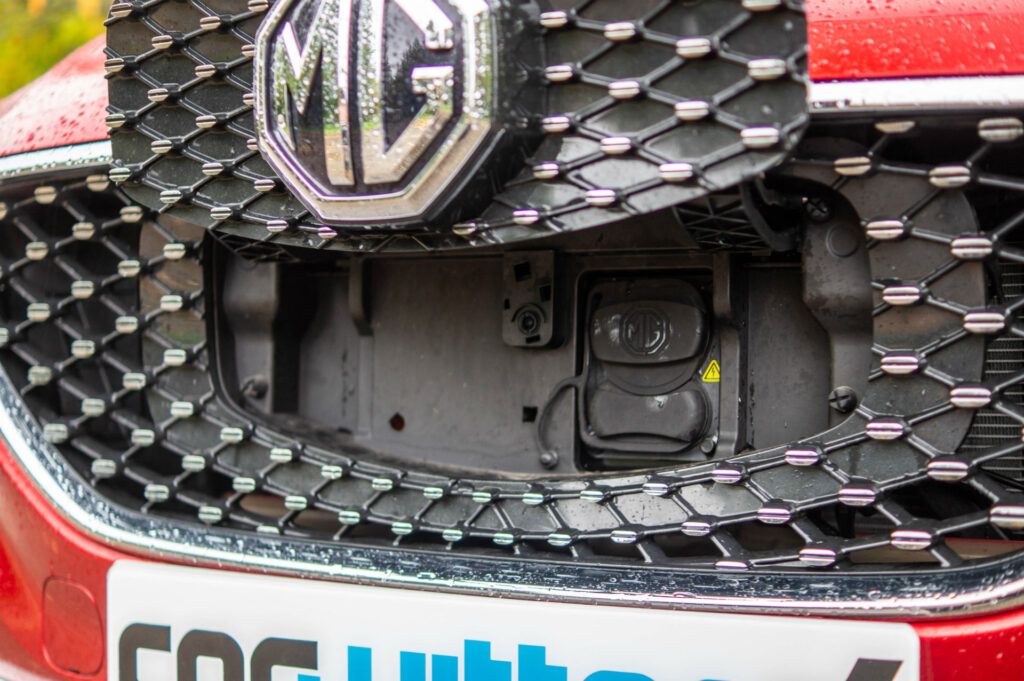 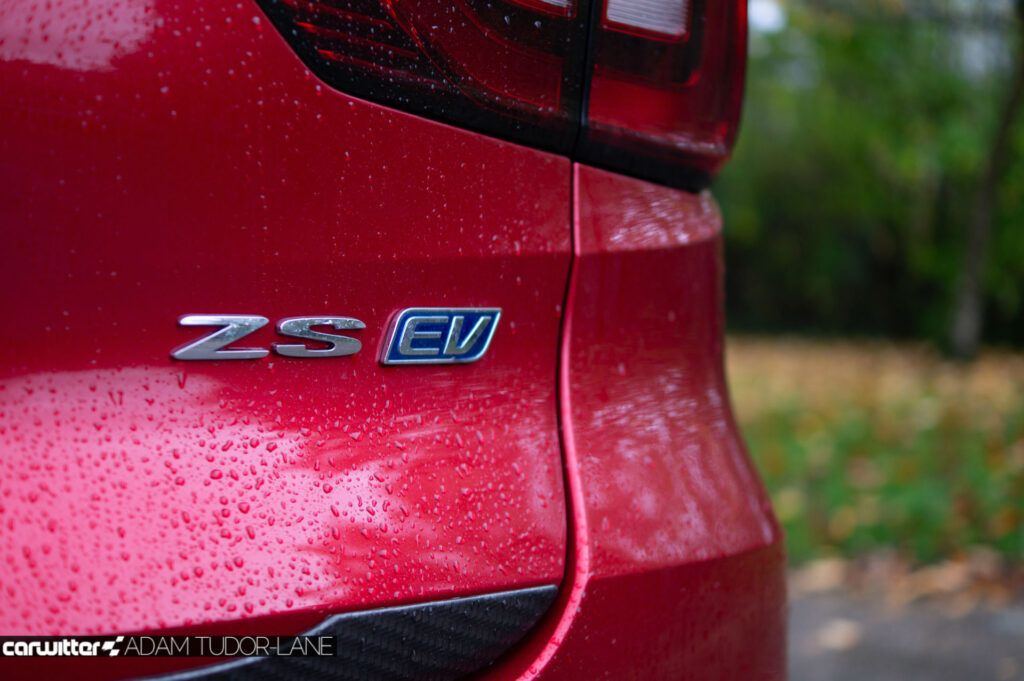 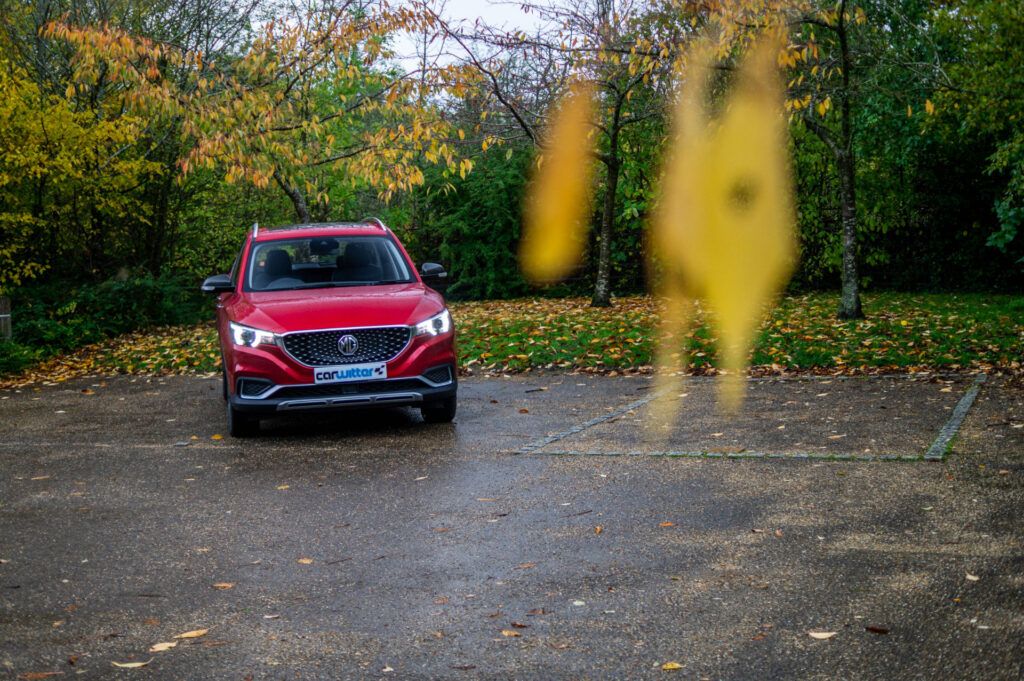