SEAT’s last gen Ibiza has been around for nearly 10 years. I remember seeing it on the stand at the last UK Motor show way back in 2007. Even after a ‘facelift’ the poor Ibiza pretty much looked the same as it did back then.

A new model is long overdue, but finally the latest iteration of the name that began in 1984 is here.

Prices start from £13,130 for the best avoided, doggedly slow non turbo 1.0 litre. But if you want a proper car with, you know…better than walking pace acceleration then the SE with the TSI engine starts from £14,595. 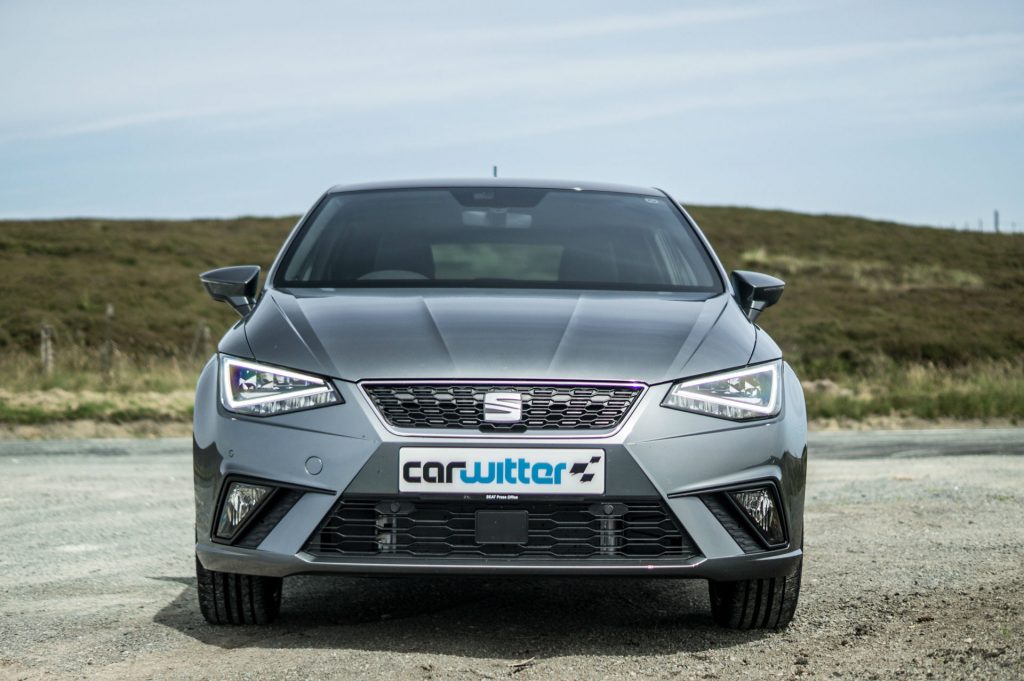 So the fifth gen is more of an evolution than a revolution in terms of looks. Sadly, the three door ‘SC’ has been culled. Nobody buys three door hatches, Renault killed them off with the Clio and now SEAT have followed suit.

Interestingly enough the Ibiza is the first car to use a new VAG MQB A0 platform, and the car was designed and developed 100% by SEAT. So I don’t want to hear any of that ‘but it’s a Polo’ talk just yet. 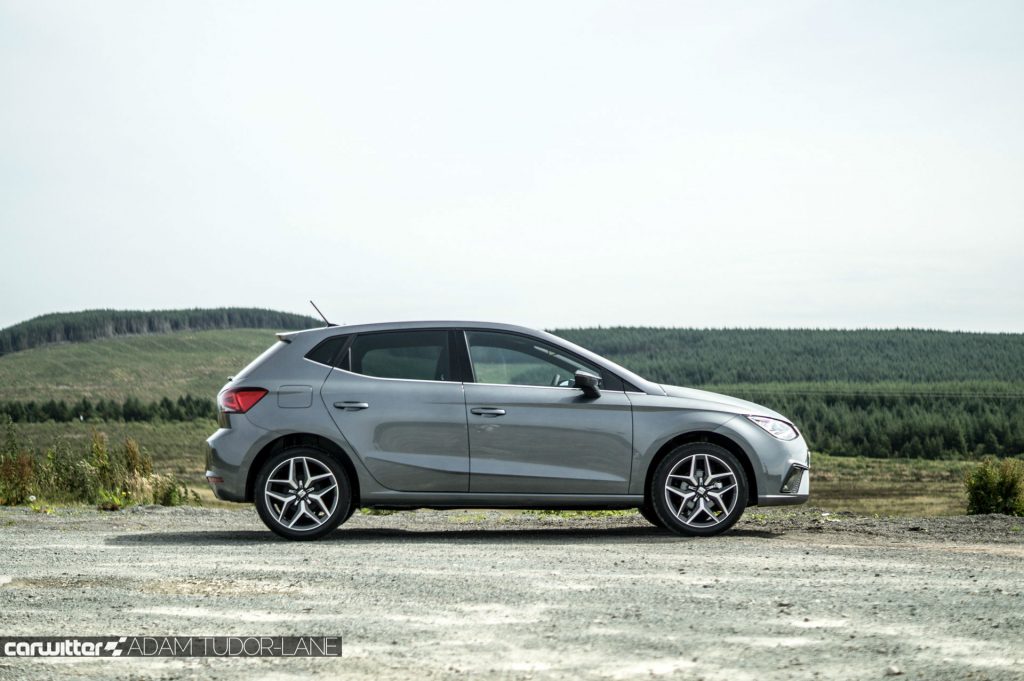 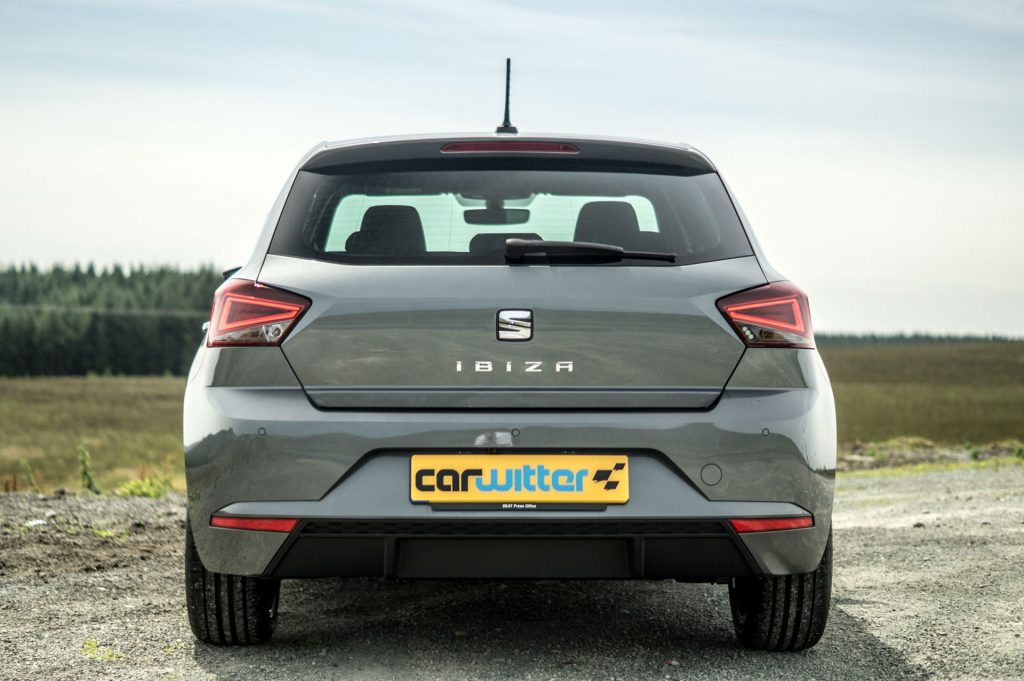 All the lines are the same, just crisper. The whole car looks taughter and leaner. Headlights have been pushed right out to the edges. The rear end is more upright, and all of the lights are now an LED work of art.

But by and large it’s a development of the older five door model. 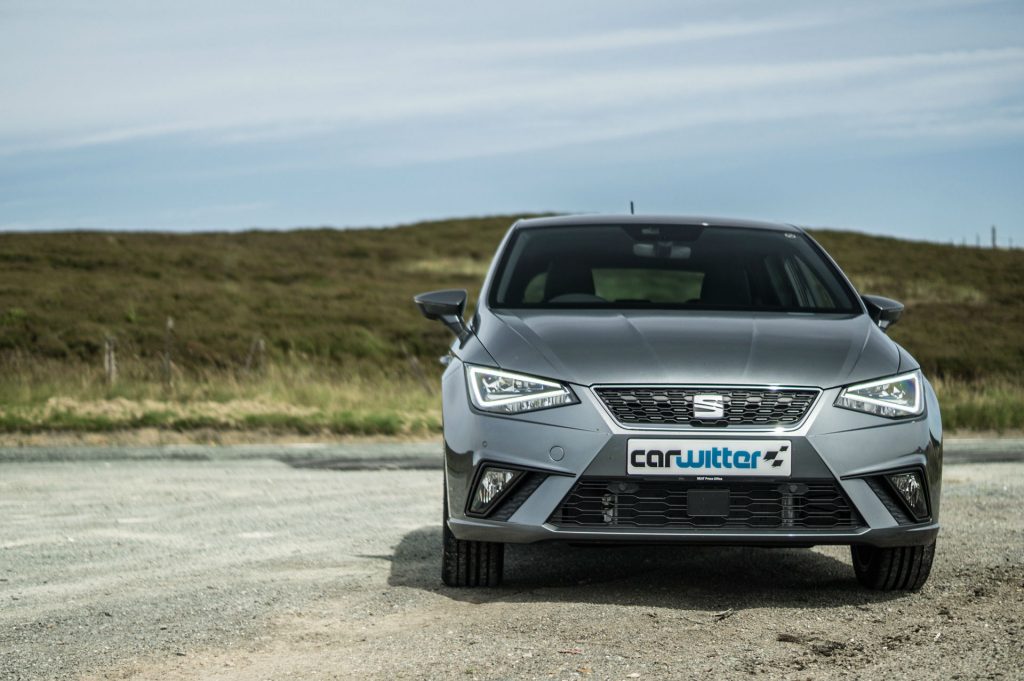 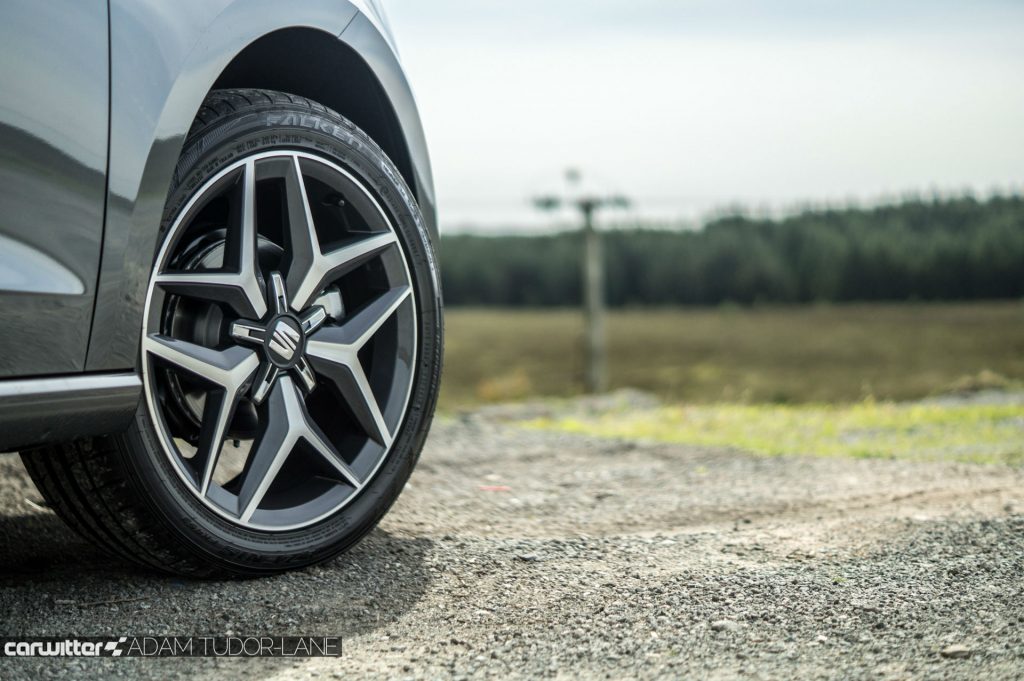 At launch there’s only 1.0 litre petrol engines on offer. Later in the year diesel will be added along with a fiery 1.5 litre petrol unit for FR trim.

As we mentioned last time we were hands on with an Ibiza, it’s sad that FR is now just a trim level. The ‘For Racing’ moniker can be had with 1.0 litre engines…maybe SEAT should have brought in an FR Line.

First up I drove the Xcellence, this is top of the range trim with all the creature comforts. Fitted with the 1.0 litre TSI making 94 BHP it was spritely enough and made swift progress through the Welsh countryside. With a 0-60 time of 9.9 seconds it gets up to speed quicker than you’d expect. 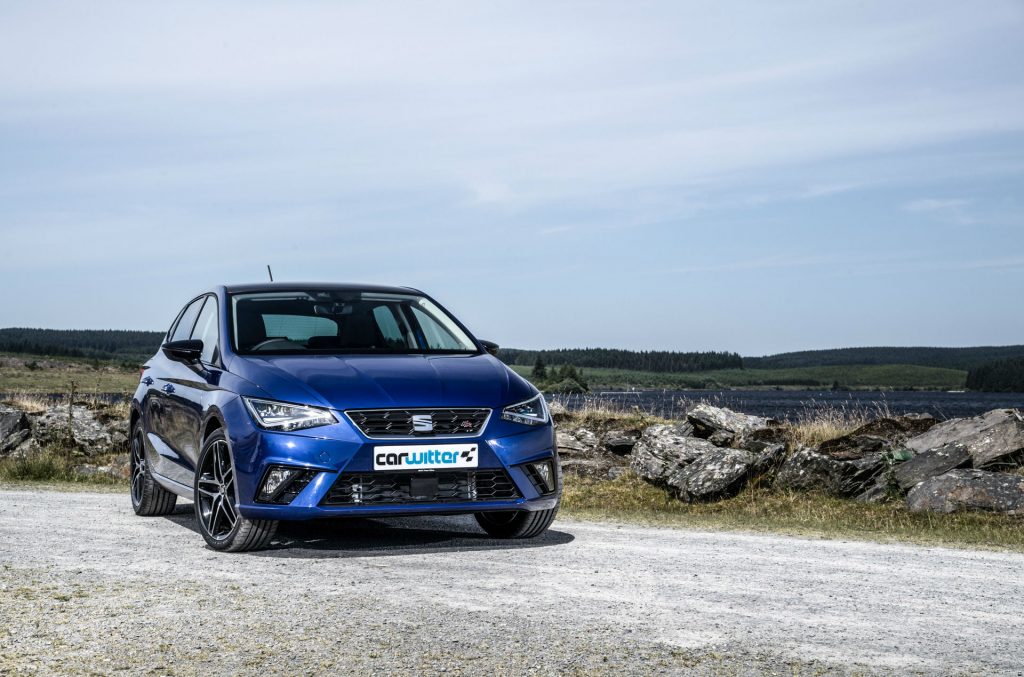 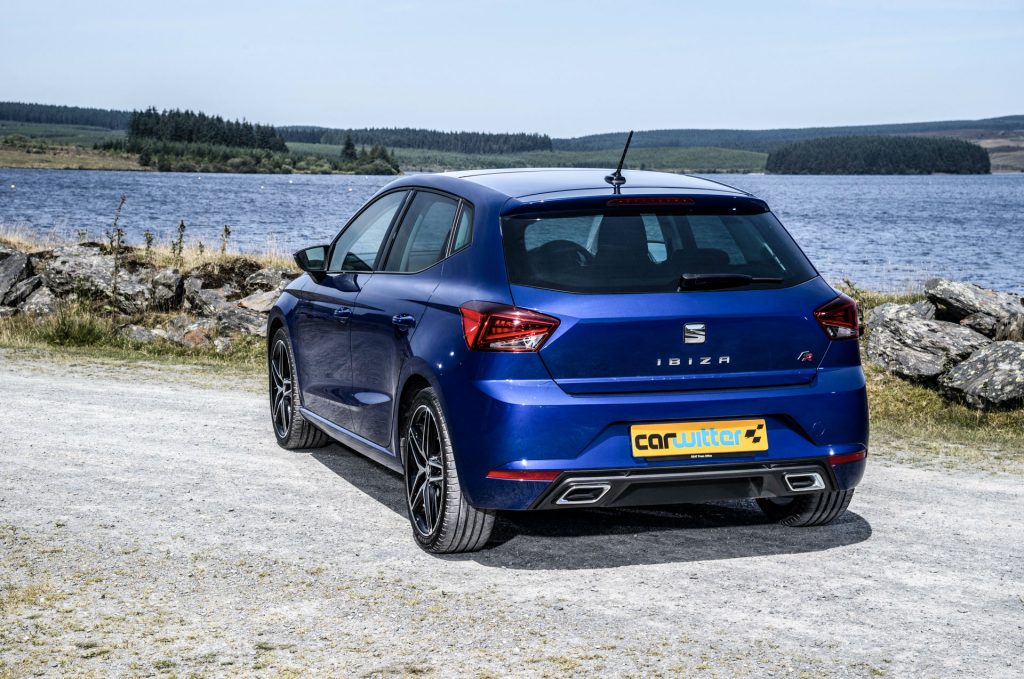 The FR that was sampled later in the day bumps the power to 113 BHP. The differences are marginal in terms of performance, with the 0-60 time dropping to 9.3 seconds.

Handling wise the Ibiza feels smaller than a five door, there isn’t that added weight you get in a Clio. It’s light on its feet, nimble, with a crisp turn in no matter the trim you choose.

FR gives a much firmer ride due to its 17” alloys and sport suspension, but both are equally enjoyable to chuck about on a twisty B road.

Gear changes are a little notchy, but that’s par for the course on the entry level VAG cars. It’s not as crisp as some of its rivals. There were no auto DSG offerings on the launch, but undoubtedly they would be as slick as ever. 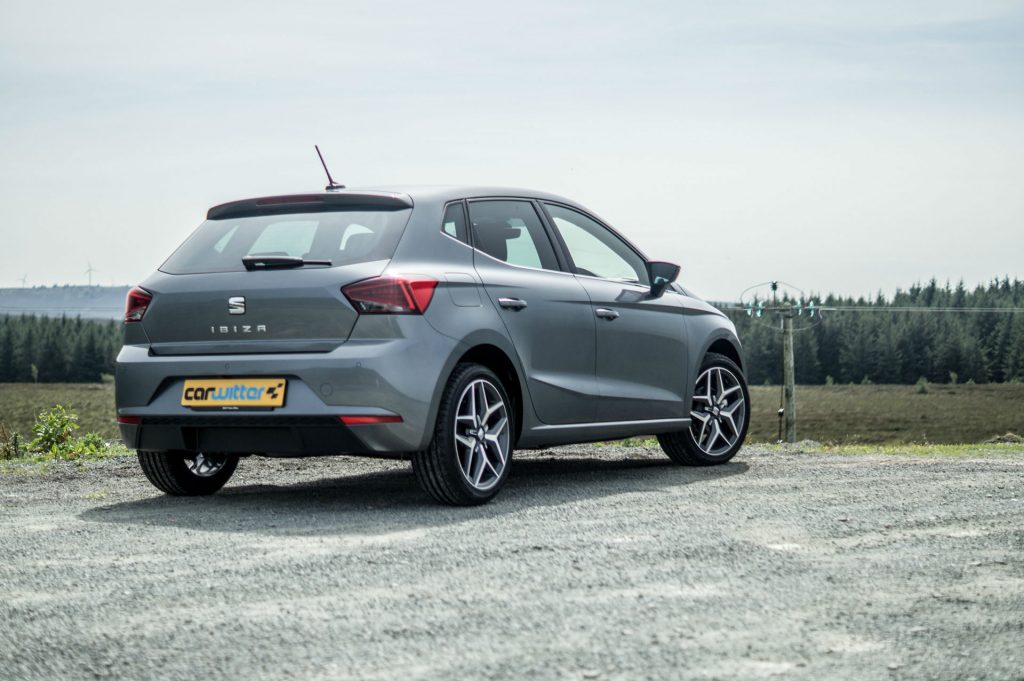 Inside the scaled down Leon vibes continue, with everything well laid out and familiar to the range.

The infotainment is great and easy to use, sensing when you’re going in for the touch and bringing the menus up accordingly. You get an 8” screen in FR trim and above, anything lower will make do with a 5” sans DAB and smartphone mirroring. 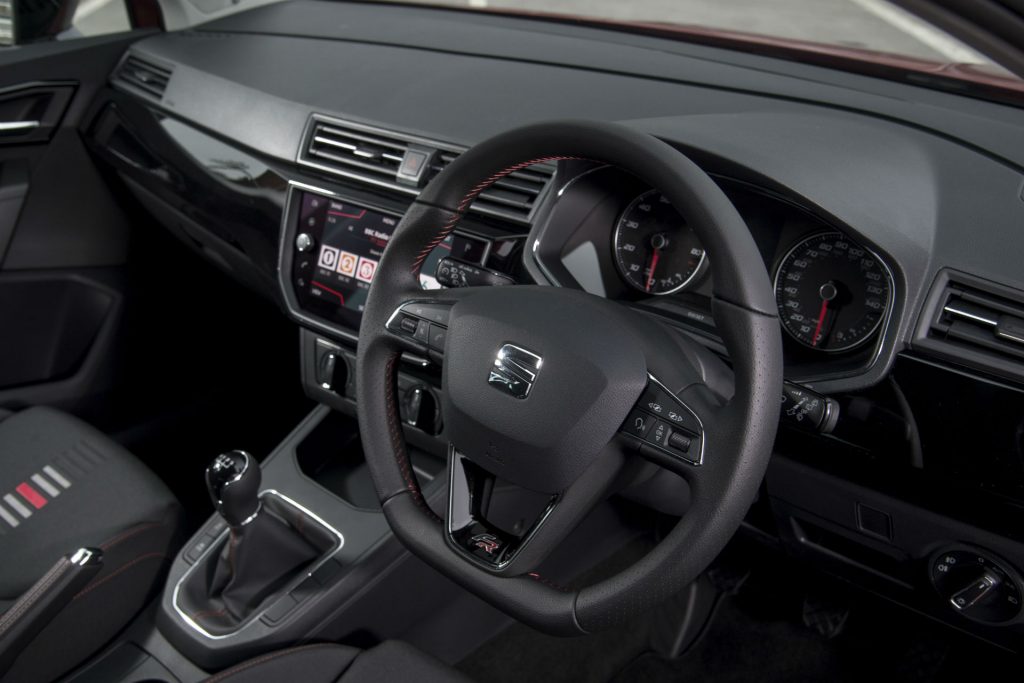 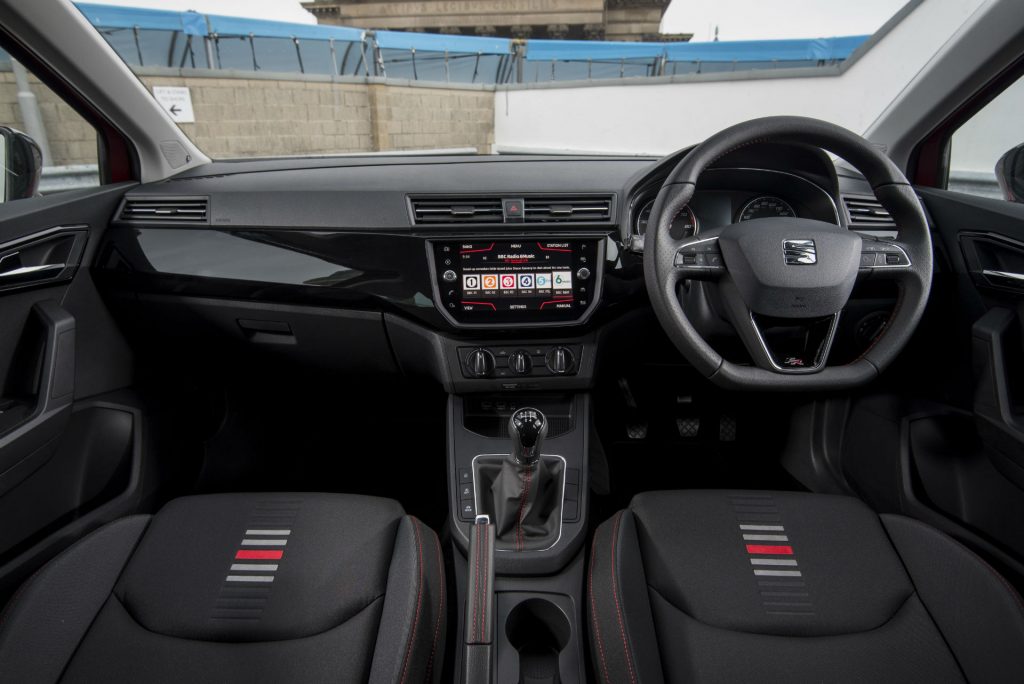 Sadly though there’s a lack of soft touchy feely plastic. The top of the dash is rather hard and scratchy, as are the doors. You’ll find a few softer plastics around the touch points, but it seems like SEAT have saved some money in obvious places.

A gloss black strip across the dash is a nice addition on Xcellence trim as are the svelte semi Alcantara seats.

Leg room at the back is greater than you’ll find in a Fabia or Fiesta, matched with a high roofline and someone of six foot could sit comfortably.

As for the boot, space has grown by 63 litres to a rather impressive 355. A Ford Focus only manages to swallow 316, but the Ibiza does so with a rather large lip over the boot entrance. 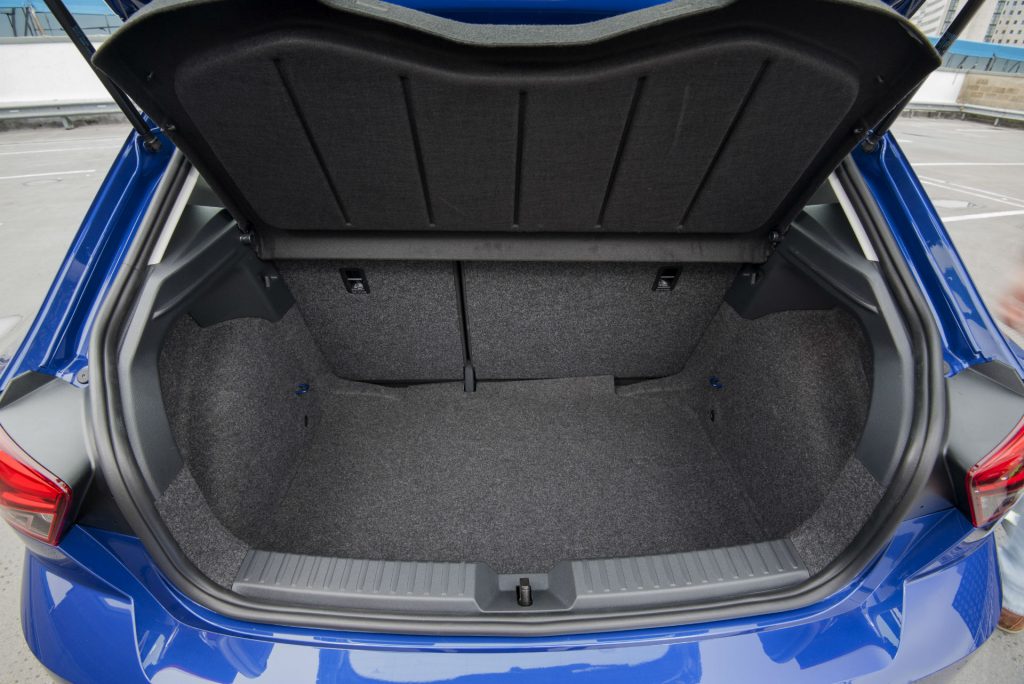 So the SC and estate may be resigned to the history books. If you want an Ibiza it’s 5 door or nowt.

Normally, that’s a bad thing. But with the seriously lightweight characteristics and increased space all round, this fifth generation model is bound to be a winner. 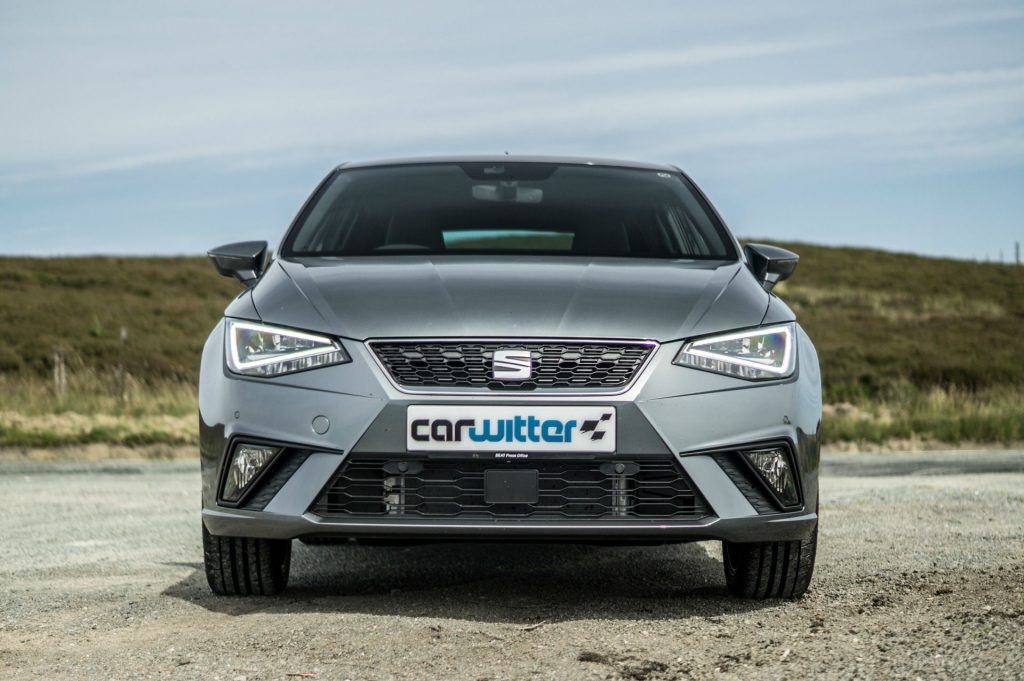 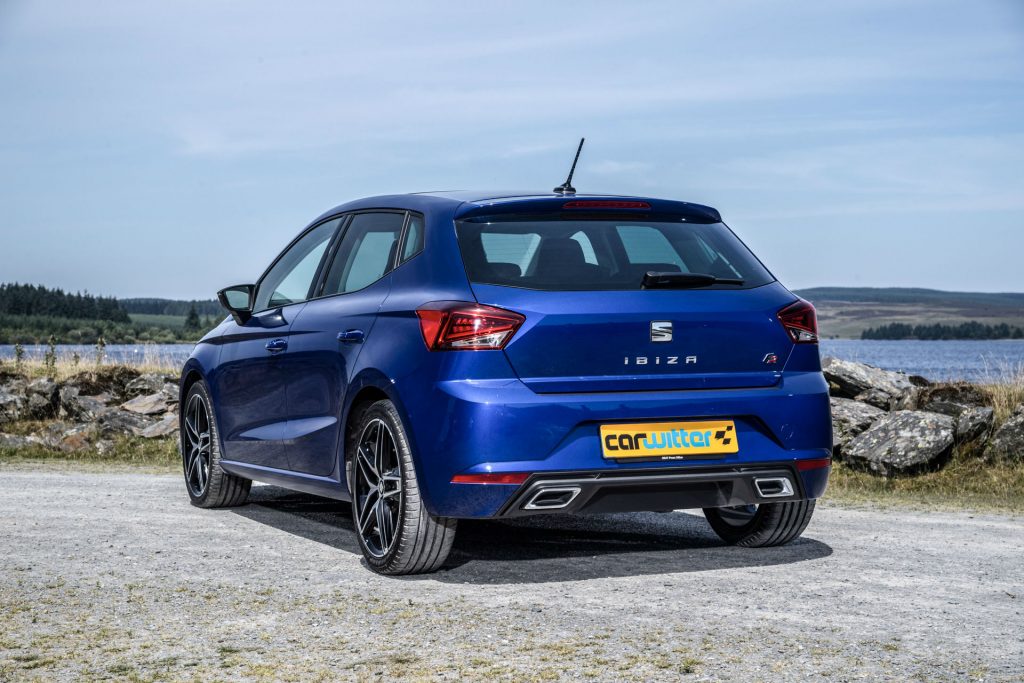 Banning Combustion Cars By 2040 In The UK Is Bollocks