Citroen are having a bit of a renaissance of late. They are going back to their roots of quirky and different, mainstream in the late 90’s and early 2000’s didn’t work. The C4 Cactus was the first offering, it’s a bit of a marmite car, but personally I love it.

Now they are aiming to mix up the B segment market with the C3. Which was first launched back in 2002, it has since sold over 200,000 in the UK alone. 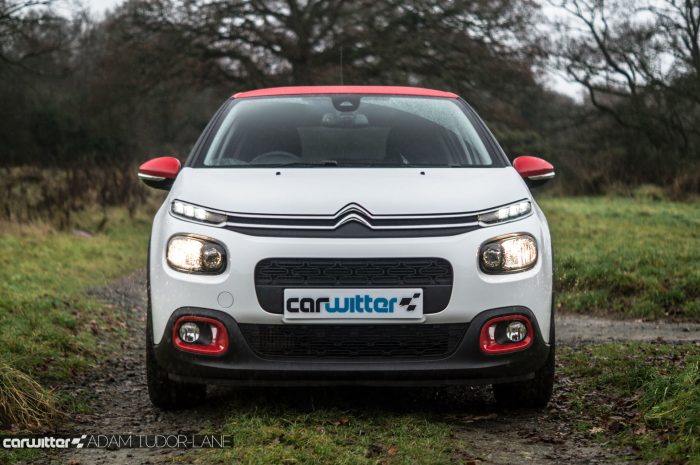 The C3 starts from £10,995 for the basic Touch trim level, but dealerships will probably have them on offer from about £10,200 if you keep a beady eye out.

Once again Citroen have let loose with that French design flair, it follows on from the Cactus in its looks. Bold, modern and fresh.

Its high bonnet line makes it look chunky and mean, especially when coupled with the squinty daytime running LED’s, and the now tell-tale split headlights that are rapidly becoming a Citroen mainstay.

At the rear the C3 gets a lot more cutesy and rounded, looking almost cartoon like with its 3D effect rear lights. Personalisation is high on the C3’s list of priorities, and there are 36 external colour combinations to play with, including red, white or black roofs.

Sadly though the small strip of AirBumps along the doors are an optional extra at £290 on all but the top of the range ‘Flair’ trim. 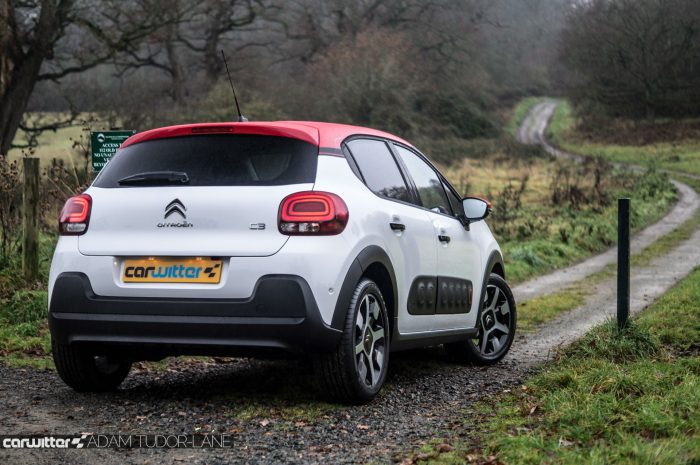 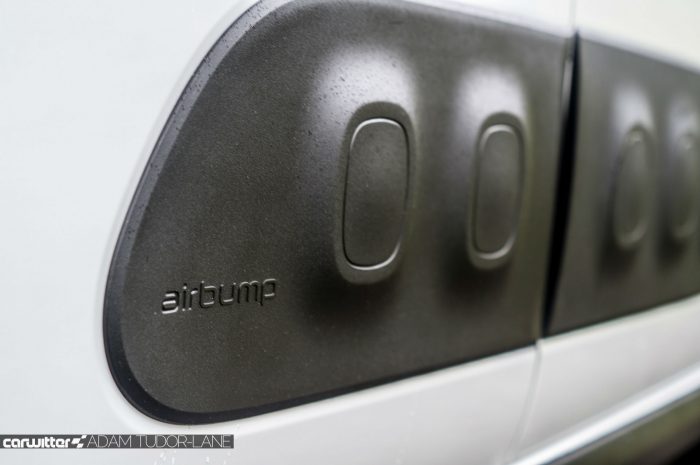 Having driven both the three cylinder 1.2 petrol PureTech 110, and the 1.6 litre BlueHDi 100 we would say you need to opt for one of those two.

100 BHP is the sweet spot for the C3, performance wise it was really hard to tell the petrol and diesel apart, but we can tell you that the 68 BHP PureTech is going to be gutless as hell, so don’t even think about it.

Both engines mentioned above feel lively and immediate with a nice short throw on the gearstick. 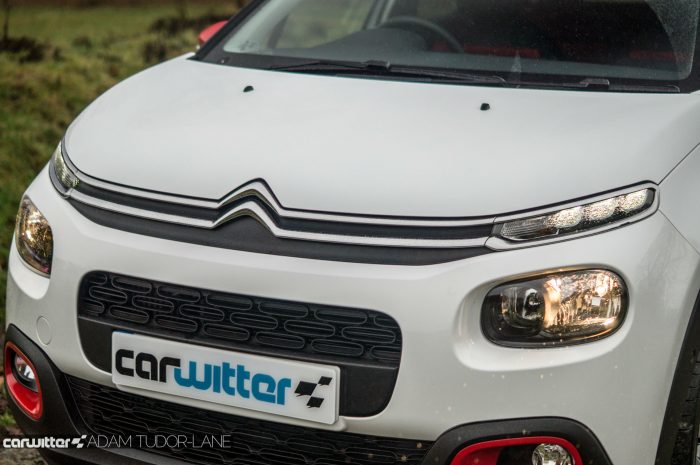 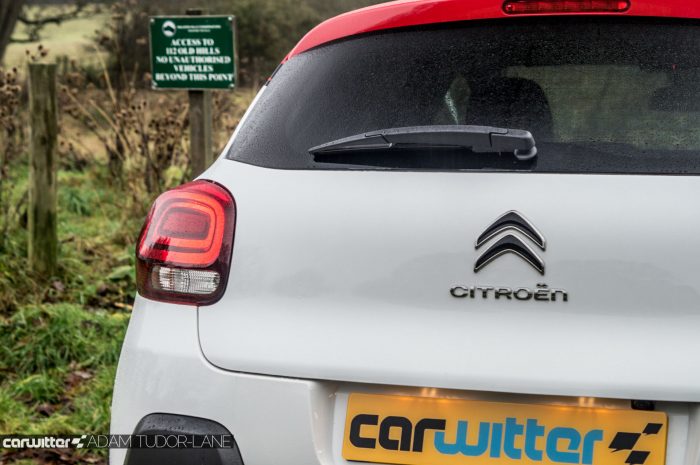 Handling is pretty on point too, with very little pitch under braking or acceleration, body roll is predictable and well contained, only becoming prominent under a rapid change in direction.

You can hustle the little C3 along at quite a pace with ease, it’s a fun and forgivable car to drive.

The diesel lump is less refined than its petrol brothers, sounding like it would be more at home in a John Deere than a perky little French hatch. Even the three-cylinder petrol can get rowdy as the revs rise toward its 5,500 RPM redline. 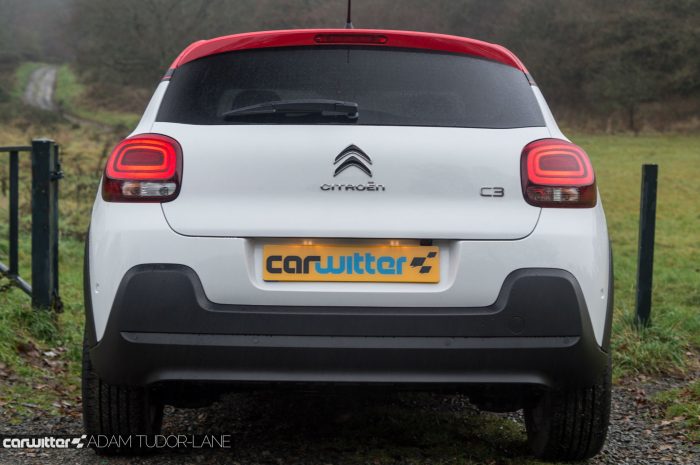 Hopping inside and the modern design continues. You get the luggage strap style door handles from the Cactus, and the same infotainment system too, but that only starts to appear on the Feel trim level unfortunately. 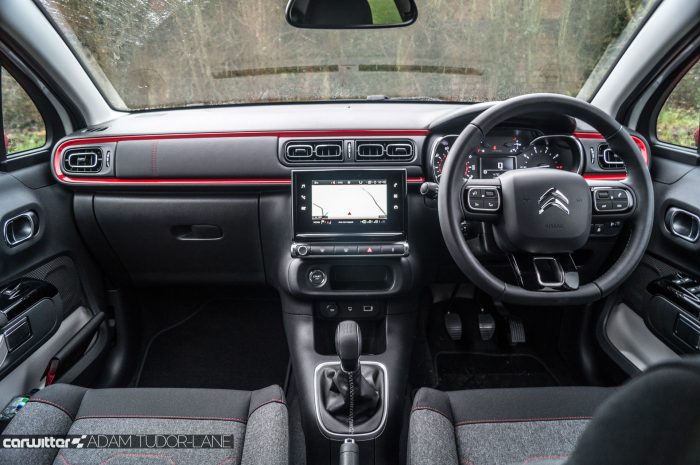 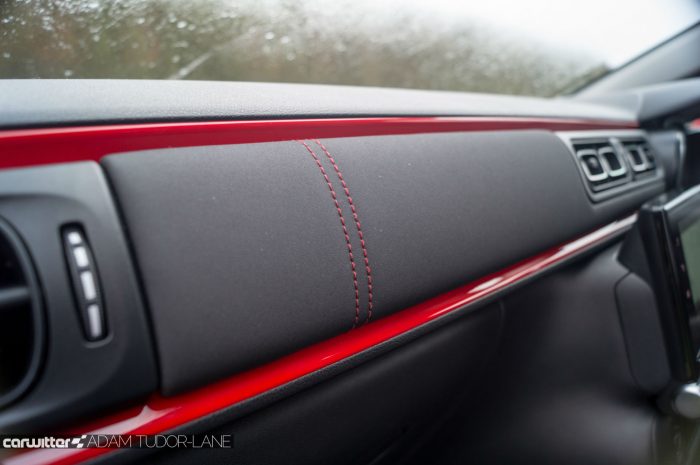 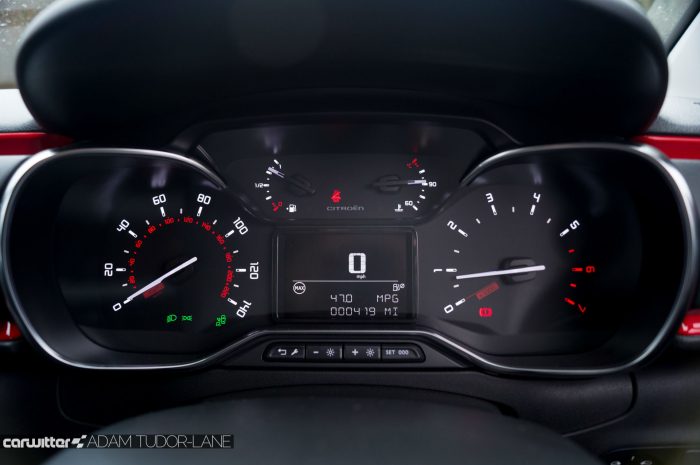 You can also spec a built-in dashcam, called the ConnectedCAM that sits behind the rear-view mirror.

It’s a £380 option on anything but the top level trim, however it constantly records to its 128GB built in memory allowing you to download the video if you should ever be involved in an accident. It doesn’t record audio.

It will automatically save the 30 seconds before and 60 seconds after a crash. Even if you don’t have a prang, the video is still available to download, minute by minute.

Check out the footage below.


It can also be used to take pictures of things when you are out an about, you simply press a button underneath the cam and download the images on the Citroen smartphone app via the cars’ in built WiFi.

Ok, so that part could be a little gimmicky, but the dashcam, crash protection side of it is genius.

We have been wondering who would be the first to market regarding built in cams, Citroen have won. 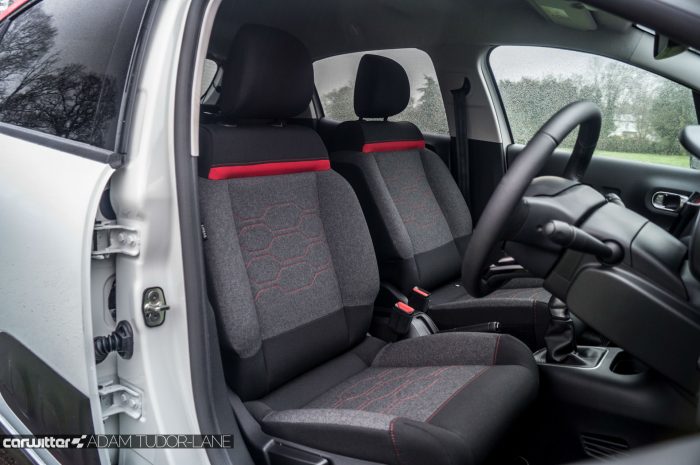 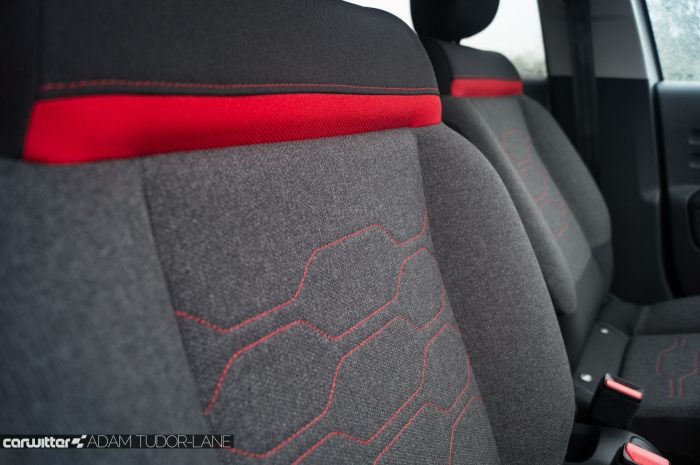 The seats are nice and wide, said to be ‘sofa seats’ they aren’t quite as supportive in the lumbar area as I would have liked. Door and dash plastics are a little hard and scratchy, but they don’t look cheap and your eye isn’t drawn to them so that’s a bonus.

Even though the rear leg room has increased by 22mm it’s still a bit of a tight squeeze for an adult, no doubt down to the decent sized, 300 litre boot at the rear. 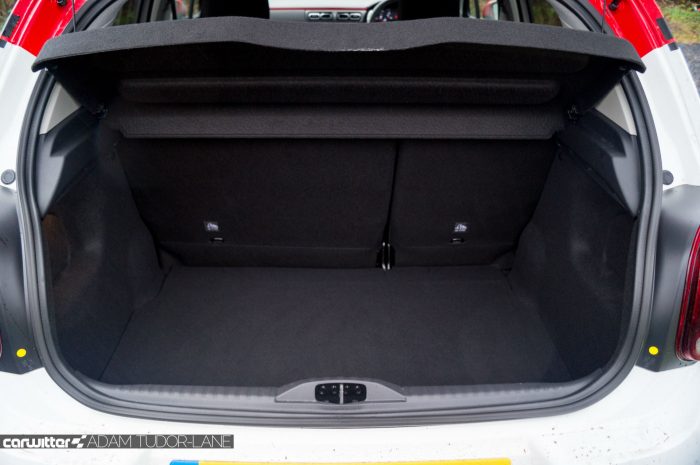 Citroen have really upped their game with this latest incarnation of the C3, it’s modern, young and stands out from the crowd.

It would have been nice to see the touchscreen a standard feature across the range, so if you opt for the basic spec ‘Touch’ you will be sadly lacking some of the decent kit on offer. Pick of the range has to be ‘Feel’ trim, coupled with the PureTech 110 petrol engine, which gives it a price of £15,205. That’s 4k more than the entry level C3.

But it’s way more stylish than its Peugeot companion the 208. 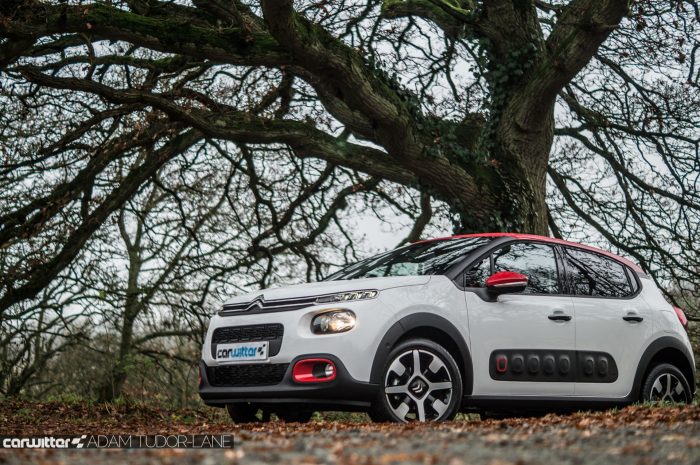 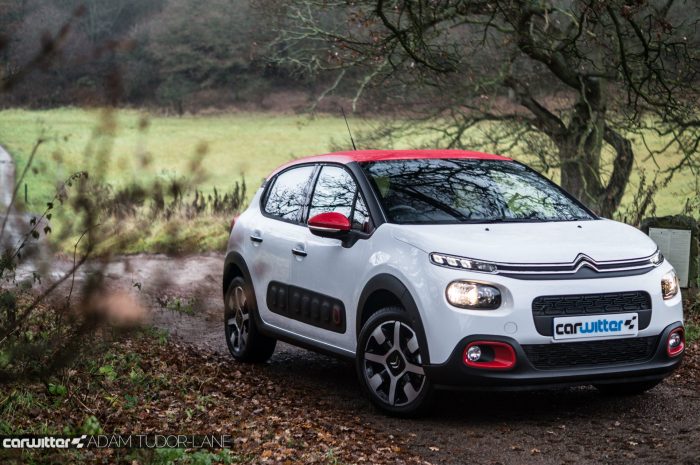 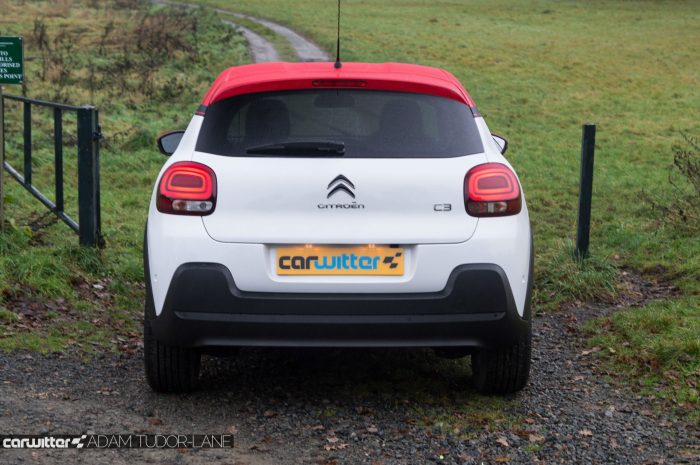 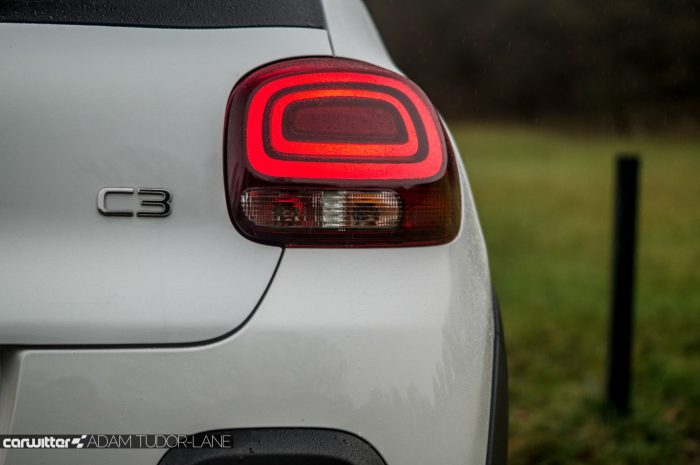 The history of headlights