17 years ago, the Kia Rio went on sale in the UK for the first time, now in its fourth generation and contributing to a large piece of Kia’s sales pie, it needs to be a winner. 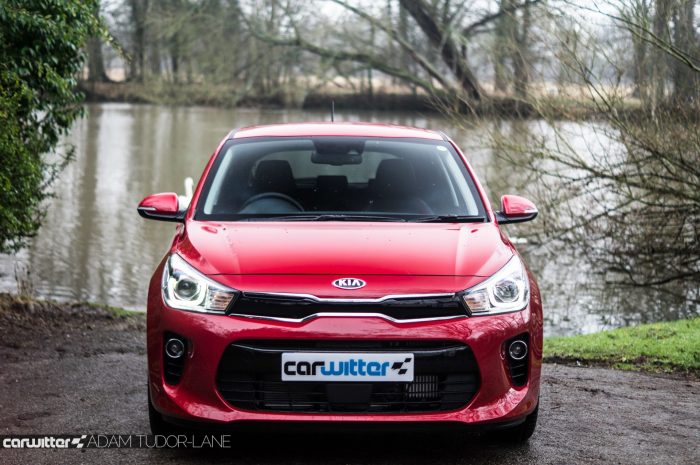 Well, it’s a good looker, but ultimately it’s a rebumpered, relit Hyundai i20. Not a bad thing, but also unashamedly a rebadge job.

If push comes to shove the Rio has it for me, its cleaner side profile and sportier rear give it the edge. The Kia has a bit more road presence about it, looking younger and fresher faced compared to Hyundai’s Zimmer frame loving alternative. 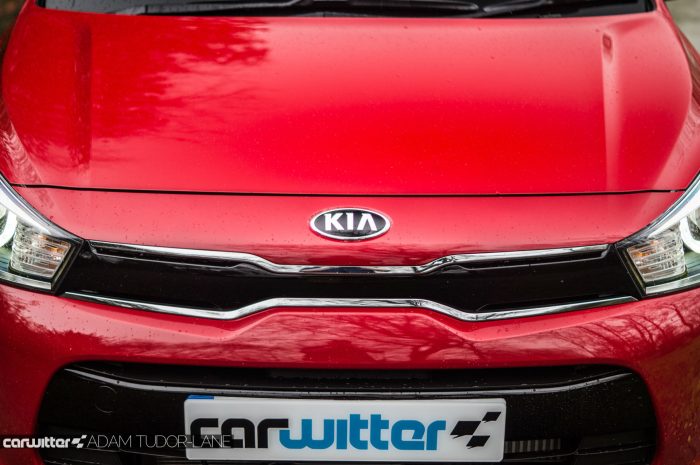 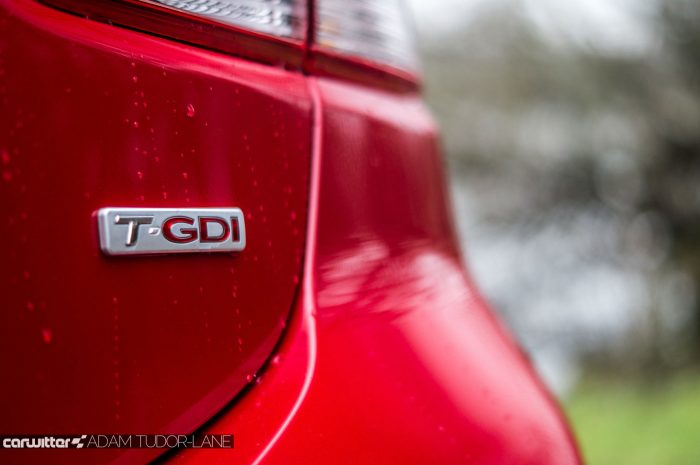 For a 1.0 litre engine, the turbo three cylinder is quite superb. It doesn’t sound half as thrashy as most of its competitors, save for the very upper reaches of the rev range and it gives the car a genuinely sporty feel to it, especially in the more potent 118 BHP ‘First Edition’.

We also sampled the 99 BHP, and it was tricky to tell the two apart over normal driving conditions, the 118 variant has a slight more urgency under acceleration but that’s all.

The 0-60 time on the beefier model is 9.8 seconds, whilst the 99 BHP is 10.3, so there’s barely anything between them, especially in the real world. 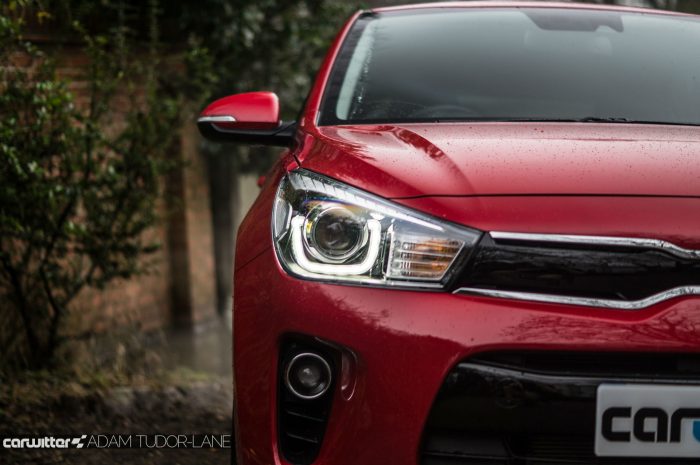 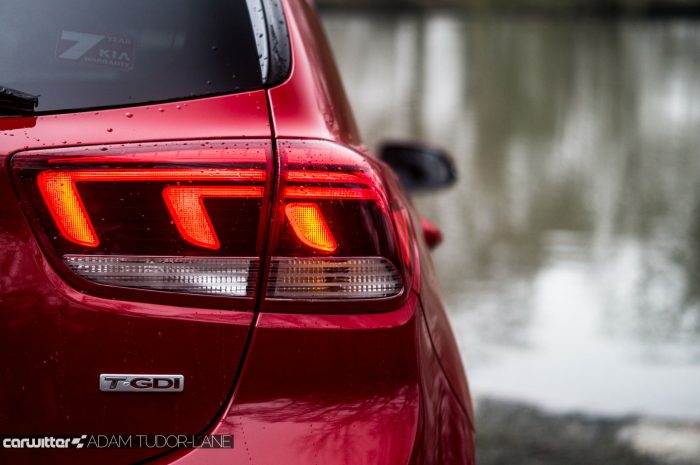 Handling wise, again the Rio was very competent. Strangely enough, the damping and suspension setup seemed quite different in the diesel and the petrol. Whilst the petrol was buffeted around slightly by marred surfaces, the diesel felt far weightier and took them with a dull thud and barely any chassis twitch.

No doubt the difference between 16” and 17” alloys played their role too.

The same feeling went for the steering and responsiveness of the throttle, driving them both back to back you get a sense that the diesel is a slower, lumbering creature and the petrol a happy little eager puppy.

It just goes to show in small cars like this, that the diesel isn’t long for this world. 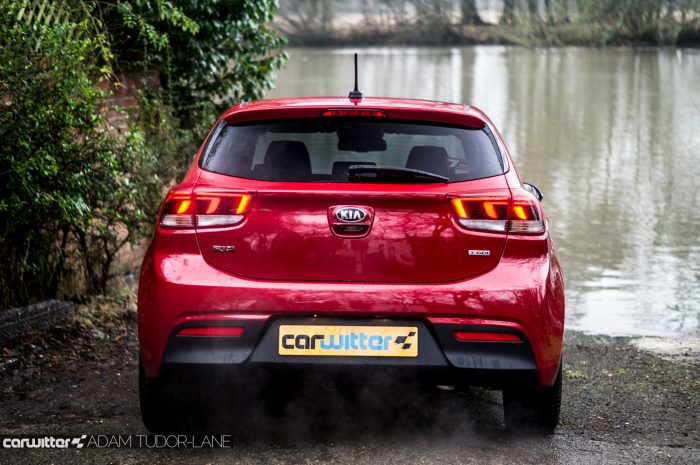 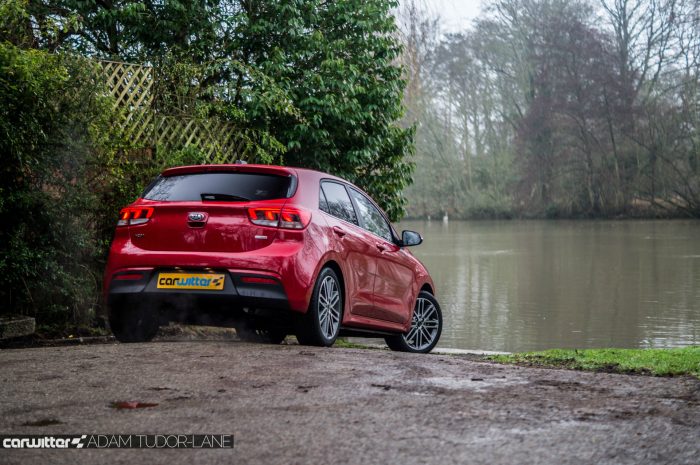 You could easily get a wriggle on in the Rio down some B lanes, overtaking at motorway speed all whilst cornering confidently in monsoon like English weather. It’s not up to Mazda standards of handling fun, but it’s a nice steer, nonetheless.

It only has one downfall in the driving department, and that’s the gearbox. It has a lovely short throw to it, but it’s just a bit…clunky. It doesn’t engage smoothly as a small car like this should, there’s a bit of a notch as you push into each gear. It’s more of an annoyance than a problem. 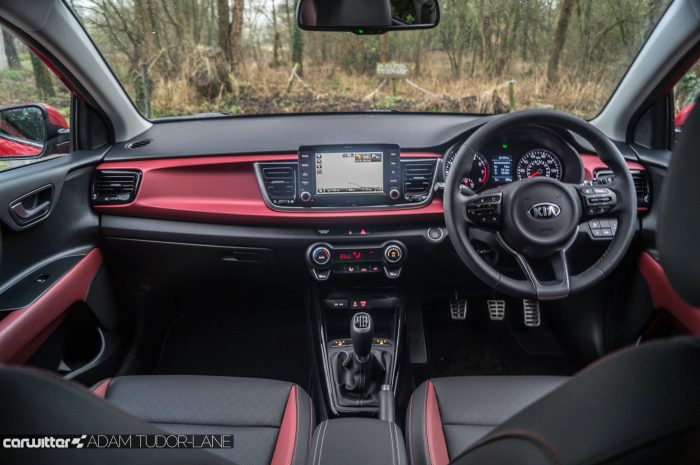 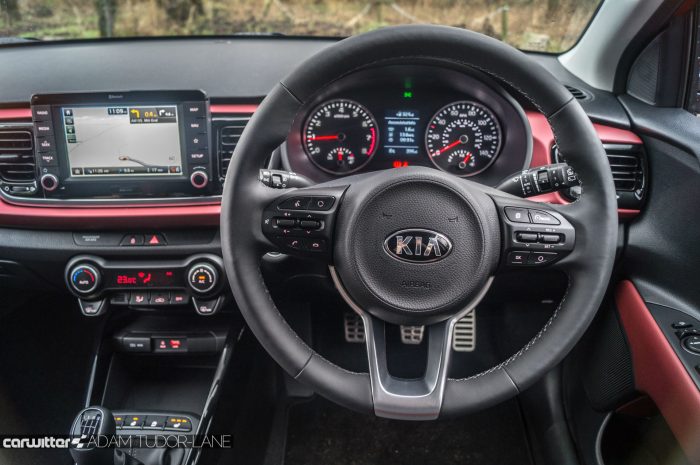 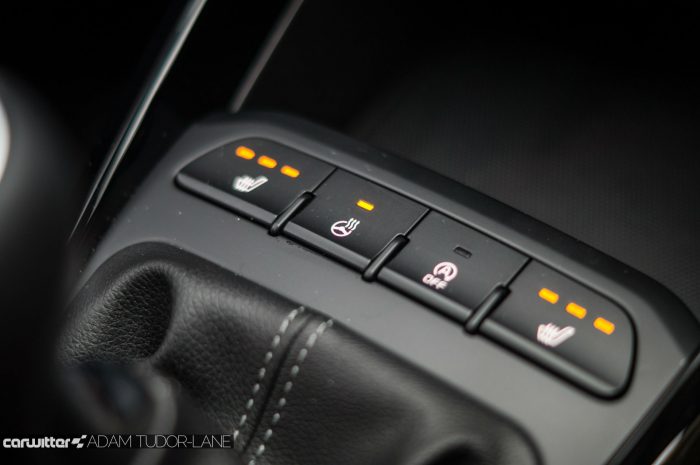 Inside the ‘First Edition’ is seriously kitted out…it has a heated steering wheel for Christ sake! On a Kia Rio?! Very posh.

You also get full ‘leather’ throughout, heated front seats and a rather nice dark red matte dashboard.

Infotainment is handled by a 7” touch screen with nav, for any lesser than the top ‘3’ grade and above you’ll find a 5” screen in its place…sans nav. 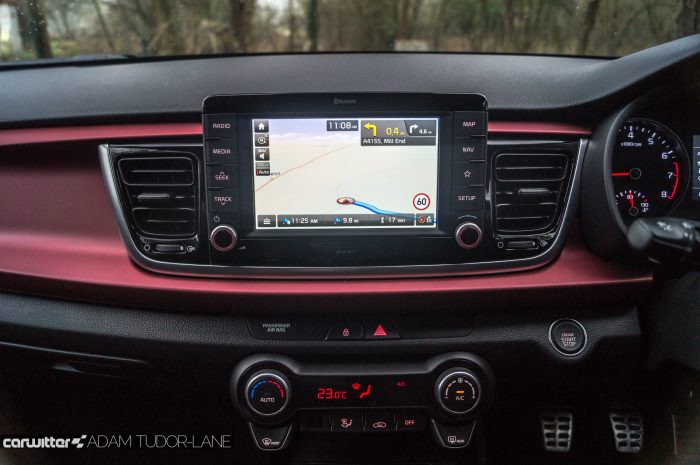 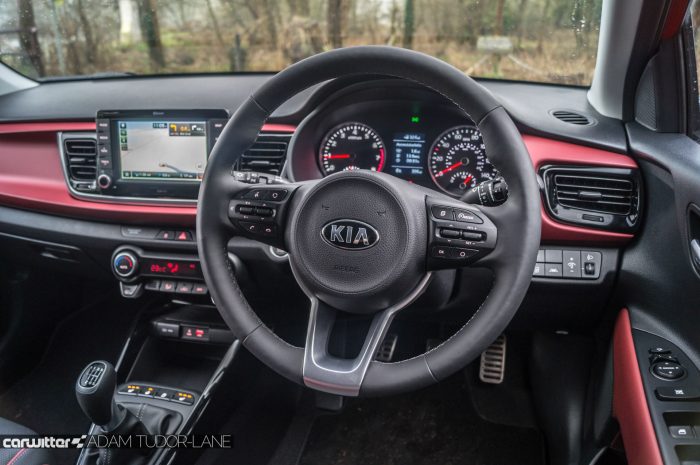 Our only bugbear with the interior was how naff some of the plastics were in key places. The top of the dash is particularly hard and scratchy, joined by the upper door trims…it lets down an otherwise great design.

Rear seat legroom is good, an adult’s knees would just be touching the front seats, whilst headroom is ample if you’re a normal height. You also get a rear USB socket for charging, handy.

At the back, you get a decent sized boot with 325 litres of space and a wide entrance. 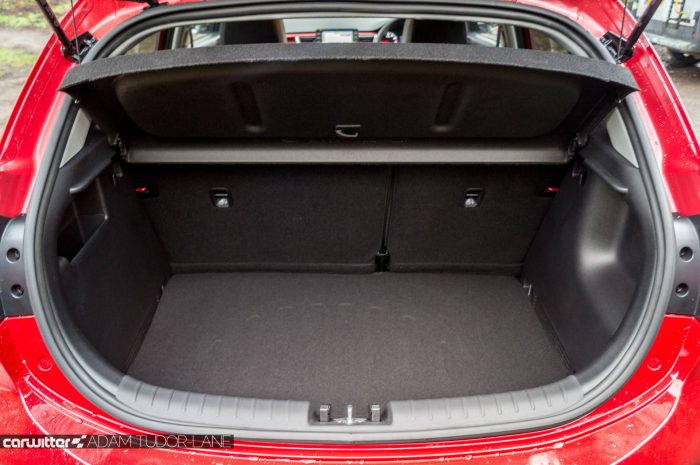 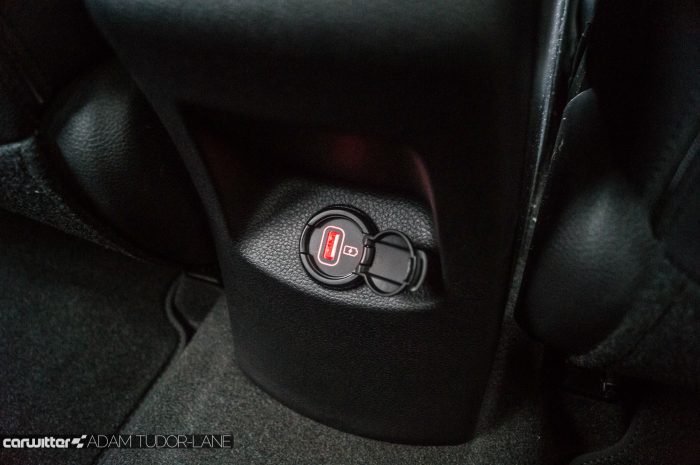 Although the Rio is a fairly muted redesign of the current i20 its looks are somewhat bolder, it will appeal to the younger buyer.

Granted you will miss out on a few minor details here and there, but what you will get is a 7” touchscreen with nav…saving you about £3,000 in upgrading to ‘3’ trim on the Rio to get the same thing?!

Pricing certainly isn’t the Rio’s strong point, comparing it to the rest of the segment can make a very competent little car, a hard sell. 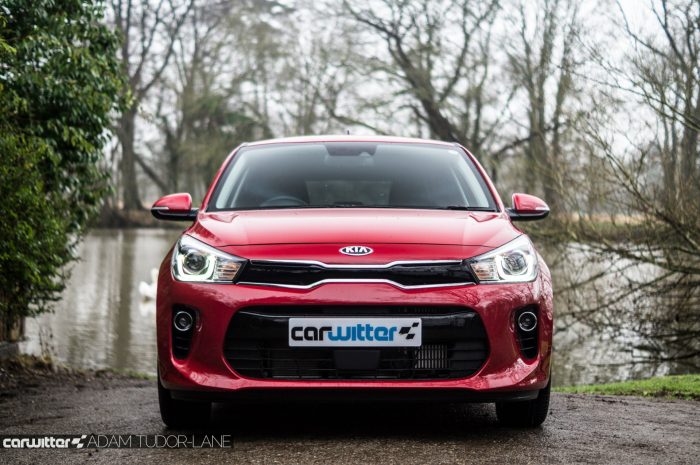 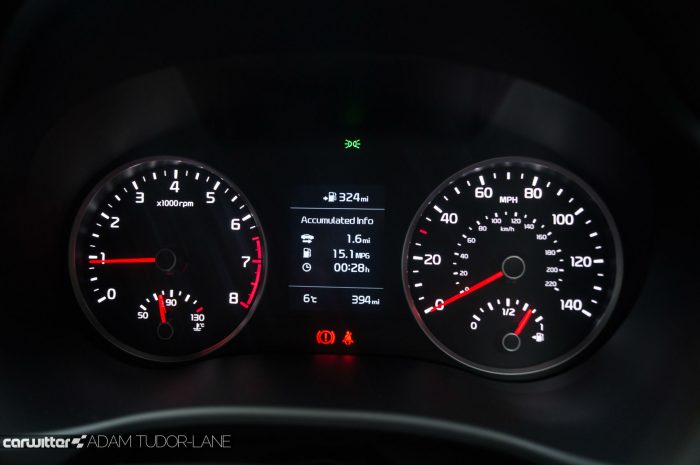 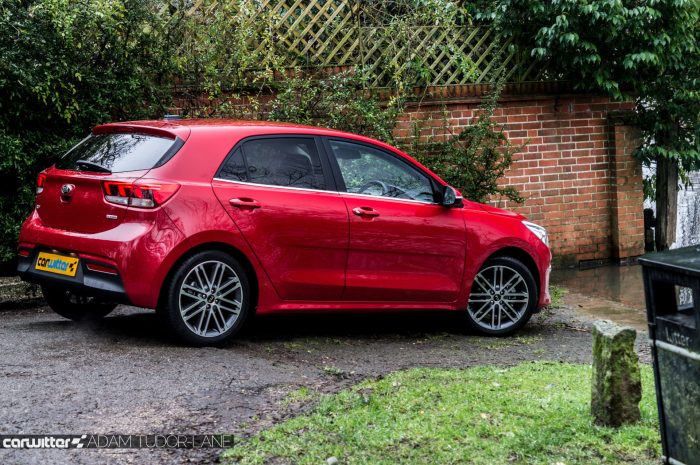 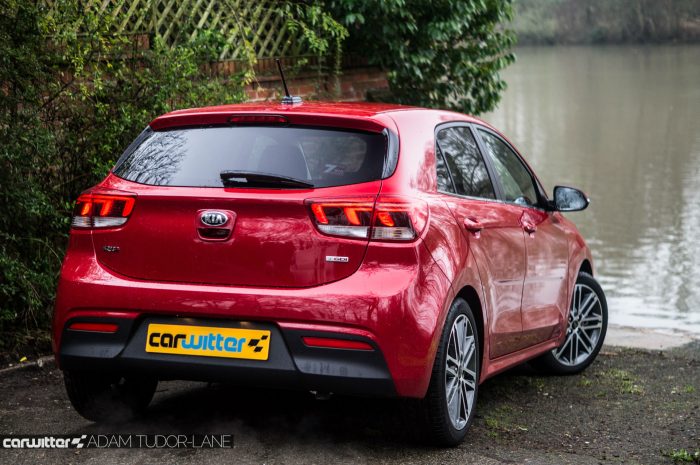 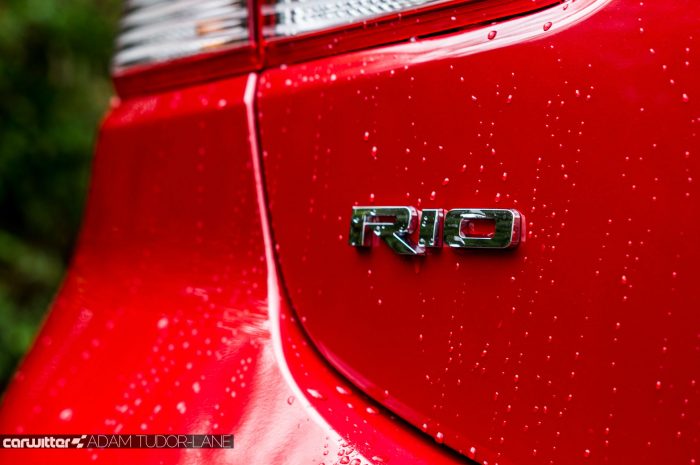