Suzuki’s little IGNIS is back! This time it’s in the form of a compact crossover…basically it’s an A segment hatchback that looks a bit beefier.

There’s no pricing as of yet, but expect it to be around the £9,999 mark. We will update you when pricing is revealed in about a week’s time. 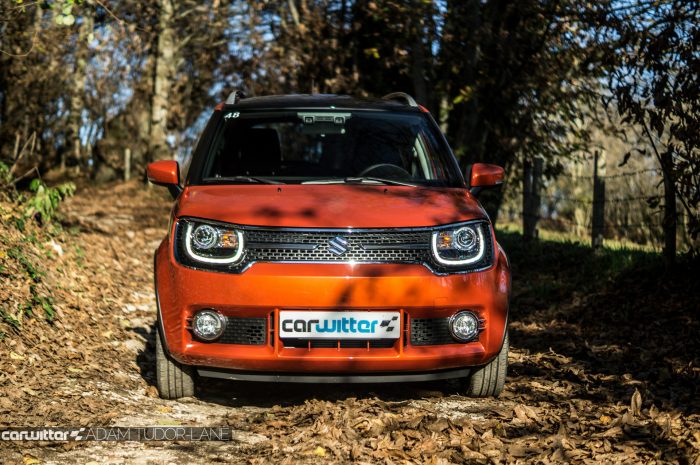 Toward the rear the C pillar looks very Whizzkid with its three strakes and upward kick. It’s a nice nod back to the past.

In fact the whole rear end is very Whizzkid in its appearance, in stark contrast to the front it looks rather old school…like the designers gave up a little bit after the modern front face. 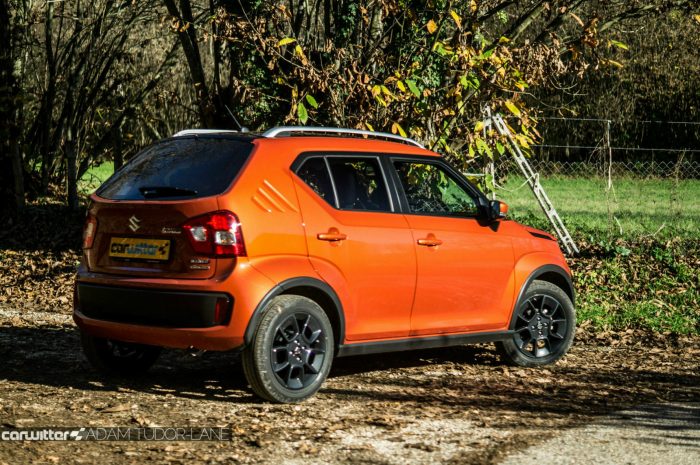 Our test car was the 1.2 Dualjet with the SHVS (Smart Hybrid Vehicles by Suzuki) it also had ALLGRIP four-wheel drive, so was the absolute range topper in SZ5 trim level.

We’ve always liked the plucky little 1.2 Dualjet, it flies along when fitted in the Swift and the IGNIS is roughly comparable in weight. There is some extra heft due to the hybrid system and the 4WD but it still ambles along at a nice pace. Accelerating eagerly whenever you ask it too.

It slows down when you get toward motorway cruising speed, you have to drop a cog and then give it some for the acceleration to kick back in. But otherwise it’s pretty nippy. 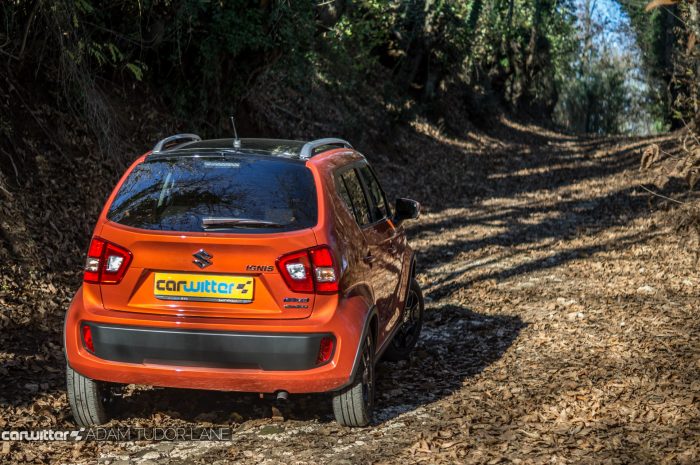 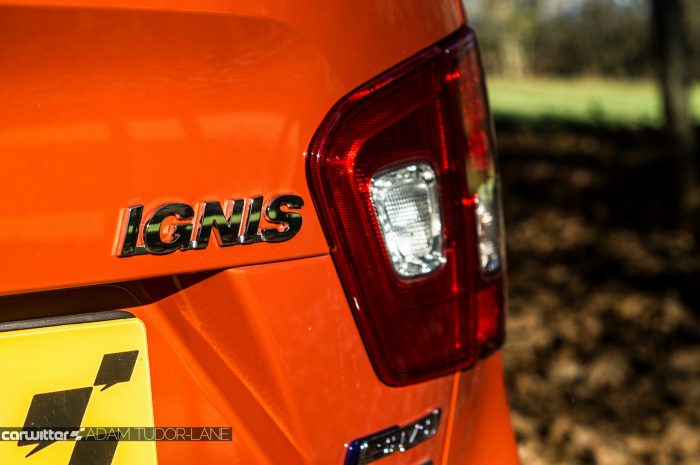 That mild hybrid system also gives the IGNIS 50 extra Nm of torque, but it’s impossible for that to be felt under acceleration as the motor is built in to the engine. The torque is provided at different times across the rev range, so it isn’t like a normal hybrid system that kicks in with motors attached to the wheels.

Also, the hybrid system never fully charged during the day we had with the car, the most we ever saw was two bars on the battery…if that’s how it’s meant to work why even put a battery meter there?

Handling is nice and direct; it really feels like a small car should. But then again Suzuki have always had their handling down to a T. 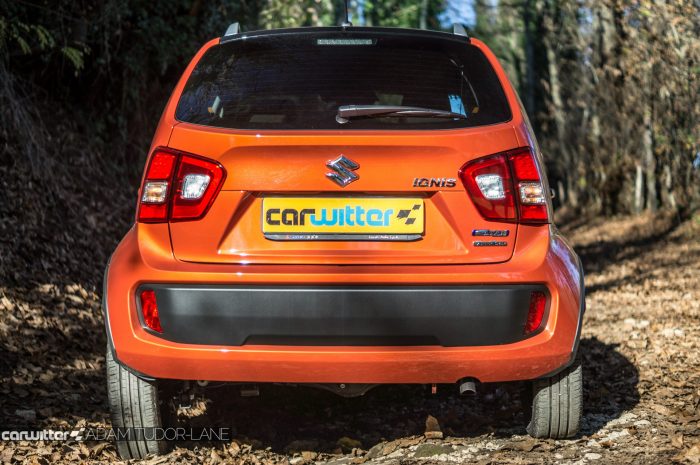 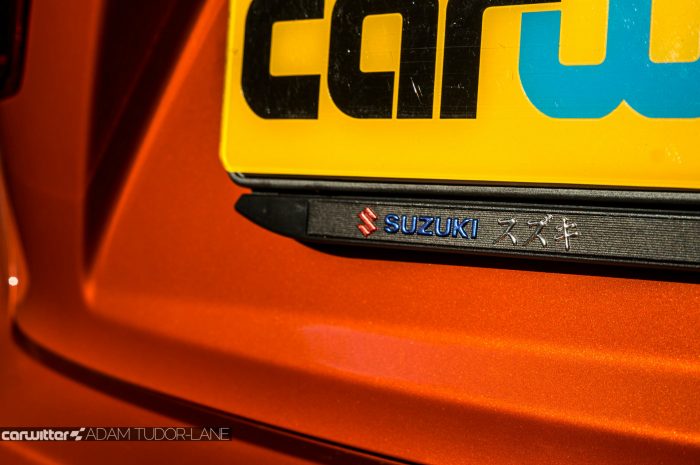 There is body roll due to its upright nature but it’s well controlled and gives the IGNIS (Latin for Fire don’t you know) a fun characteristic about it, especially with that nippy engine.

Ride can be quite harsh on broken sections of road, with the little chassis bouncing up and down over ruts, taking a while to settle. However, on motorways the ride is nice and smooth, but there is a fair amount of wind noise around the mirrors. 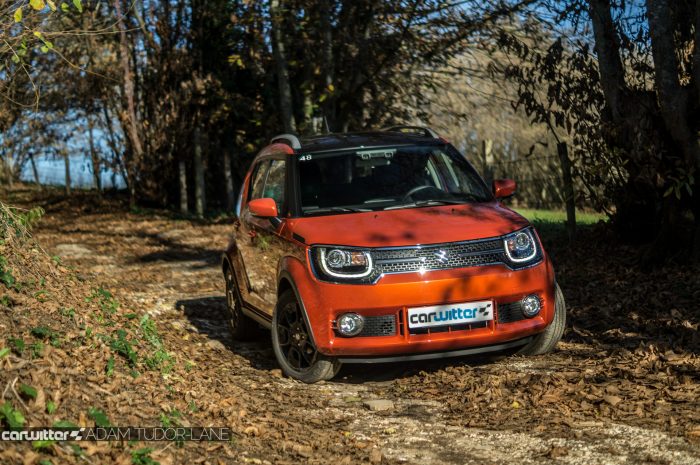 Inside is smart enough, a little basic in places but the two-tone plastics help lighten the place up. The infotainment system sprouts out of the dashboard with its rather thick bezel making it look rather old fashioned, but the system works well and it’s the same unit found across Suzuki’s entire range these days.

With a central speedo the dial layout is functional with an LCD info screen placed to its right. 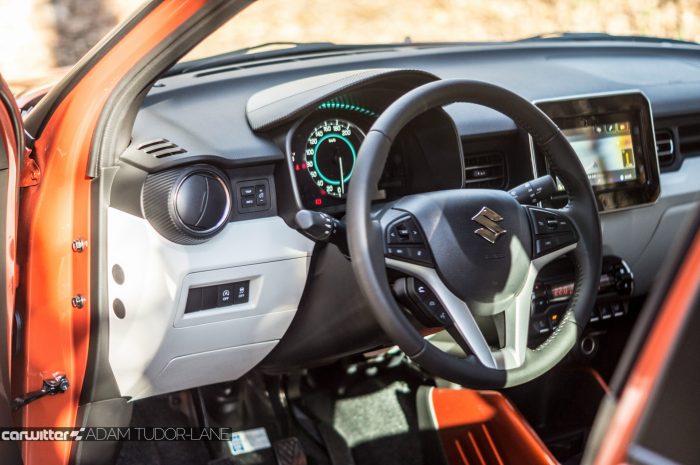 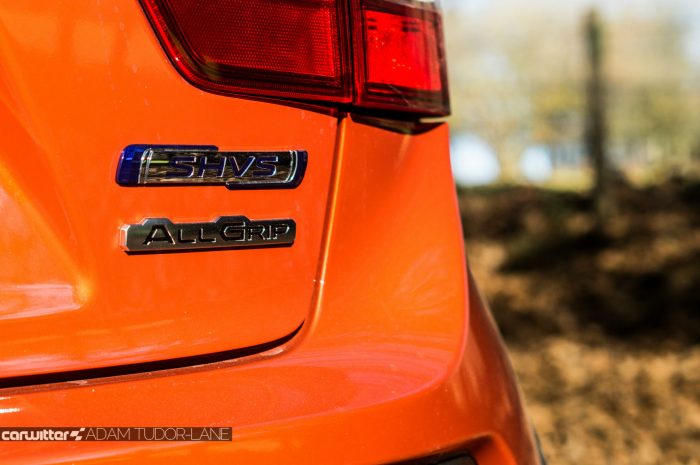 The IGNIS has a higher seating position than a normal car would, it gives you a commanding view of the road and makes it feel as though you’re driving a much bigger car.

Rear seat legroom can be adjusted with the sliding rear seats (from SZ-T upwards) but the headroom side is a little squished even for an average sized human. This can make it a bit tricky to enter and exit gracefully.

Boot space is 204 litres in the 4WD IGNIS and 260 in the rest of the range, which is roughly 60 litres more than the Swift, impressive. 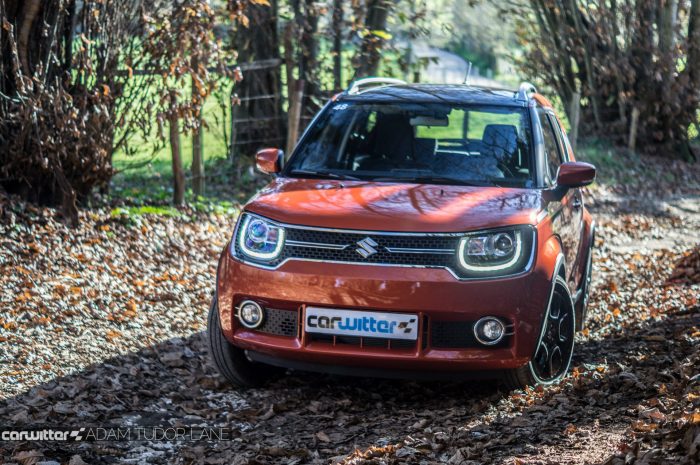 Suzuki’s little IGNIS is certainly different. They like to think it’s a whole new segment, but we would bet on it already having strong competitors in the form of the Fiat Panda, and the 500 brigade.

So in that respect it could be a hard sell. They are aiming on shifting roughly 6,000 cars in the UK next year and 35,000 across Europe.

It could be a Marmite car, but it definitely appeals to a younger audience which is what Suzuki need right now. 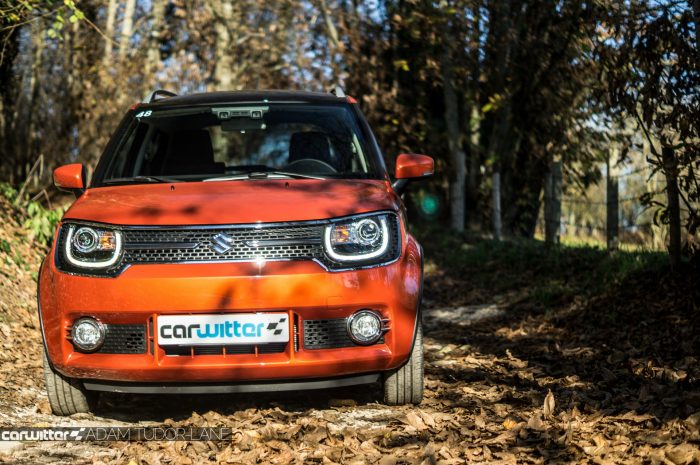 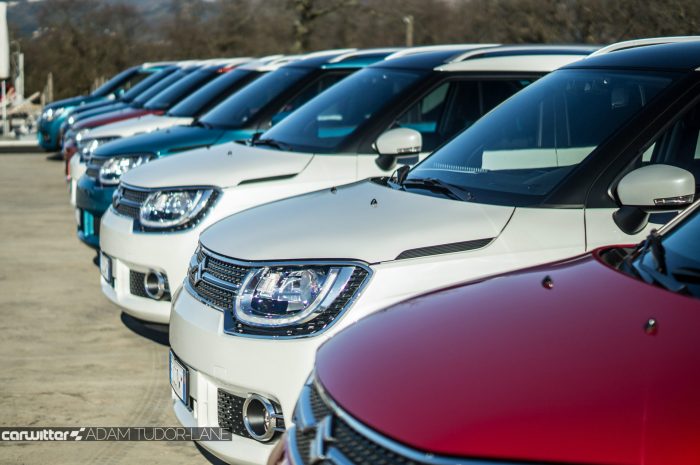 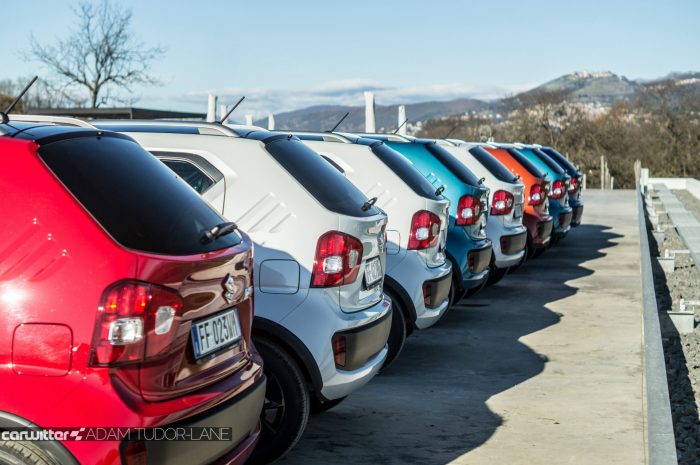 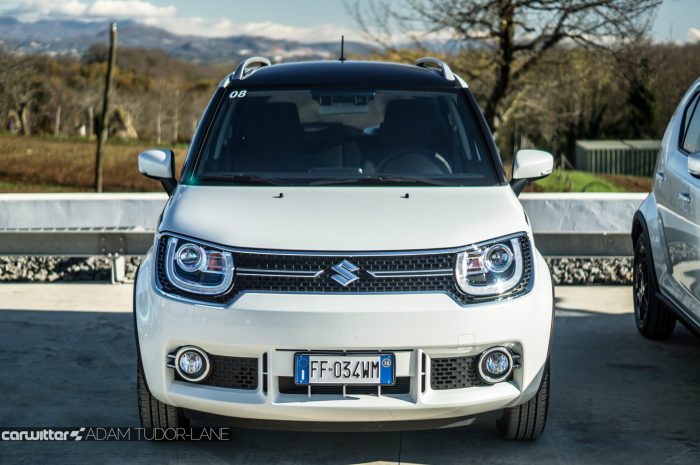