Following the teasers of last week Land Rover have chosen to fully reveal the facelifted Range Rover Evoque a week before it makes its debut in Geneva. 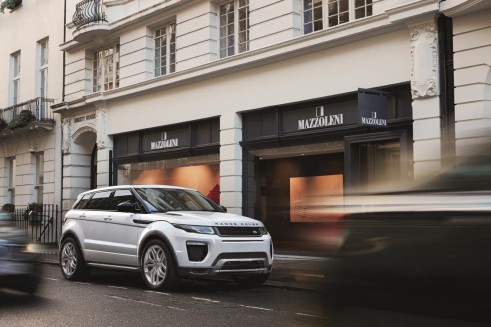 As a bona fide sales hit LR can’t afford to let the Victoria Beckham curated uber cool soft roader to fall by the wayside, so 2016 sees it fresh faced with agreeable SVO looking accents to its snout, new LED lights, a revised grille, a new tailgate spoiler and an updated range of alloy wheels.

On the inside new door cards, updated seats and a refreshed in car entertainment system complete with an 8 inch touch screen display keep the Evoque a compelling and comfortable place to be. The “Terrain Progress Control” AWD system interface comes equipped courtesy of the larger Range Rover model. 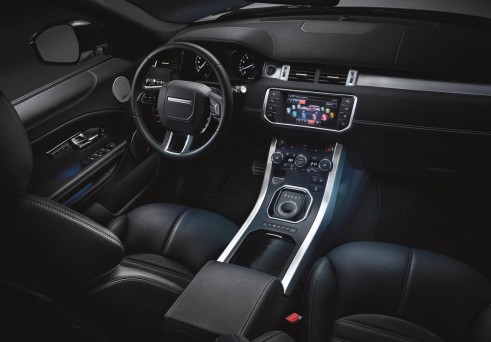 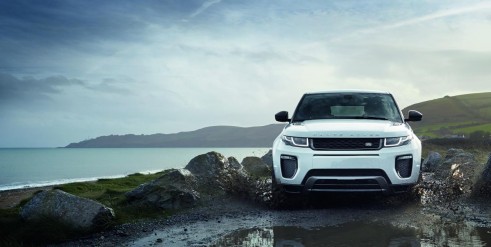 As expected the biggest change under the skin is the adoption of JLRs new ingenium Engines which will be rolled out across the XE, Discovery Sport and now Evoque ranges as before the year is out with significant weight savings, power gains and rises in efficiency over standard diesel units. In the Evoque these come in 150 and 180bhp forms with a petrol ‘SI4’ unit topping the range at 240bhp.

A range of safety systems have been introduced in the 2016 Evoque as well including a drowsiness detection system, lane keeping assist with automatic steering adjustments and an autonomous braking system which can preempt heavy collisions with sharp breaking, before the driver could in theory react, thus minimising damage and danger to life.

Expect the Evoque to show its facelift at Geneva where the order books should be open, and, we suspect, be filling rapidly as with the first outing of the model.

Ssangyong Tivoli to launch at Geneva