2 Crucial Things To Look For When Buying A Used Car

Used cars often represent the best value for money in the car market. If you’re smart, you can snag a bargain, and drive away with the vehicle of your dreams.

There’s a lot to consider when pursuing your next car, and a lot of people mainly concern themselves with two things; price and condition. They care about how much the car costs, and the state it’s in physically.

Now, while these two things are undoubtedly essential, there are other crucial things you should concern yourself with too.

The Age Of The Car

The age of the car you’re buying is more important than you may think. It can tell you a lot about the car, for example; whether or not it’s worth the price tag. If an individual is selling a Corsa from ‘08 that’s in the same condition as another one from ‘15, but they’re both the same price; which one is worth the money?

Realistically, the newer version as it will have modern technology and driving comforts. The best way to tell the age of the car is by looking at the number plate. Now, it’s worth knowing the different number plate formats when buying a used car – particularly if you’re looking for a very old one.

Current plates will include two numbers, which identify the year the car was made. But, ones from 2001 backward have a different system where a letter indicates the age, so bear that in mind!

Looking at the number plate is a great way of ensuring the dealer isn’t trying to sell you a car that they claim is a certain age when it’s actually a lot older. When you know how old a car is, you can use this knowledge in conjunction with the next thing we’re going to discuss. 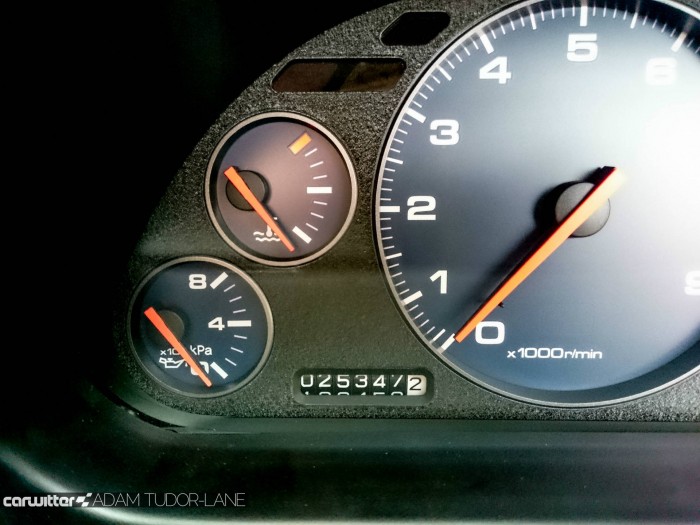 Secondly, you should look at how many miles a car has driven. You could have a car that’s two years old, looks physically brilliant, but has got hundreds of thousands of miles on the clock. This shows it’s been driven a lot, which could be a concern for you. All that driving means all the parts of the car have been worked extremely hard.

Although the service history may be good, a car with lots of miles on the clock could be set up to suffer problems in the near future. People get sucked into buying cars like this as ones with lots of miles sell for less. You think you’re saving money, but then the faults kick in after a few months, and you’re left with a significant repair bill.

Generally speaking, a good mileage is around 12,000 miles per year. This is where you bring the age of the car into account. If you’re looking at a car that’s two years old but has 50,000 miles on the clock, then that’s more than double the ‘recommended’ amount. Keep this in mind when you compare different cars and figure out which one is more value for money.

If you’re searching for a new car, then these two things are crucial. Don’t forget to check them, along with the other essentials like the service history, any physical problems, any issues under the bonnet, and so on. By doing this, you get a clearer picture of whether or not the initial price tag is worth it.

By Advertorial
Hey, we have to pay for the running of the site somehow. So this post, whilst being superbly written and informative is a paid for article.

What You Should Consider Before You Go For A Used Car
Car tyres online shop Buycarparts.co.uk