For the uninitiated Polestar are to Volvo what AMG are to Mercedes. Bred from race heritage they cook up ridiculously fast versions of Volvo’s already rapid T6 models.

We have been aching to get ourselves into one for the last year; finally as 2014 drew to a close we got one to ourselves for a whole week.

Powered by the mighty T6 3.0 litre straight six twin turbo engine, this V60 Polestar makes 345 BHP and 500 Nm of torque. 0-62 is attainable in 4.9 seconds, mainly thanks to tweaked gearbox software and a Haldex 4wd system – more on that later! Sitting pretty in Rebel Blue this V60 looks pretty much like the slew of R design Volvo’s on the market already.

A bugbear we have had before with Volvo is that now you can opt for an entry level D2 in R design with Rebel Blue paint, it has ultimately cheapened the appeal of the T5 and T6 models in turn making them a lot less unique.

To counter this Polestar took the V60 to a wind tunnel and have developed new front and rear splitters as well as a new rear spoiler, all aiding airflow and increasing down force. At the back you get a large 3.5 inch tailpipes, apart from this there are small Polestar badges on the front grille and tailgate to denote this cars specialty. It’s a very subtle car; only the well informed pick up on this cars brutish ability.

For those that are in the know you can sit in a busy car park and find people looking and telling their sons ‘That’s a Polestar’ another time we came back to the car to find two gents standing staring at it.

It’s an undercover kind of cool that you don’t get with an RS6. As soon as you start the V60 you are met with a burble that resonates through the cabin, that 2.5 inch exhaust sounds magnificent even on idle.

As the CAT heats up the revs drop along with that sonorous tone and you set off.

Previously we have complained about the lack of paddles on the V40 T5, moan no more. Polestar have outfitted the V60 with a new six-speed paddle shift system, it has been recalibrated along with the 4WD system and traction control.

Whilst it is far slicker than using manual mode in the V40 T5 its still not up to ZF speed. If you are in manual mode you have to catch the revs around 5,000. Flick up after that and you end up hitting the rev limiter with a lurch forward, you get used to catching it at the right point and when you do it makes you feel godly. Leaving the V60 in auto you really feel the car hold back and hang on to every last rev before changing up. Knock it across into Sport and it’s a whole different story. No matter what gear you are in Sport mode will knock it down a cog automatically, it holds onto the revs far longer and even when you have finished hoofing it, it will stay in the power band for a good while after.

Things really get going when you pull back the left paddle in sport mode, this engages the manual override.

The speed of this car is just insane. It’s savagely quick no matter what you want to do with it. Shoot off from a standing start, no problem. Accelerate like the 850 BTCC car out of a corner, done.

Due to the four-wheel drive system you have ridiculous levels of grip, grip I have only ever felt in a Golf R. It’s confidence inspiring to say the least. If there’s an overtake or a gap to exploit you know you can make it in any weather condition.

Pushed hard enough and the front will run wide with a bit of understeer, but easing off the throttle brings it back into line with ease.

Couple that with the seductive exhaust note through first and second gear and you have the complete package. This car simply howls under acceleration, it sounds like a racecar.

The racecar characteristics don’t stop there though. Fitted with Polestar tweaked Öhlins shock absorbers this thing is hard, very hard.

Every lump and bump is fed directly through to the cabin; this is due to the 80% stiffer springs and the increase in rigidity – under the bonnet there is a carbon fibre strut brace running from post to post.

The normally svelte, rattle free interiors we are used to in most Volvo’s doesn’t apply here. You hear creaks and rattles as the chassis takes a battering from the road, the large 20” alloys coupled with skinny rubber don’t help either.

Bad thing? Not on your life. Everyday around town it would probably be a nuisance, but I would be more than happy to live with it in lieu of its road hugging abilities. Braking is excellent thanks to the 371mm, floating, six pot Brembo sourced calipers up front. There is a small amount of pedal travel before they start to bite, but once they do you come to a stop very rapidly.

Taking the Polestar down some country roads you realise how well the car is set up. There is no real weight transfer and the steering is so direct the wide nose of the Volvo stays flat no matter how hard you try to unsettle it.

Urban MPG is quoted at 19.1, and over our 210 miles to a tank we managed 19.5. That was mostly kept in manual…I’m sure if you lived with it everyday the performance novelty would wear off and your MPG would be somewhere in the mid twenties. Inside you get the standard Volvo seats but retimed in alcantara with blue stitching, emblazoned on the backrest is the Polestar logo.

Other touches include alcantara door cards, a part alcantara steering wheel and a Polestar logo in the gear shifter and carbon trim on the center console. You also get some bespoke Polestar startup logos on the infotainment system.

With this being the Polestar edition it has nearly every optional extra as standard, including the full array of Volvo’s safety systems, heated seats all round and sat nav – naturally. There is no real direct comparison for the V60 Polestar, so it boils down to the simple question.

Would we have one?

It’s an incredible car, engaging, fast, a real sleeper of a racecar for the road and limited to only 125 cars they are sure to be a future classic. 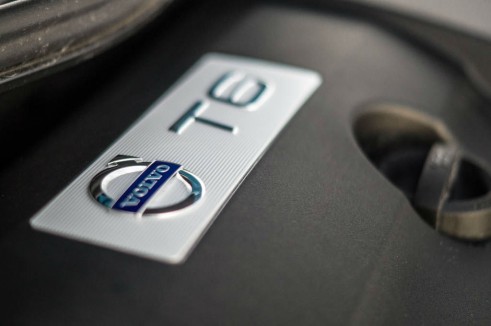 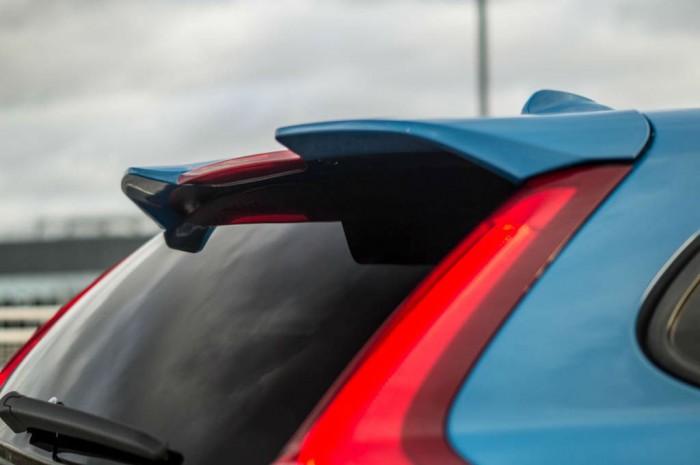