When Volvo first showed the S90 to the world it wowed. Following the slab like, sculpted lines of the XC90, it’s totally modern in its design. Seeing the S90 in the flesh at Geneva for the first time we ascertained that it was an equally impressive machine.

Ten months on and we got to spend the week with one. 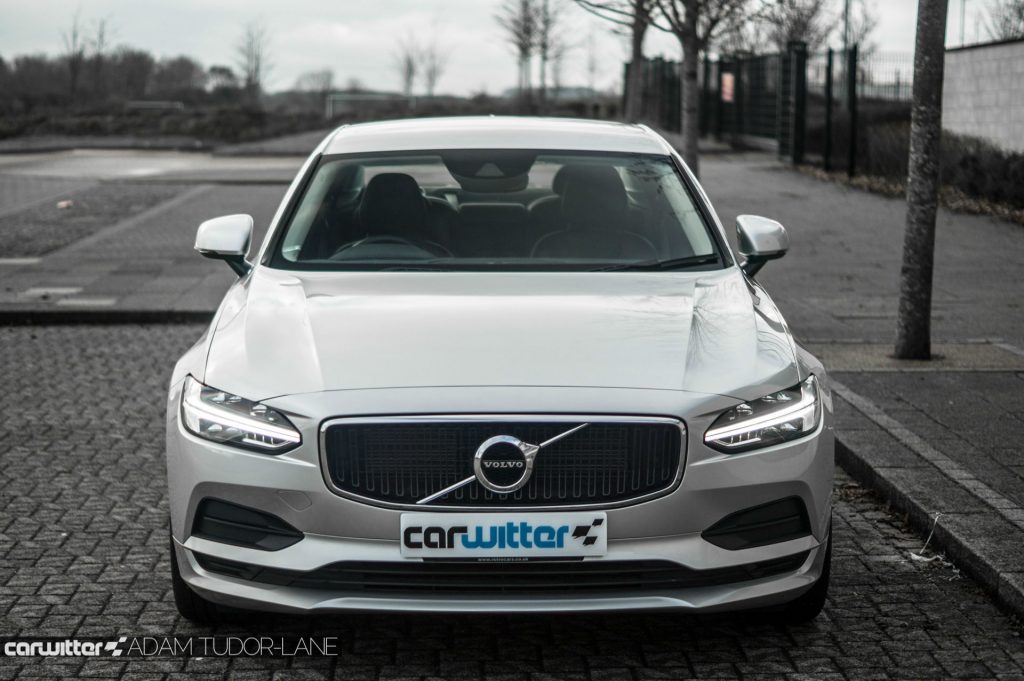 In D4 Momentum guise our S90 would set you back £32,955, thus pitching itself against the rest of the large saloon segment. Thankfully it’s well equipped from the get go, with its large ‘Sensus’ touchscreen, sat nav, voice control, heated leather seats and climate control. 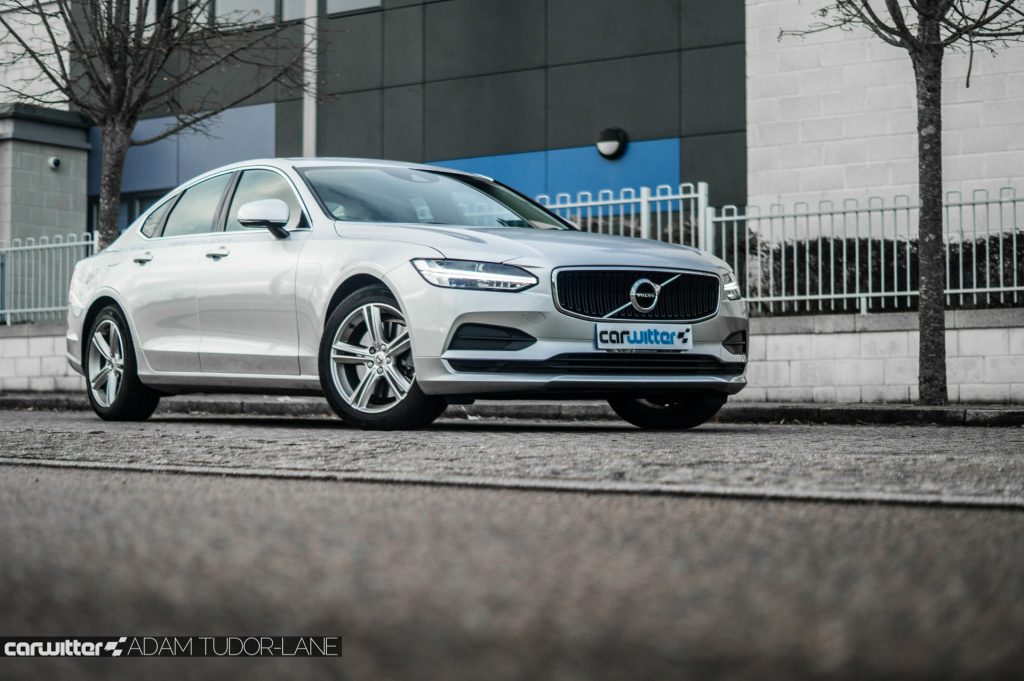 We’ve already lauded the design of the S90, looking as though it should be in a futuristic film ferrying around cyborgs it puts the rest of the company car gaggle to shame.

Its huge rear lights envelop the back end, like book ends keeping the car together. They make it look wide, and Volvo have gone with dual exhausts at each corner to balance everything out nicely.

Again, commenting on the lighting, the Thor hammer headlights are incredible. Match it with a prominent flat nose grille then some sweeping air inlets below and you have a pretty sorted, masculine front end. 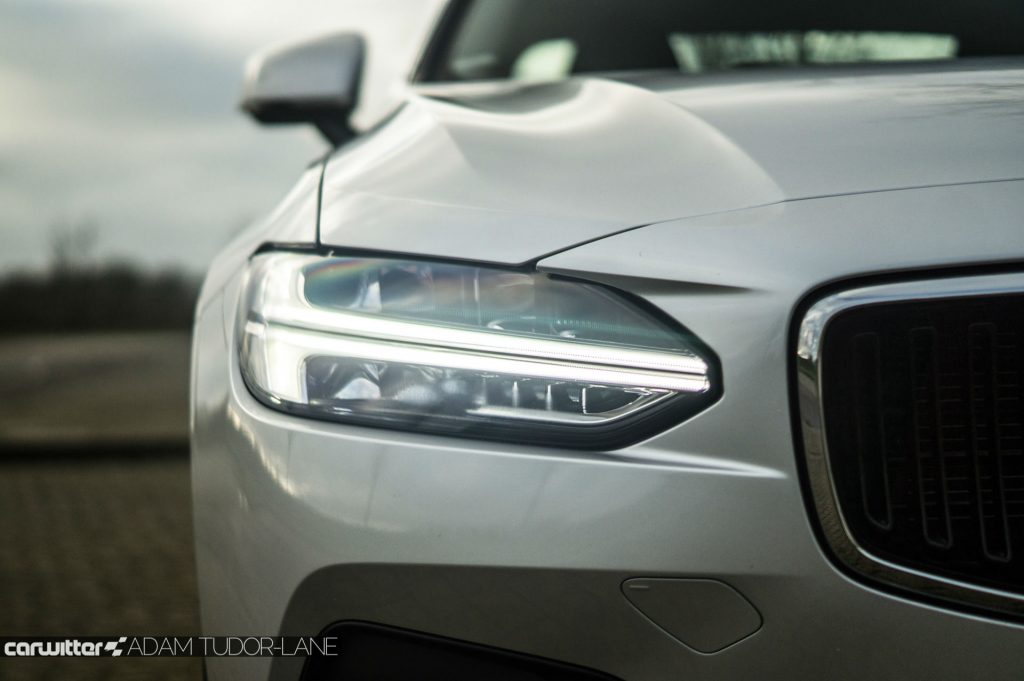 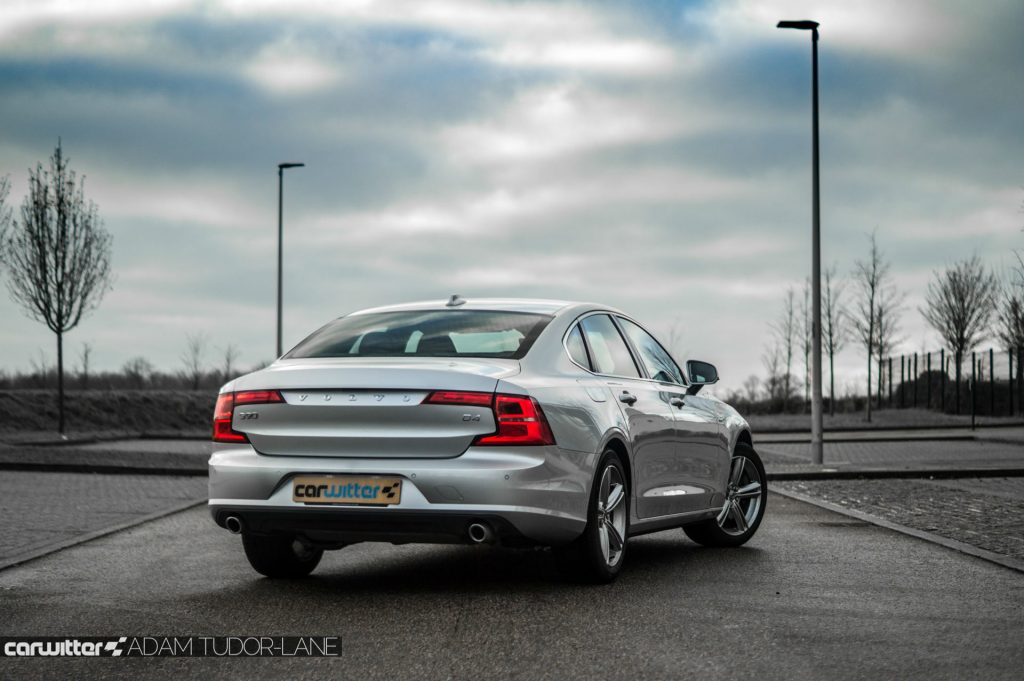 Thing is…this engine doesn’t go with the looks. It sounds like a diesel taxi on idle, much more suited to being in farm machinery than a slice of the future from Sweden.

Over normal driving the diesel rattle isn’t that bad. Under load the noise can become quite intrusive though, which is a shame as it spoils the serene luxury of the S90. 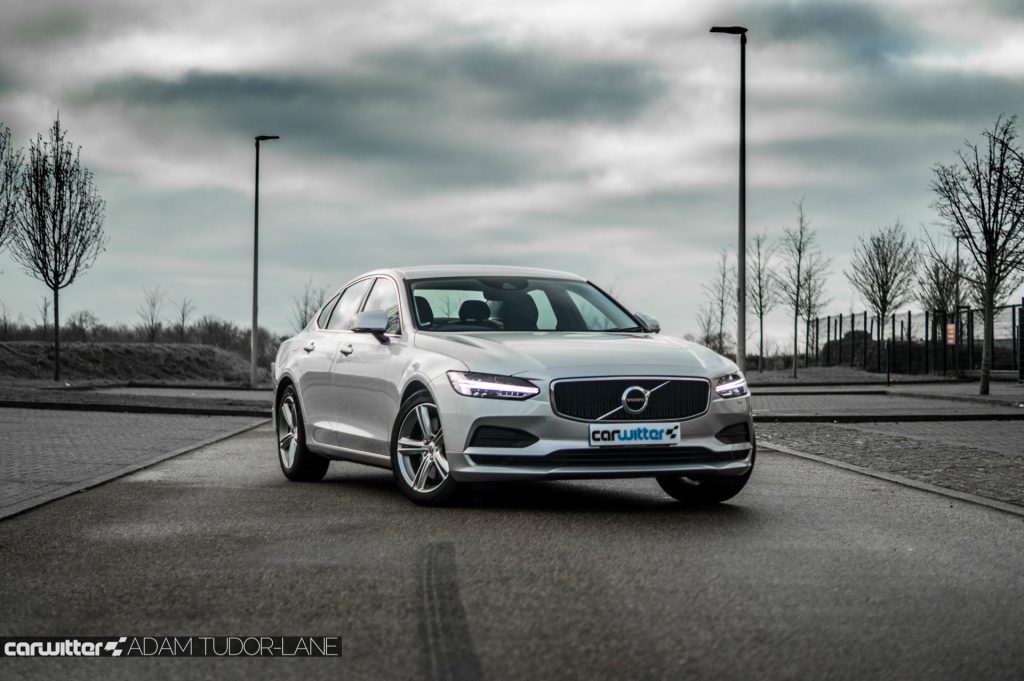 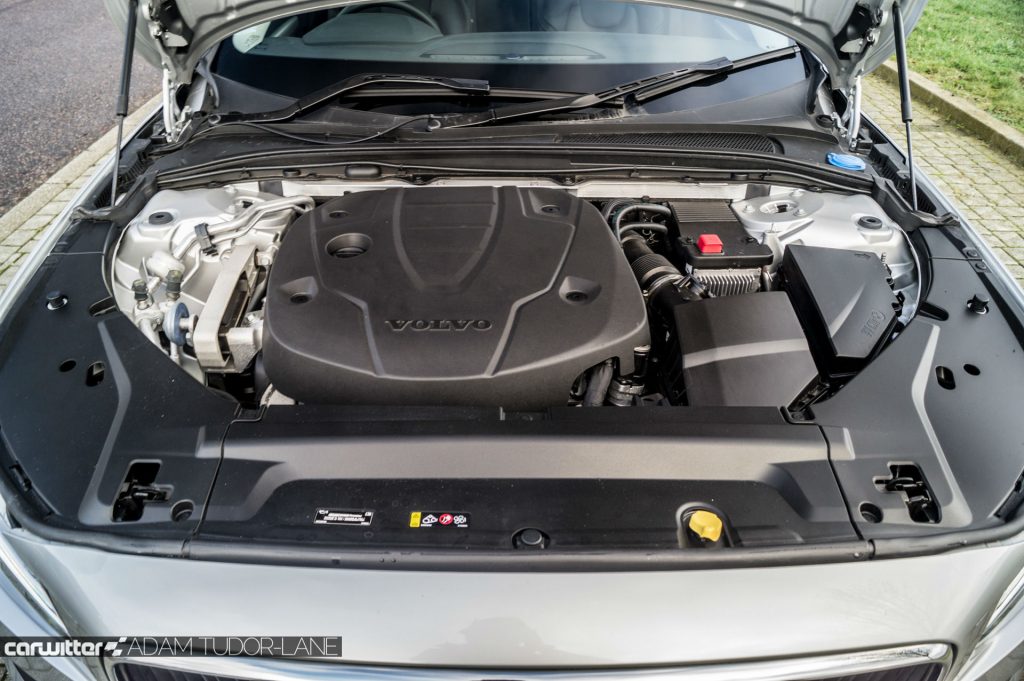 In such a hefty car – five metres in length – you might be thinking that 190 horses would be lost in such a big old lump. But with a 0-60 time of 7.9 seconds it can keep pace no problem. It never feels lacking thanks to all that torque.

Being a big old barge you’d think the handling would be boat like, but it’s rather easy and precise to place on the road. Riding well over pock marked tarmac, taking everything in its stride with just a mild thud being heard beneath.

Handling is sharp enough, but this is ultimately meant to be a cruising limo, not a B road blaster. So things get a little marshmallowy if you really start to push on through some back lanes.

Its slick eight speed Geartronic ‘box shifts ever so smoothly, and helps keep the gruff diesel in check at higher speeds. 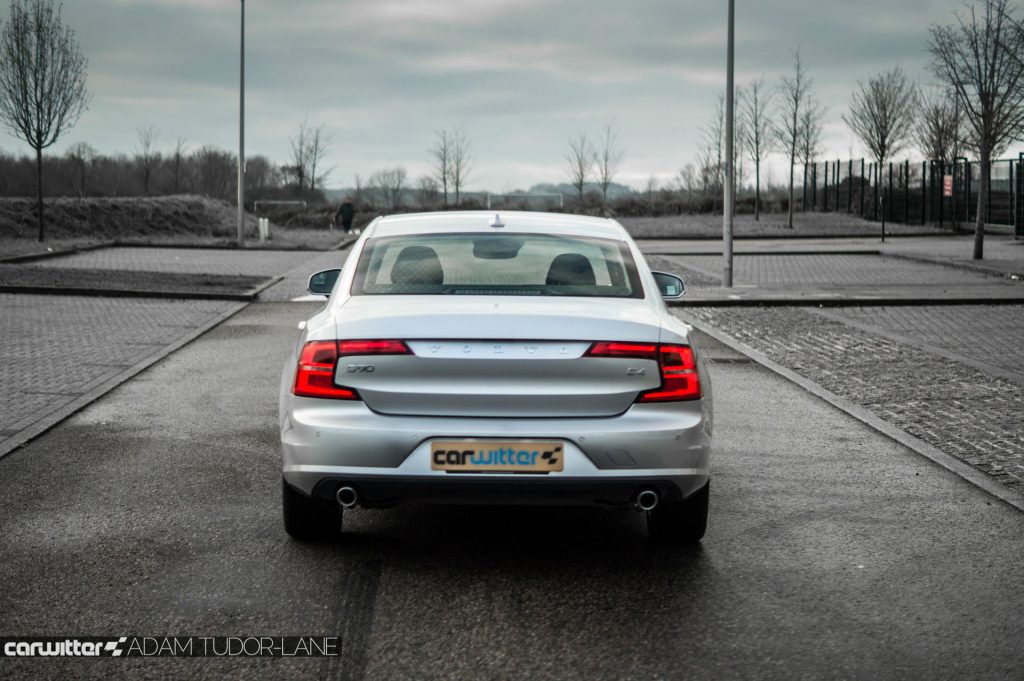 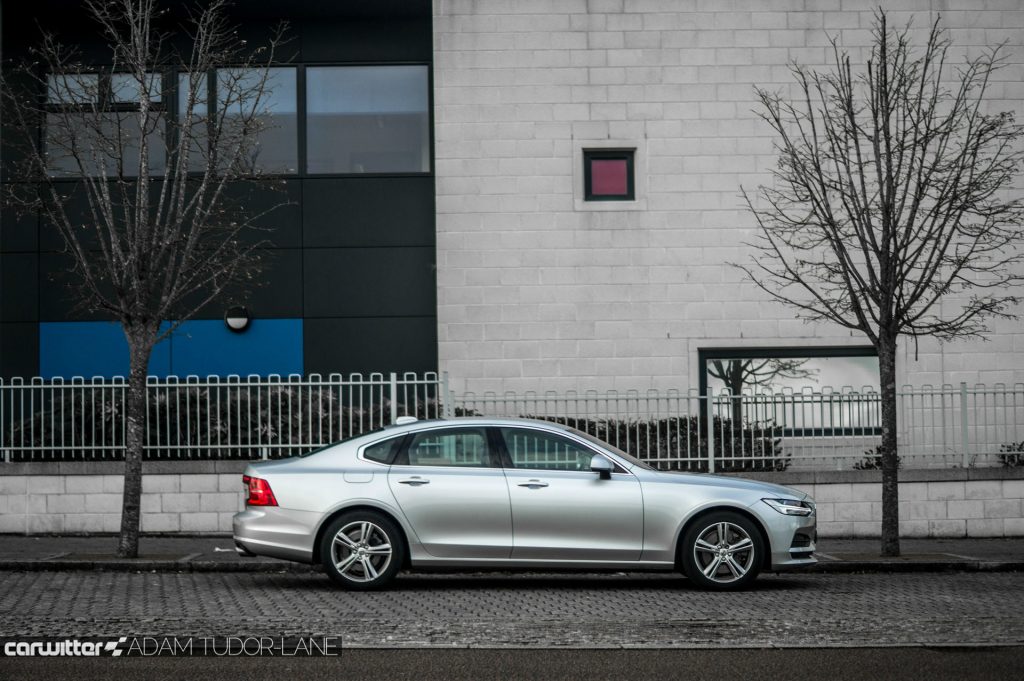 As we found with the XC90 the interior is just as good as the elegant skin. It’s so modern inside the S90, there’s barely a button to be seen. 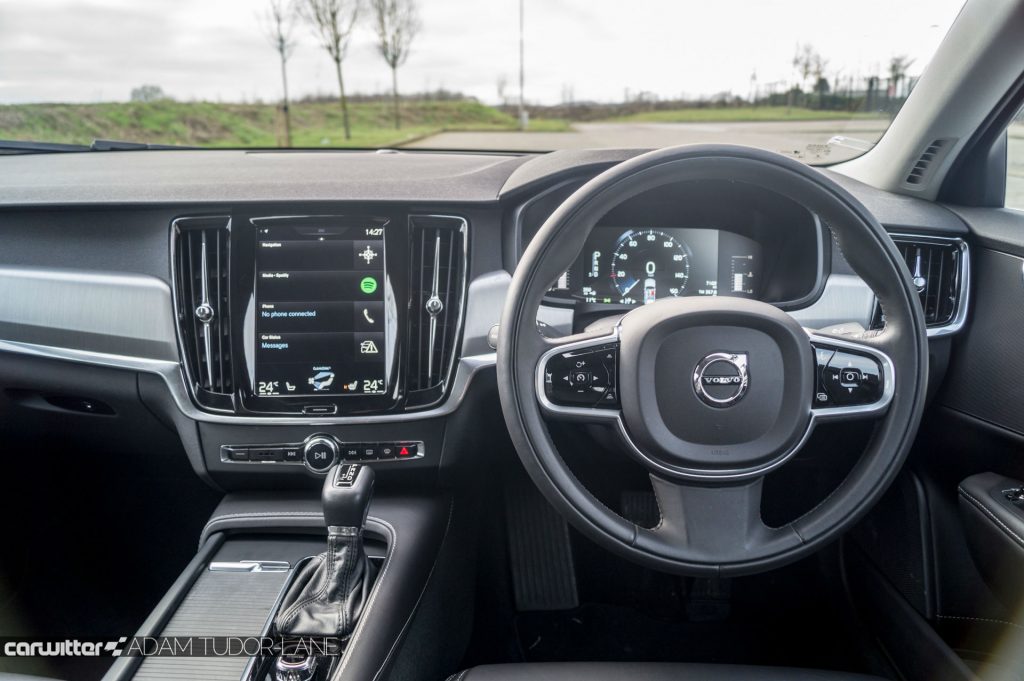 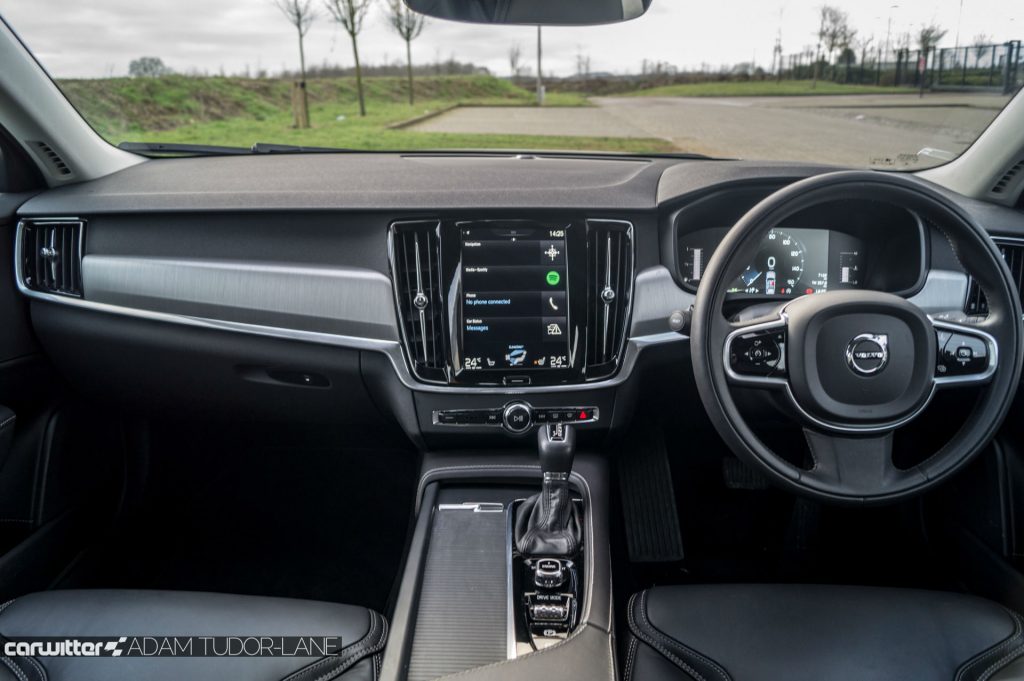 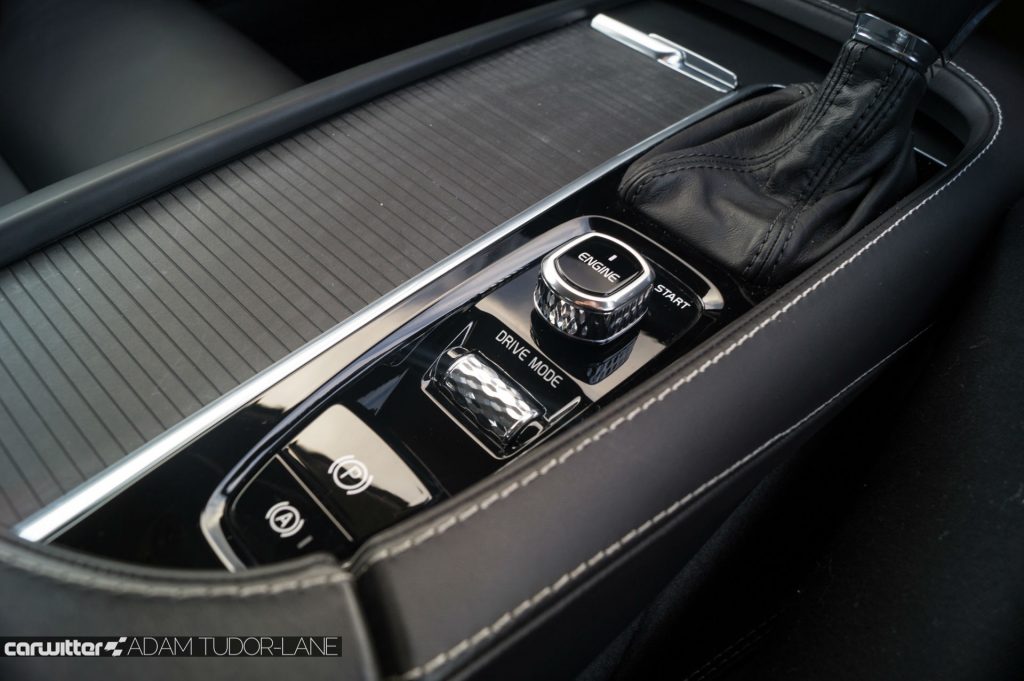 You start the S90 via a small click switch mounted in the central tunnel, it’s all very fighter pilot. The only part that lets the interior down is the old fashioned gearstick. Jaguar have long since proved it’s not needed in autos.

So why in this sparse, Scandanavian design masterpiece, is there a dated leather stick protruding from the centre console. It could easily be done with buttons, and omitted completely. 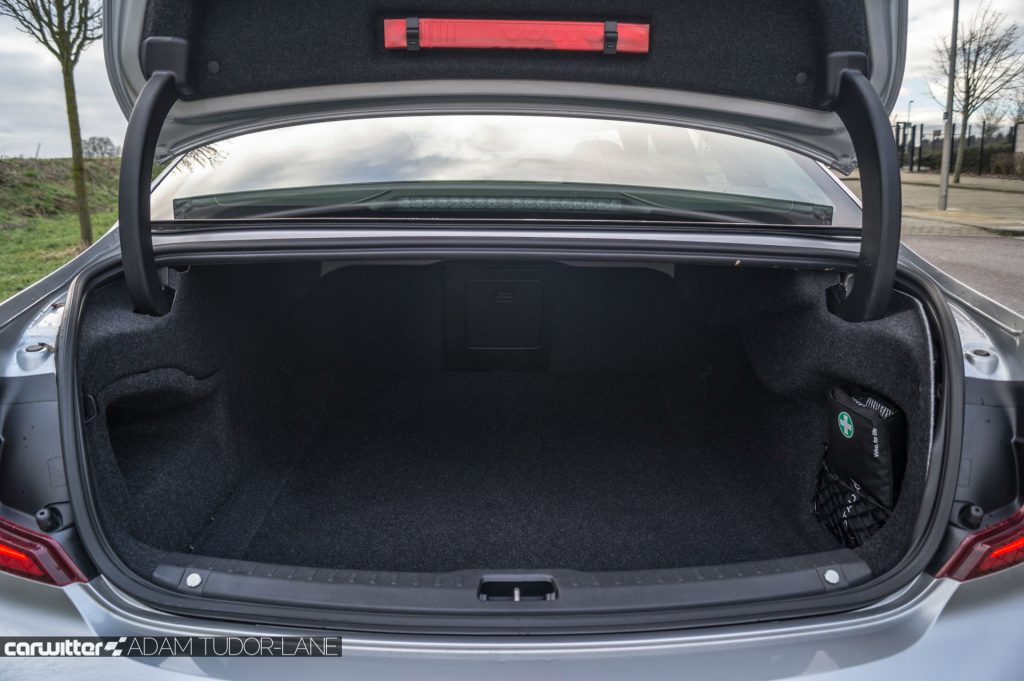 But, you may want to opt for a rear camera. The boot lid is rather high so it makes seeing anything but the sky above rather tricky, and at five metres long it isn’t the smallest of vehicles to slip in and out of tight spots with. 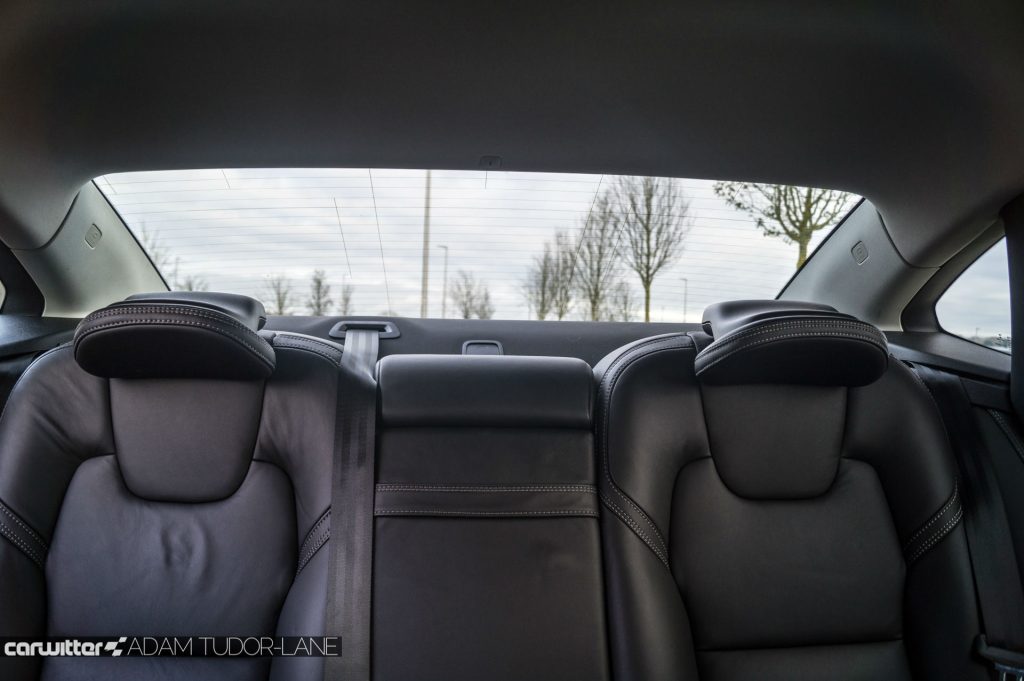 We love different here on Carwitter. We’d go alternative over mainstream any day of the week, so the Volvo is a winner.

It would be good if they could refine that clattery diesel, and sadly they don’t offer the T5 and T6 petrol versions over here…maybe a hybrid will come to fruition down the line.

On style and rarity alone we’d take this over a Jag, beemer, Audi or Merc any day of the week. 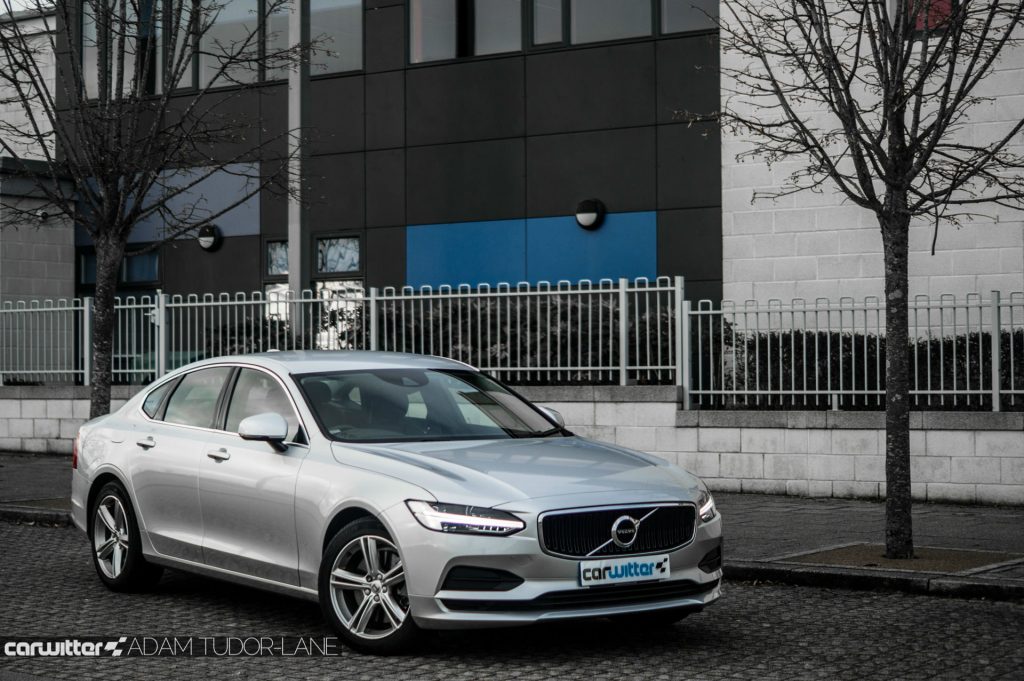 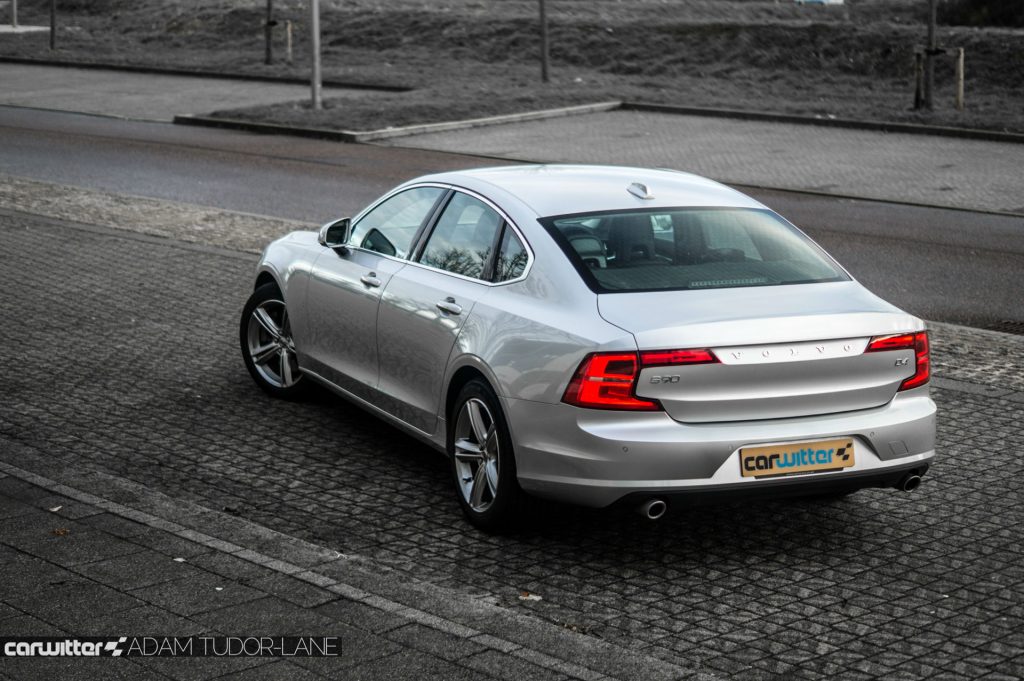 Our story on Rear View