So you need seven seats on a budget? Look no further than the Vauxhall Combo Life. It started…life…as a van, but is now a super affordable people carrier.

Ok, so the Combo Life doesn’t have the looks of any of those, but to be honest, that doesn’t matter. It’s a damn good car. 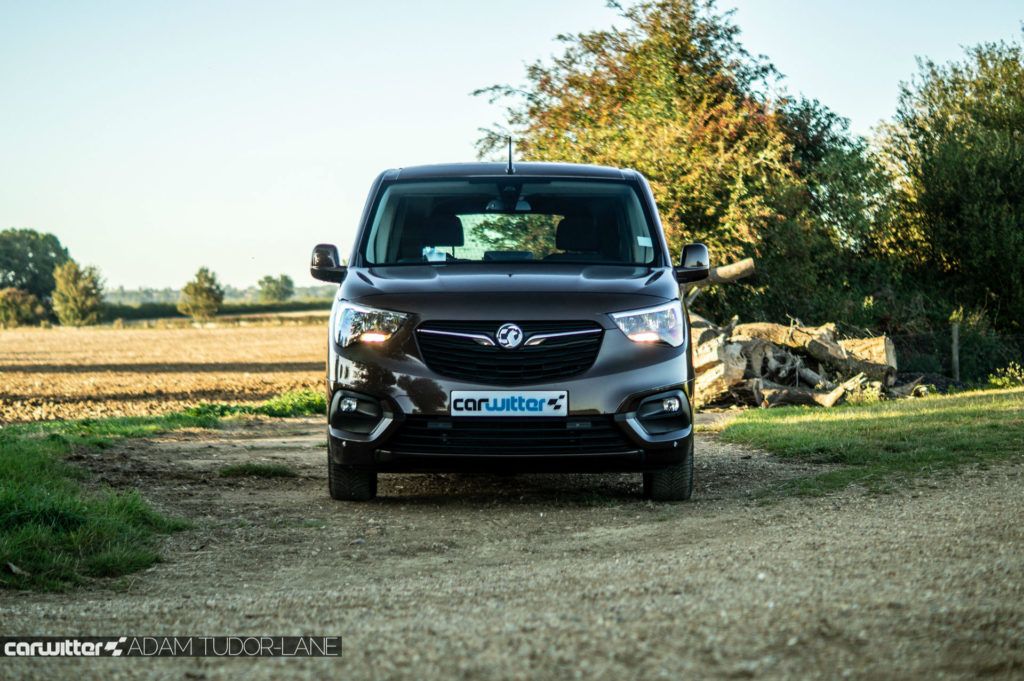 Let’s not beat around the bush, it looks a bit like a van with windows, there’s no real escaping that. But the standard 16-inch alloys help to ditch the original Combo’s purpose, just stay away from white and silver and your golden.

Our Combo Life came in pearlescent Cosmic Brown. Think of it as Marmite. It’s pretty god awful when you first see it, but over our two weeks with the Vauxhall we warmed to it.

It’s different, and at least it isn’t white or silver. Our pick of the lot would probably be darker Moonstone Grey or Night Blue. Anything other than white or black will cost you an extra £565. 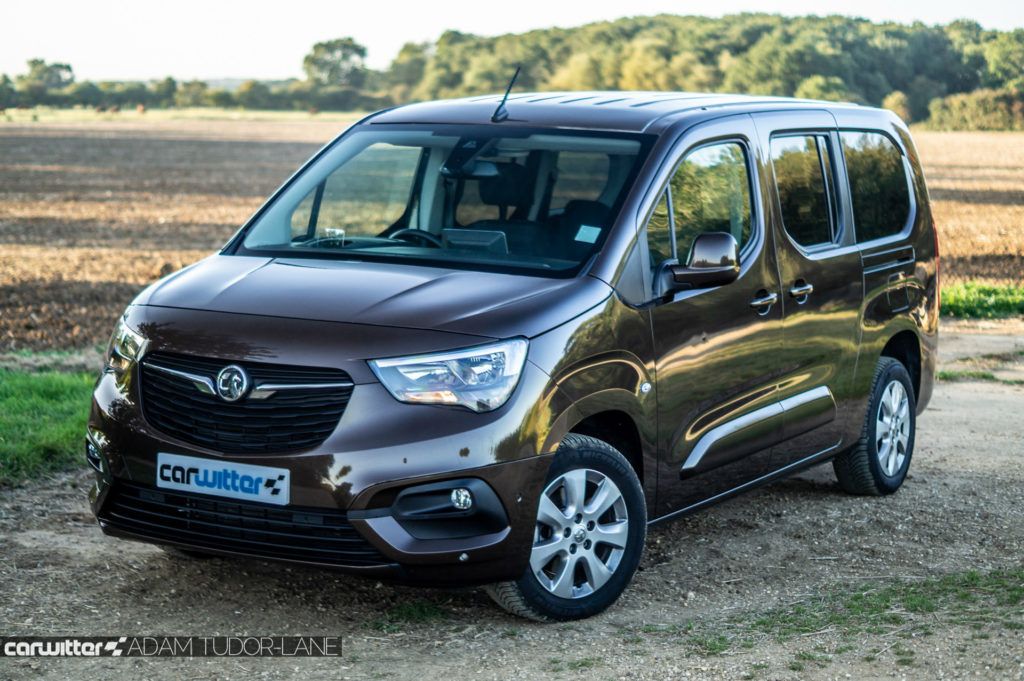 Vans are always wobbly and wallowy, as is the Vauxhall Combo Life. But this makes it the perfect family wagon. It’s one of the comfiest vehicles we’ve driven in a long time, in fact, we drove it nearly 700 miles. Never did it feel tiring or laborious.

It just soaks up lumps, bumps and potholes without a care in the world. Yes, it leans in corners and under sudden changes in direction like you wouldn’t believe, but that can be forgiven due to the sumptuous ride quality. 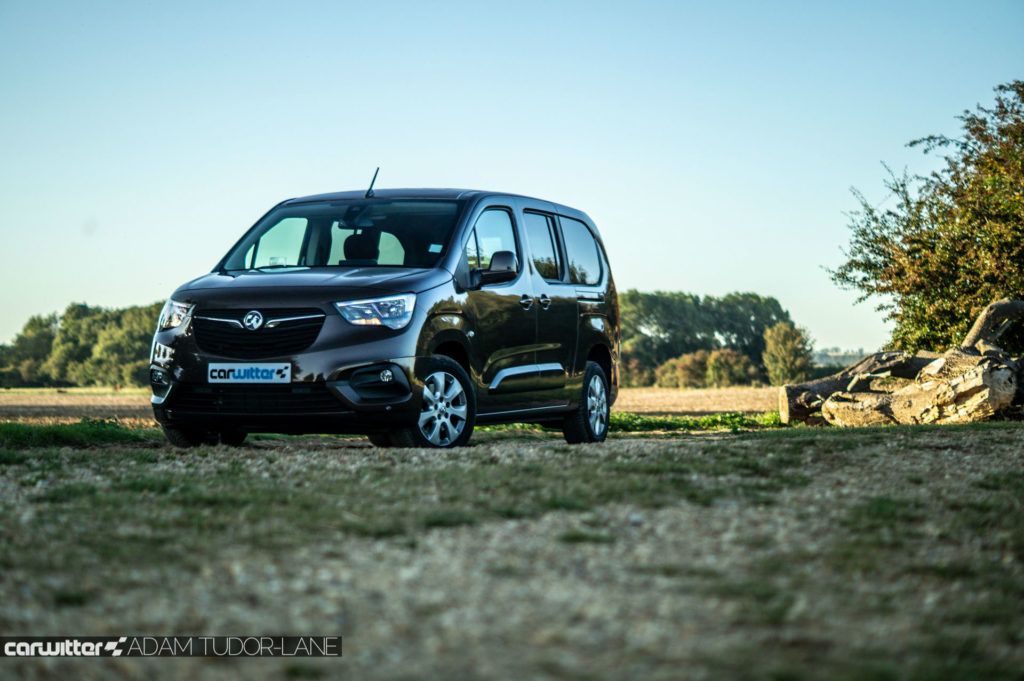 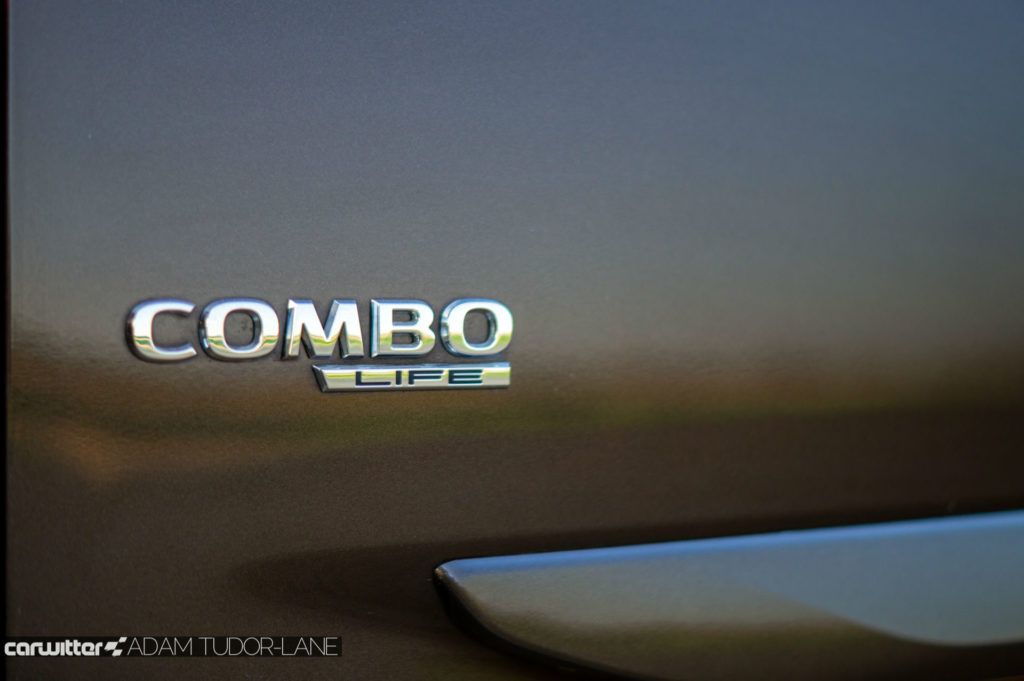 Powered by a three-cylinder 1.2-litre turbocharged engine you instantly think a vehicle of this size is going to be slow as hell. Wrong.

Making 110PS and an impressive 205 NM of torque the Combo feels far spritelier than it looks on paper. Around town, it accelerates up to 30 and 40 MPH with ease. The official 0-60 time is a woeful 10 seconds, but you’d never know.

Over 693 miles we managed 36.6 MPG over a mix of mostly motorway miles, but some A and B roads were thrown into the mix too.

Acceleration and braking are met with a little lift and dive, but it’s well-controlled, while the steering is super light and pretty instantaneous in its nature. Another element that takes it away from its van roots. 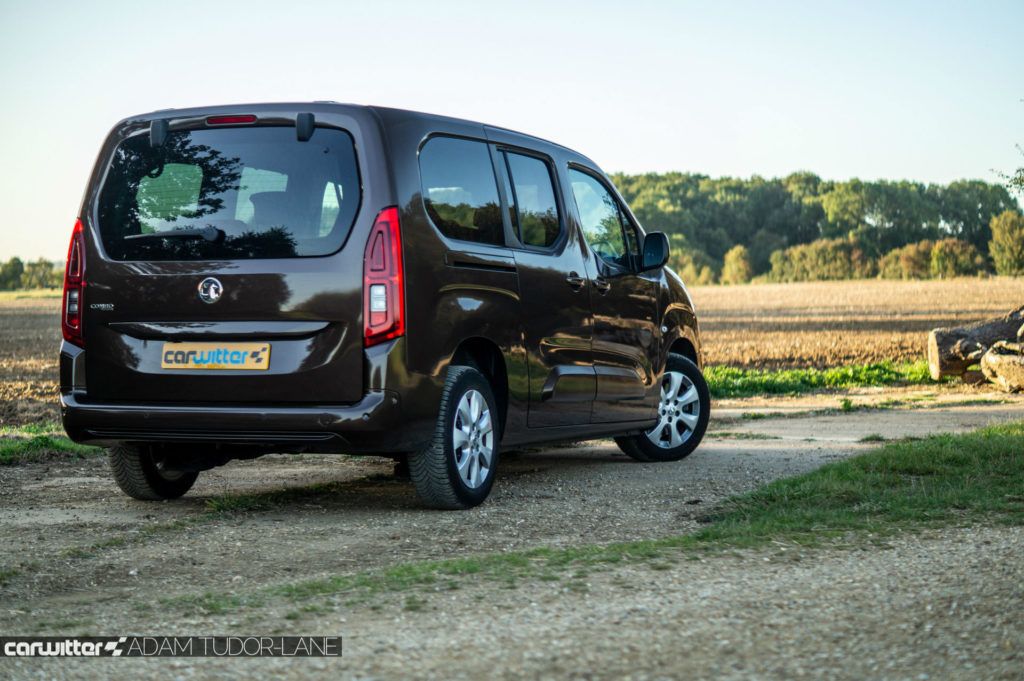 Sitting slightly higher than you would in a normal car, yet a little lower than a crossover means you still have a commanding view of the road ahead.

The seats are probably the only real let down we found in the whole vehicle. They’re flatter than a pancake that’s been run over by lorry carrying lead.

There’s just no support at all, and when the Combo Life corners at angles that feel like you’re on the 9:40 Virgin Pendolino to Euston you need something to grip you, just a little.

Both seats get individual armrests, these also aren’t adjustable they kind of flop into place without any way to raise or lower them to get the optimum comfort.

They do however give you an almost armchair like seating position which is most comfy on long jaunts. 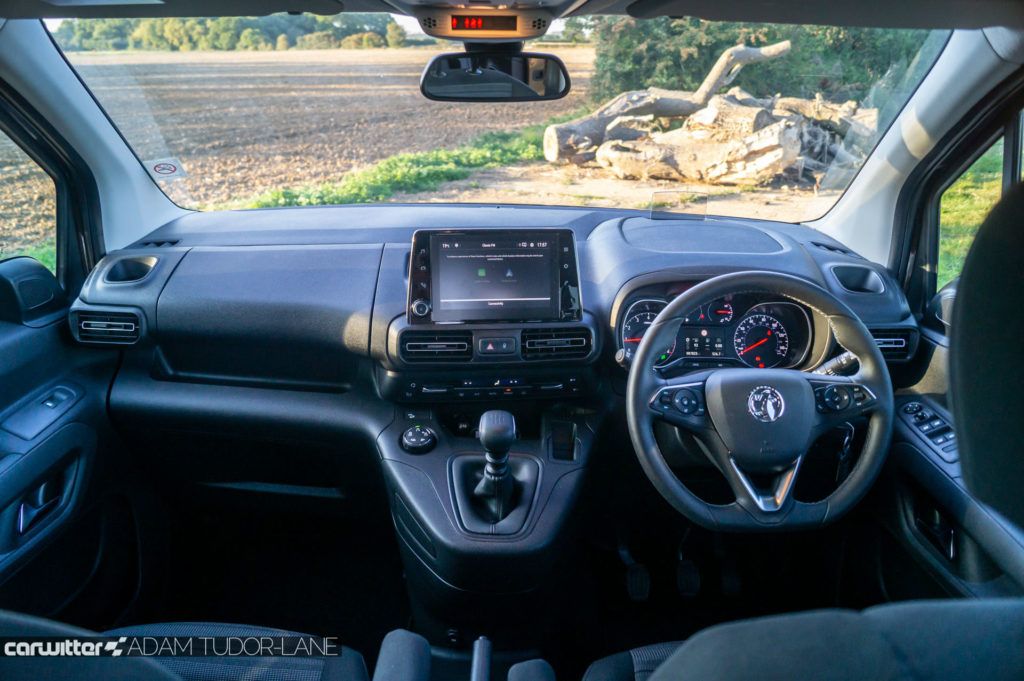 Dash plastics are hard, van-like hard. Again, that’s not a bad thing, in a family wagon such as this the harder and more resilient the better. The textures are all easy on the eye and can be wiped down without a fuss.

All the dials look suitably premium, and all the touchpoints are also of a decent quality including the steering wheel and leather gear stick.

There’s an 8-inch infotainment screen as standard, our model was upgraded with nav for an extra £450, but it’s not entirely necessary as the normal one will mirror your phone just fine.

We also had a wireless charging pad in the dash which was handy, not a bad addition at £105. 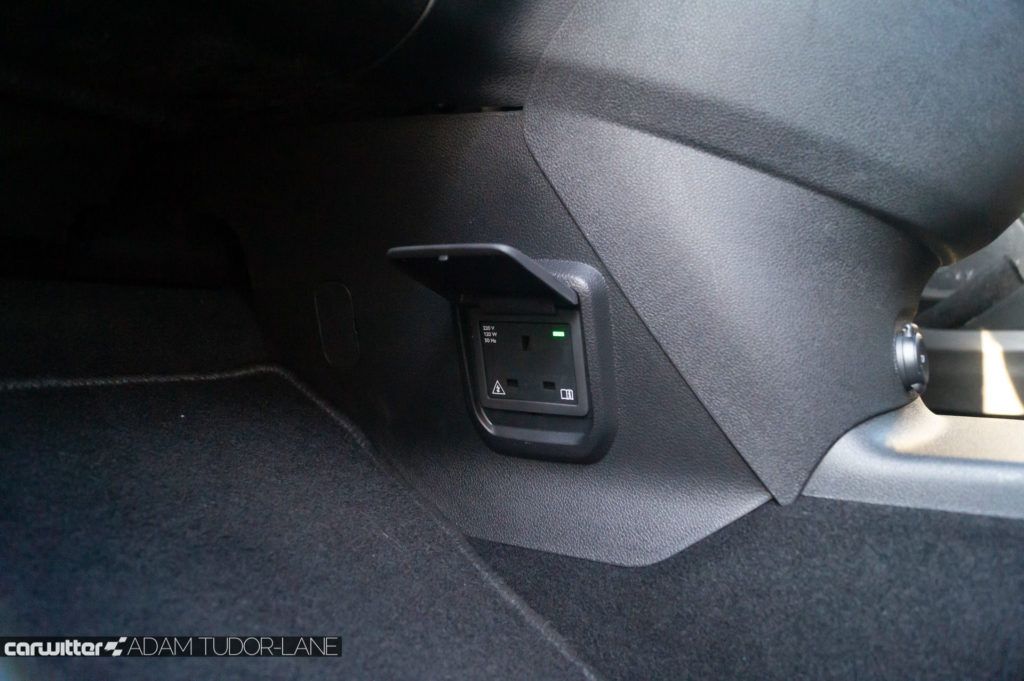 Interestingly enough there was also a 230V three-pin mains socket in the passenger footwell, something that could come in incredibly handy on weekends away or camping trips, it was even cheaper than the wireless charging pad at just £50 extra. Bargain. 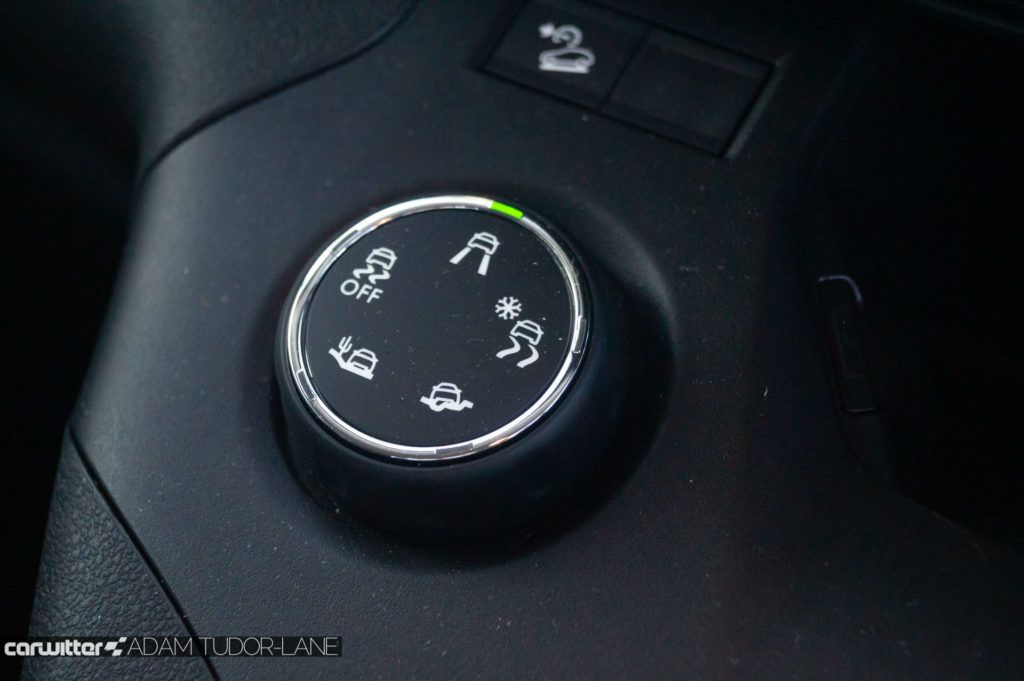 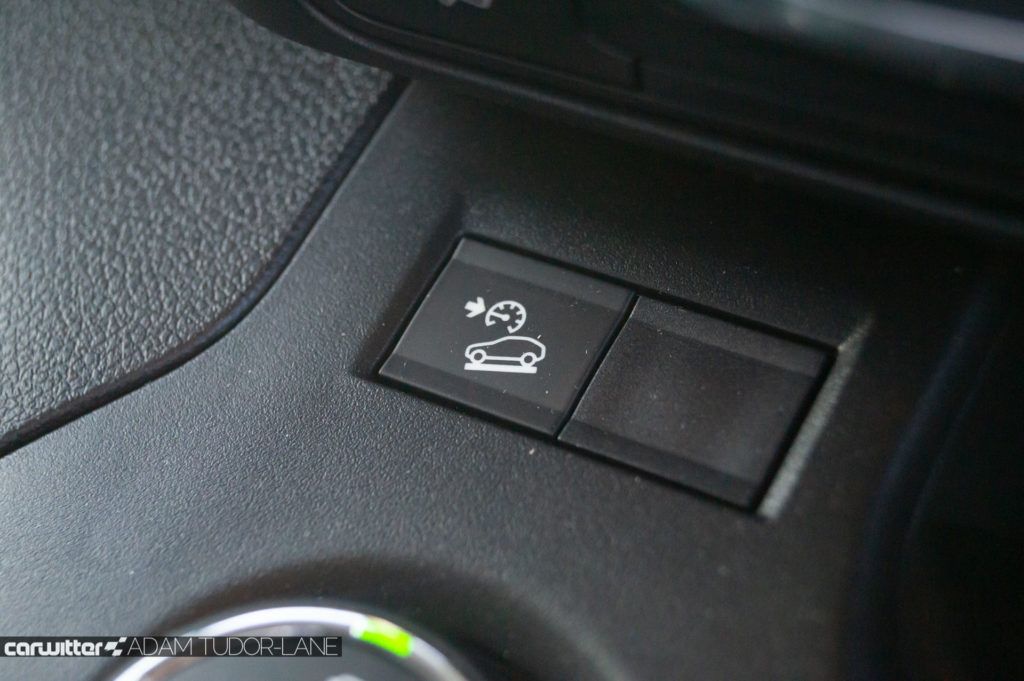 There were a few other oddities thrown at our Combo Life, the pseudo-all-wheel drive IntelliGrip system that uses the ABS to stop slip in sand, mud and snow, it also includes hill descent control making this 7-seater the perfect soft-roader for adventures – £410. 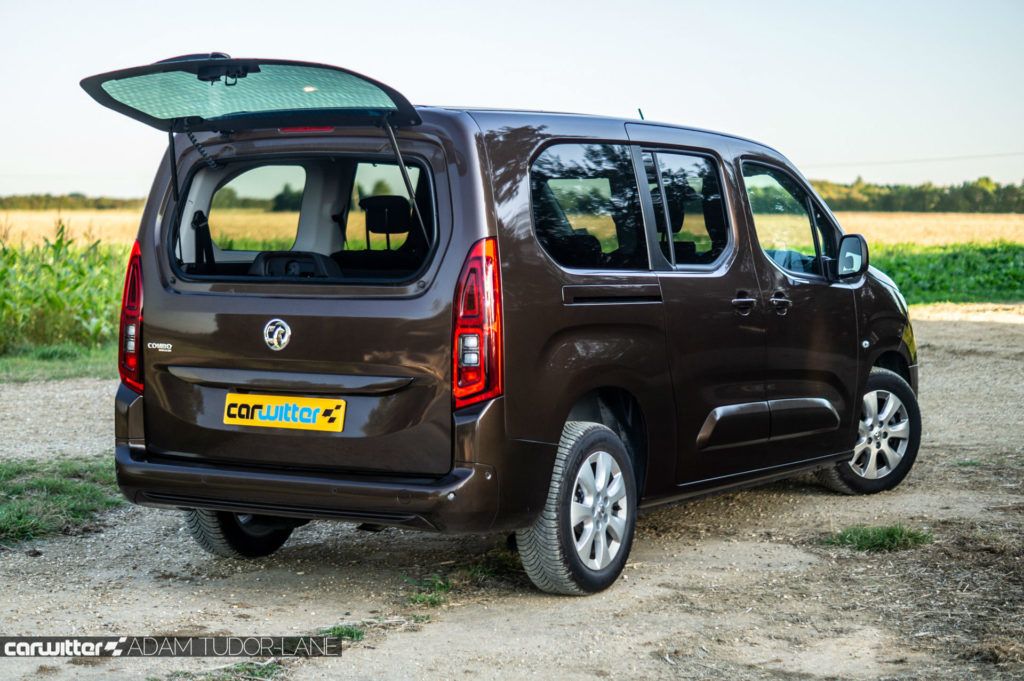 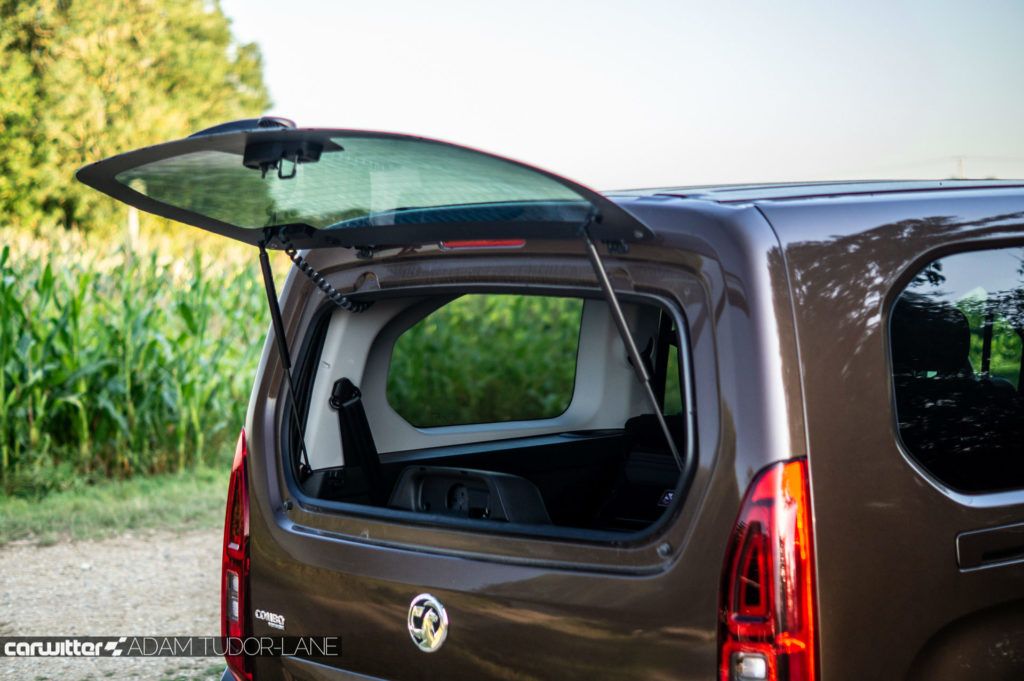 And the last strange spec option came in the form of the opening rear glass tailgate, it makes sense to throw the occasional item into the boot rather than opening the whole huge rear hatch, but the floor is still quite a way below, and the window is fairly narrow.

Lifting bags of shopping that high just isn’t practical, so while it’s a cool feature it’s hard to see when you’d ever need it. 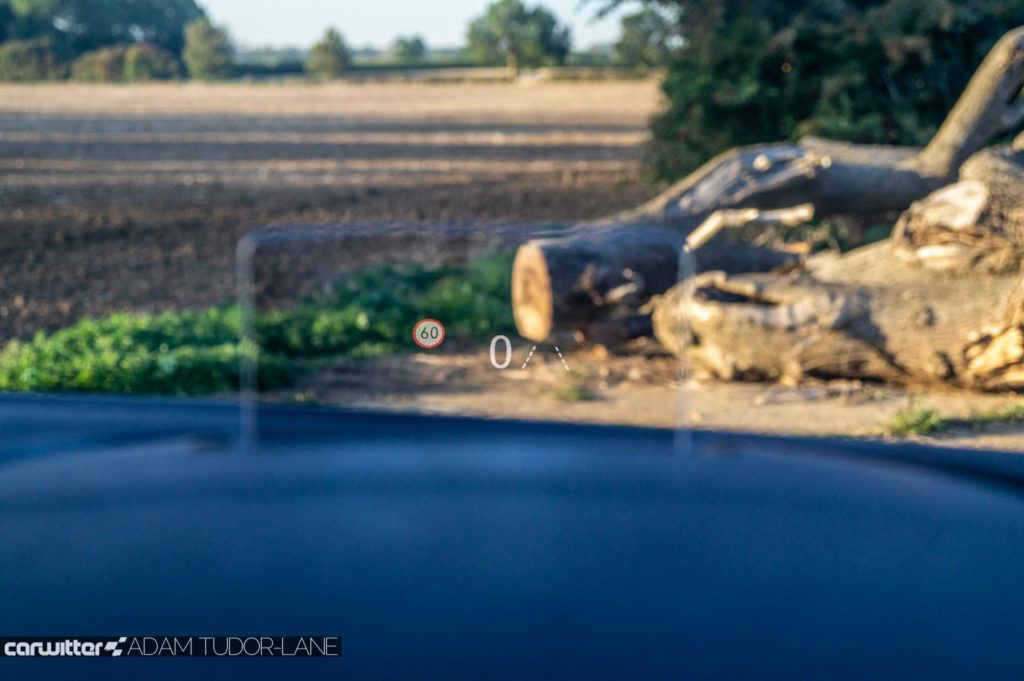 Our ‘Parking Pack’ is now standard fit on the ‘Energy’ model, but the head-up display is a rather costly £355.

Adding all the extras certainly makes the Vauxhall Combo Life feel far more like a car than a van, all of the options are keenly priced, and you can tailor the spec to your exacting needs.

The only issue we had with the interior, and it’s a big one, is the lack of USB charging sockets. In the whole vehicle, there’s just one.

One USB for a 7 seater family wagon. And that’s on the bezel of the infotainment screen. You’ll find another hidden away in the glove box to be used as an aux connection, but apart from that you’re stuffed.

On the plus side, there are cup holders literally everywhere and an additional 12v socket by the rear driver’s side window. 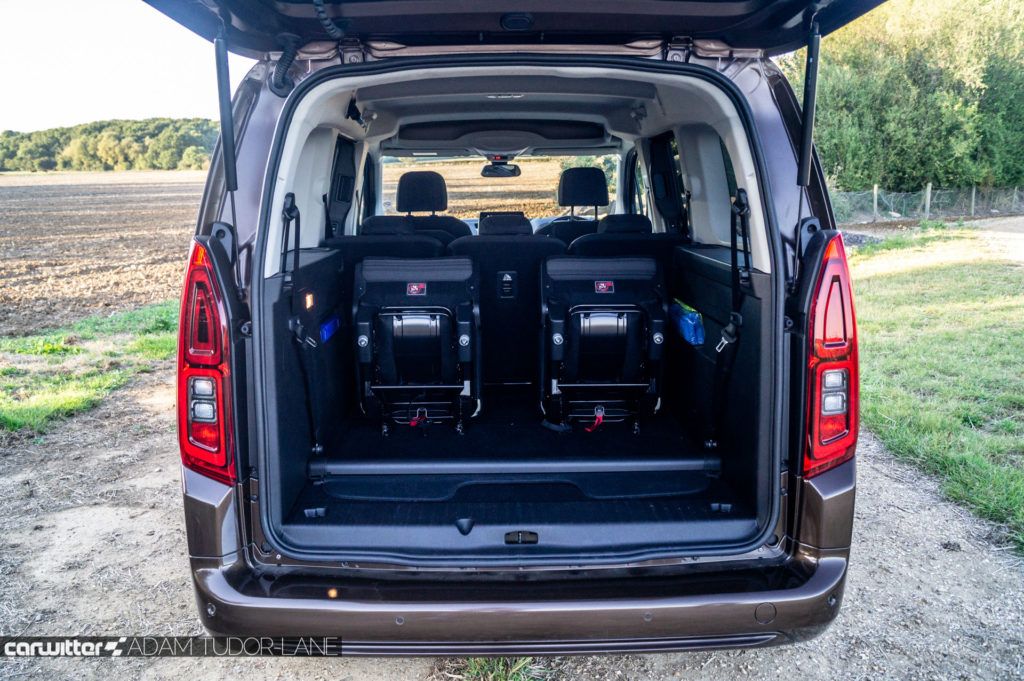 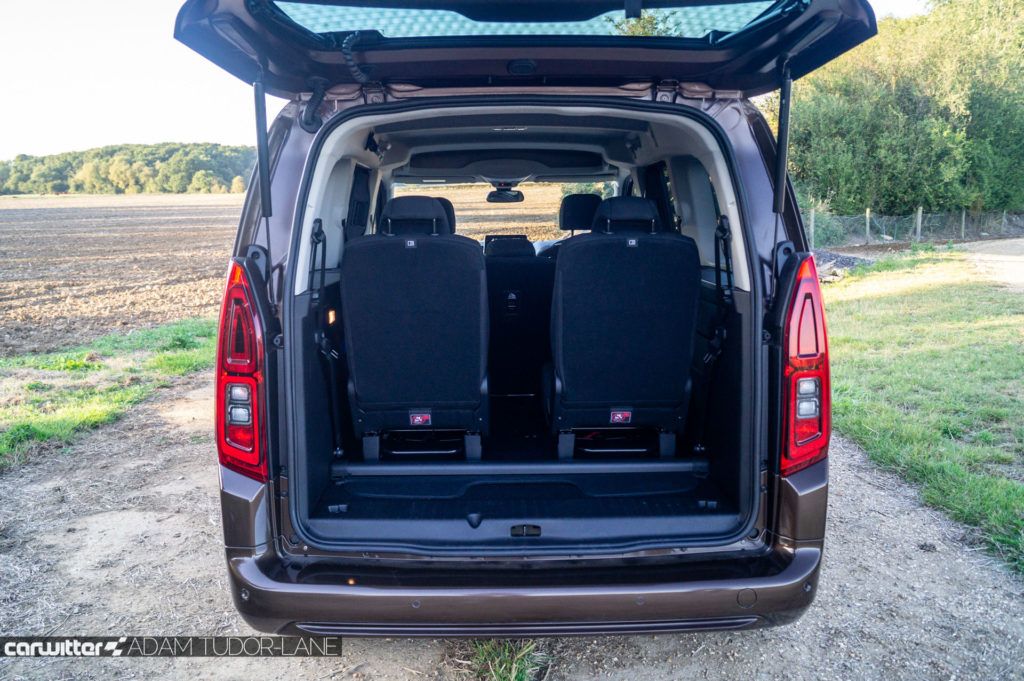 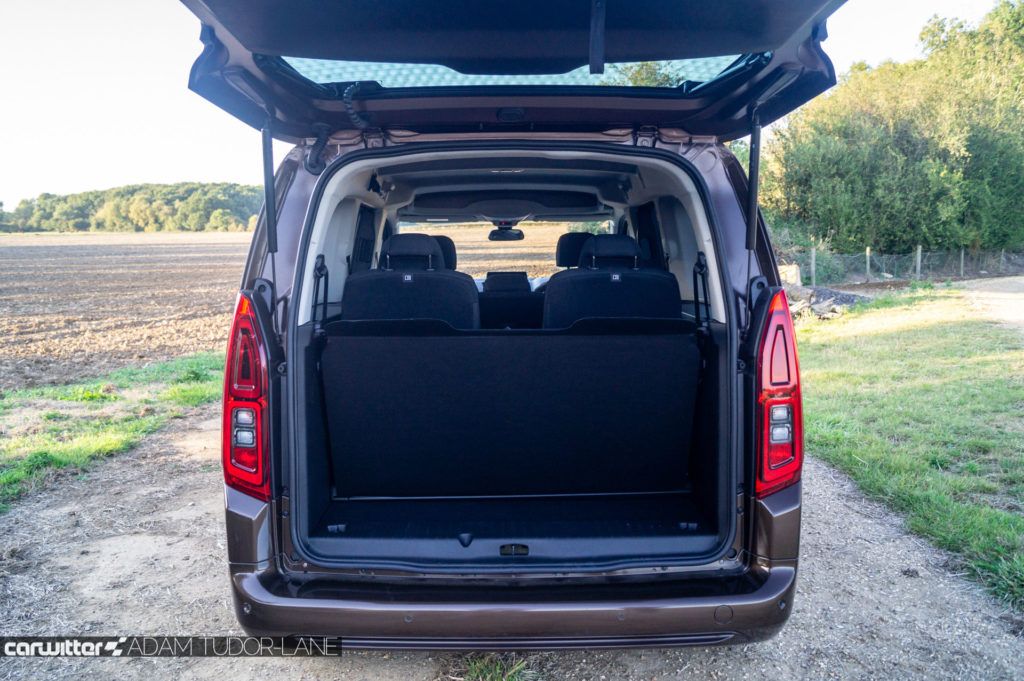 At the very back, the two rear seats lift up and forward with a simple pull, this gives you more load space without removing them entirely. With them down there’s a huge 806 litres of room, folded up that grows to 850 litres.

Fold the second-row flat, and this increases to a huge 1,672 litres to the windows or 2,693 litres to the roofline. Perfect for those trips to the dump. 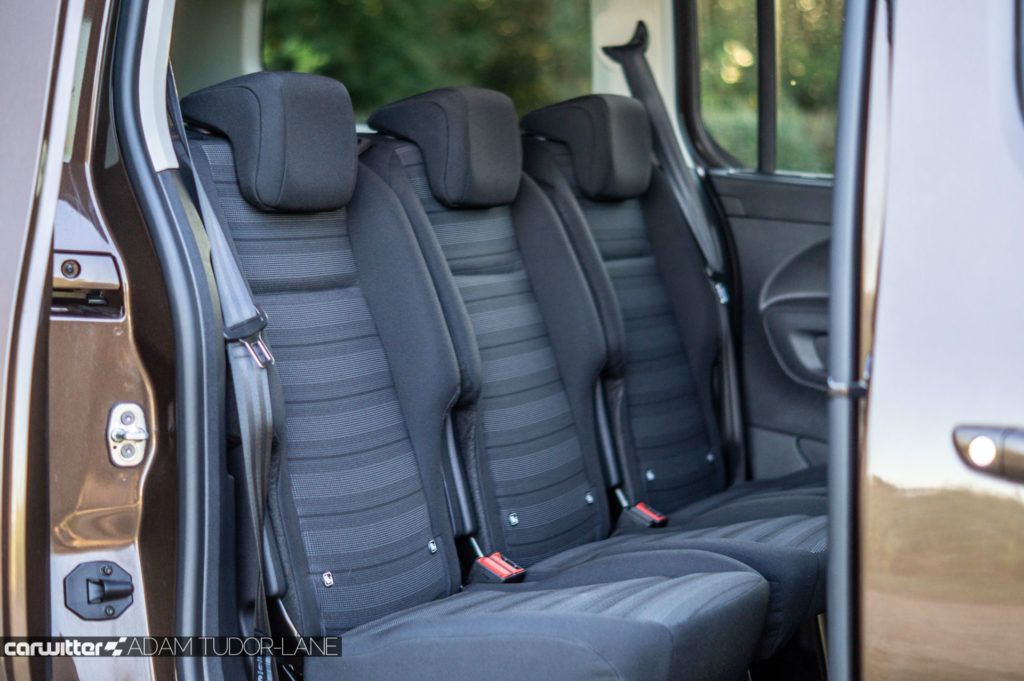 With all the extra options our ‘Energy’ trim Combo Life XL totalled £25,575. So nearly the same as an entry-level Kodiaq but with every optional extra and far more luggage space.

As boxy and van-like as it is, there’s precious little to outweigh the affordability, comfy ride and practicality on offer here.

There are a few idiosyncrasies like the lack of charging ports and naff seats, but during our time with the ‘Big Brown Fun Bus’ we genuinely grew to love it.

If you can get past those looks, then it should be high on your list if you’re after a family-friendly seven-seater. 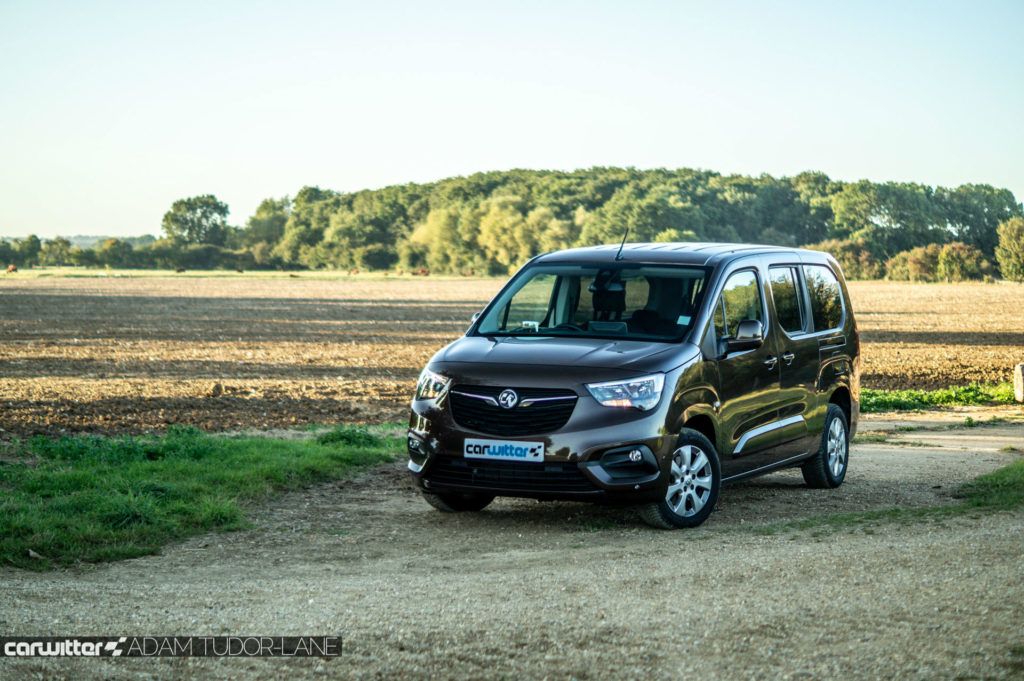 Are fuel cards worth it for small businesses?

Clean Air Cars: Why Fuel Emission Tests Are So Important