Now the only time I have come into contact with a Vauxhall ADAM was at a test event where I drove an entry level 1.2. It was the single most frustrating drive in a long, long time. It was completely gutless, walking felt quicker, and I haven’t heard much better regarding the 1.4 either…

So to redeem my faith in Vauxhalls chic city car I took an ADAM S for a week long city blast. 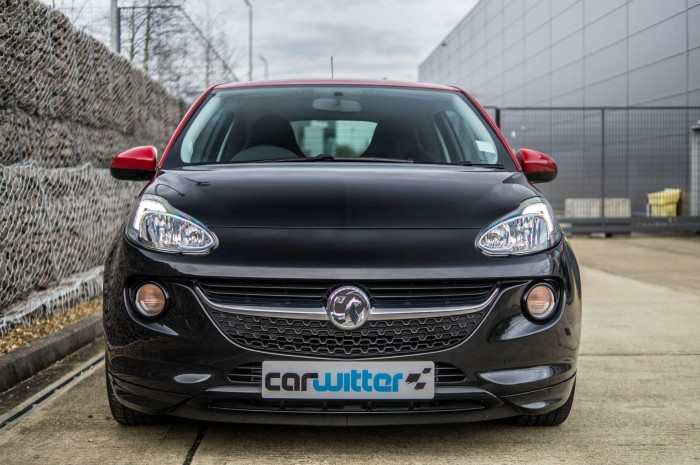 Being the sportiest model in the ADAM range it has a 1.4 turbo engine producing 147 BHP and 220 Nm of torque. This propels it to 60 in 8.2 seconds. Safe to say this is sitting in warm hatch territory, but can it stamp on the toes of the feisty Abarth 500?

Starting at £17,375 you go without the awesome Recaro seats…you need them. They are an optional extra at £1,610, but they transform what is an average interior into something really quite special. Price – £18,985. 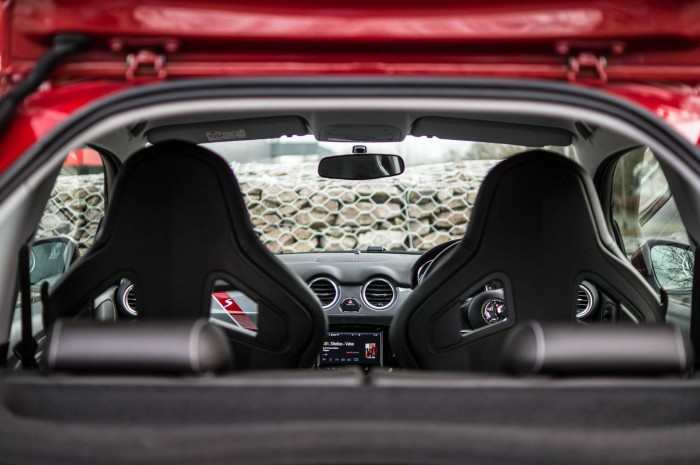 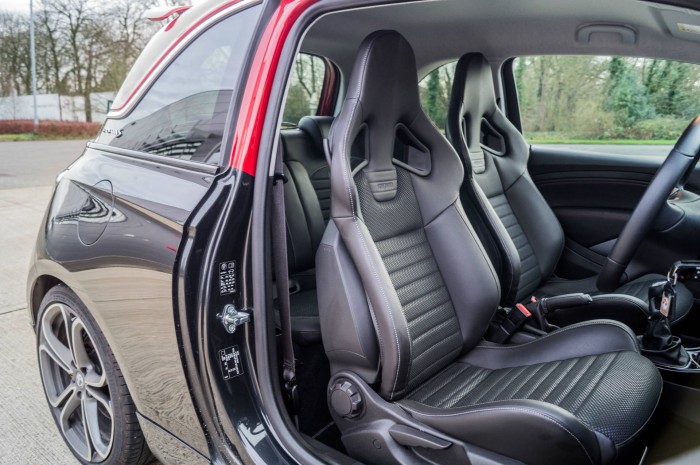 Large 18” alloys really fill the arches and balance out the meaner looking skirts that surround the S.

And that rear wing…although looking slightly silly and shopping trolley’esque it allegedly creates up to 400 newtons of downforce, and at higher speed it does feel very stable, not at all like a small city car. 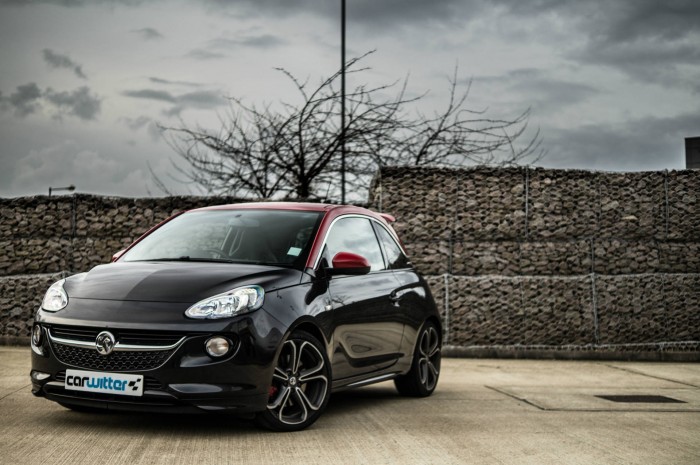 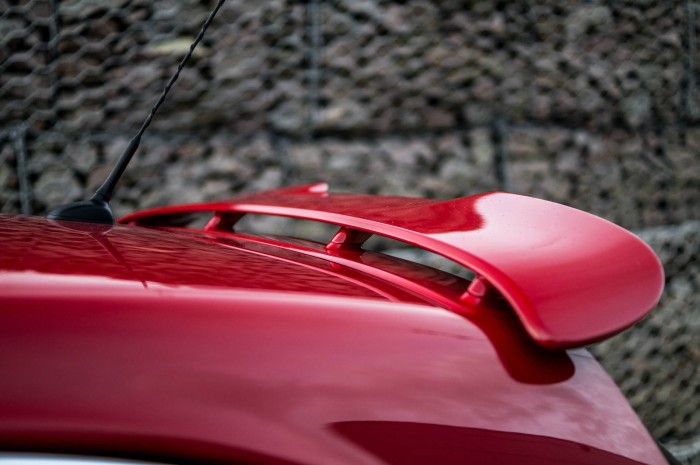 Our ADAM had the Technical Pack fitted which gives you a touch screen interface. There is no sat nav, no heated seats. To me this is a big let-down seeing the money you are paying.

The rest is all good and sporty enough, but nothing ultimately special. Hence why you need the pricey seats. 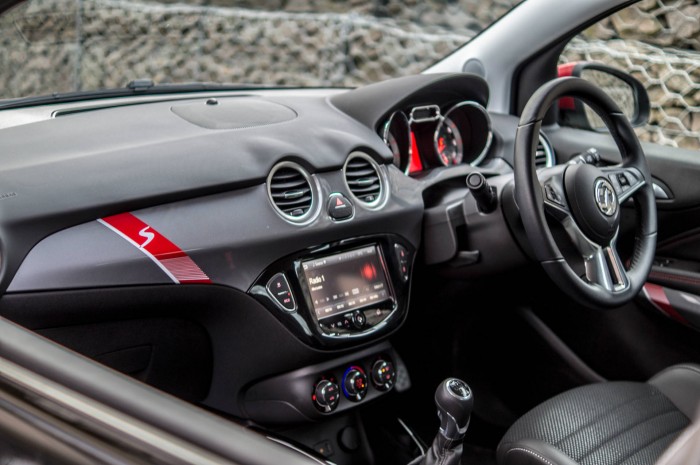 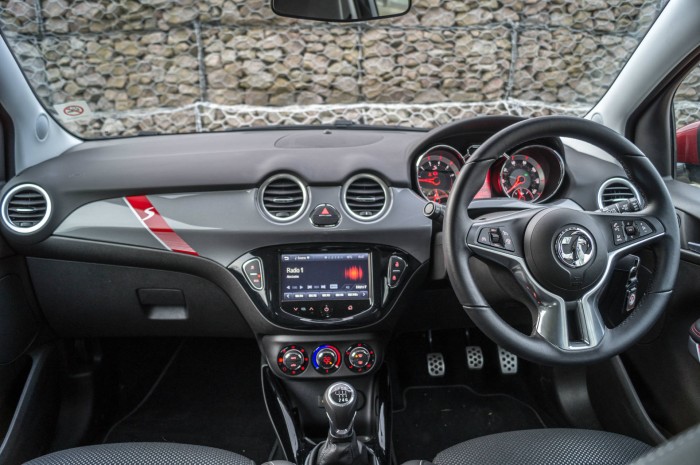 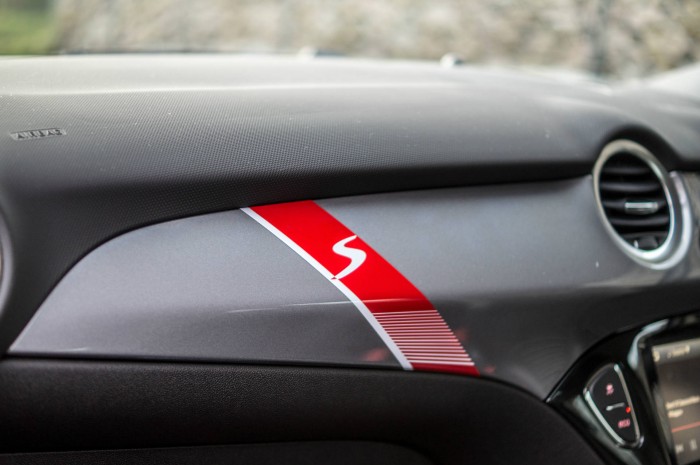 Oh, and those rear “seats” are totally useless with the Recaro’s in place. They should have ideally been removed completely as nobody buying an S is ever taking more than one passenger with them. 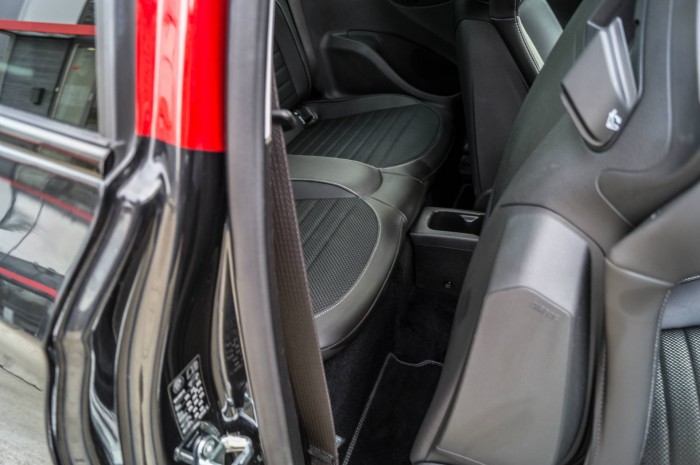 Starting the ADAM give’s you very little clue as to its abilities, there is no real noise from either engine nor exhaust end.

In fact, our first hour with the car was pretty unremarkable, we drove it about 20 miles up the M1 and thought…urgh it’s just as feeble as the 1.2. The torque at motorway speeds isn’t really enough when just cruising.

Due to its small capacity you can’t just leave it in gear, pin the throttle and wait for the torque to build. It just doesn’t have that type of grunt. 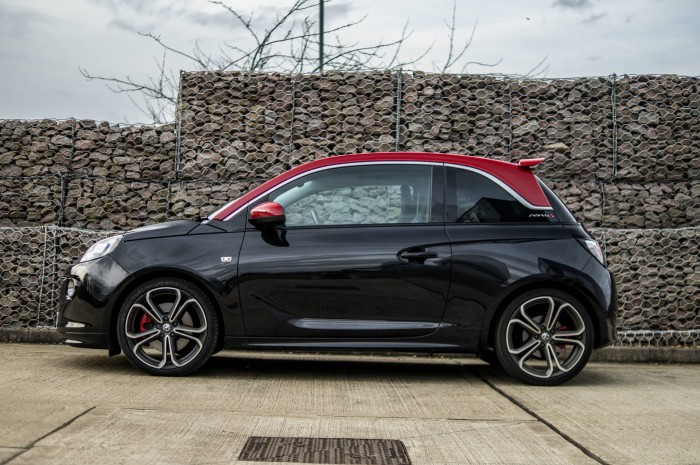 Hitting the streets of Milton Keynes is where it really came alive though, grid roads, roundabouts and stop start scenarios make the ADAM S a hoot.

Because of its smaller capacity you have to work the gears much like a normally aspirated car, there is no feeling of boost at all. Power delivery is linear and you only know there is a turbo involved when you get slightly more shove under acceleration. 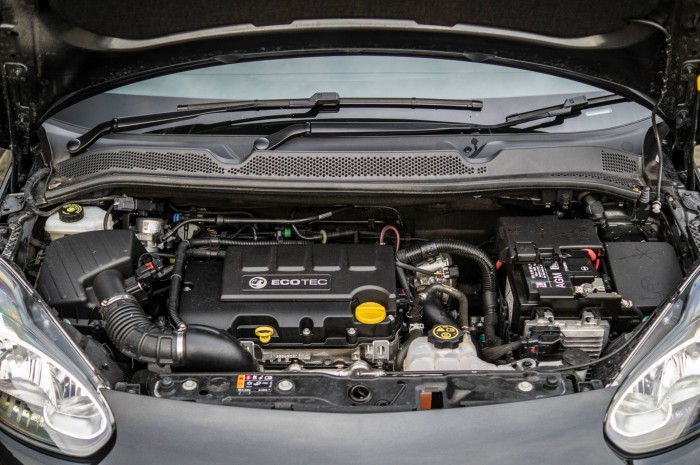 This engine has quite a narrow power band, from about 2,000 to 5,000 is where you need to keep the revs. Anything above or below that is a no man’s land of nothingness.

But working with the ADAM you can really create some momentum and flow. It is engaging to drive, it feels rewarding.

Due to its short and stubby proportions this lil’ Vuaxhall really does handle like a go kart, wheels at each corner its darty, nimble, feels light on its feet. 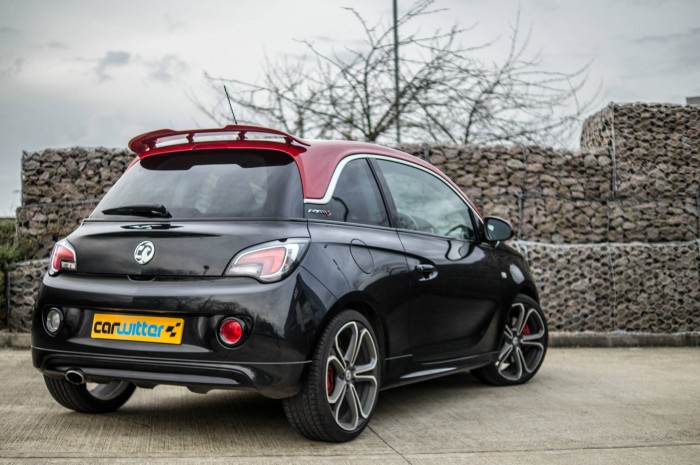 See a gap, shift down a gear, accelerate and you’re in it. This thing is immensely fun around town!

Braking is spot on too. Although this isn’t a full blown VXR model (apparently that will never happen) Vauxhall’s skunk works had a hand in them. They can take a supreme amount of punishment and still keep on stopping with the same force and feel, they have an excellent amount of initial bite and really add to the sporty nature. 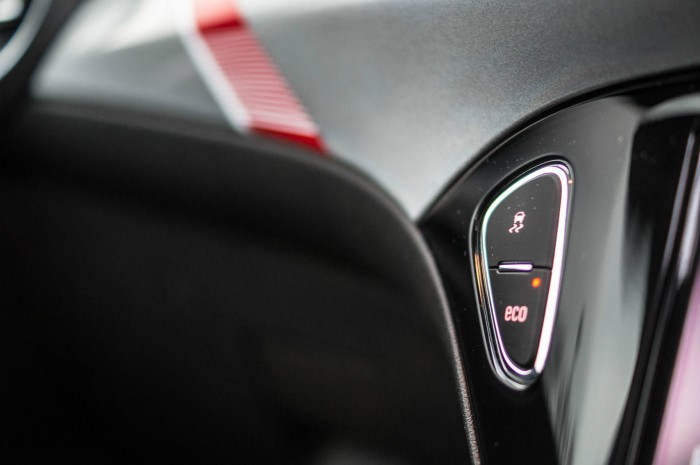 With everything switched off you can push it into understeer by being a lunatic, but under normal circumstances the grip those front tyres give is incredible. It almost feels as though there is a limited slip diff up front. 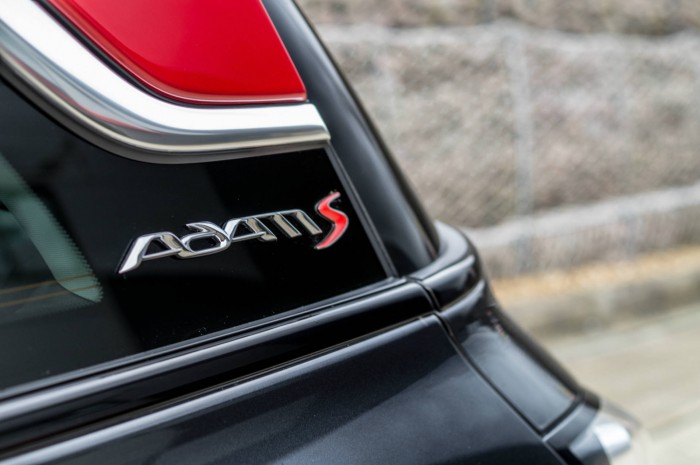 Comparing it to its main rival the Abarth 500 the ADAM S is head and shoulders above. Due to its squatter nature it feels so much more planted, more confidence inspiring through high speed corners, more composed over bumpy B roads. It’s just better. 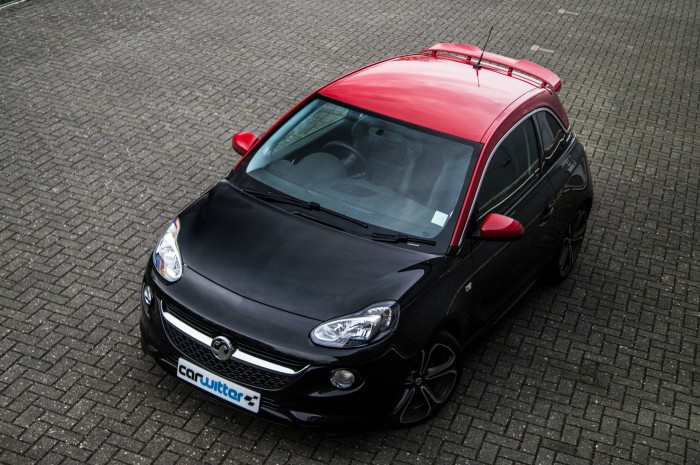 At nearly £19,000 the price is the only thing that really kills it.

Let’s throw into the mix something more old school, but also up there regarding the tons of fun factor – Suzuki Swift Sport £13,999. 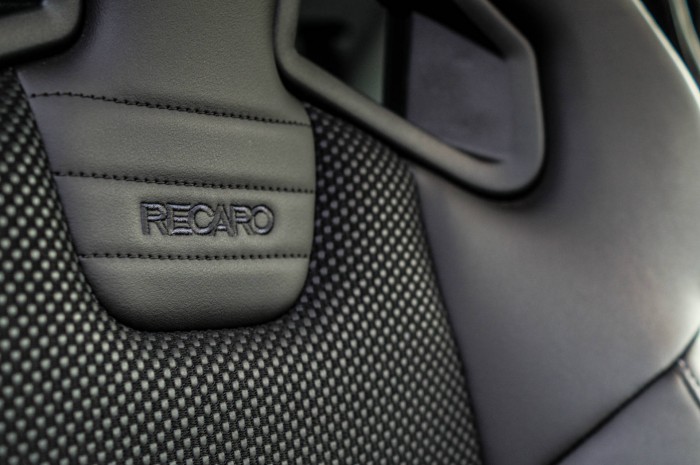 Suddenly the £19k city car is looking ridiculously priced. Ideally it should sit at the £17k mark, with the seats and nav.

Due to such a high price tag and niche market Vauxhall are only aiming to sell 750 a year, so they will be a rare breed, but ultimately overpriced. 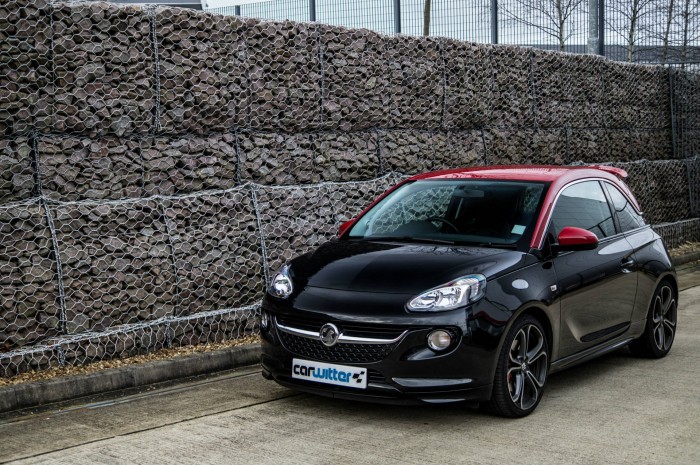 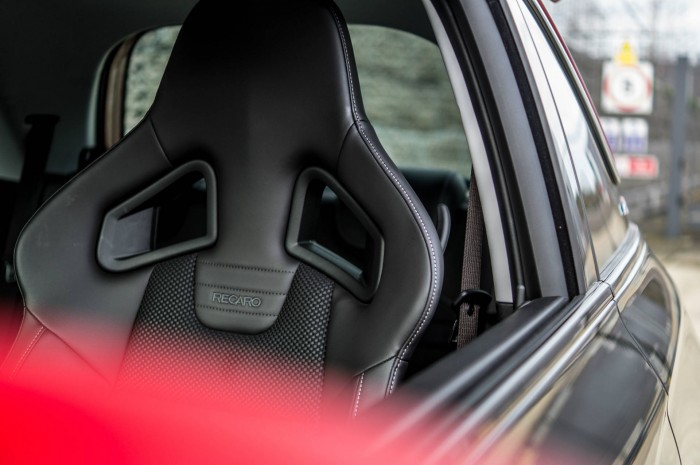 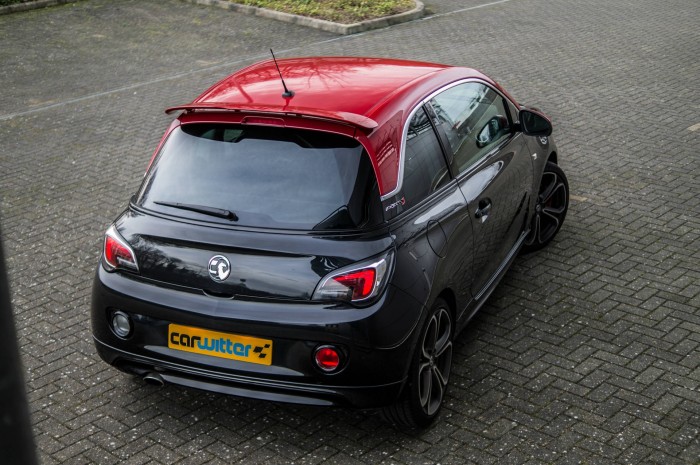