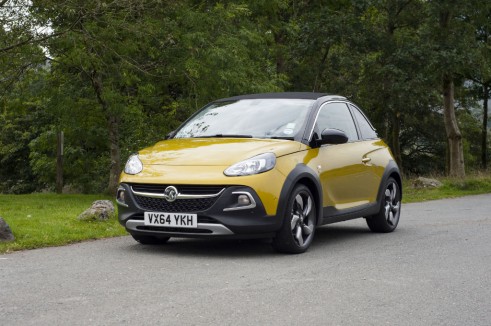 We at Carwitter have never been particularly fond of the base Vauxhall Adam, it’s looks aren’t to our taste, the engine is sluggish and it’s a tad overpriced.

But now the range has been extended to include this, the catchily titled Adam ROCKS Air. Rocks because it has plastic bumpers and is 15mm higher, Air because of the folding roof. 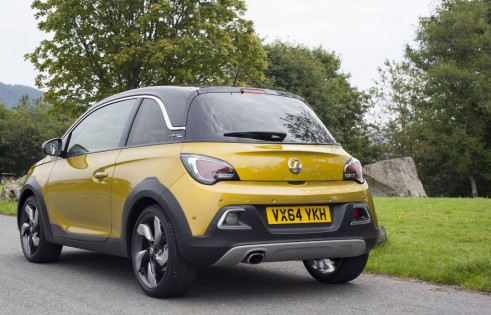 From the outside the changes are immediate, those big plastic bumpers house new, c-shaped elements which wrap around the fog lights. Below a stronger bumper with more silver inserts arrives.

At the back the debatable round reversing lights are gone, replaced by more c-shapes that house smaller, less obtrusive lamps, all within another plastic bumper.

Normally cladding a small car in rubber just makes it look a little silly (remember the Rover Streetwise?) however in this case the addition has forced the removal of some of the Adam’s more questionable features.

It doesn’t exactly sit boldly astride the road as lord of all it surveys, but it is now more purposeful, more cohesive. 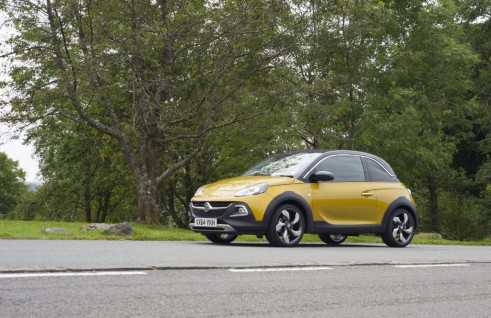 Vauxhall claim to have invented a brand new segment with the Air, they call it a CUV (compact utility vehicle), but we’ll leave you to make your mind up on that.

The star of this car is undoubtedly the brand new 1.0 litre ECOTEC engine, which makes it’s debut in the ROCKS Air and will slot into the new Corsa.

Vauxhall have extracted 115 bhp with smart use of direct injection and a turbocharger, which also means an impressive 123 lb ft of torque – which – perhaps more impressively – is fully available from just 1,800 rpm.

That means no lag and gallons of low-down grunt, the Adam ROCKS motors away as soon as you ask it, and you can feel that power immediately, no matter what gear.

It gets a little breathless at the top of the rev range, but this little motor was meant to be driven across the rev band not at its upper echelons. 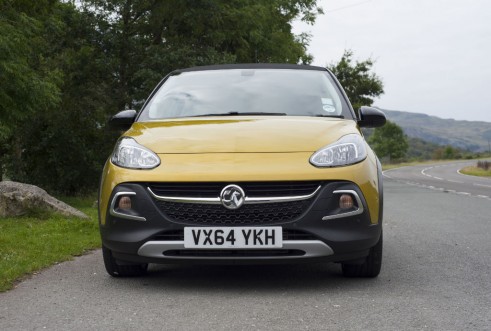 During our drive through the roads of Snowdonia the Adam never complained at the sight of a steep incline, and seemed to practically relish being asked to accelerate in fifth.

The boffins at Opel have also worked on the refinement of the smaller engine, new covers mean very little engine noise obtrudes into the cabin, and what does enter is a low thrum that’s not unpleasant. 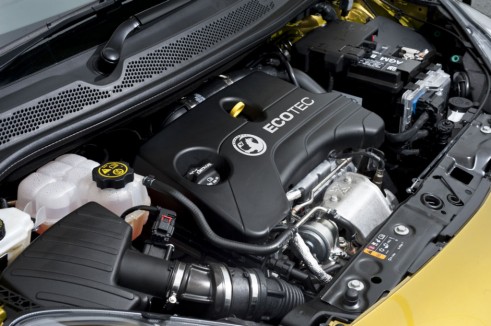 The sluggish 1.2 and 1.4 both remain in the range, but if you are going to buy the Air we say you shouldn’t even contemplate not getting the 1.0 ECOTECH.

That engine deserves an engaging ride, but the Adam ROCKS Air fails to live up to the little gem out front.

The steering is numb and disconnected, the electric interference between you and the road is quite noticeable. It’s also quite twitchy just off center, which could mean long motorway journeys become a tiresome slog of constant adjustments.

While reasonably easy over the bumps at lower speed the Adam starts to jar as you head past 60 and tire roar from the 18-inch alloys fitted to our  example also ratcheted up noticeably.

However any worries that the extra 15mm in ride height may mean it heaving around in the corners were dismissed. Vauxhall have reworked the suspension for the ROCKS and there’s little noticeable roll. 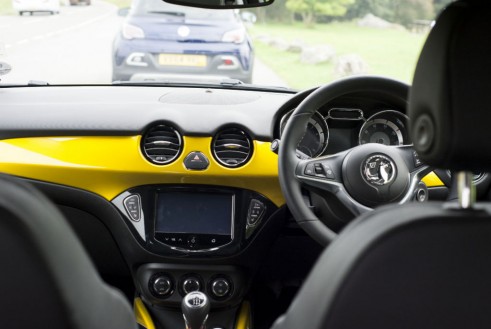 Inside it’s Adam as you knew it before, the console centres on a big touchscreen, sat above the climate control switches.

All this is swathed with the plastic of your choice, the much vaunted “million different combinations” now has a few more with arrival of the ROCKS and we imagine more will arrive with the Adam S.

It’s all well finished and generally a nice place to be, although the touchscreen and heater controls are positioned so far down it’s really difficult to change settings without completely taking your eyes off the road. 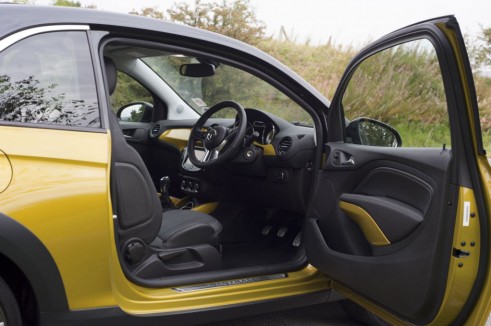 The folding roof is nice enough, and when closed wind noise is kept to a minimum even at 70, however it doesn’t go back as far as some of its competitors, and really feels like it’s just a big sunroof.

Our version came with the optional parking assist, leather, start/stop and IntelliLink – a system that pairs with an app on your phone to run such things as sat nav.

For those over six foot like myself it’s a bit cramped, but so is everything this size, and rear leg room is still at a premium for an adult.

At the back it is let down a bit by a diminutive 170 litre boot, just about enough for two backpacks, that has a very high lip, meaning loading luggage becomes a bit awkward. 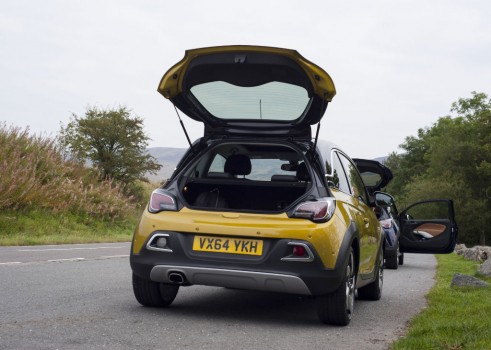 So what do we think? Well the Adam still has its problems, however the addition of the 1.0 and the changes in styling elevate it from a little lackluster to something quite nice.

If you can put up with the average ride and the cramped interior then the range of customisation available, and that brilliant motor make it a decent choice.

Unfortunately at £16,695 it is still rather expensive. Spec it up a little bit and you are pushing up into territory occupied by the A1 and the Mini, and we know what we would rather have.

We would also wait for the Adam ROCKS variant without the roof, as with it’s size slicing the hole in the roof doesn’t equal wind in your hair motoring.

But overall the ROCKS is a good little car, it will turn heads and for the fashion conscious it will be a worthy competitor for the DS3 and Fiat 500. 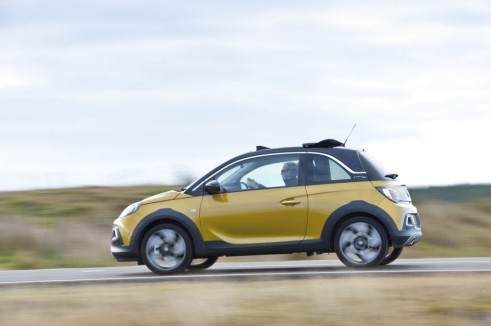 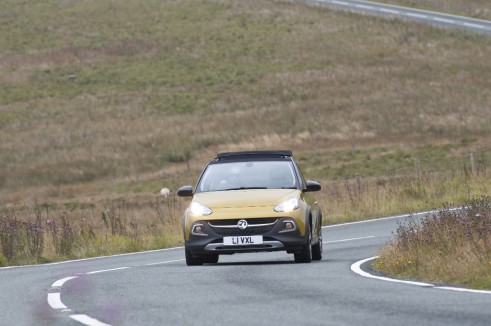