If you’re in the market for a frugal, economic hatchback then a hybrid would be the right thing to buy right? Well that’s what Toyota would have you believe, queue the Yaris Hybrid.

We have always been intrigued to see if it can really live up to the stereotype most people have regarding hybrid tech, it was time to put one to the test.

Our little ladybug style ‘Bi red/black’ Yaris came in Design trim level, with only two optional extras – the two tone Vermillion Red paint at £795 and Toyota Touch2 with Go costing £650 our little eco warrior came in at a rather pricey £18,840. 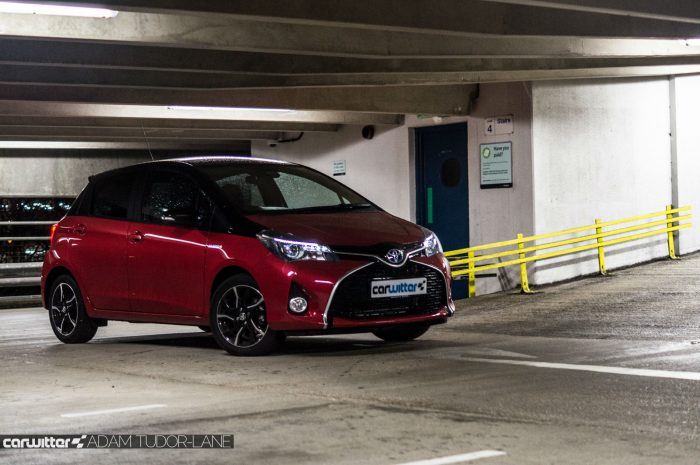 This third coming of the Yaris has received a few minor tweaks and nips here and there since its debut in 2011.

The now divisive X Face has jumped from its little brother the Aygo. It’s new looks have kept it fresh and up to date, the dark 16” alloys and tinted windows move it firmly to the IN crowd. 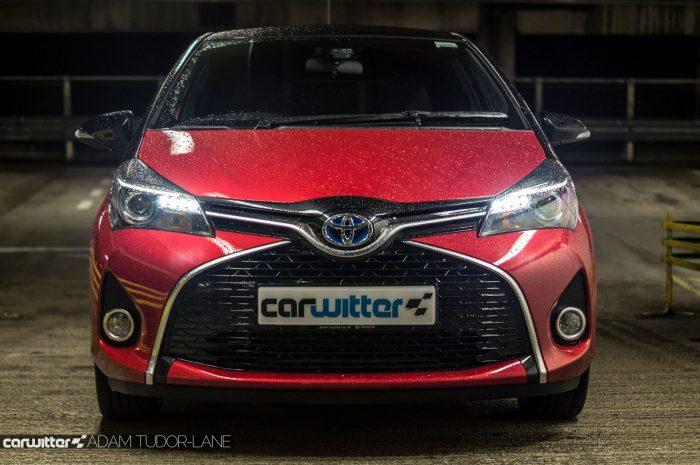 With a total output of 73 BHP and 111 Nm of torque the 0-62 time is a rather sedate 11.8 seconds. It has enough grunt for day to day life, and when on the motorway it hums along nicely.

Below 40 MPH you can run in pure electric mode – as long as you have a ballerina’s touch on the pedals. If you push just a little bit too hard the petrol engine fires back into life. The Yaris also doesn’t drive very far on battery power alone either, rarely did we get more than a few minutes in silent bliss. 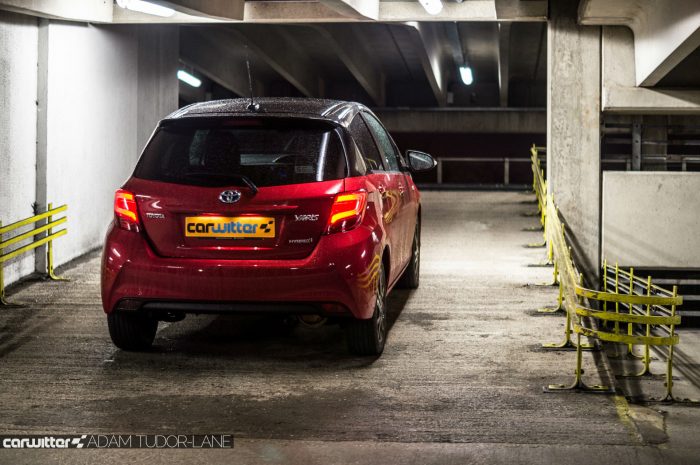 Many people hate the CVT gearbox in this country, but in this application it was seamless. Coupling both the electric motor and the 1.5 litre VVT engine it was buttery smooth, and unusually silent for its type. It seemed to keep the revs as low as possible most of the time, the only exception to this was in traffic with the air con on, then the revs shot up as if we had a geriatric right foot.

Steering feel is nicely weighted, it feels like a bigger car than it is but can be accurately placed darting in and out of traffic. It also lightens up no end when manoeuvring at low speed.

Our biggest bugbear though was the stereotype we held (along with most) that all hybrids are congestion charge exempt. Whilst we had the Toyota a trip to London was planned, however this Yaris Hybrid had 16” alloys, meaning it produces 82g/km of CO2. To be congestion charge free you have to emit 75g/km or less. Annoying. 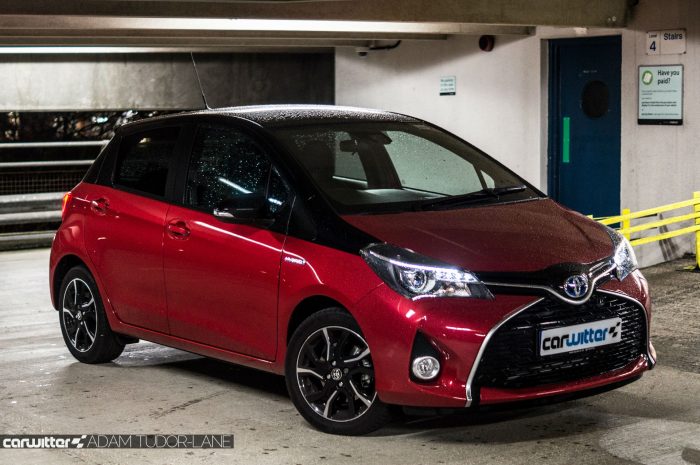 Inside the Yaris is smart enough, all the switchgear is tactile and feels as if it would last a lifetime – as you would expect. The infotainment system was easy to navigate and the swiping function was a handy addition. 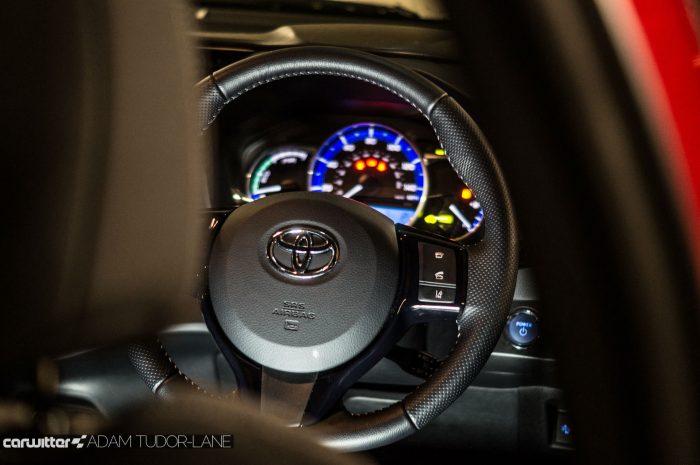 The only real gripe was the strange positioning of the seat belt and airbag lights; they are directly to the left of the steering wheel. It pushes the touch screen away from the driver and is just plain odd, why not put them lower down by the gearstick or above by the interior light? It’s not even because it’s a right/left hand drive switch over, the left hand drive cars still have it in the same place just reversed. 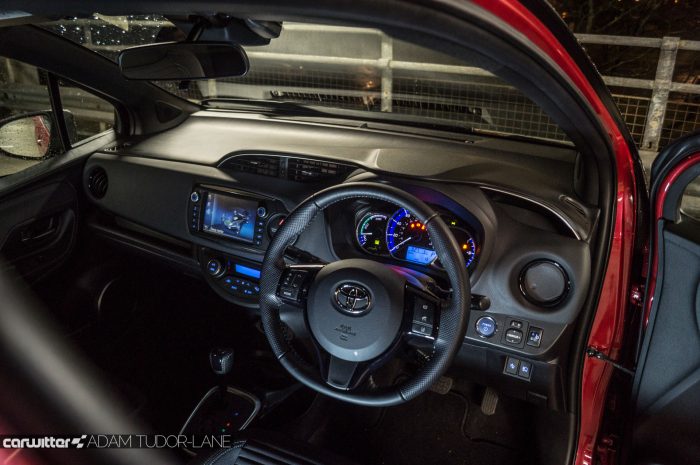 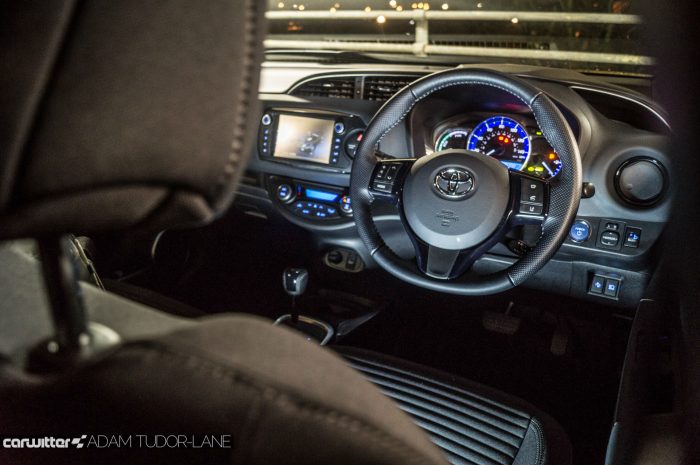 Rear seat headroom was very good, the hybrid system taking up no extra cabin space at all.

Boot space is a decent 286 litres, but there is quite a deep lip to it. The rear seats also don’t fold fully flat which could hinder loading larger objects. 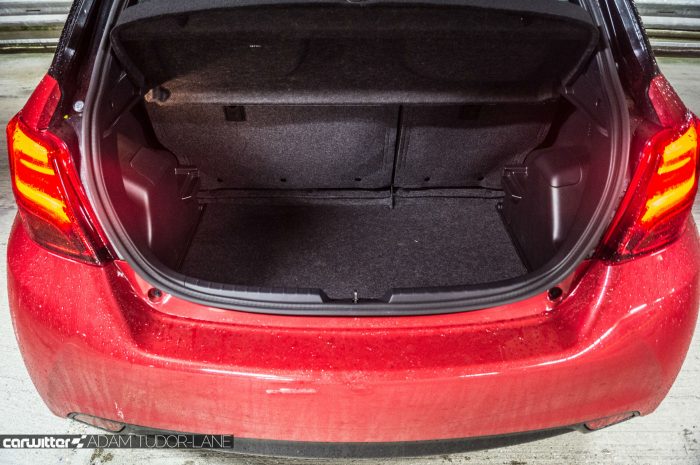 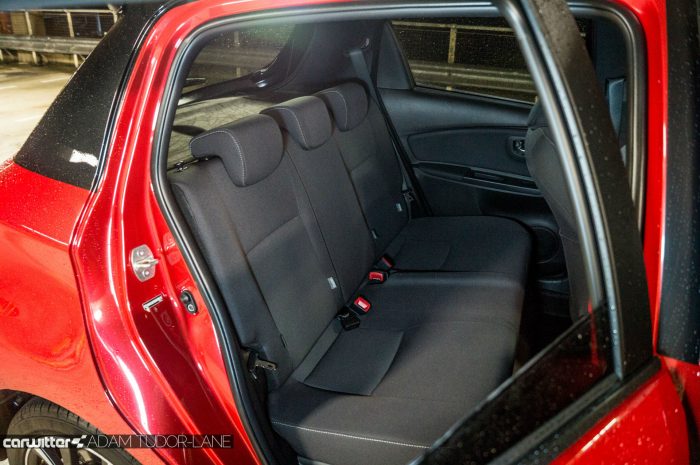 As loveable as the Yaris was for us it seems a hard sell. For around £100 more you could opt for our MPG family favourite the Civic S with its 1.6 i-DTEC engine, yes it’s a bigger car but still only emitting 94g/km of CO2 it’s pretty damn environmentally friendly and it manages 60.9 MPG. 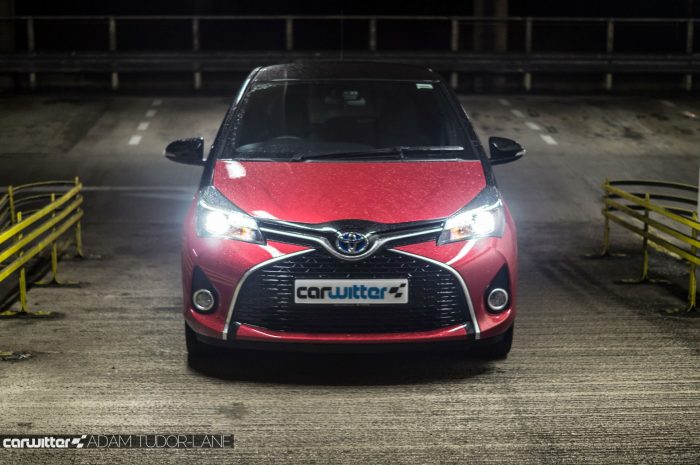 Buying a hybrid makes you think you are saving the world, but there are other options. 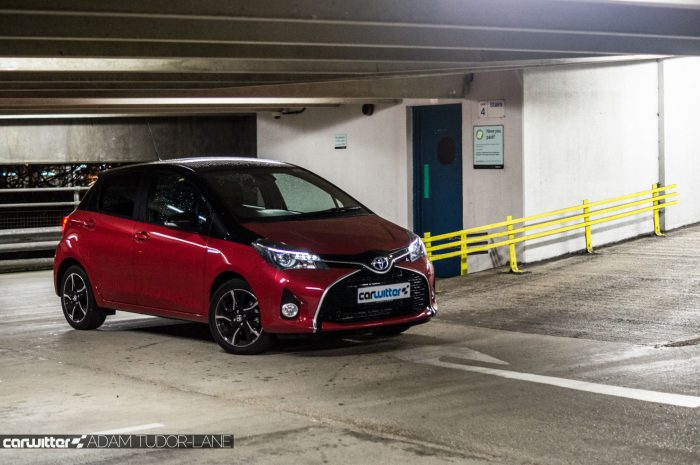 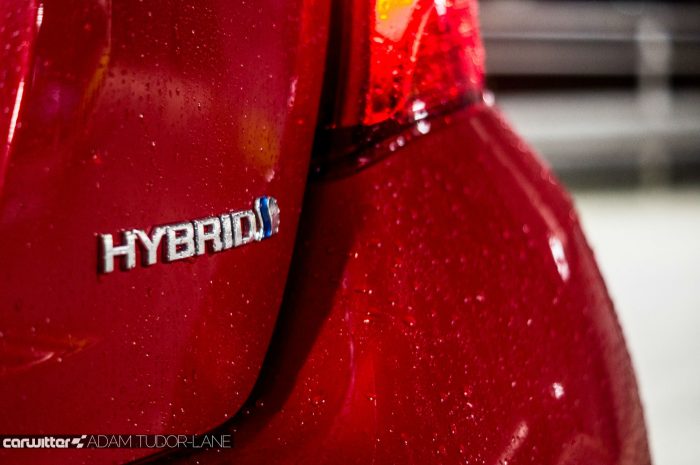 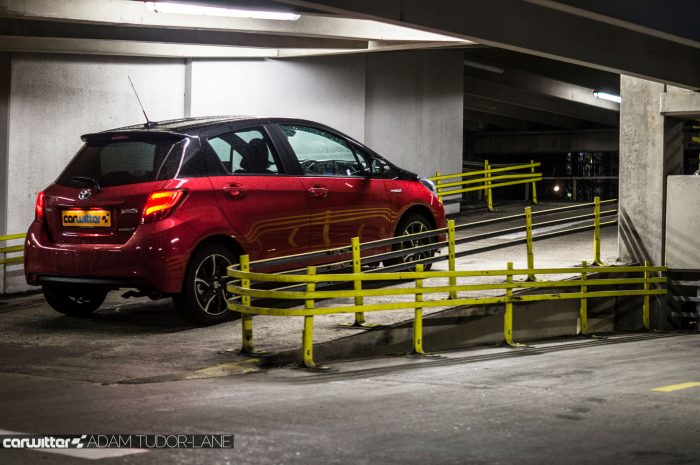