Toyota are a little late to the crossover phenomenon, but maybe that isn’t such a bad thing, as their latest slogan says ‘Always a better way’ .

Starting at £20,995 this Qashqai rivalling Toyota comes with a turbo’d 1.2 petrol engine making 115 HP. You can only have the C-HR in petrol form, but the 1.8 litre hybrid offering starts at £23,595 with a CVT (planetary) gearbox. 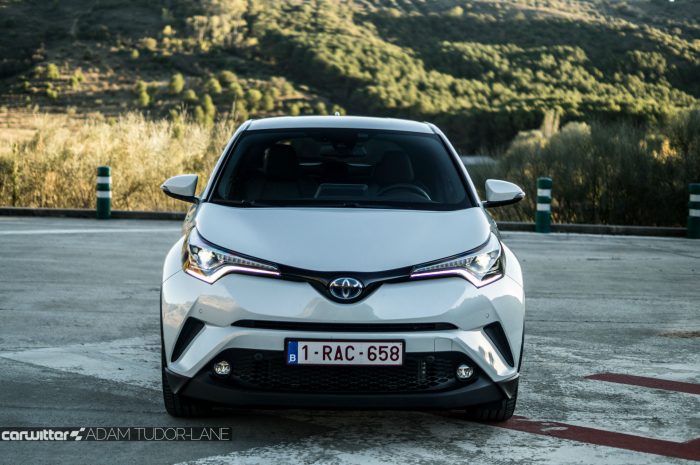 Toyota certainly have the exterior well sorted, the C-HR is nearly a carbon copy of the concept that was first seen at the Paris motor show back in 2014.

Its angular looks have an almost diamond shape to them, the whole car is bold, fresh and modern.

Toyota must have pinched a couple of their premium brand designers for this effort, in fact the whole range is seeing an edgy refresh which is most welcome among the hordes of generic vehicles on our roads. 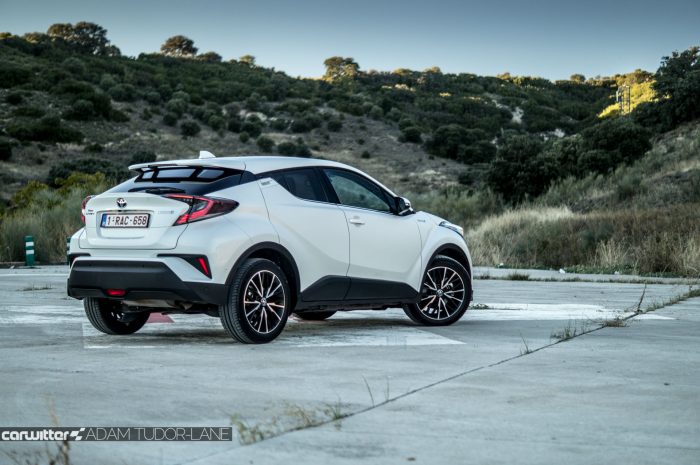 Toyota offer the C-HR with a 1.8 litre petrol hybrid configuration, you’d think this would be a bit of a powerhouse…but it only makes 122 HP giving it a 0-62 of 11 seconds.

Not particularly breathtaking, but the hybrid part of the system does make it feel nippier than the normal 1.2 turbo, it also keeps the CO2’s down to 86 g/km.

Driving the two back to back the hybrid has the edge…but only just. At times the 1.2 lump can feel pretty breathless and lacklustre.

Hit a slight incline and the revs start to drop, if you need to make an overtake you have to drop down at least two gears, and even then the pace doesn’t exactly pick up as you would want it too. 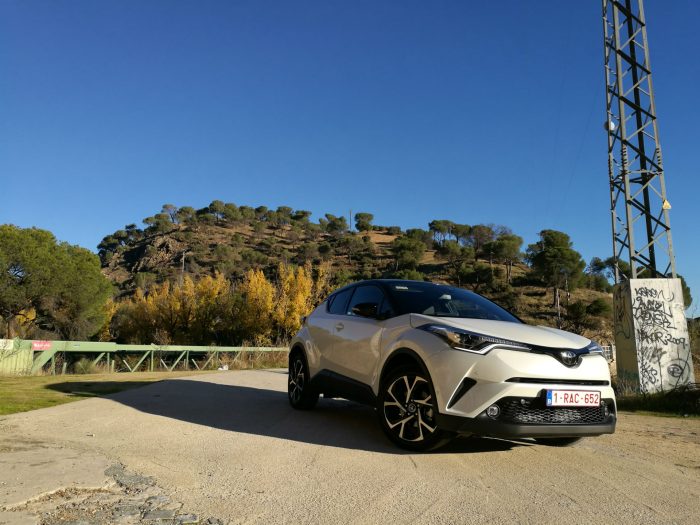 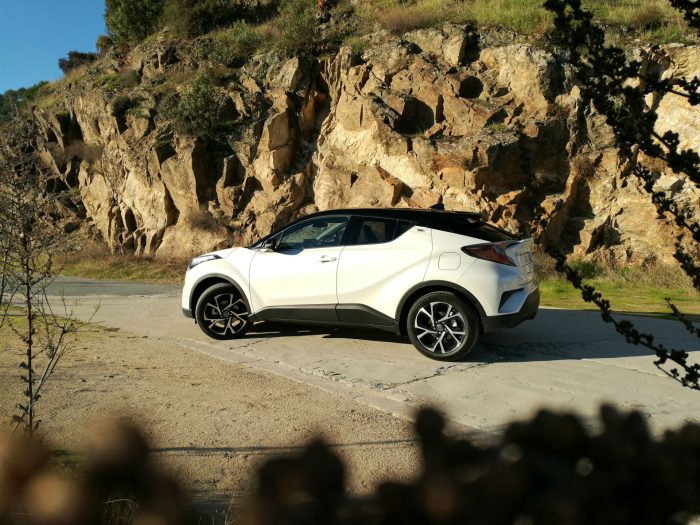 I know Toyota are all about being green and pushing hybrid tech, but the C-HR deserves better. It’s stunning both inside and out, but has the wrong guts up front.

The worst part of it is, the chassis and handling are pretty well sorted for a crossover. Steering feel is accurate and darty in nature, body roll is kept to a minimum and it rides very well over a mixture of conditions.

The old adage will be when it comes to the UK though, having driven for two days on pristine Spanish roads it’s yet to show its true colours over a lorry battered section of A road.

It’s definitely an on-road crossover, with a ride height lower than its competitors, the C-HR has a better placed centre of gravity. The engine has been tilted back slightly to give the bonnet a lower angle too, yet the whole car is built on the same architecture that underpins the Prius. 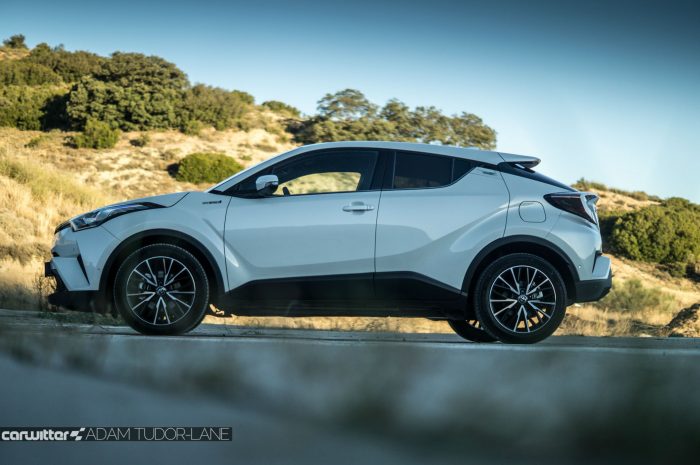 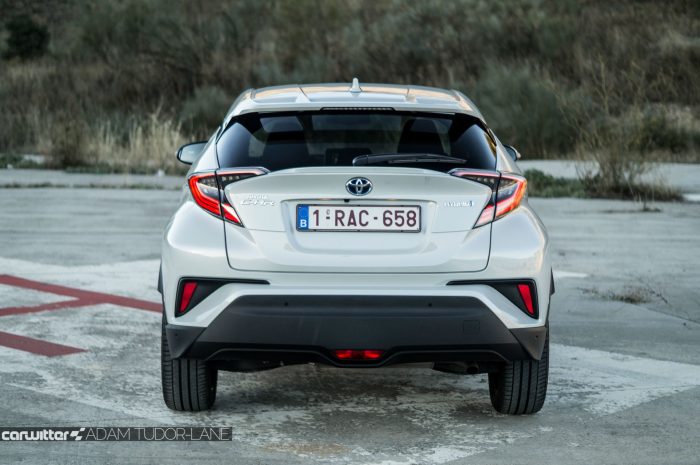 Thankfully the interior matches the exterior in terms of modernity. A smart blue line wraps its way around the dash and onto the doors in the 1.2 turbo. The hybrid gets a less attractive silver and brown garnish. Gloss plastic splashes are found throughout, and the cars’ diamond theme is continued on the headlining, door cards, buttons, you name it. Even the parcel shelf ledge is created using diamond shapes.

Switch gear is kept to a minimum across the dash, with just the bare essential buttons to be found on the centre console, and the switches are a million miles better than what can be found in the current Yaris. Gone are the blocky, 90’s push buttons that have let Toyota down in the past. 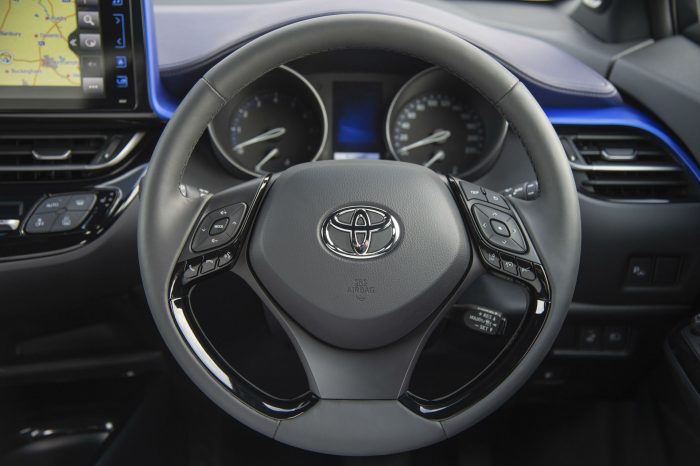 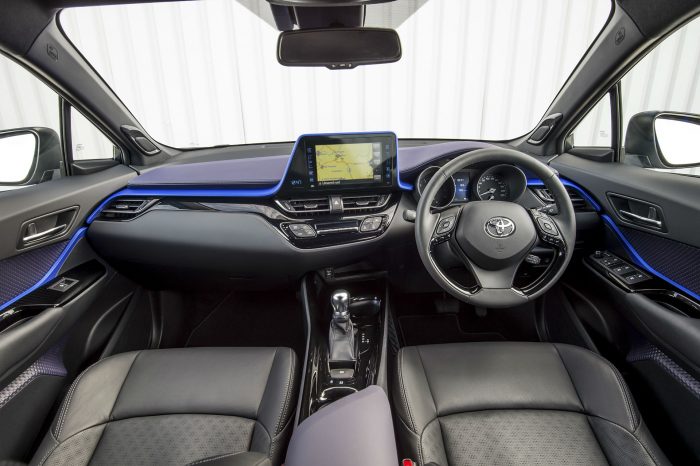 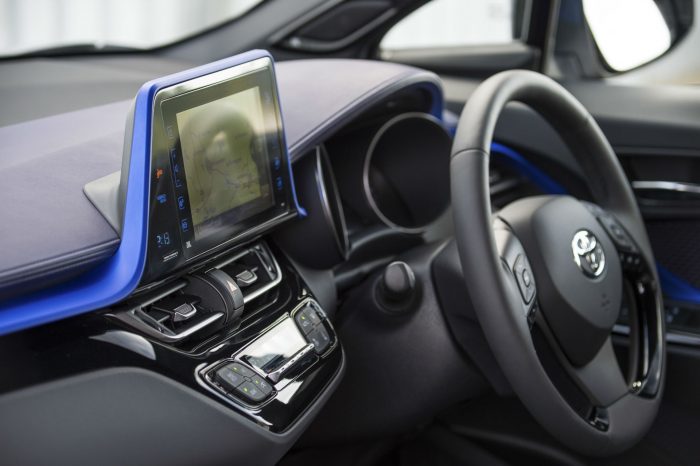 Our only real nag was the sat nav, it sticks out just a bit too much from the top of the dash. Looking like an afterthought, it would have been nicer set into the dashboard, it doesn’t flow as well with the rest of the car.

Rear seat headroom is decent thanks to the low seating position, the all black roof can be a little oppressive for the rear occupants, a panoramic roof would have been a good shout. Boot space comes in at 377 litres. Which is 53 less than a Qashqai and nearly a whole 100 litres less than a Kadjar.
Comparing it to other vehicles the C-HR has about the same size boot as a Golf. 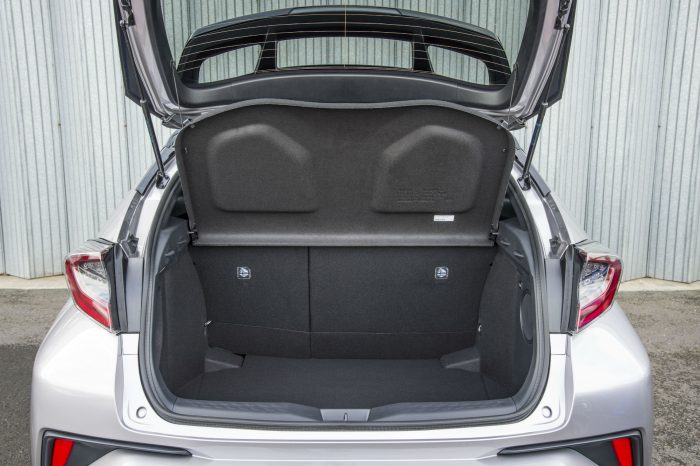 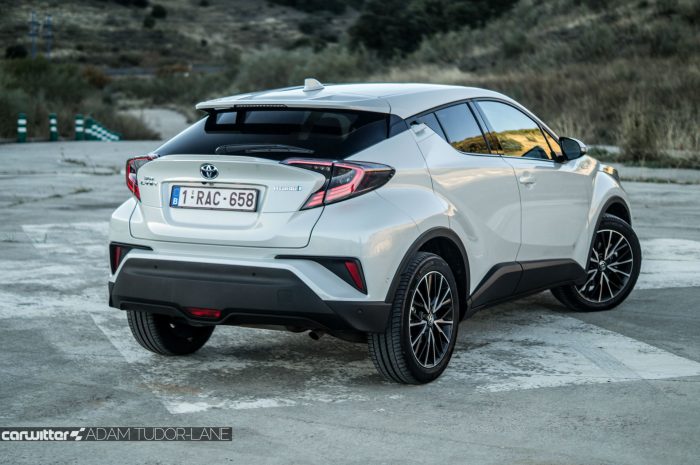 I love the Toyota C-HR, with a capital L. More manufacturers should have the balls to put such radical designs into production, it will totally appeal to a younger, yet untapped market.

But the lack of a decent engine with enough punch is ultimately a turn off.

The hybrid has slightly more go to it than the 1.2 turbo, but they both feel a bit impotent at times. This isn’t a hot hatch, nor a fast crossover like the NISMO Juke, but with those looks I can’t help but think it needs a beefier engine choice to complete the package. 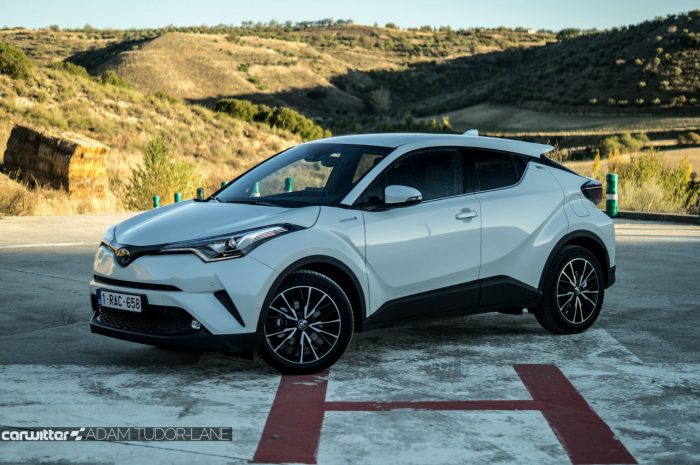 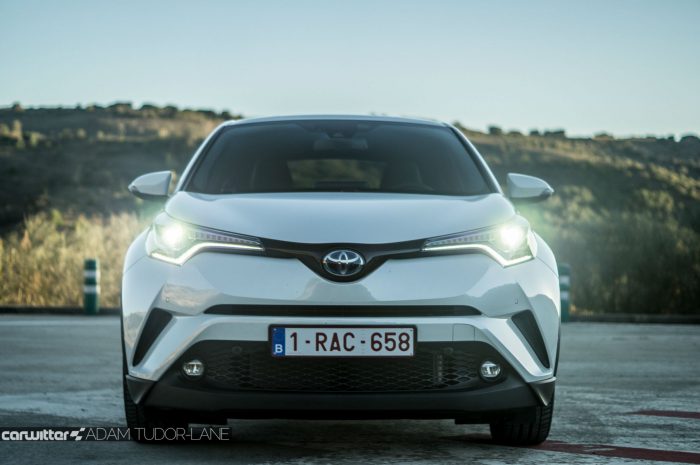 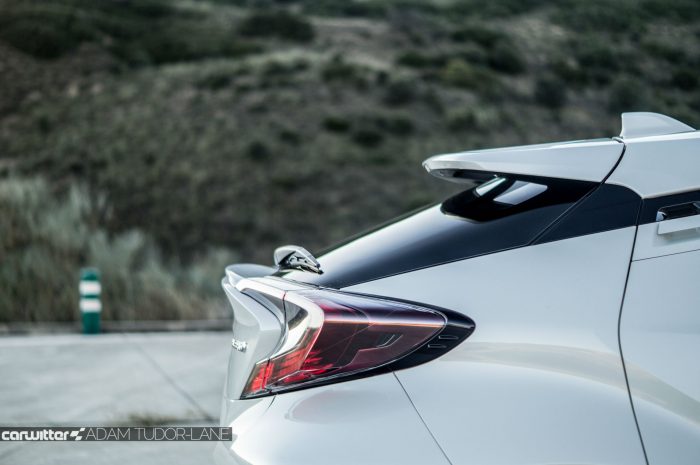 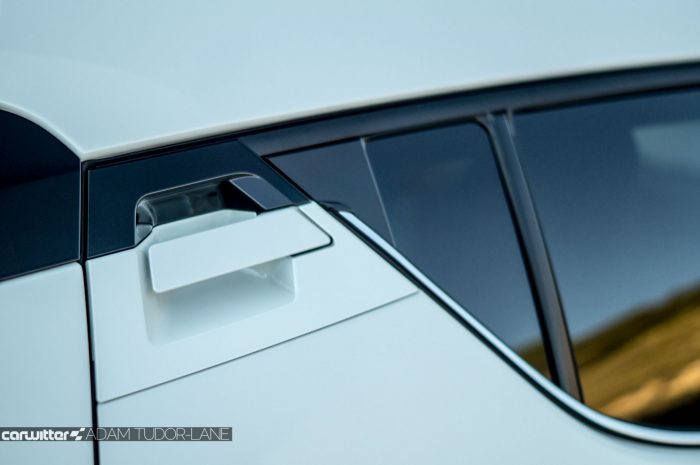 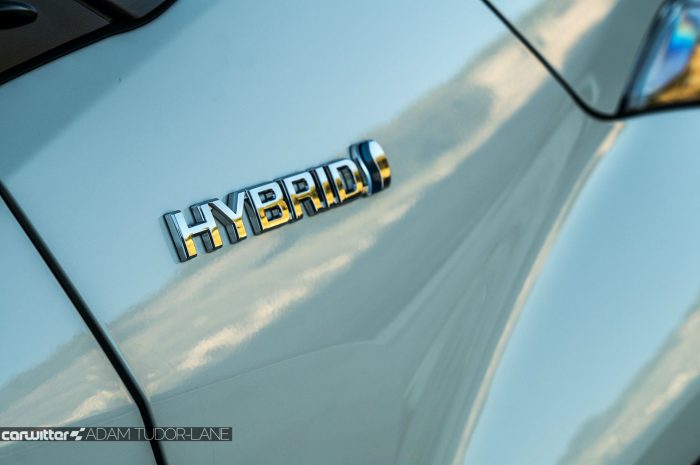 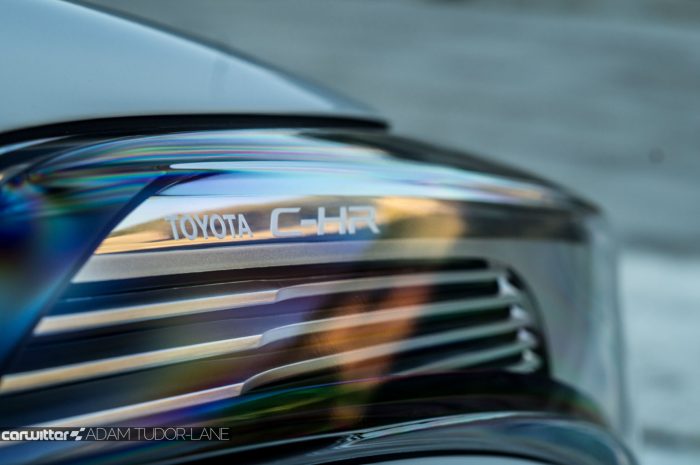 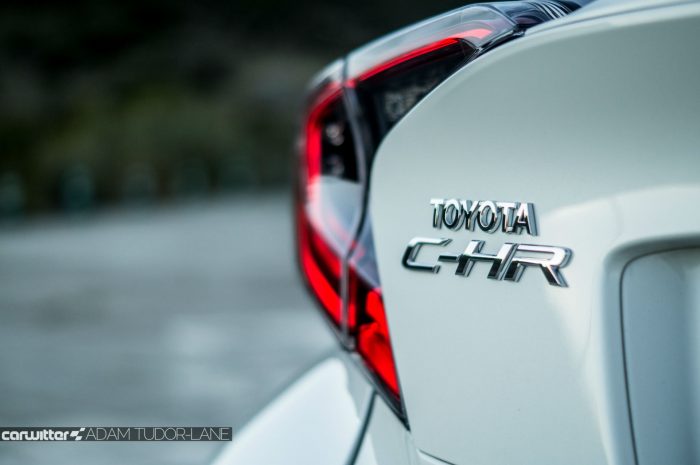 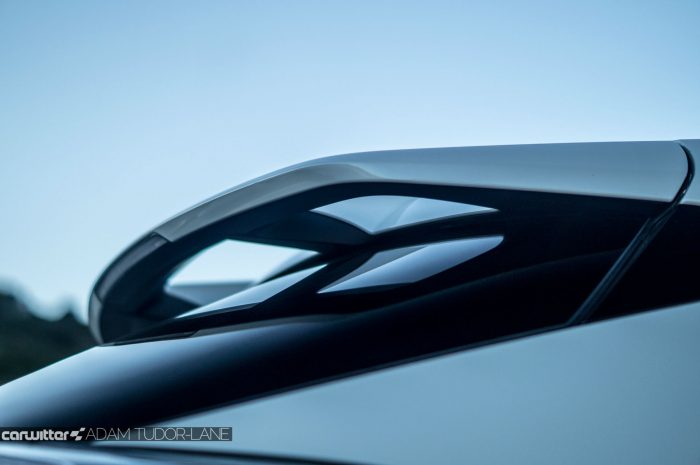 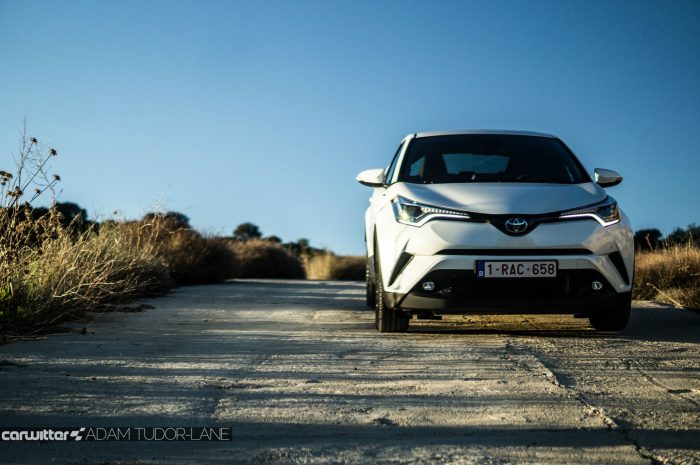