We’ve all seen the spy shots and read the speculation. It’s been in circulation for nigh on two years now, with the car slowly undressing itself of camouflage at six month intervals. But I think its safe to say that the release of a concept, along with near naked prototypes is conclusive evidence that BMW M’s most iconic line of sports cars is about to receive its next iteration.

However to refer to these cars as “M3’s” would not be strictly accurate, as any BMW coupé or convertible now carries a badge astride their saloon counterpart.
A 2014 M3 will be a four door car. Whereas for a sleeker design, two doors or wind in your hair you will be outlaying around £60,000 for an M4.

The rebranding is a matter of loathing or indifference. I for one would find myself ordering the four door car, not just for the practicality gains but for the badge that has adorned the bloodline for nearly 30 years. My stubbornness is ridiculed in my inner circles but in this industry badges like “M3” give meaning and are representative of a following. This new direction is like the next Hobbit film being renamed “The midget”.

Whats in a name?

It is the dynamics that we are eager to investigate. BMW are wizards at brewing up swiss army knife performance cars with differing measures of various ingredients with each iteration of the model. The E92 was a quantum leap from its lighter, harder E46 predecessor. The greatest departures were refinement, more accomplished, distinguished looks and a cylinder count upped to 8 in a V formation – displacing 4 litres. It was a more grown up proposition, with a comfortable tourer aspect added to its skill set whilst retaining a high revving and light feeling powerplant.

So into F, where is the bloodline headed?

The familiarity of the the F gen’ 3 and 4 series visuals doesn’t appear to be indicative of mechanical similarity between their upcoming M counterparts and the E92 M3 of 07. They may take up similar space on the road, but a return to a more traditional inline 6 setup with added turbo puff means the new power plant is to be lighter, sharper and more punchy as well as cleaner and more efficient than its predecessor. One reservation about that would be concerning throttle response, and the linear rev happy delivery of power that has been a staple ingredient to the M3 formulae. I suspect though, those who have piloted a 1M with some conviction won’t share the same nerves. 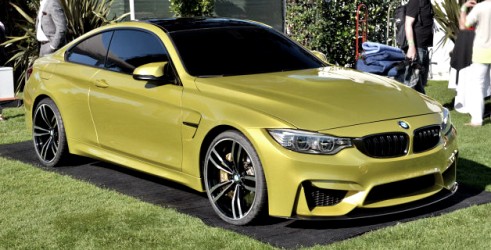 Finally, as of Pebble beach, we know how good the M4 concept looks. It looks REALLY good. It looks every bit the sports car that we wanted this generation to be.
There’s a mixture of the softer silhouetted E92, but with a touch of the classy, edginess of the E46. The devil is in the detail, but in short 2014 C segment M cars will be as modern and handsome as their predecessors were for their time.

This line of BMW M cars always had a level of completeness, poise and finesse that rivals; whether more powerful or grippier could only hope to replicate. I expect nothing less of this generation. It is sure to be one of the finest, most accomplished sports cars of the coming few years. 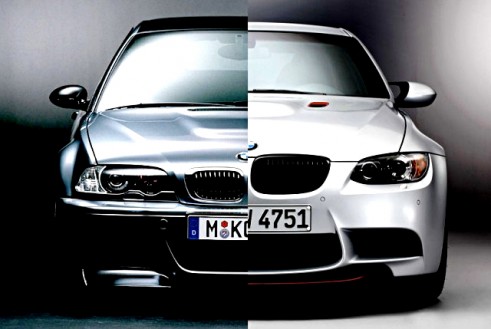