Suzuki released the Vitara S toward the end of last year. But we only really had some track time with it…which was impressive to watch a Vitara barrel around a race track, but it didn’t really give us a real world feel for it.

So we asked for one for a week.

Our Vitara S was finished in Cool Pearl White Metallic, the only option at £430. Bringing the total to £21,329. That’s quite a step up from the entry level price of £14, 499. Especially seeing as you are paying for a smaller, 1.4 litre engine.

But this is where the extra cost comes into play. Performance. The Vitara S will hit 62 in 10.2 seconds, thanks to a turbo charged power plant. The 1.6 normally aspirated petrol will get there in a fractionally slower 11.5 seconds. 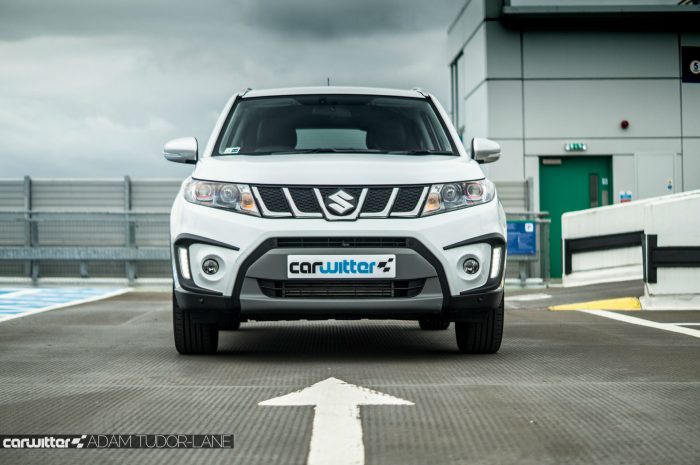 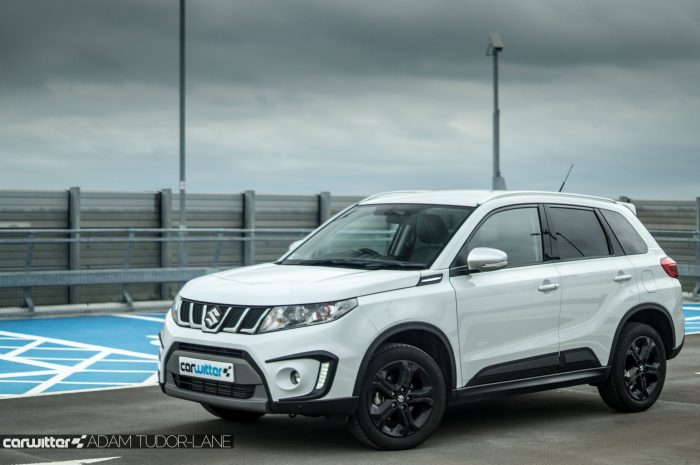 There’s no doubt that this Vitara has presence. The redesigned front grille and plastic styling additions let you know this is more at home than off road.

17” gloss black alloys give a more bad boy look, couple that with a spoiler, tinted rear windows, arch extensions and a satin finish on the silver details it’s a smart looker for sure. Sitting above the highest SZ5 trim you get all the goodies on the Vitara S. 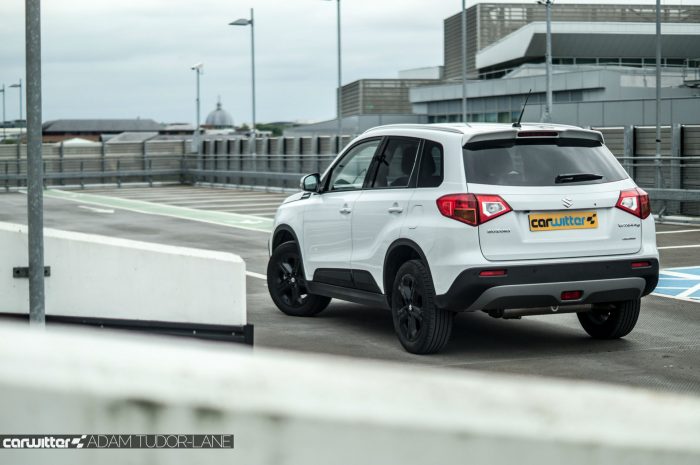 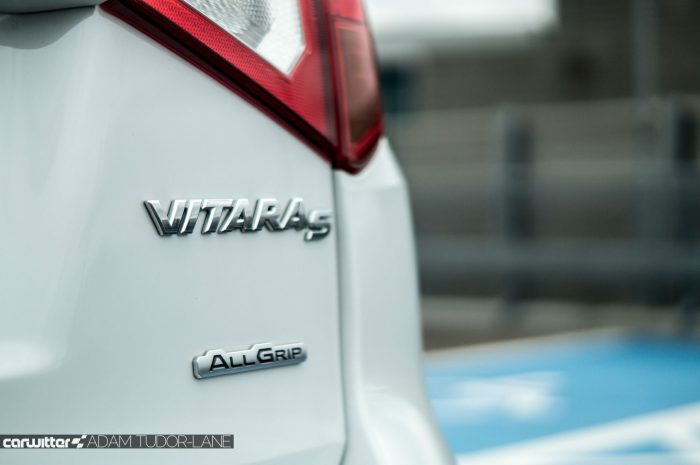 Although the performance differences may be slight – I mean in real world terms who is going to notice 1.3 seconds?! The thing that really does make the difference is the torque.

The 1.6 has 156 Nm, but the 1.4 BoosterJet has 220. Someone once said horsepower doesn’t win races, torque does, and they are correct. The acceleration feels so much peppier with the BoosterJet than it does in the normally aspirated 1.6. You can really nip around town at a pace, ducking and weaving in and out of traffic it handles much more like a warm hatch than a larger SUV.

Handling is very good, the stiffer suspension handles the body roll really well. Don’t get me wrong, it’s still there…but it feels so composed even at speed. 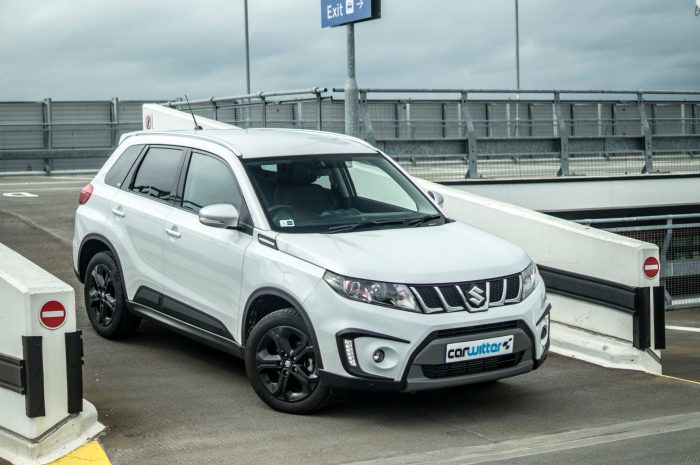 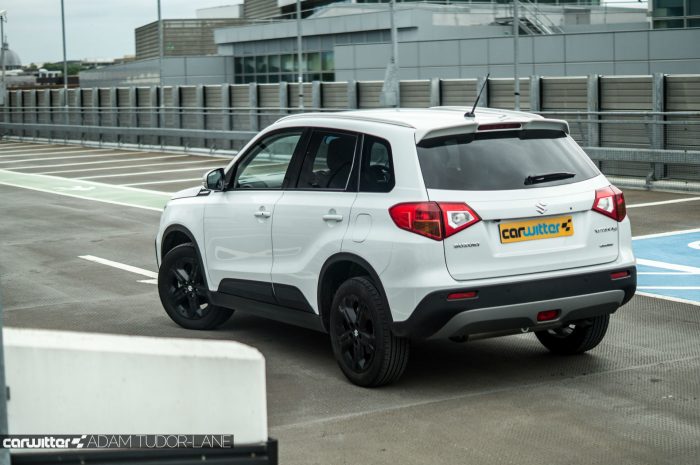 It feels as though Suzuki have taken the Swift Sport characteristics, and grafted them into a car twice the size.

Even the revs seem spritelier compared to the 1.6. It’s amazing how a different engine and some suspension tweaks can change a car.

Naturally the S is specced as standard with Suzuki’s ALLGRIP four wheel drive system, which adds weight but gives you the confidence to get the power down in wet conditions and gives you some mild off-roading abilities if needed. 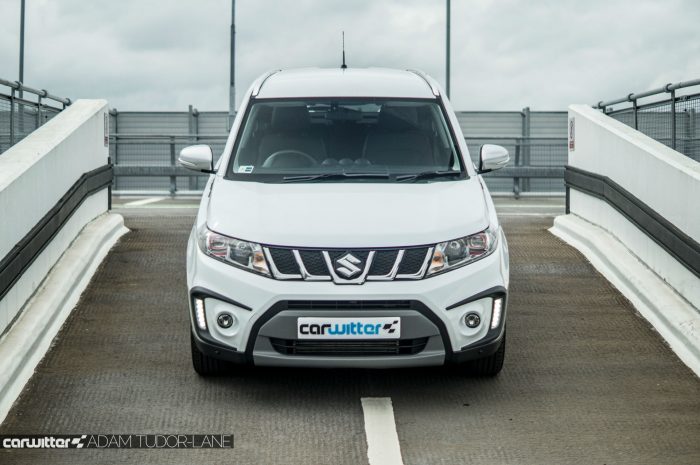 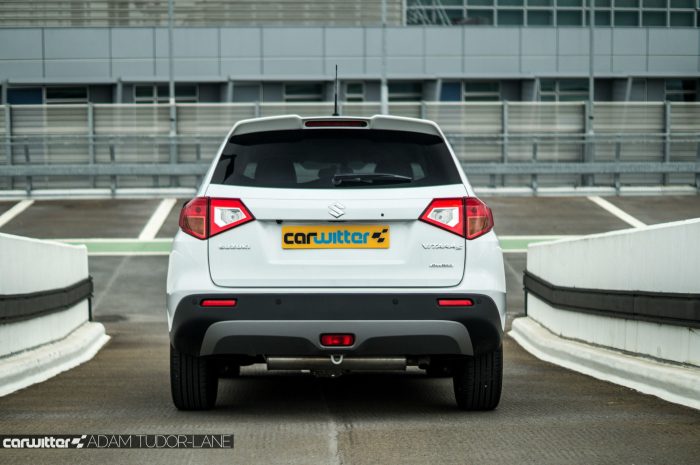 You also get some nice red accents on the air vents and clock surrounds which matches the red stitching on the part leather suede seats. Beneath your feet you get some sporty aluminium pedals and chrome door handles finish of the look. 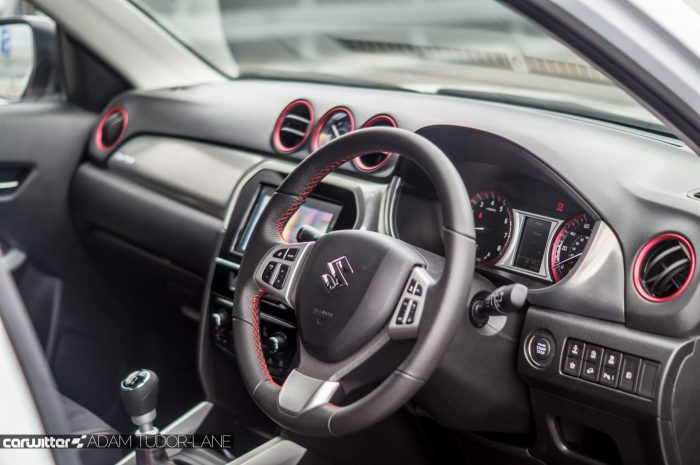 If you opt for an ALLGRIP SZ5 spec Vitara you’ll be paying £20,549. So the better accelerating, lower capacity engine will cost you an additional £1,000 near enough.

It’s worth it though. It enables you to overtake with ease, you don’t have to work the car so hard and it really does transform the Vitara into something different.

So if you’re in the market for a top spec Vitara SZ5 take a Vitara S for a spin, it will change your mind. 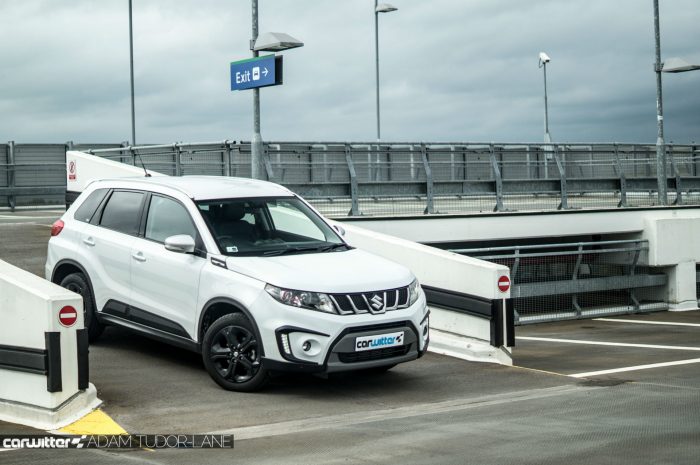 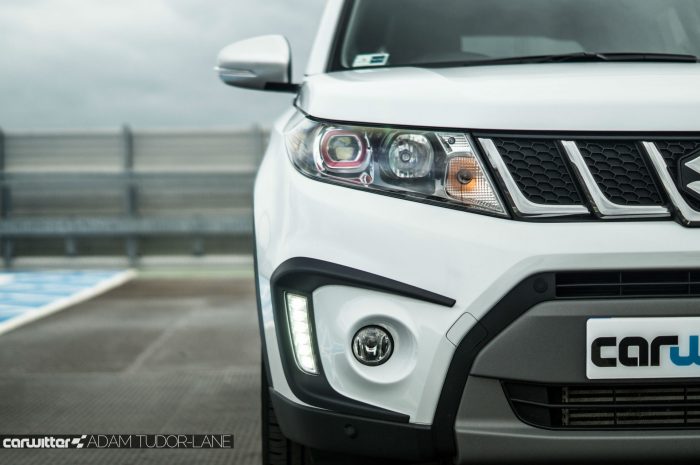 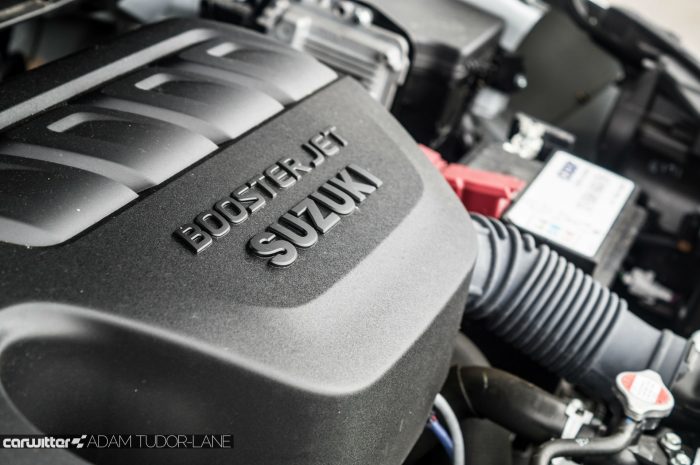 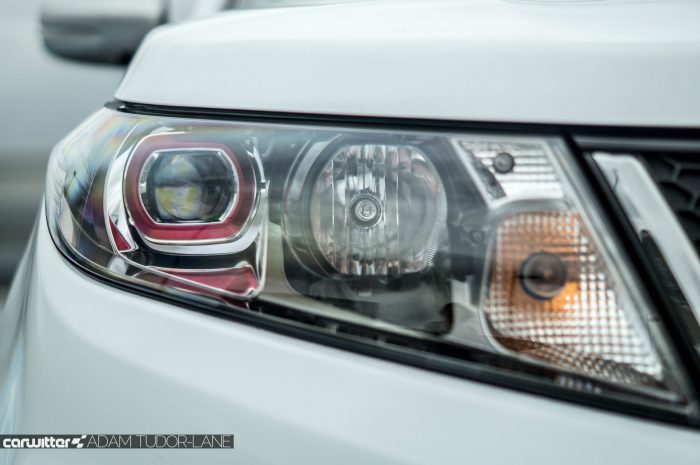