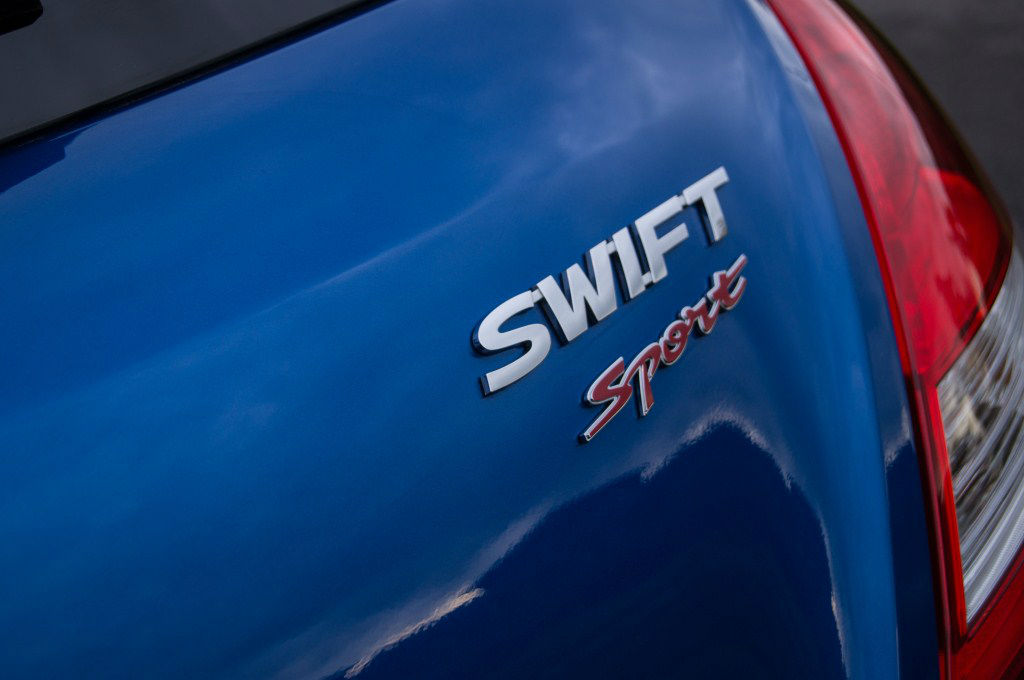 Ok it may not be a hot hatch in terms of BHP; the Swift Sport comes with 136hp so it’s more of a warm hatch. At £13,500, it’s a bargain for the money. One thing I love about the Swift Sport is the fact that there is only one trim level, no long list of never ending options, just one spec and that’s it. Much like the Model T – you can have it in any colour as long as it’s black! 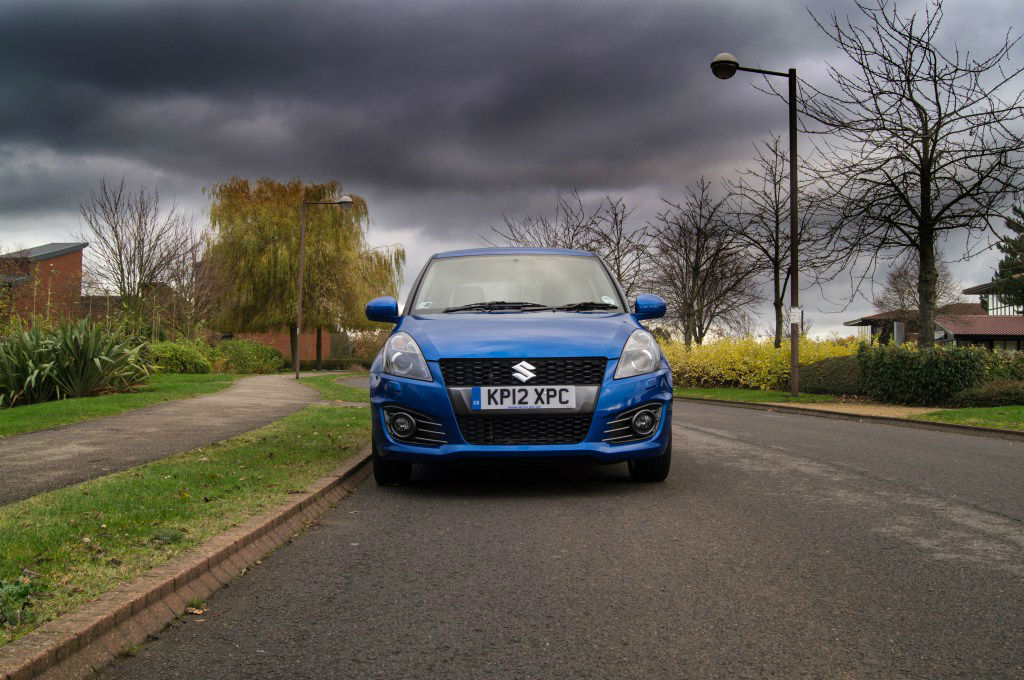 The Swift is a difficult car to look at, from some angles it looks squat and low, while from others it just looks tall and rather upright in its stance. All round I think it looks very smart and modern. From the front, you instantly notice the black headlights, along with anthracite trim that sets the Sport apart from other models. This second-generation Swift is much curvier than its predecessor, the way the rear lights mould into the boot line looks fantastic, it mimics the curves in the headlights and bonnet. At the rear, there is a deep roof spoiler and diffuser; with twin exhaust pipes, this adds to the cars sporty nature. 17” multi spoke alloys finish off the car nicely. 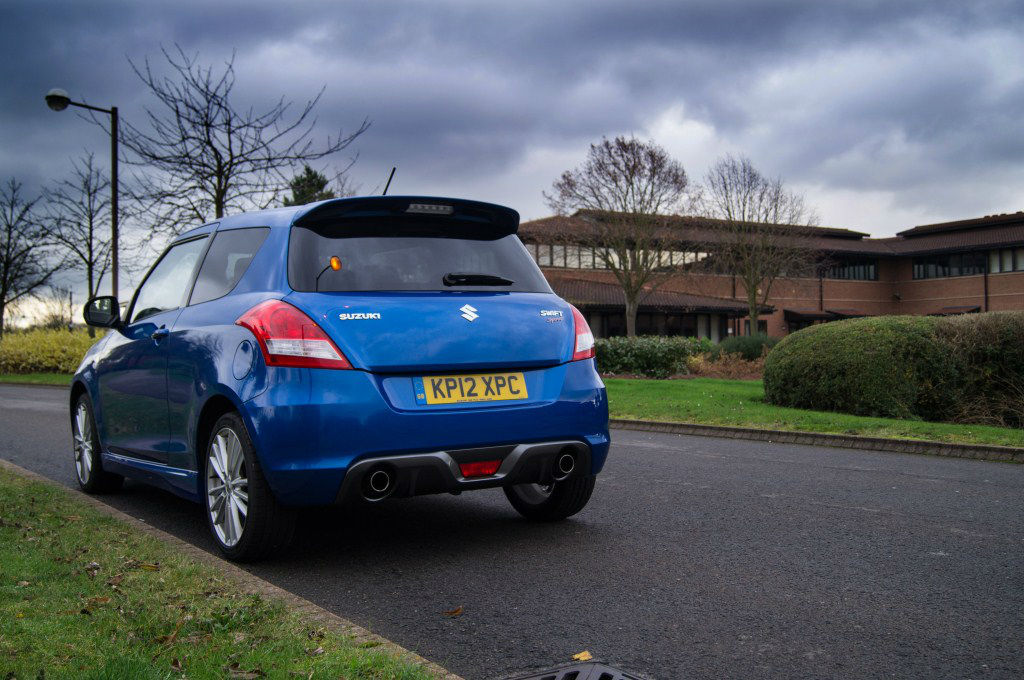 This is where the “Hot hatch perfection” comes in to play. With only 136hp a 0-60 time is a reasonable 8.7 seconds, however with the car only weighing 1,045kg it feels far faster! The VVT engine in this car is simply incredible, up until around 4000 revs the Swift seems a little slow and mundane….but once you let the revs past that magic 4000rpm you are greeted with a racy note and lots of acceleration! Even at 50mph, in third gear, you can put your foot to the floor and be pushed back in your seat. Once you get used to this high rev power you can really have some fun! The only way I can describe the engine is a Honda VTec, its very similar in the way the power delivery seems to come from nowhere in the higher revs. Torque wise, the Swift has 160Nm, which is pretty standard for 1.6 petrol, its mind-boggling where the performance comes from without a turbo! 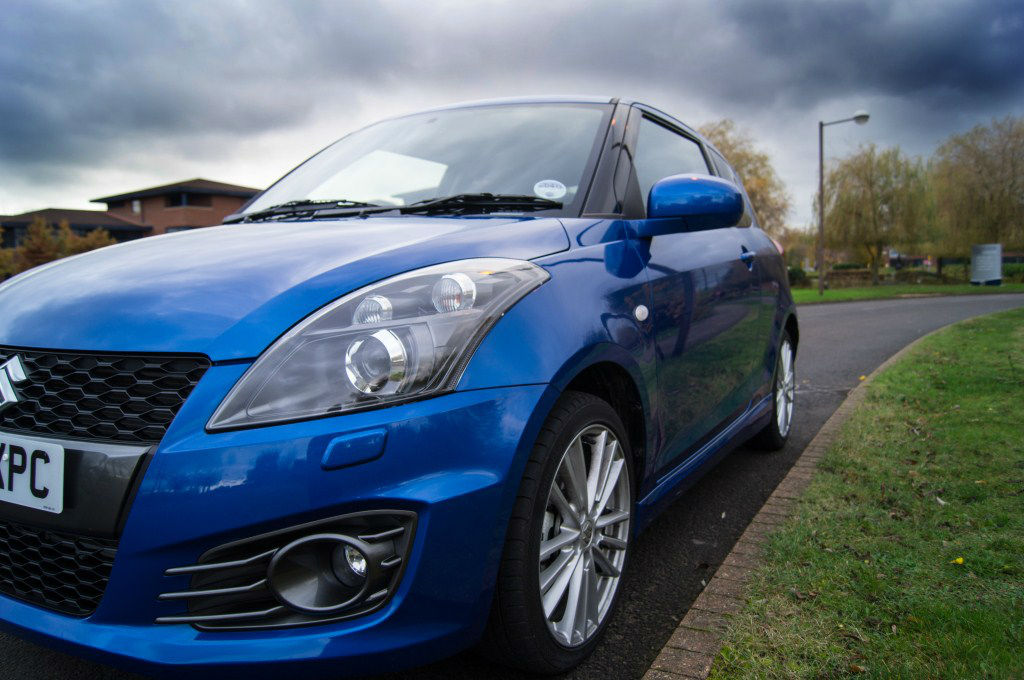 The chassis is truly great as well; it takes all manner of corners pretty much perfectly flat every time. There’s no fighting for grip, or squirming, it just goes through and carry’s on. Even accelerating through a slow corner in a low gear, you get no scrabble for grip; it simply grips and pulls away. The tyres are quite skinny being 195/45/R17’s but this doesn’t seem to have had an adverse effect. 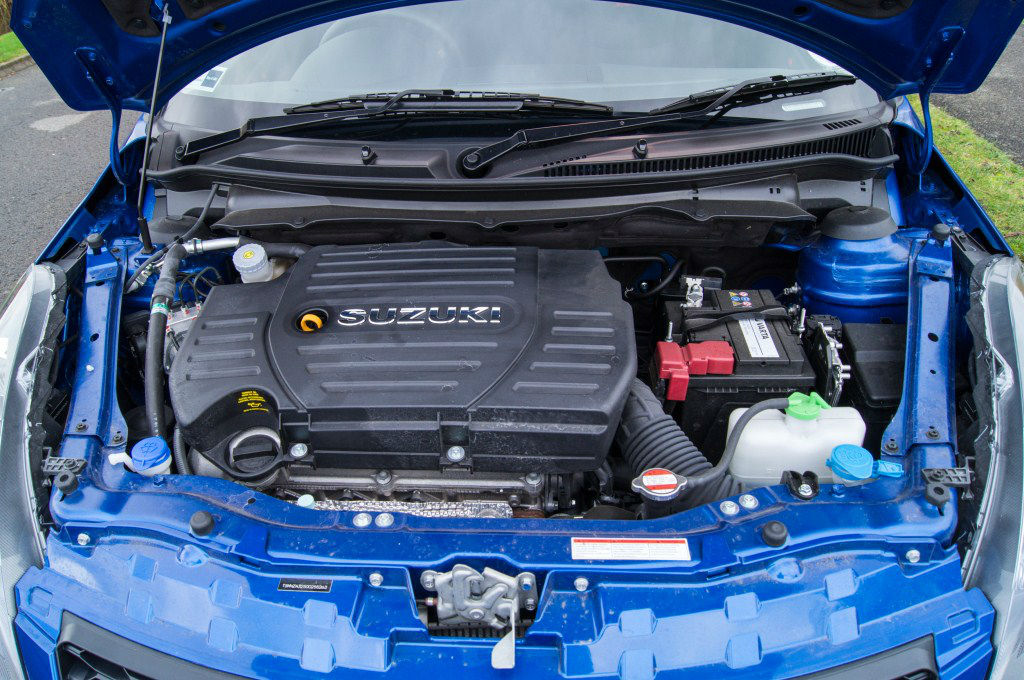 It’s such massive fun to drive! I had a smile on my face every time I took the car out over the week I had it. The Swift will egg you on with its eager engine, pushing you to try the next corner that little bit faster, and with it welcomes you with yet more grip and more power!

Once you have the car revving into the 6000 mark the noise is one of just raw power, I found myself muting the stereo a lot of the time, just to hear the engine and exhaust. On the motorway the car is a little bit loud, if you are trying to have a conversation with someone you find yourself raising your voice slightly, but the noise isn’t too intrusive. If you need to overtake in the Swift, you will have to shift down two gears to find the correct power needed, but once there it pulls well and kept up with the pace of things.

The brakes are sharp and responsive, but when under harder braking, it felt like the car took a little longer than I expected it to come to a stop. Especially as it is such a light car! Ride is firm but not at all crashy; it’s more than comfortable enough for every day driving. 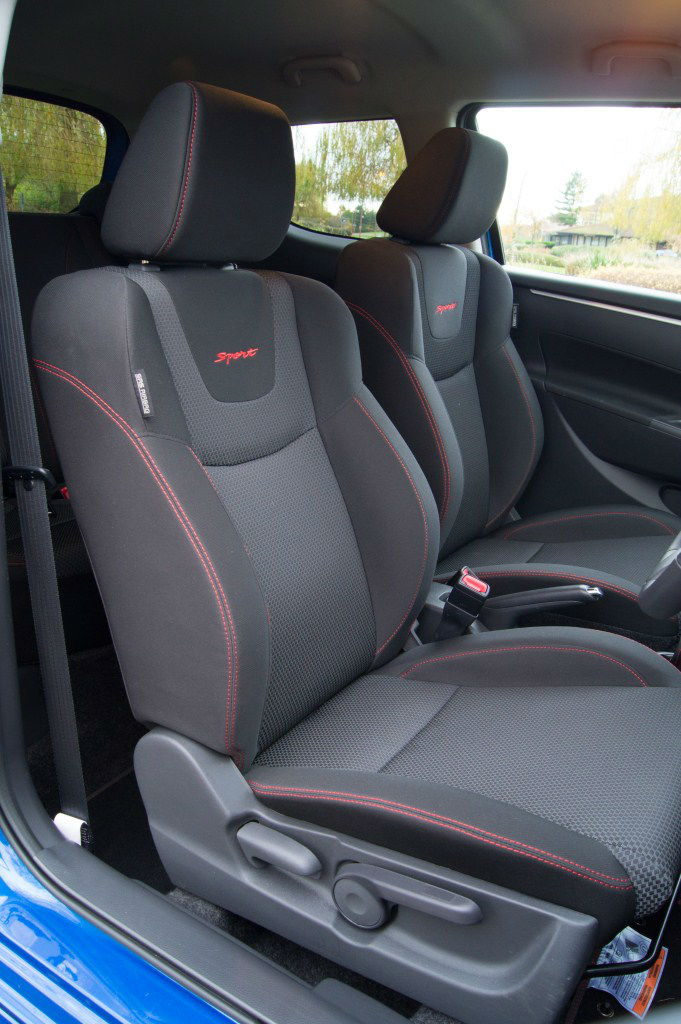 Inside the Suzuki you immediately notice how hugging the seats are, they are deep and hold you perfectly. Making you instantly feel connected and part of the car.

Standard sport trim means you get some excellent kit, including Bluetooth hands free, iPod connection, climate control, keyless entry, push button start, folding door mirrors, and cruise control. For £13,500, that level of kit is just amazing! Externally, even HID’s (with washer jets) and Fog lamps are standard on the Sport. 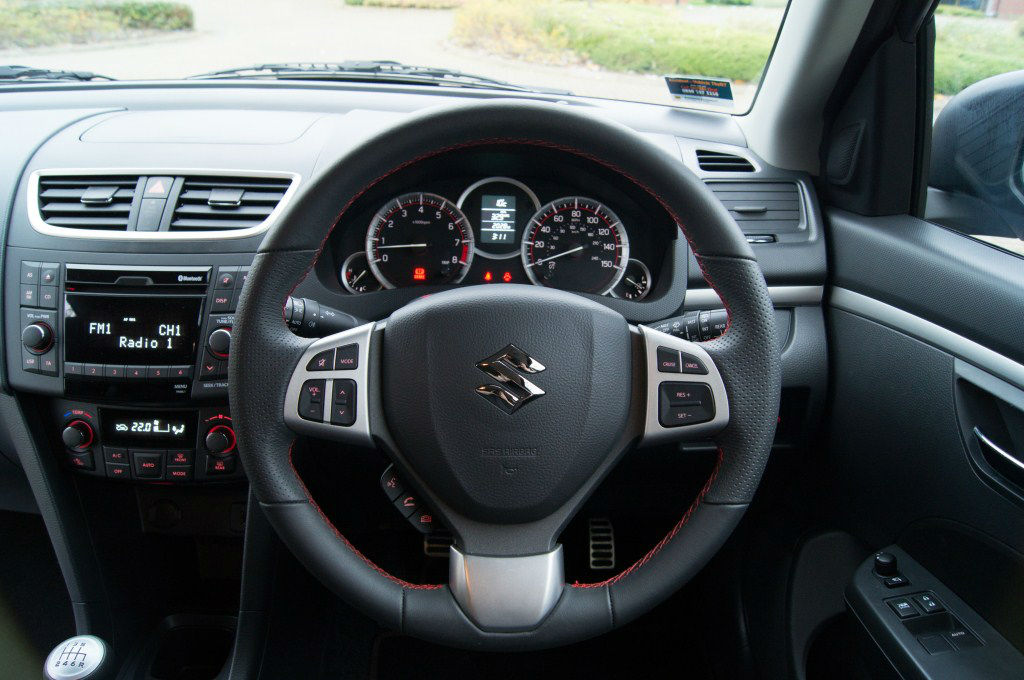 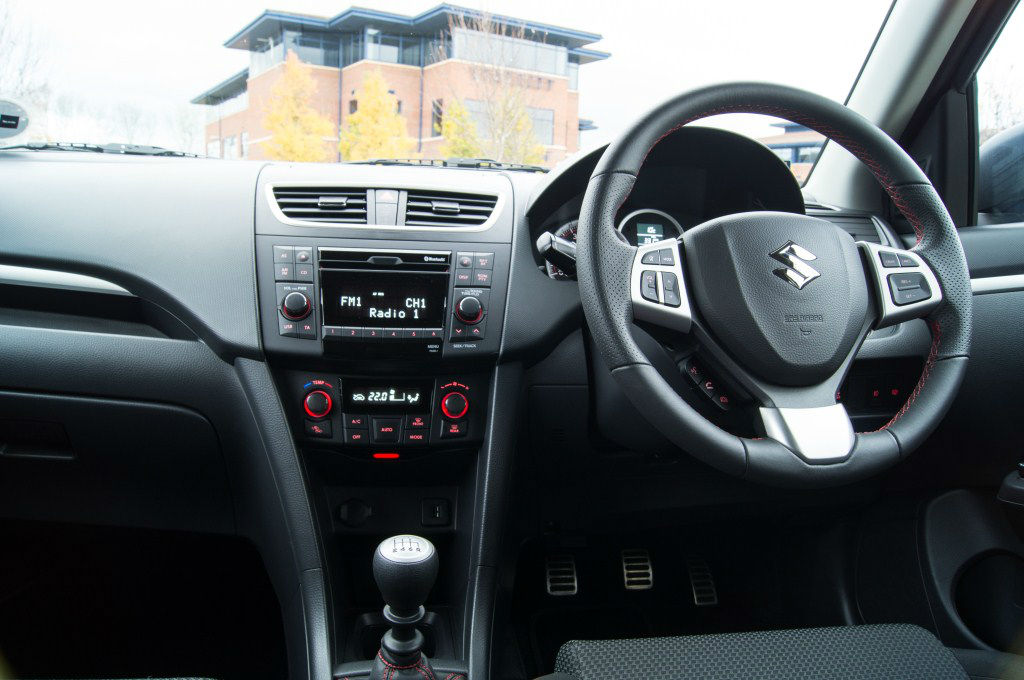 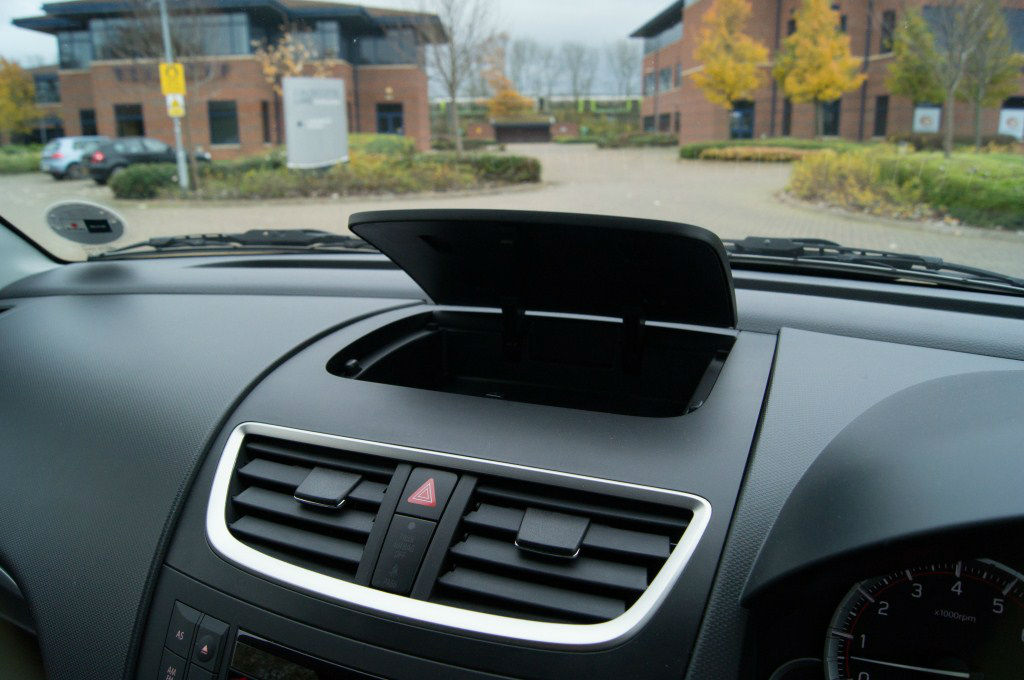 Some of the plastics inside are a little hard, but they don’t look cheap and are well textured to give a modern feel to the dash. All of the switchgear and stereo was solid, which added to the well-built quality feel of the car. There were no cabin shakes, creaks, or rattles when going along rough roads either. Another thing to mention is how good the standard stereo is, clear and crisp when turned up loud, with a decent amount of bass.

The boot is rather small with a deep lip to it, but you aren’t buying this car for its big load capacity! Rear seats are very comfy, and springy, with enough headroom for an adult. Legroom is ok too as long as you don’t have a six footer up front. 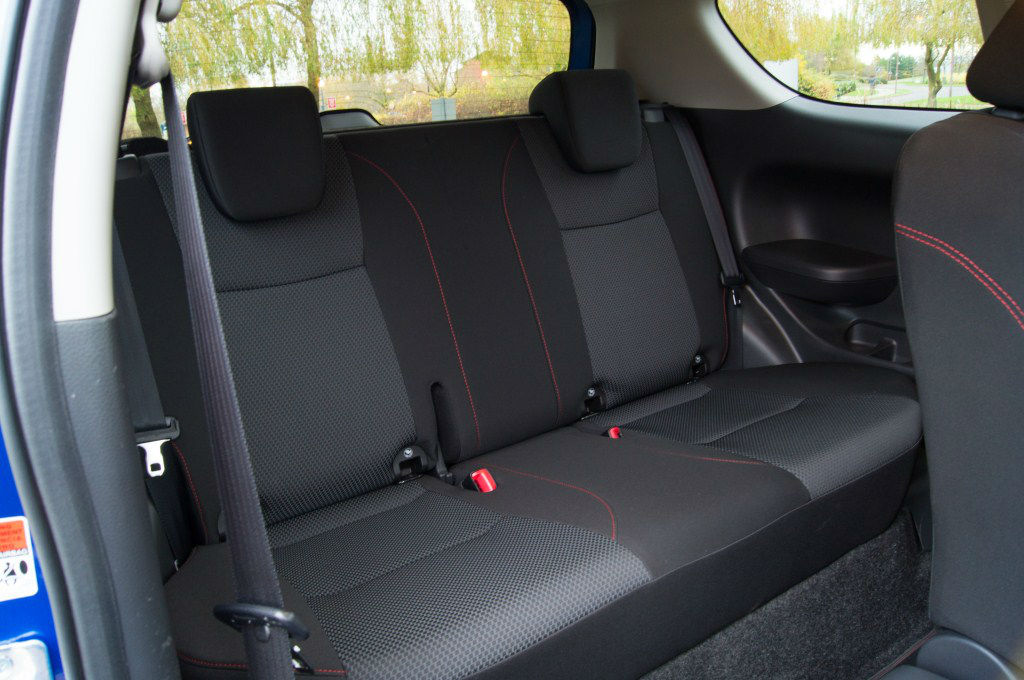 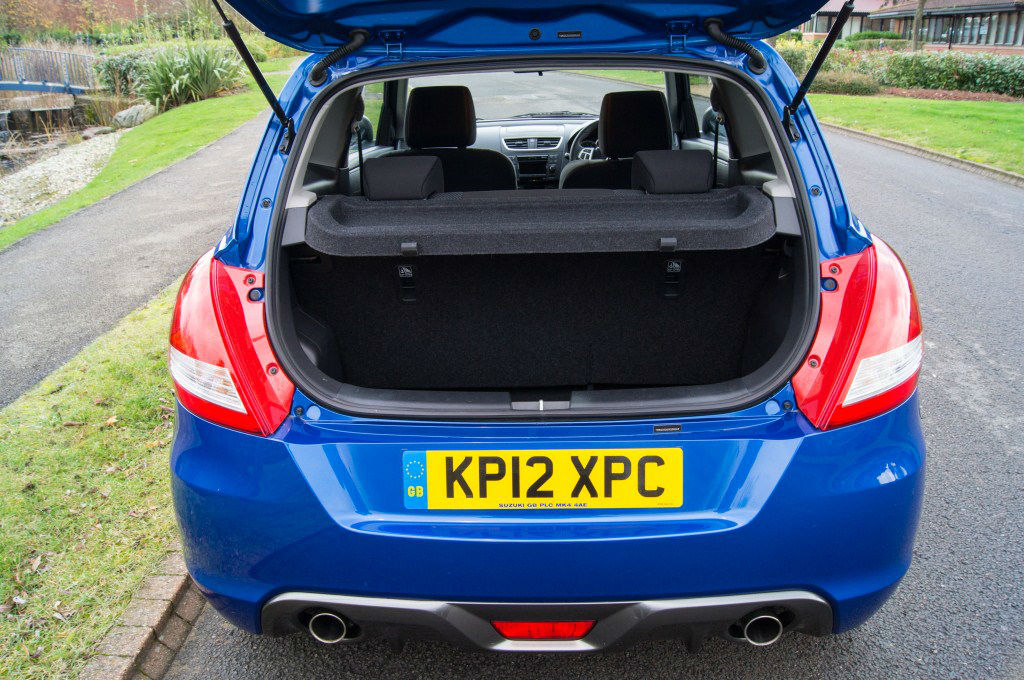 There are two quirks I found with the car….when locking, the door mirrors do not fold automatically, but there is a button to fold them inside the car, by the window switches. It didn’t quite make sense to me, as they are normally automatic on locking with most cars?? The other thing was the driver’s seat did not have a latch to pull the seat forward for passengers to get into the back. Only the passenger seat had this lever. You can still push the driver’s seat forward, (by pulling the lever used to adjust the back rest) but it just seemed strange one side having it, and one not! 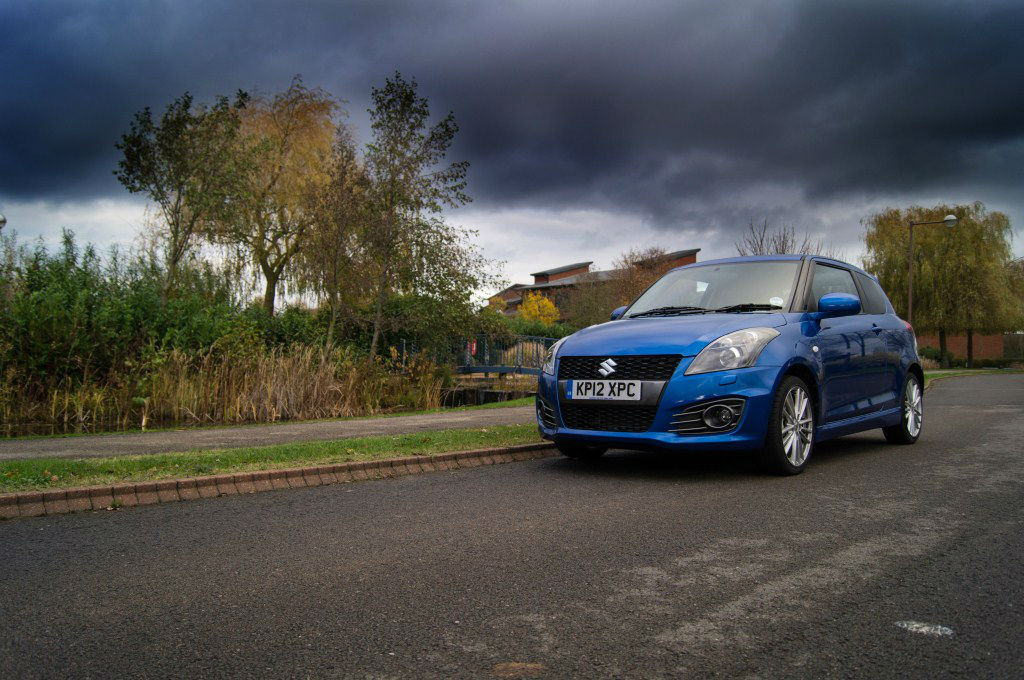 If you want a nippy, engaging, drivers car, that you can still pootle around in every day, AND return good MPG, then this is definitely the car for you. It’s easily fast enough to have lots of fun in, the engine and exhaust note will make you smile whenever you get the revs high. Inside is comfortable, and has oodles of kit, most, not found on cars at this price. If you are thinking of buying one of the other hot hatches out there, I urge you to take a Swift Sport on a test drive before you commit yourself to any of them!

The Suzuki Swift Sport should be THE benchmark, in handling and setup; that all manufacturers of hot hatches should strive for! 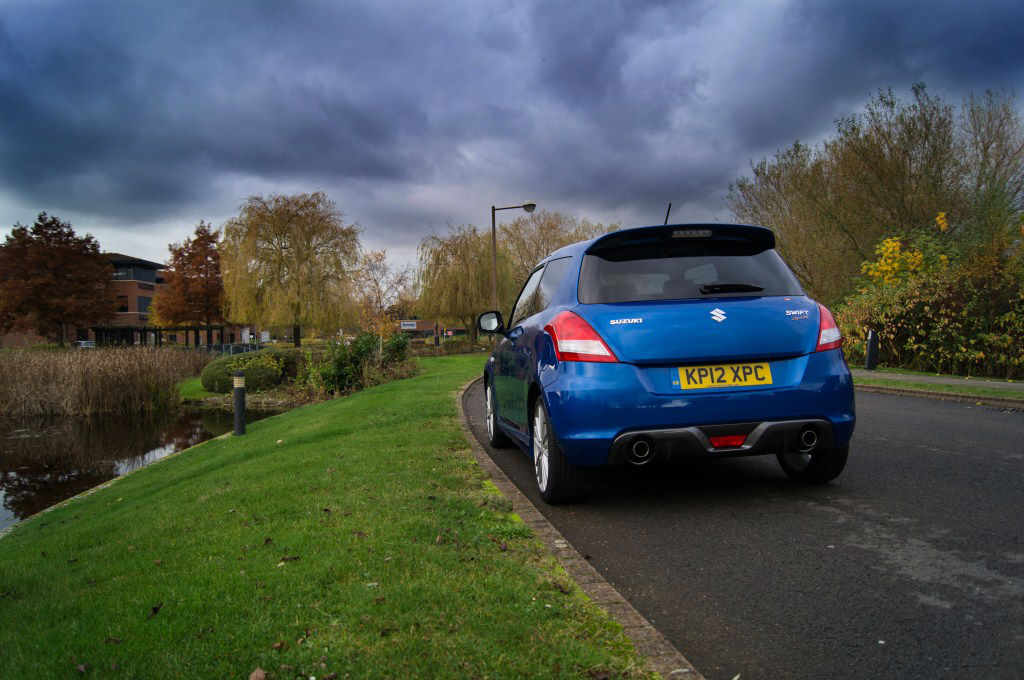