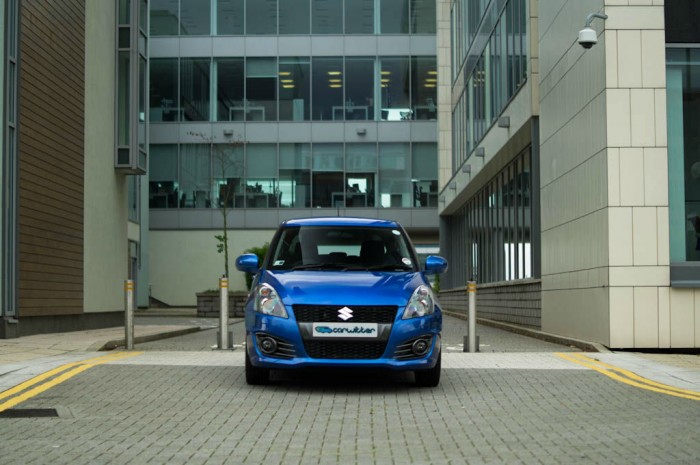 Suzuki’s flagship Swift Sport has been around in the UK since 2006, but in all that time the 5 door variant never made it to European shores.

It still has that high revving 1.6 litre VVT engine, making 136 HP and a 0-62 time of 8.7 seconds. The addition of two extra doors also makes no difference what-so-ever on the little Swift’s weight…strange! 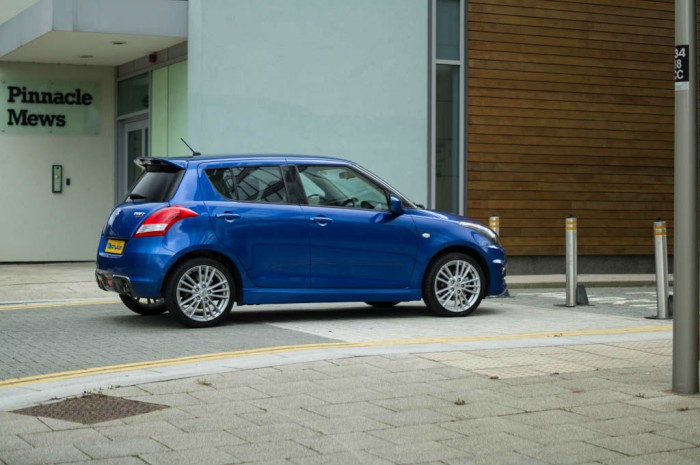 We loved the look of the 3 door Swift Sport, and the 5 door is no different.

It’s somewhat upright stance seems to be made a little more prominent as your eye gets drawn to the rear doors, but other than that it still has its sporty, fast looks.

From the front or rear you cannot tell the 5 door apart, even from the side the rear windows are tinted the same as the 3 door, they really are very hard differentiate.

Its rear curves are just as perky, and all round it’s a great looking car! 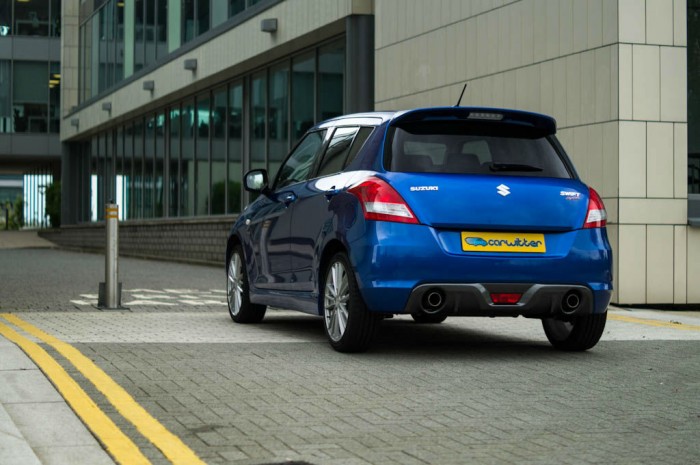 It’s amazing, the 5 door Swift Sport drives EXACTLY the same as the 3 door. We couldn’t tell them apart at all.

It’s still very refined when pootling around at lower speeds, but as soon as you let those revs drift over the 4500 RPM mark you are in the modern-day reincarnation of the fabled Peugeot 205 GTi.

It springs into life, you are pushed back into the hugging sports seats and shoved onward.

The Swift Sport loves to be revved hard, sit slap bang in the middle of the rev range and you are welcomed with instant pick up and even better acceleration, in fact leave it in gear and you can keep going until just over the 7,000 mark. 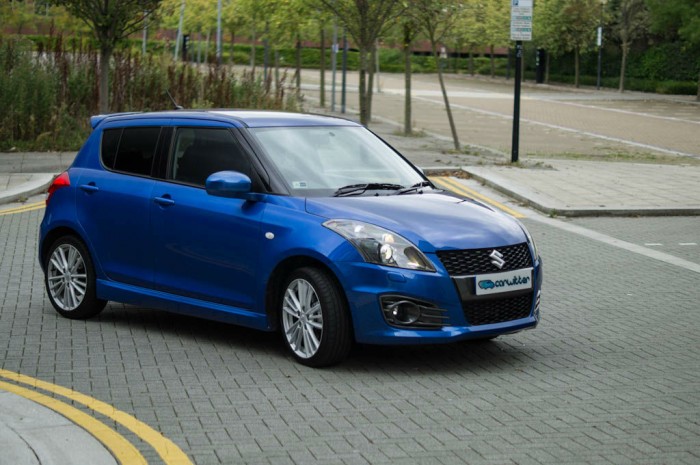 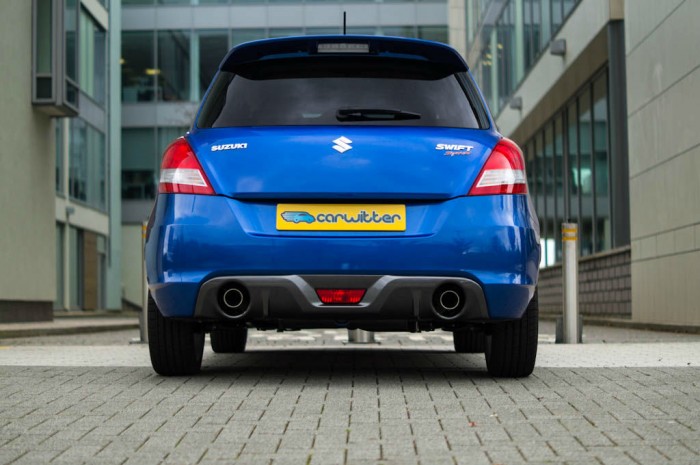 Ride is just as good in the 5 door model, its firm but not at all harsh. When pushing the Suzuki into a corner you get the same minimal body roll as in its 3 door brother.

Even though the Swift Sport has 136 HP and 160 Nm of torque it’s just so much fun, you don’t need massive BHP in small cars. The power in the Suzuki is so well-balanced, you can throw it around corners and it just grips, you don’t ever feel that things could get out of control or that you could end up killing yourself in it! 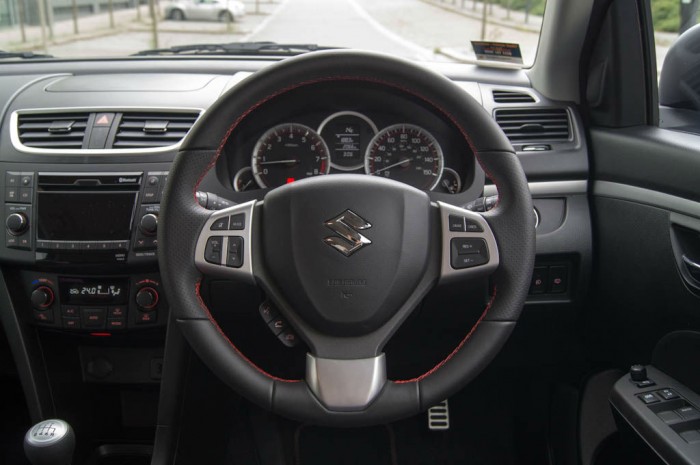 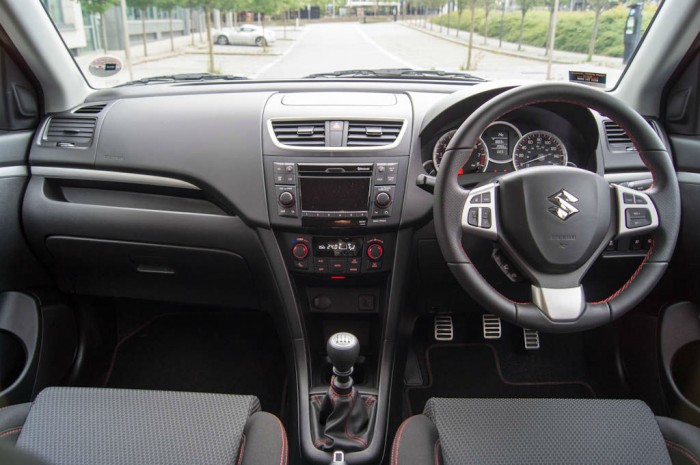 Inside is just the same as the 3 door model. A modern looking dash and centre console are finished in smart-looking plastics, some are a little harder and scratchier sounding than I would like, but that’s just being pernickety. 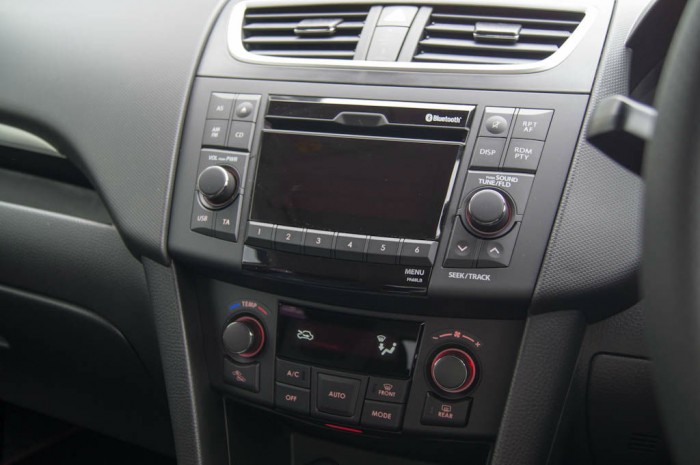 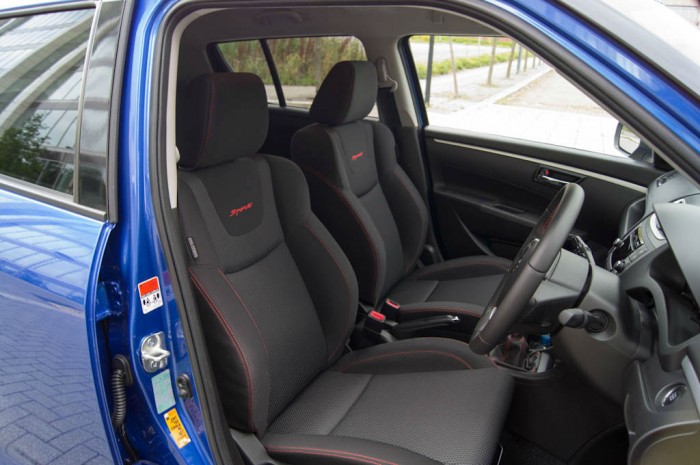 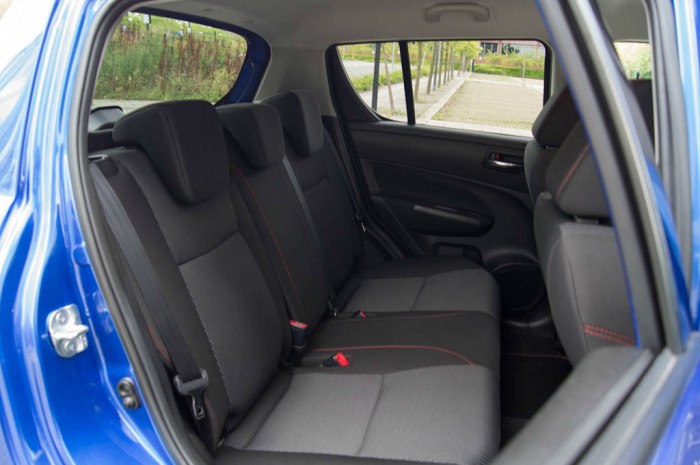 Rear seat access is vastly improved over the 3 door, ideal if you have children or want to make use of the added rear storage space.

Headroom is good, but legroom is still a bit pinched if you have taller people up front, this is down to the 5 door having the same overall dimensions as the 3 door. 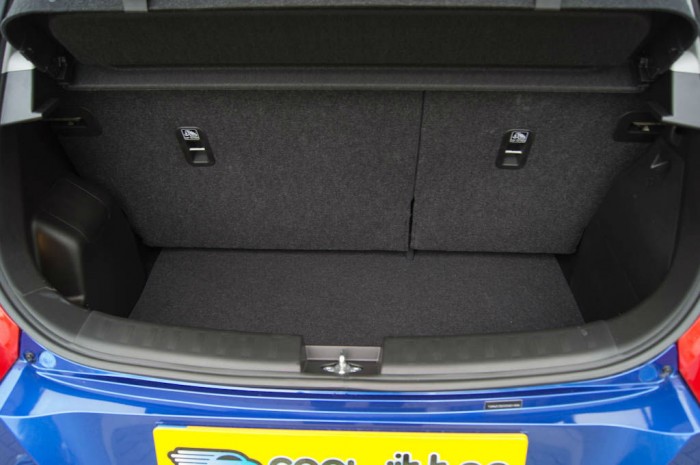 Boot space is on the small side compared to its rivals, but now you can pop your shopping behind the front seats with ease (saves it rolling about too!).

If you are after a more practical, sporty hatch then give the 5 door Swift Sport the once over.

It has kept its small dimensions so it may not be as roomy as the competition, but this helps give it such good handling; and costing only £500 more than the 3 door, its superb value for money! 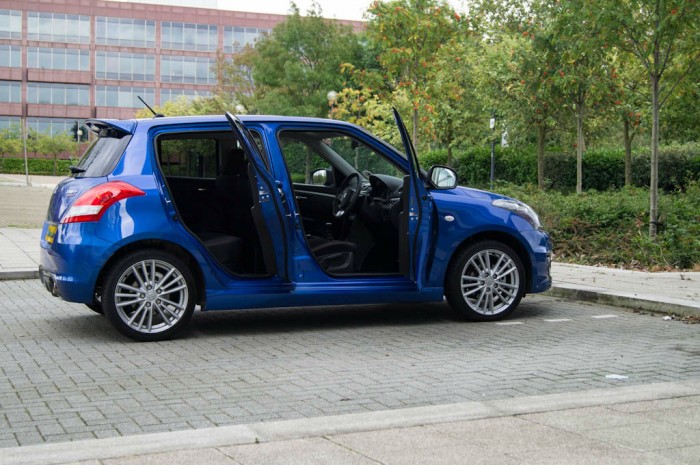 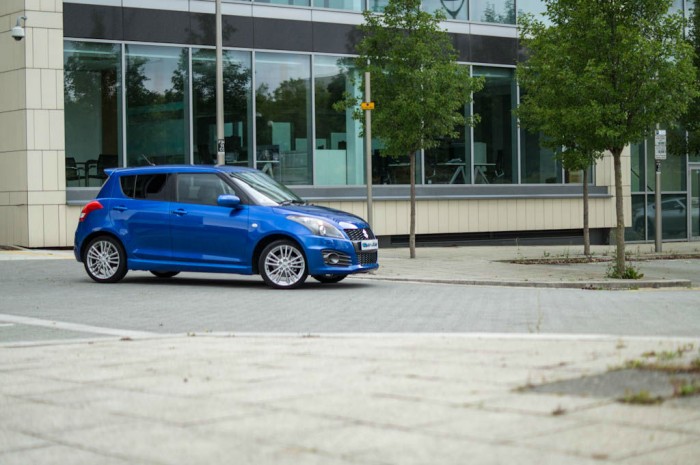 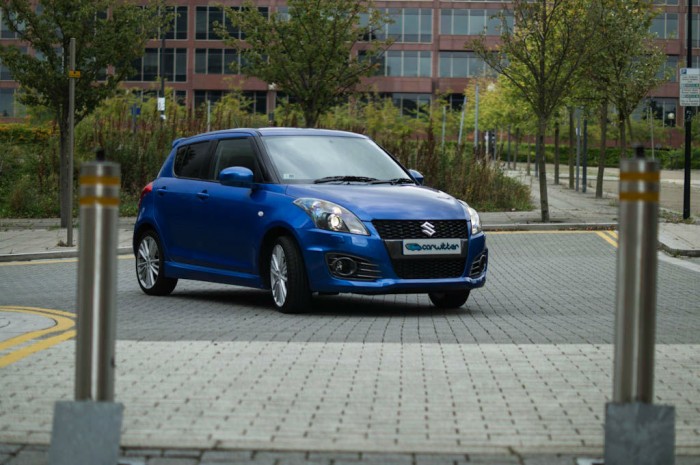 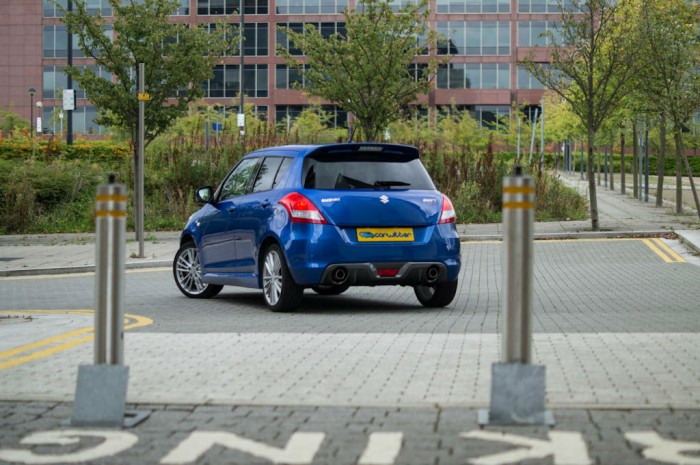 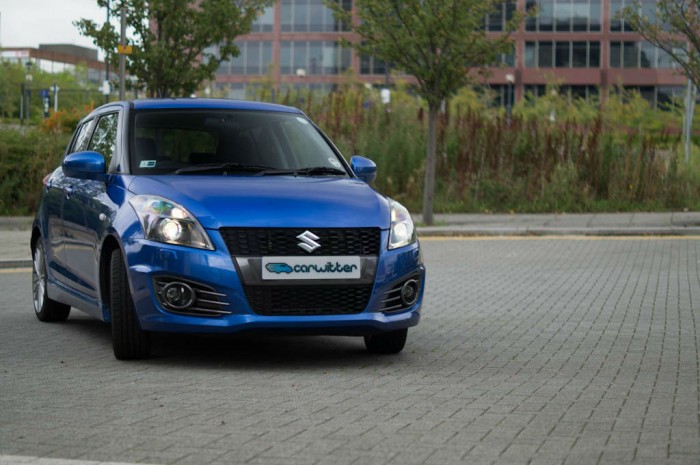