Every now and then Suzuki offers even more value for money with the Swift range, adding go faster looks and more kit than the comparative specs, they’re known as the Suzuki Swift Attitude, and here’s how the 2019 model stacks up. 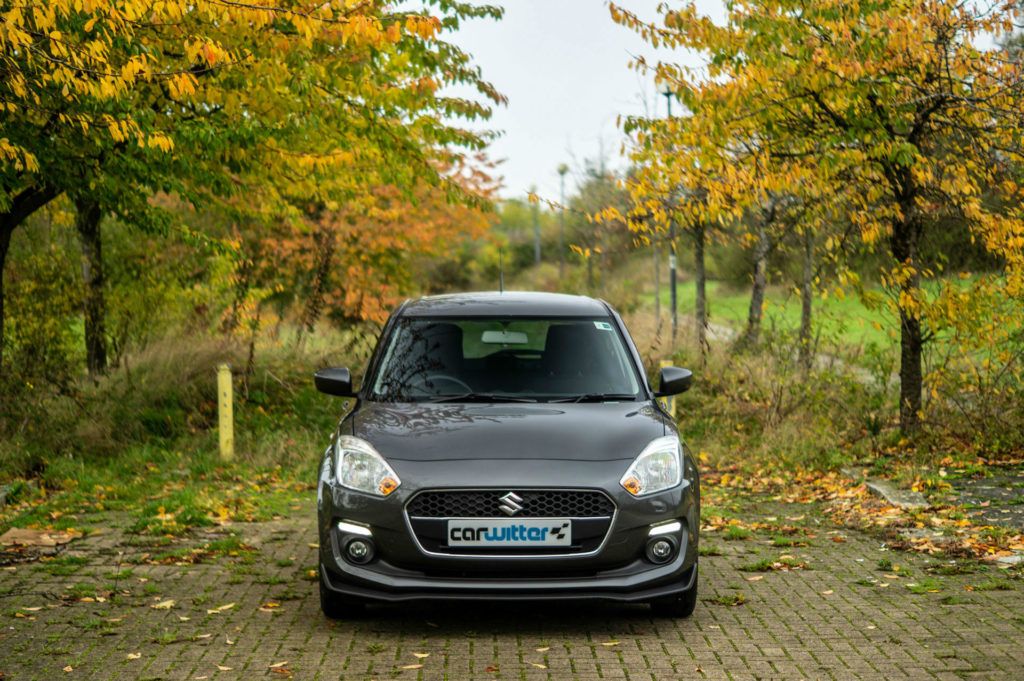 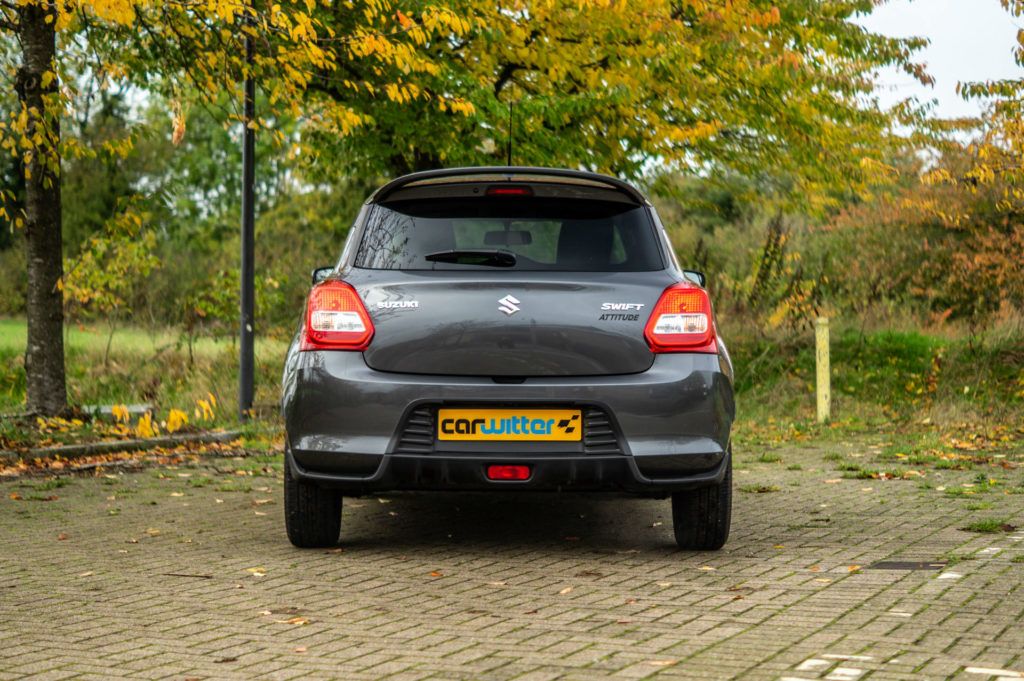 In terms of the differences, the ‘Attitude’ merely adds the body kit from the Swift Sport, so that’s an upper spoiler, side skirts and a different front grille. All smart editions, especially for less than £100.

You’ll also find 16” polished alloys and a choice of seven colours, all are cost options at £485 apart from the ‘Fervent Red’.

They offer the looks of the hottest model in the range but with the frugality of the punchy little 1.2-litre engine. Win-win. 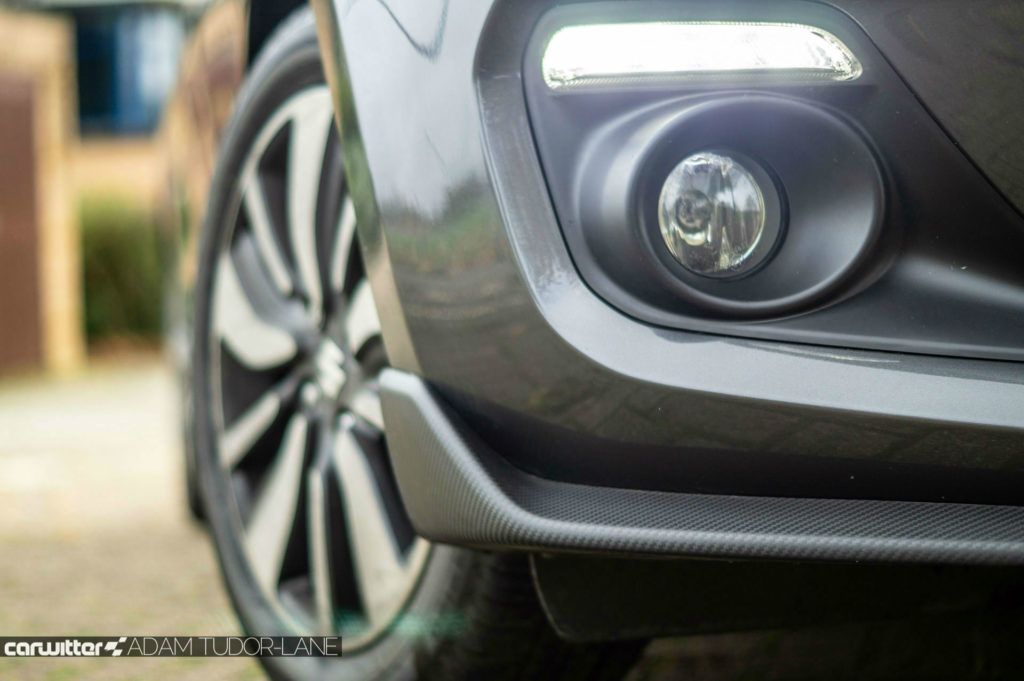 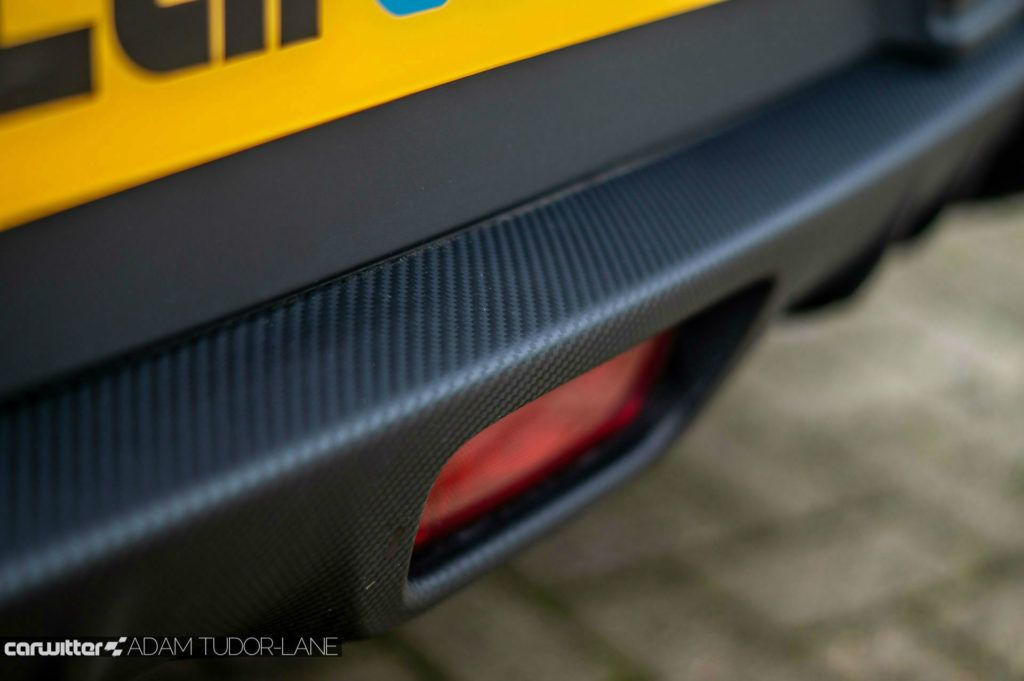 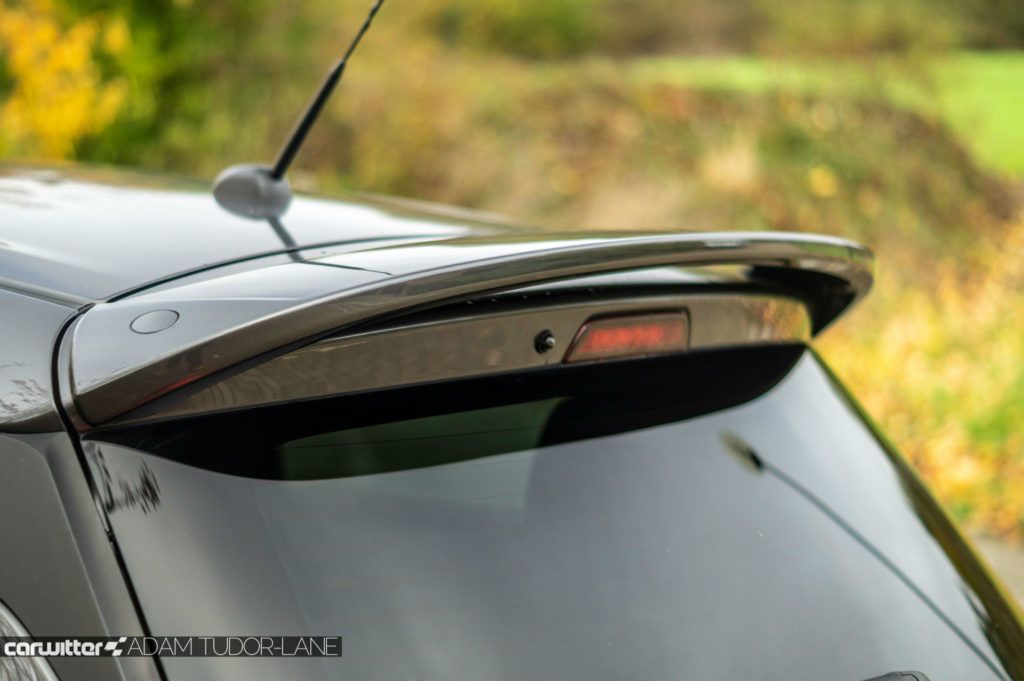 Thanks to the Swift weighing in at the 980 KG mark that diddy four-cylinder 1.2 litre is a powerful enough engine for 90% of driving duties.

It likes to rev and be worked hard, sprinting toward the red line with aplomb whenever you feather the throttle. Don’t be afraid to push the little Suzuki to get the acceleration you need, when you do it feels like a genuine warm hatch.

Handling is precise even though the wheel is somewhat light to the touch, but pedal the gears to keep in the sweet spot and any drive no matter how mundane can be turned into a hoot. 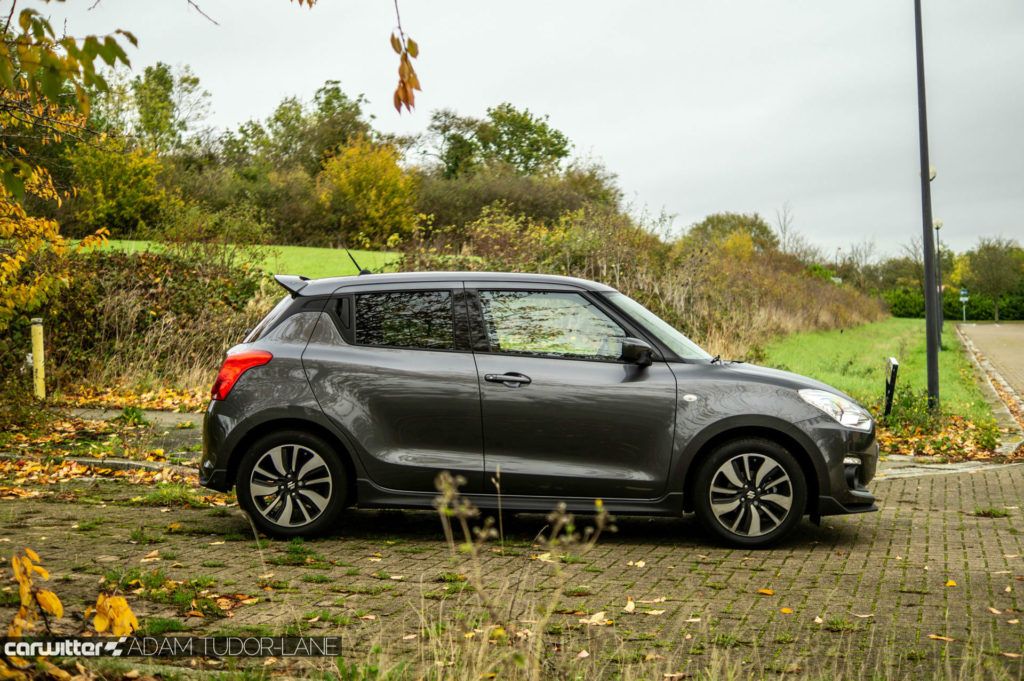 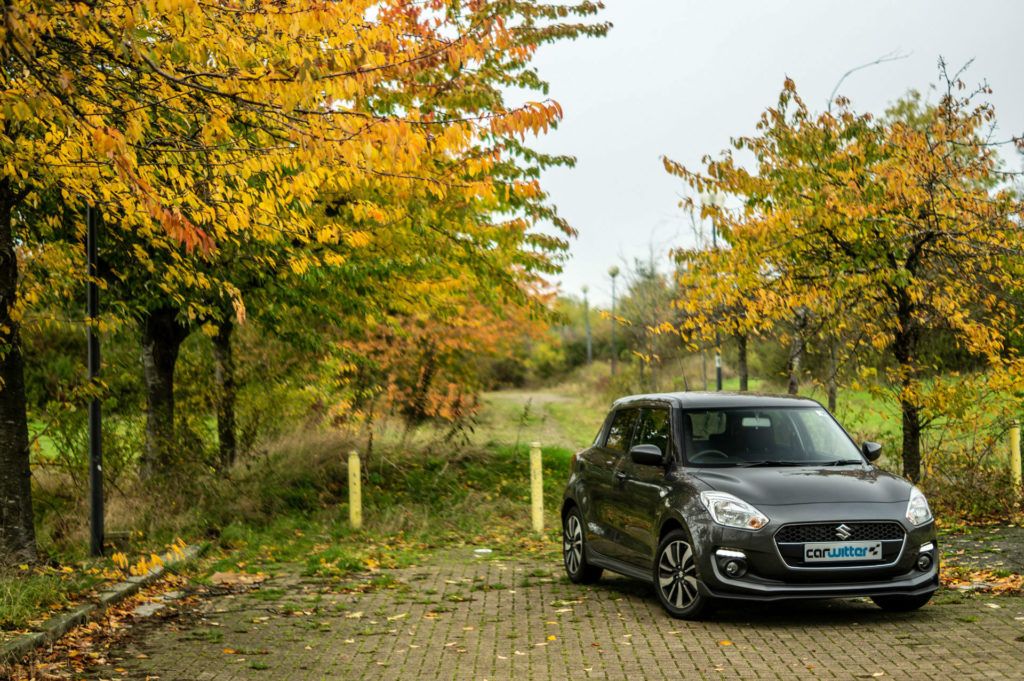 Sharp cornering is met with a little body roll, but that’s to be expected as this is no hot hatch. It does, however, keep the ride supple across the majority of our holey roads.

Higher speeds are met with a little more intrusion from road-noise, you can also hear the engine more the higher the revs get.

Power is only 89 BHP and 119 Nm of torque, but it gets up to speed on dual carriageways with ease and seemingly far quicker than it’s 0-62 time of 11.9 seconds would have you believe.

Around town it’s a superb steer, never feeling lacking and always easy to thread through traffic. 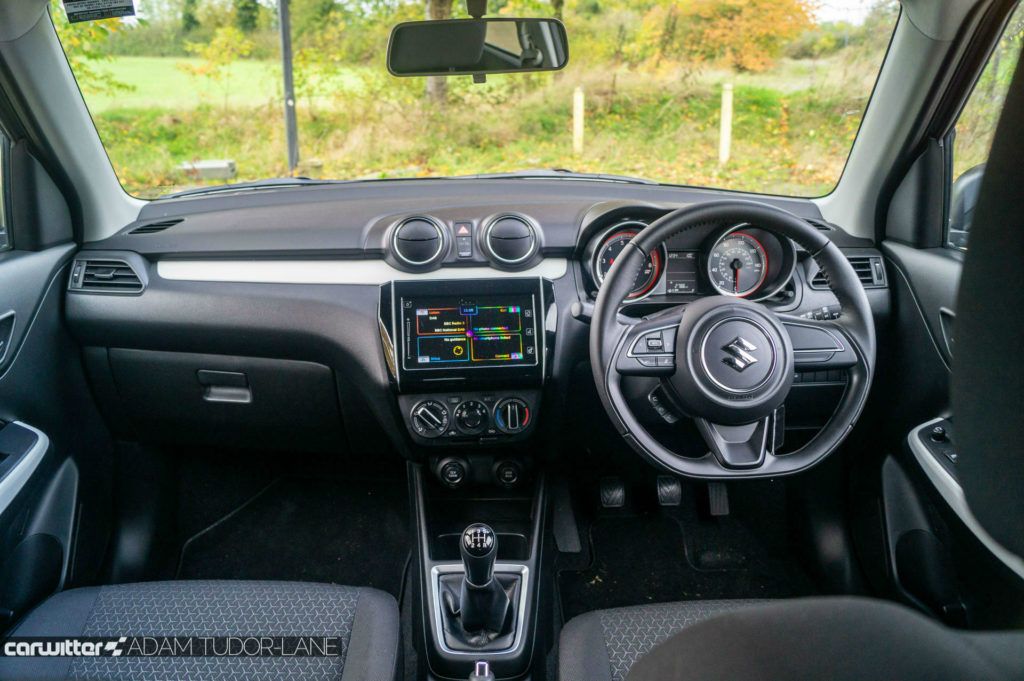 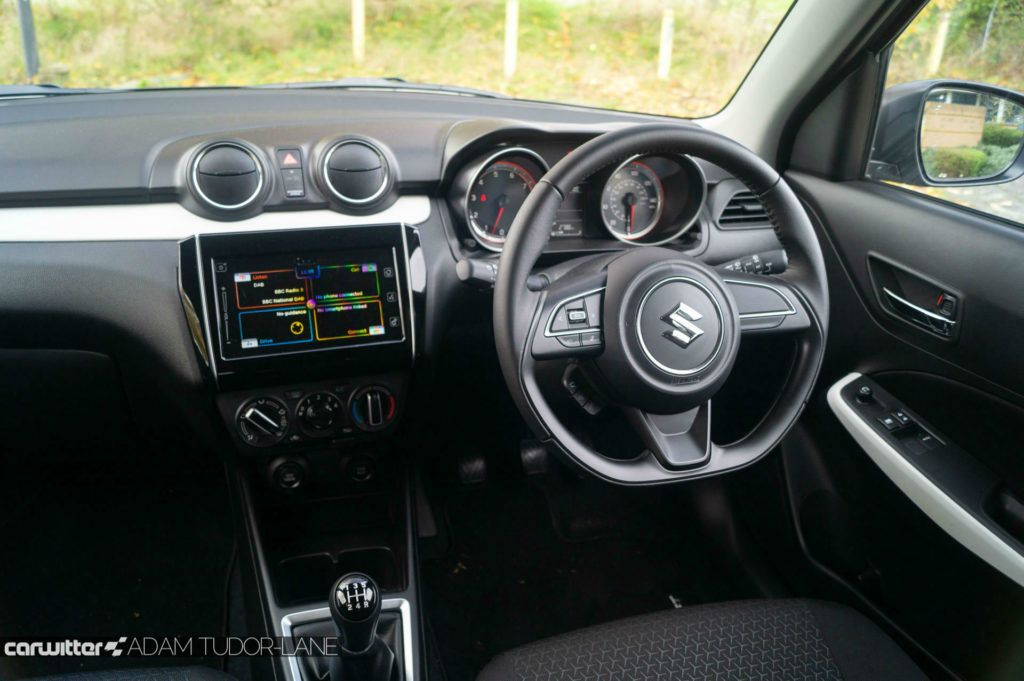 Inside is decent enough, especially for a car at this price point. You get all your modern needs; an infotainment screen with smartphone connection, Bluetooth, DAB radio and manual air conditioning.

Annoyingly, as with the rest of the Swift range, there’s no reach adjustment on the steering wheel, so you have to pull yourself forward instead. It’s a standard thing on nearly every car these days…come on Suzuki.

I still managed to find a comfy driving position, but it wasn’t my normal perch.

Dash plastics are hard, but they’re easy on the eye and don’t look as cheap as they feel. Again, this is a super budget offering with tons of value for money. You can’t have everything.

Rear seat leg and headroom is decent for short jaunts, the five-door only option gives added practicality, while the boot measures in at a dinky 264 litres, so expect to use those rear footwells for bigger shops or weekends away. 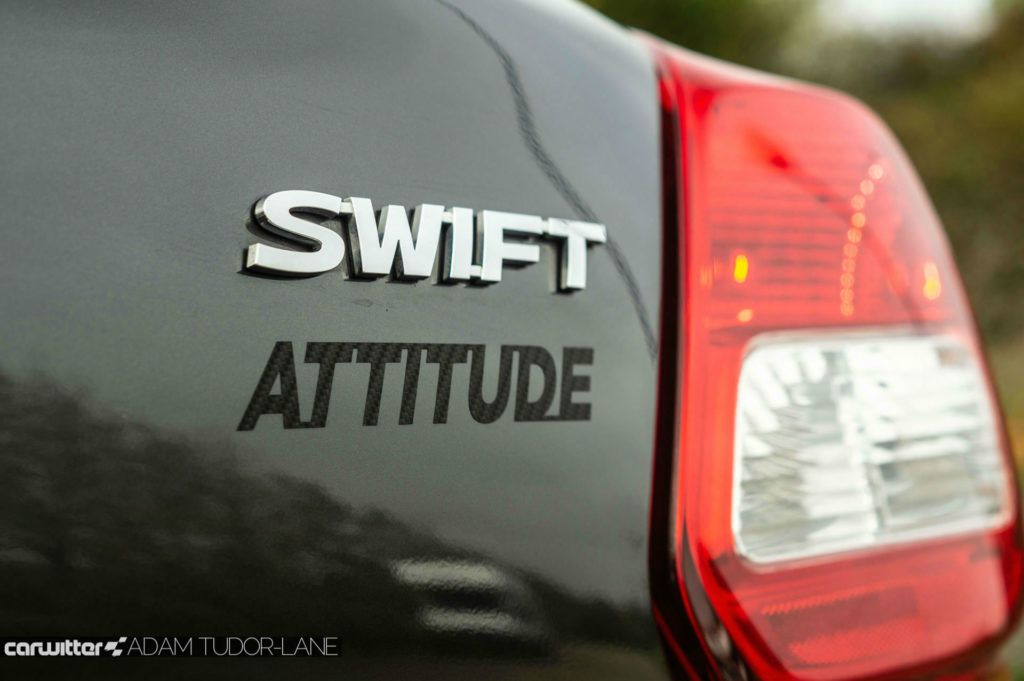 If you’re after a cheap runabout, first car, or just something incredibly affordable with decent looks, the Suzuki Swift Attitude ticks all the right boxes.

Would I personally one? In a heartbeat.

Suzuki often have some great deals on the Swift, so keep an eye out on their finance offering page. 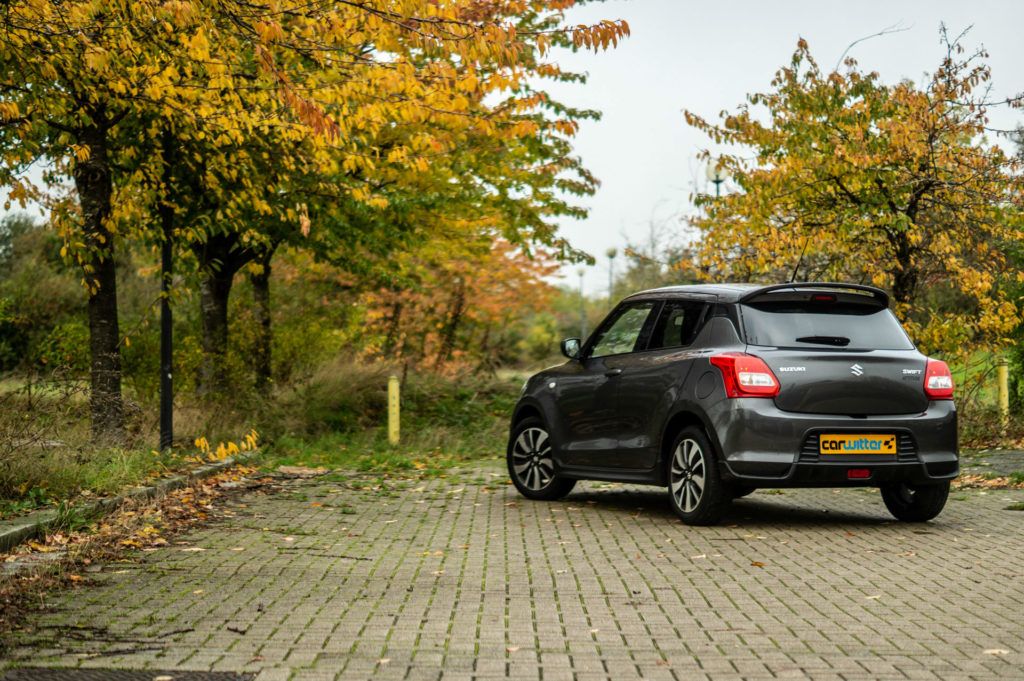 3 Reasons Why Shipping Your Car is a Good Idea