Subaru’s BRZ is a divisive car, born out of a partnership dubbed Toyobaru the Scooby is the rarer variant. In fact last year they sold a whole 200 in the UK. Hmmm.

So, we took to the Cotswolds to see what was different about the facelifted 2017 BRZ. 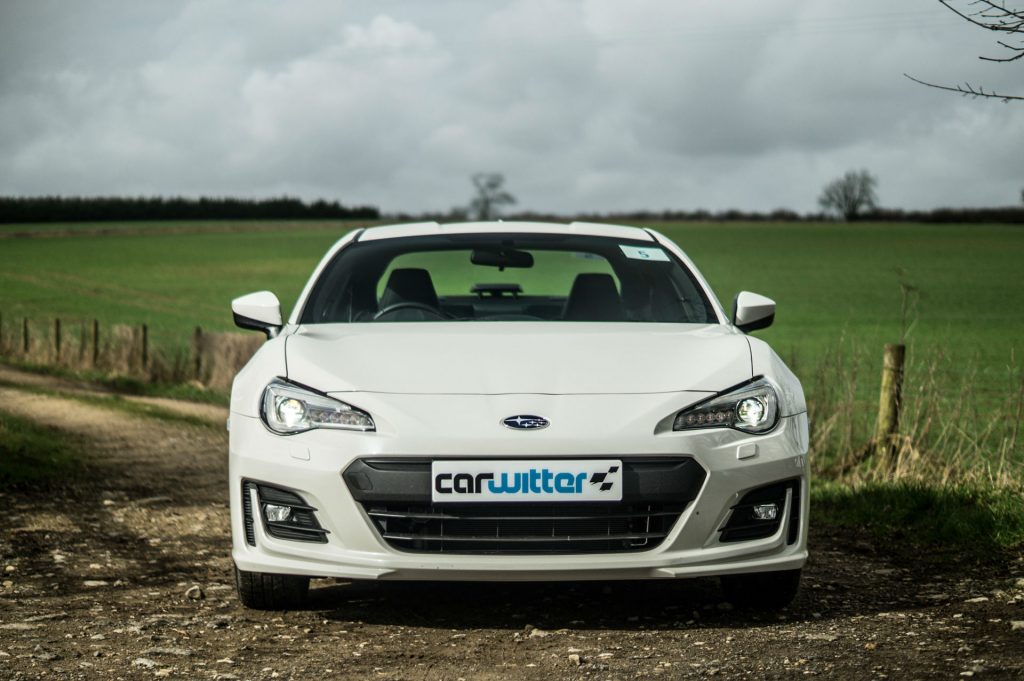 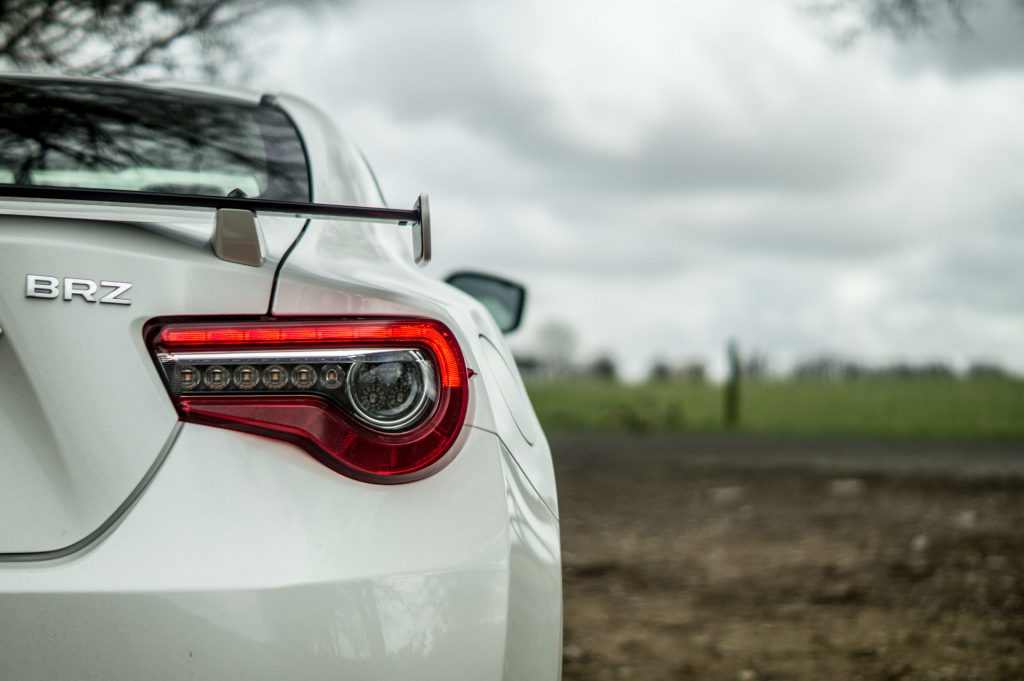 Thankfully those horrid, chrome effect Halfords, Lexus style abominations that were called rear lights are gone. Instead, you now get some nice LED infused jobbies that are all red…no chrome in sight.

Its nose has undergone a mild redesign, all the shapes and curves are still present, but the inner bits are subtly different. The only noticeable change is a double cut out where the fog lights sit.

So the cheap and tacky rear lights have been removed…in favour of a now stick on, pedestal rear spoiler. That’s made of what appears to be metal. Alas it was going so well. 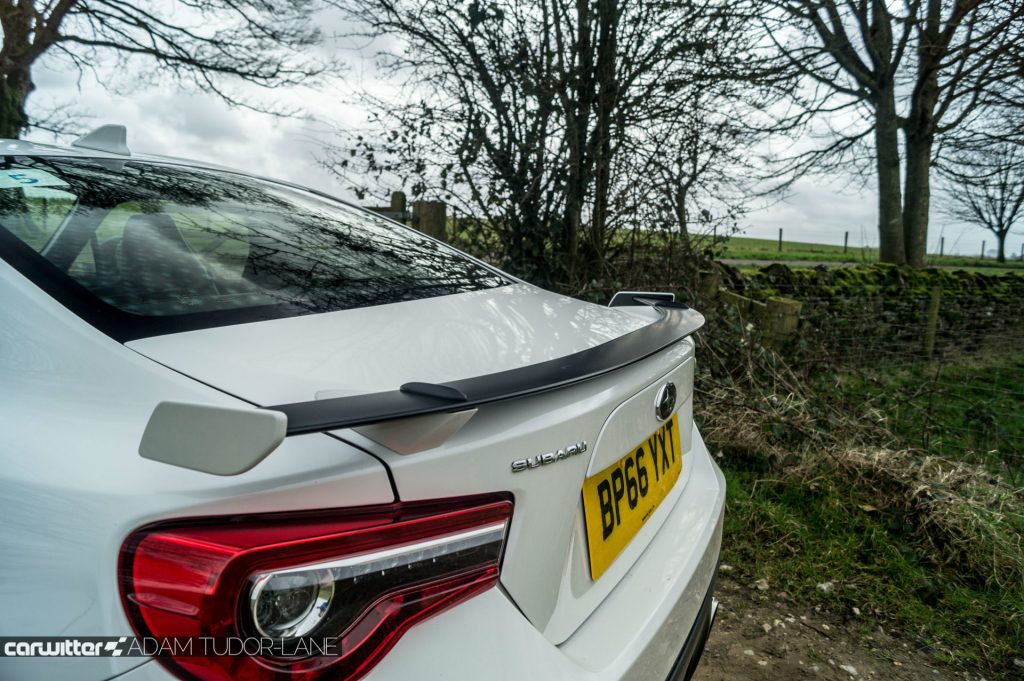 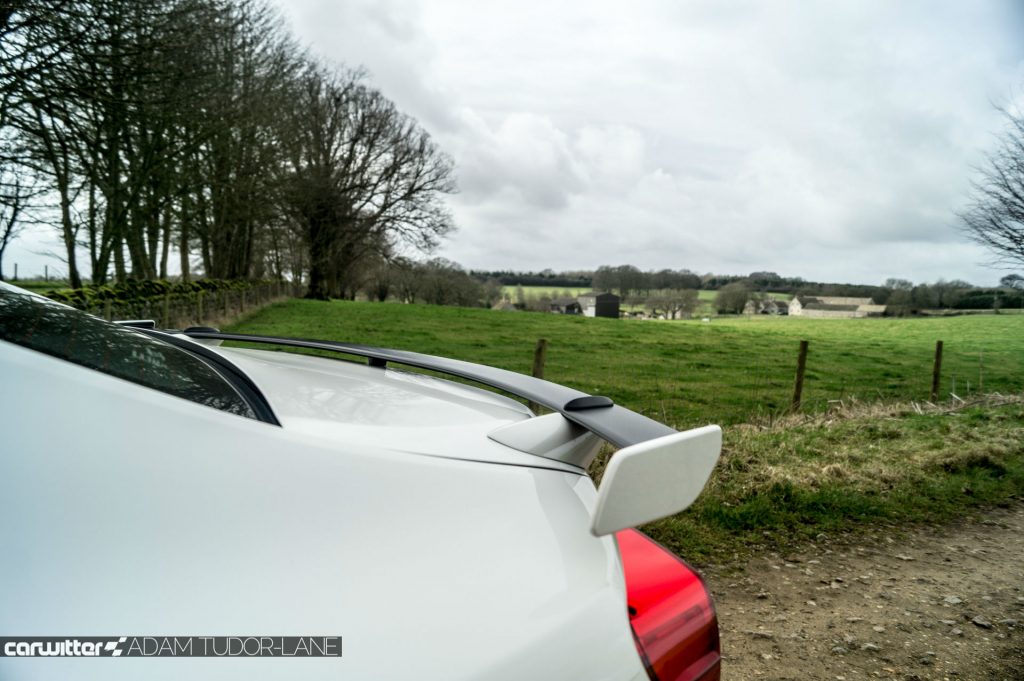 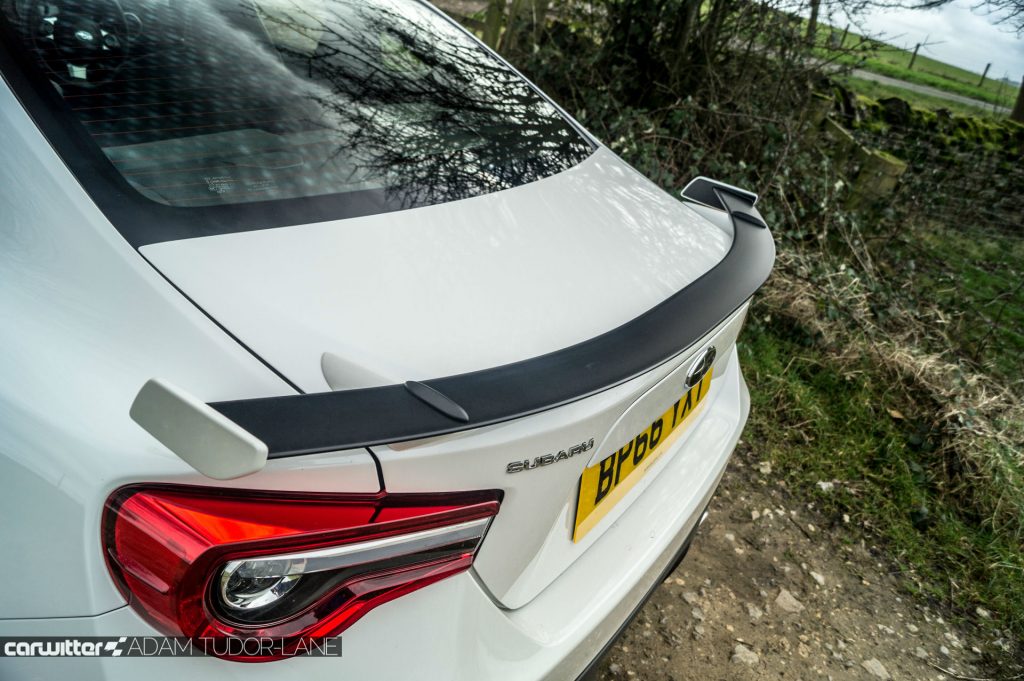 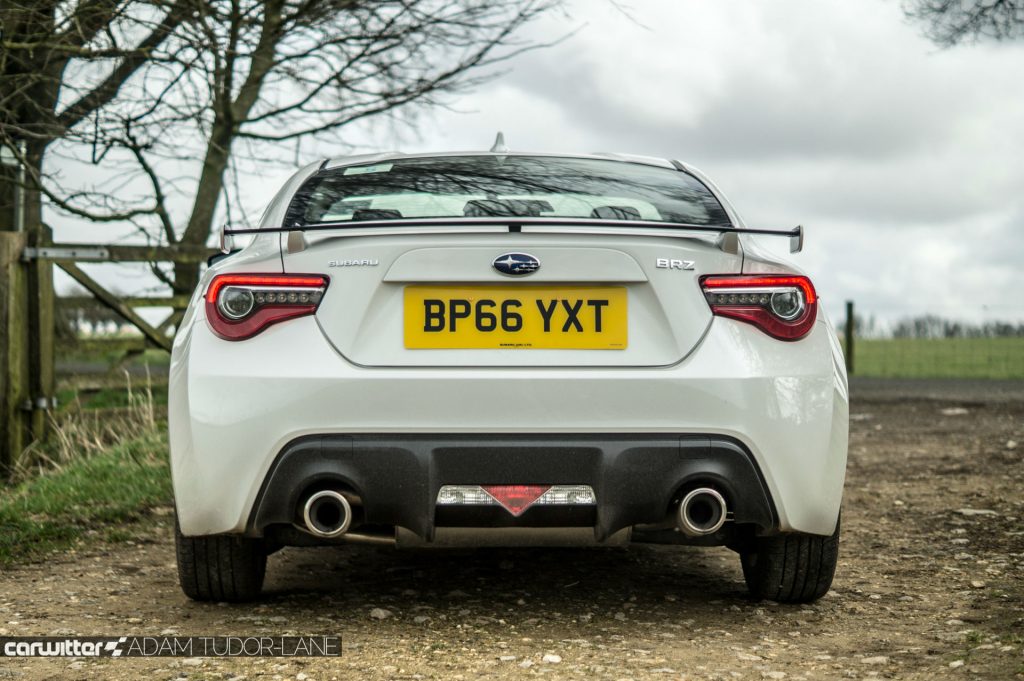 The US market has a ‘Limited’ trim level, which is the top grade. ‘Premium’ is the entry level. However in the UK we only get ‘SE Lux’ trim, which is comparable to ‘Limited’ across the pond.

Subaru have rejigged the suspension setup for the 2017 MY, the front end has a wider track with new dampers all round.

Those changes are most apparent on harsher road surfaces. Instead of rattling over them as the old model used to, the BRZ soaks them up far better.

On the flip side the body control hasn’t been hampered. The BRZ is still very flat through the corners and handling is just as pin sharp, with the front end feeling ever so slightly more switched on. 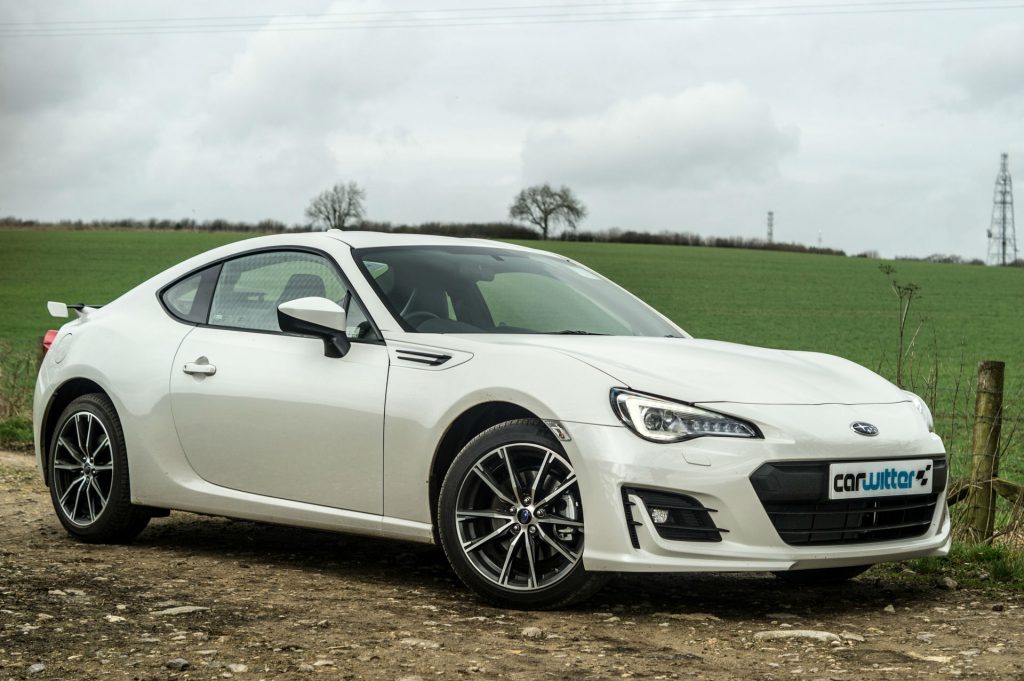 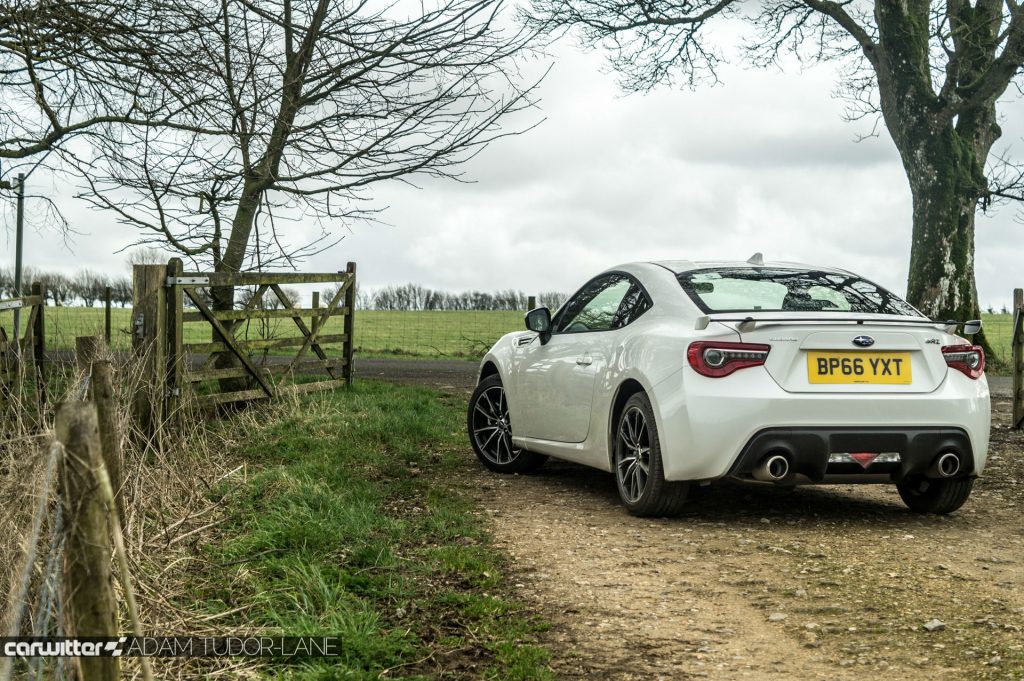 Power output is the same at 197 BHP and 205Nm of torque, so yup working those gears is a must, but that’s all part of the fun with the BRZ. 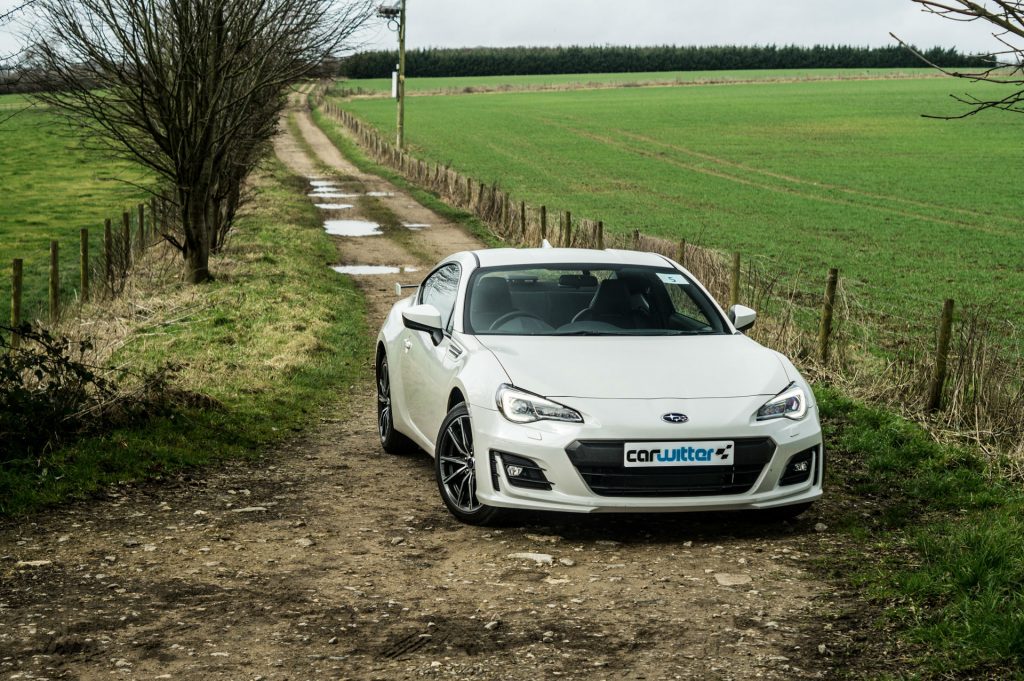 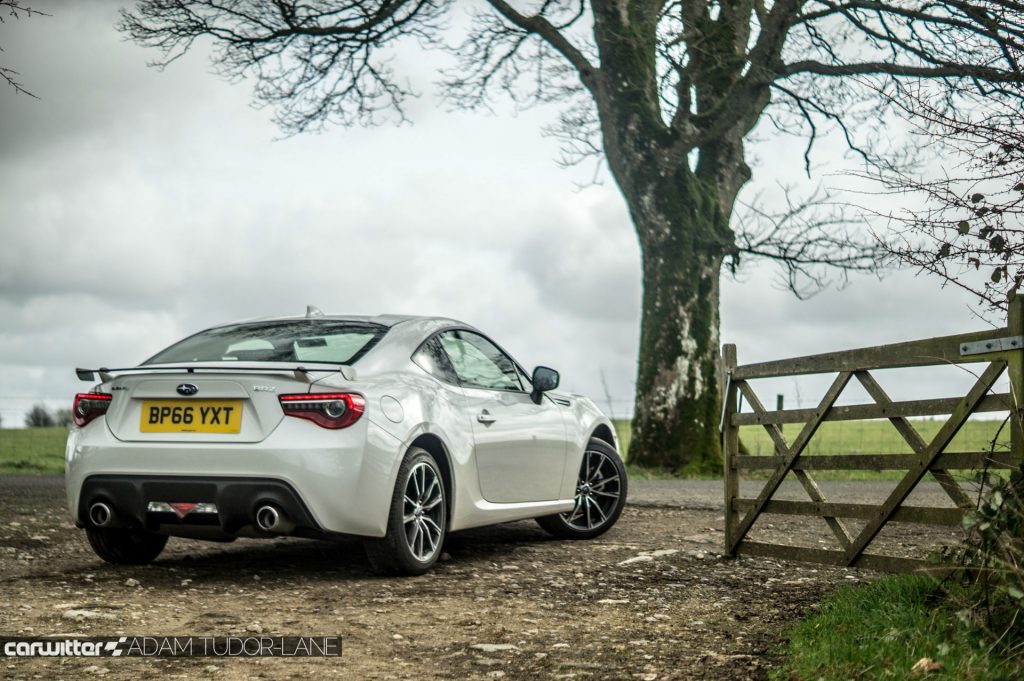 We also tried the new six speed auto with paddle shifters. Whilst being superbly quick to react in manual mode, it had a habit of changing when it wanted to in full auto.

You could be mid corner, adding little acceleration and the box would randomly drop a cog. Alternatively, it would shift up too quickly if you were letting off the go pedal a little.

As with a few auto’s it won’t change up on its own if you want manual control, it will red line and just sit there until you change. This ‘box feels so ‘Need for Speed’ changing up with the flick of a paddle when the red light on the dash starts flashing away at you. 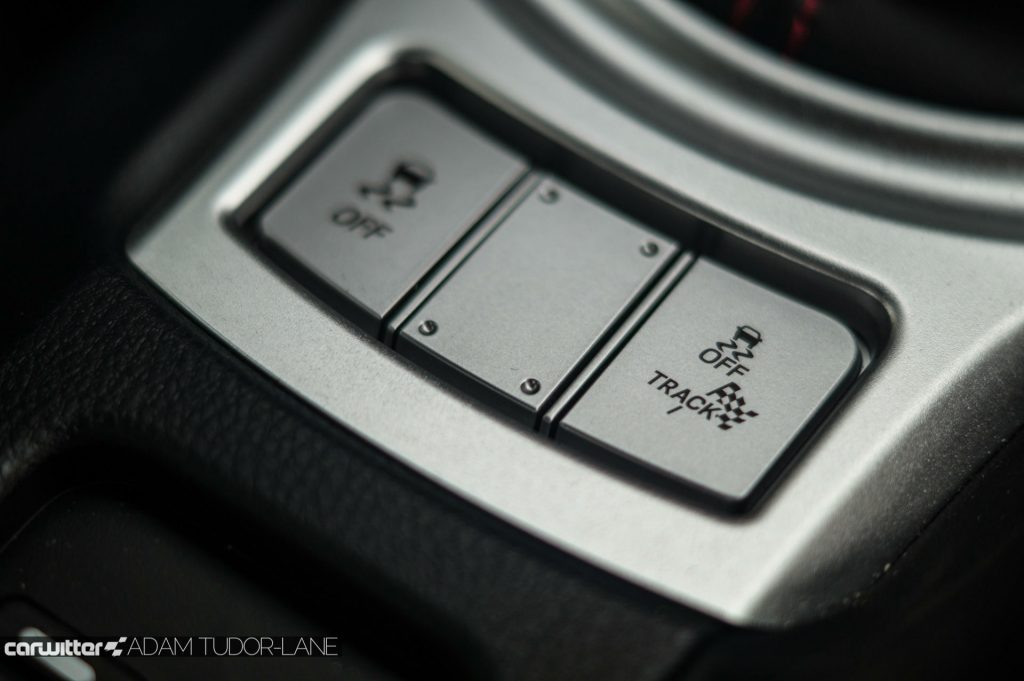 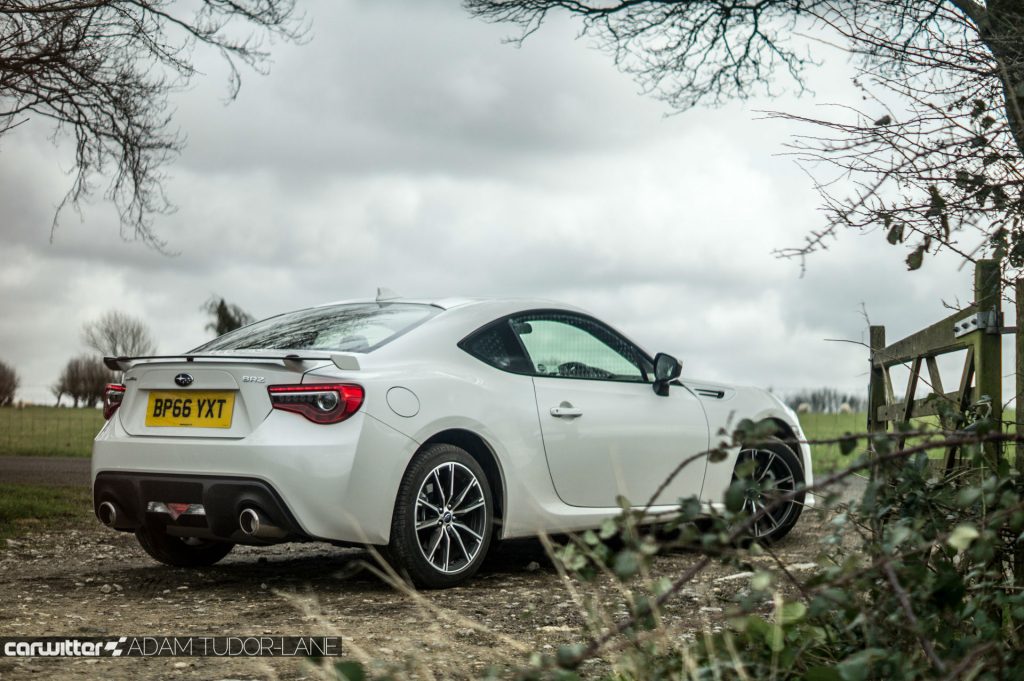 You now also get a Track DSC mode, this allows you to have ‘fun’ but the system will bring you back into line safely…rather than just cutting all the power and scaring the hell out of you as it used to do in the previous model. 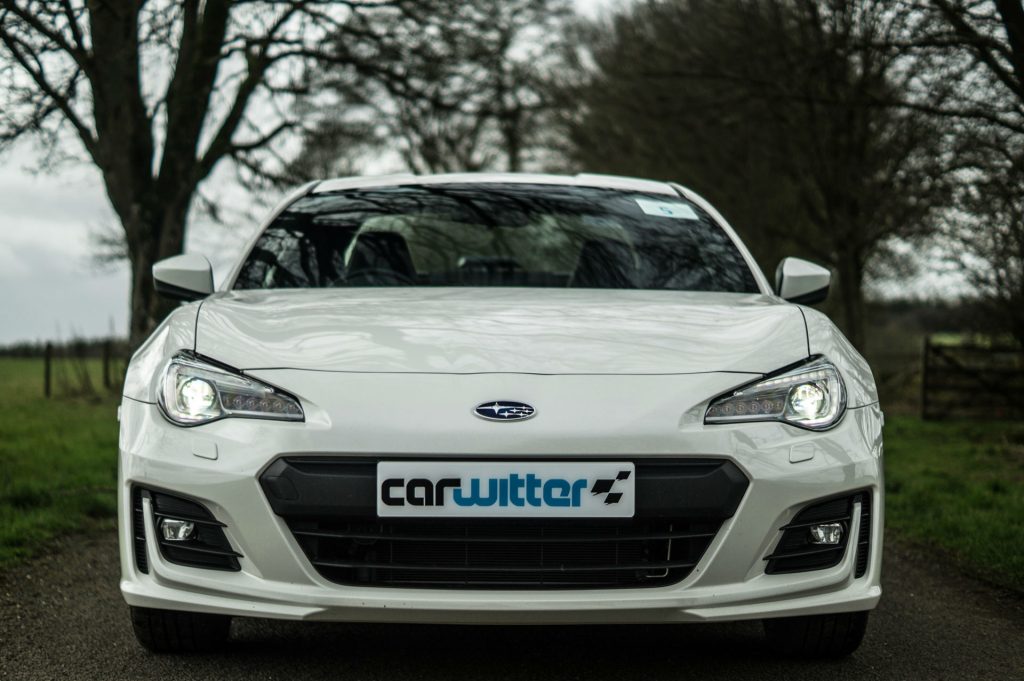 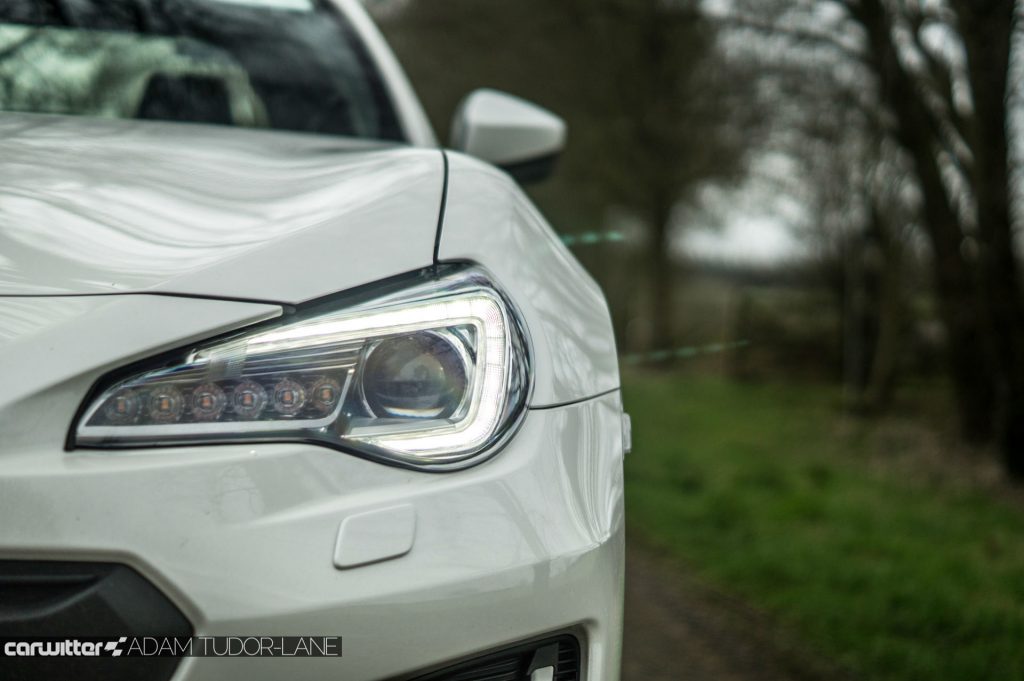 Another spec to not make it to the UK is the Series Yellow. This features the US ‘Performance Pack’ as standard. Including Brembo brakes and 17 inch gloss black alloys, retuned Sachs dampers.

Obviously the bright yellow paint accounts for the name, along with black external badging and mirrors. Whilst the inside sees a retrim to the sports seats, contrasting stitching throughout and yellow door handle inserts.

Fingers crossed we get something similar in the next year or so. 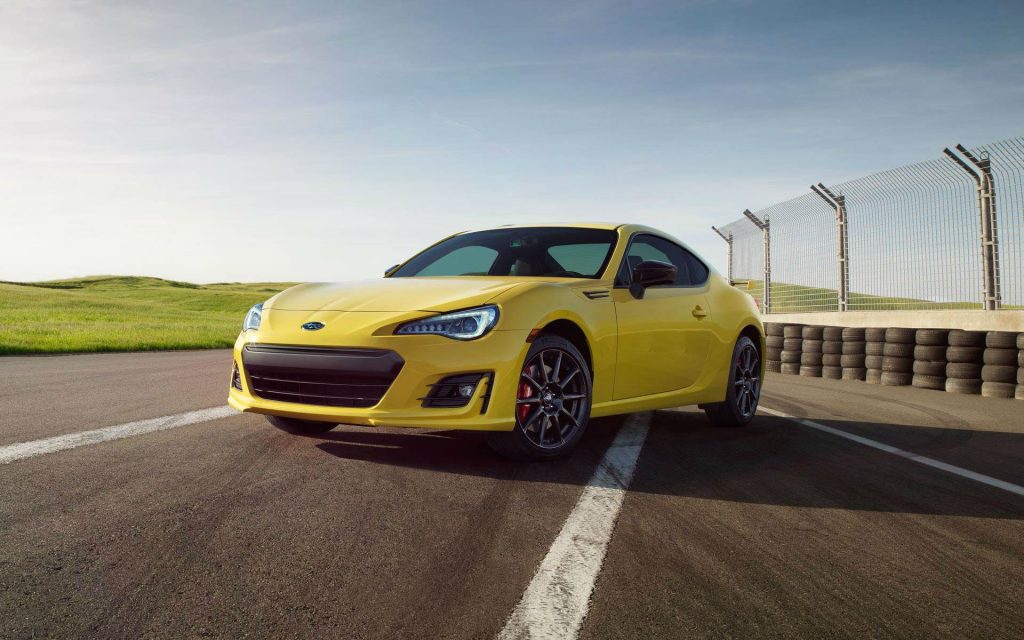 Sadly, there’s no full interior refresh. Argos still have their 80’s alarm clock in the top left of the dash stack.

The infotainment is plug and play from Alpine, fitted with a 90’s voice box and the new LCD screen that spans across the drivers’ dials is cut in half by a piece of plastic laid over the top…once you see that you can’t un-see it. 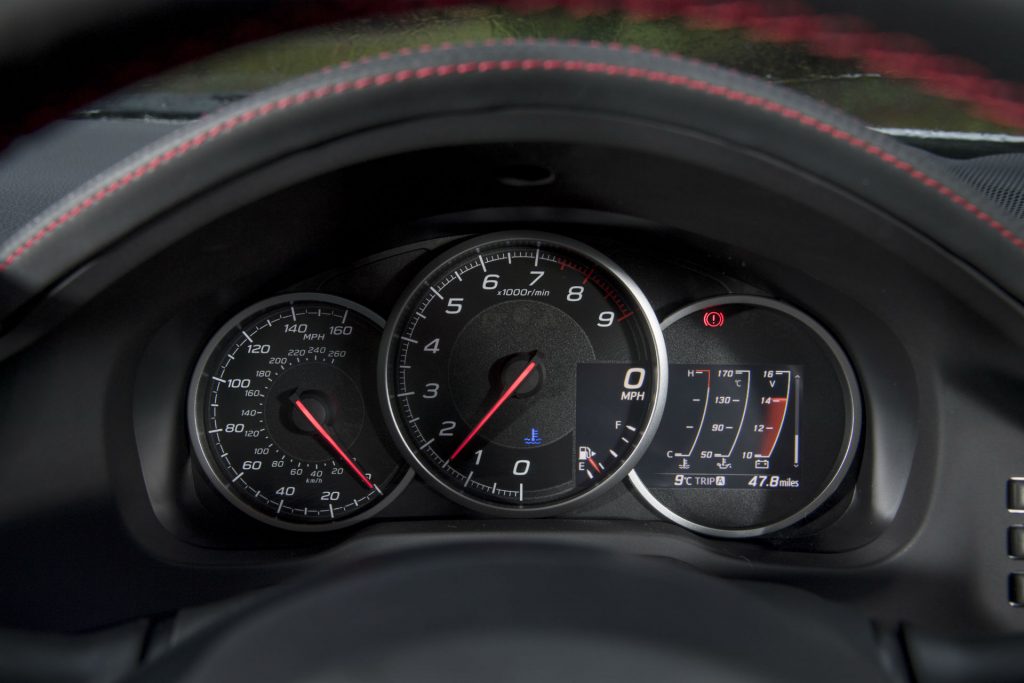 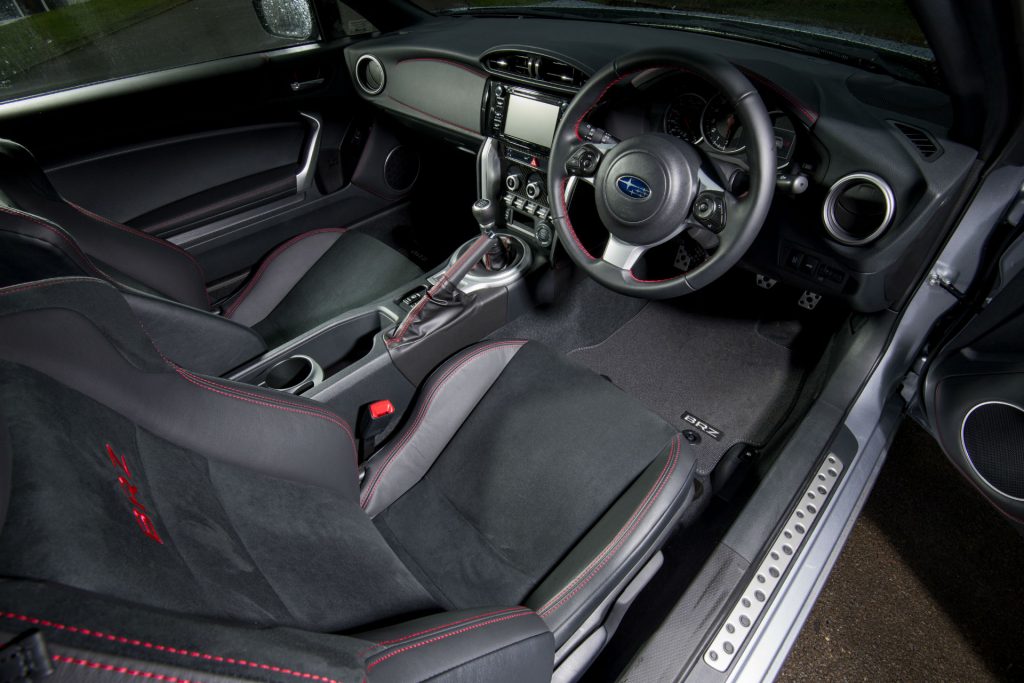 You do however get a new multifunction steering wheel which is most welcome, the spray painted silver slab in front of the passenger has been replaced with a nicely finished leather stitched panel.

If you’re sitting in the left-hand seat you’ll notice how much lower you seem to sit than the driver, even in its lowest position you still feel somewhat high up compared to the snug, low down nature of the passenger seat. 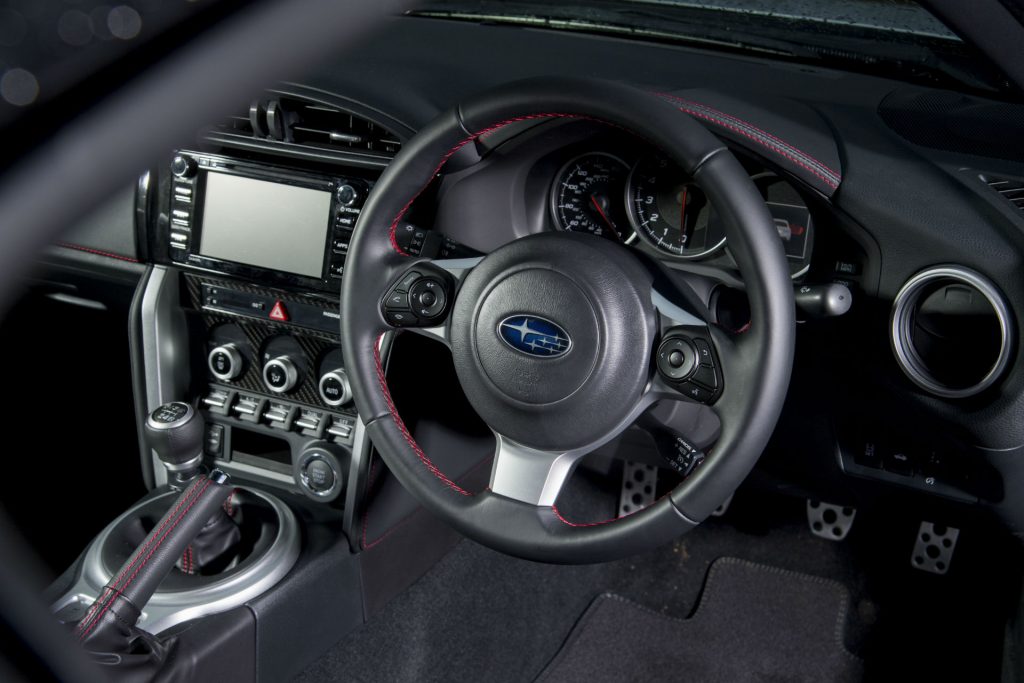 The changes may be subtle, and with no bump in power the new BRZ looks to be a hard sell for Subaru once more. But with only one trim level the extra goodies make it £1,500 cheaper than the comparative GT86. 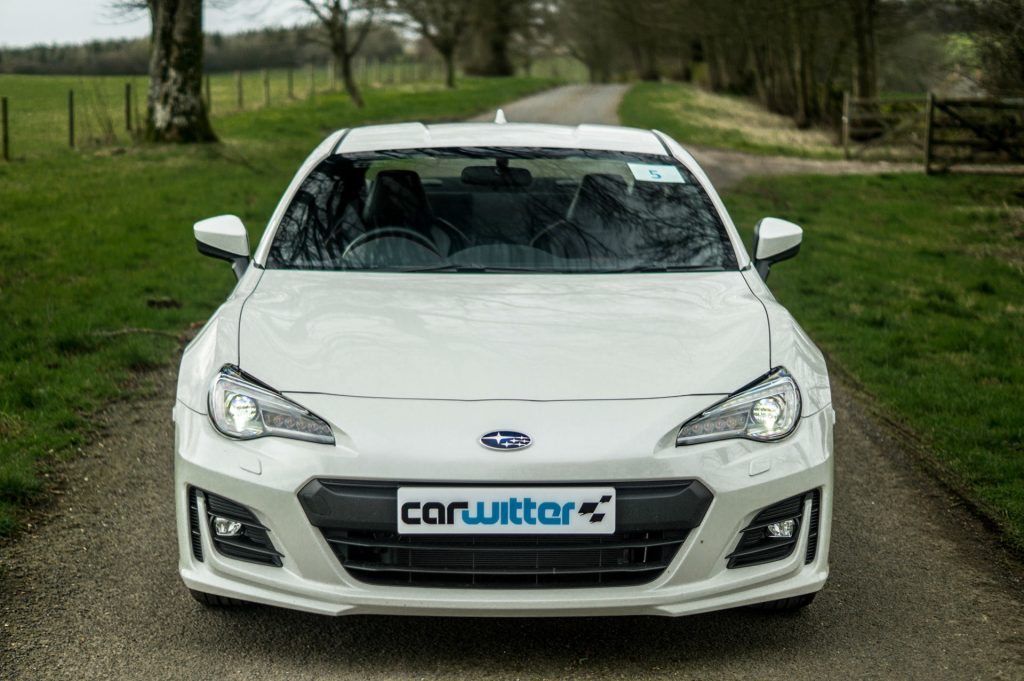 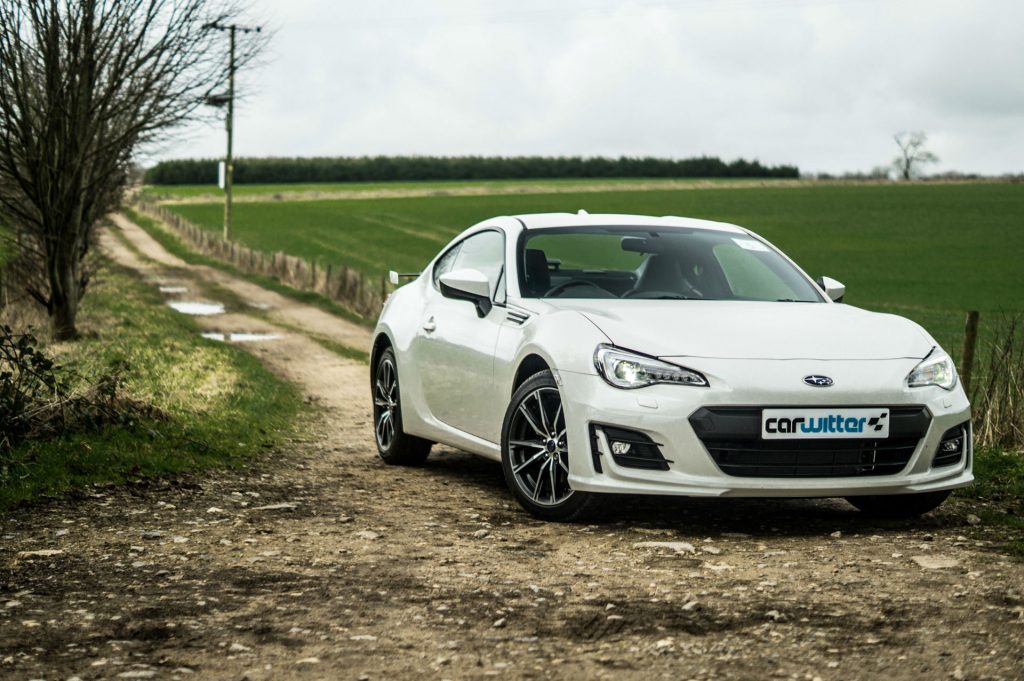