When people think of a hot C segment hatch the default thinking is Focus ST or Golf GTi. But VAG offer something more potent than a GTi, not quite as quick as an R, and less money than an S3. The SEAT Leon Cupra 280.

It has been somewhat under the radar for a while now. It sits in a rather obscure marketplace as it doesn’t have enough power, nor four wheel drive to challenge the Golf R or RS3, but it also ranks vastly higher in the pecking order than the Golf GTi.

Amongst its competition it also comes above the purist’s choice of the Megane RS 265, and the more mainstream Focus ST. So is it overpriced, or a performance bargain at £27,910?

We had to find out. 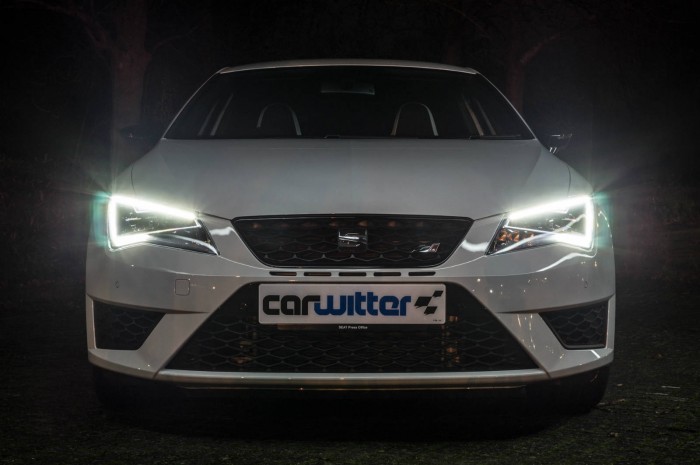 Fast SEAT’s have always been a little understated, a few deeper spoilers and skirts but that’s about it. The 280 is no different, featuring the tell tale front badge aero cut outs as Cupra’s have throughout the decades, it is matched with twin exhaust pipes at the rear and huge 19 inch arch filling alloys.

It’s nice, different. Quietly confident in its abilities but not brash and in your face… subtle yet purposeful rather than all boy racer and clip on aero. 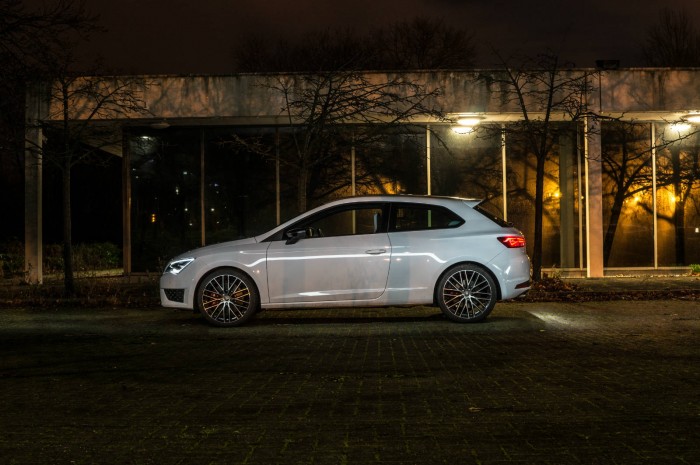 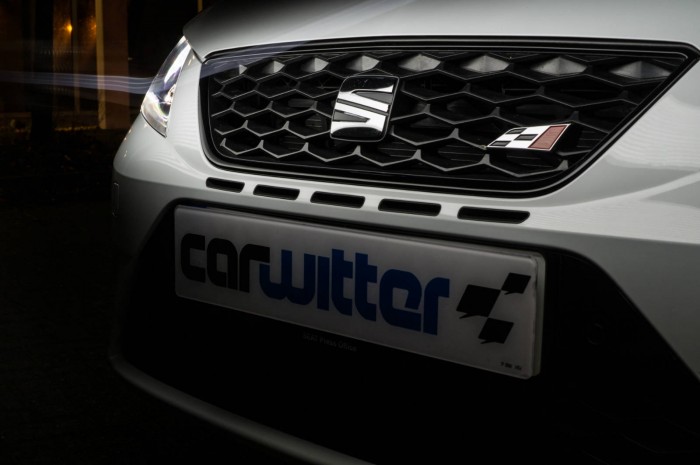 Firing up the Cupra for the first time you get a slight rumble from the rear end. Setting off and you instantly get the sensation that this thing is fast. Free revving, a sensitive throttle and a short throw gear shift.

Pinning the go pedal and all those tells prove right. This thing is rapid. 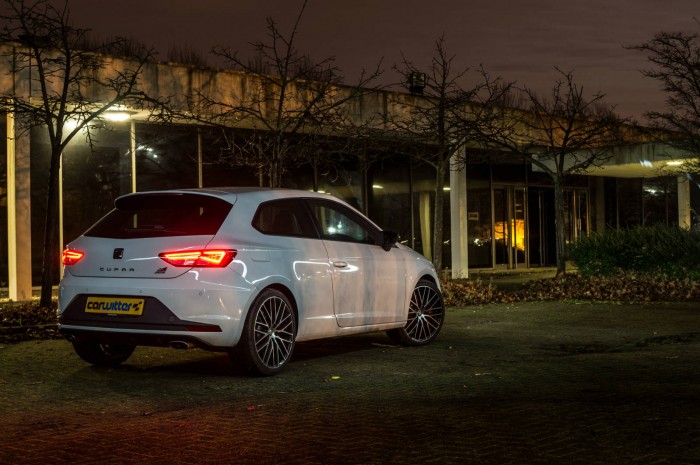 But the amazing thing about the Cupra is…it just feels so damn light. This is a fairly big C segment hatch, albeit a three door. It just handles like a much smaller car.

It has zero weight transfer, a completely flat turn in makes it feel nimble and darty. You can weave through traffic at a scary pace, and it’s one of those cars that just pushes you on.

There’s an overtake…it is a little bit tight but you know you can make it with this, so you do it. It’s like a game of one-upmanship, between you and the car. It tells you it’s possible, you just have to commit and make the move.

The front diff enables some scary cornering speeds too. It is electrically controllable so as you switch modes from Comfort to Cupra it makes it a lot more aggressive. But it isn’t a fighter.

You wont be grappling with the wheel as it tugs you all over the road as in the Civic Type-R, it just gets on with it and pulls you into the horizon. 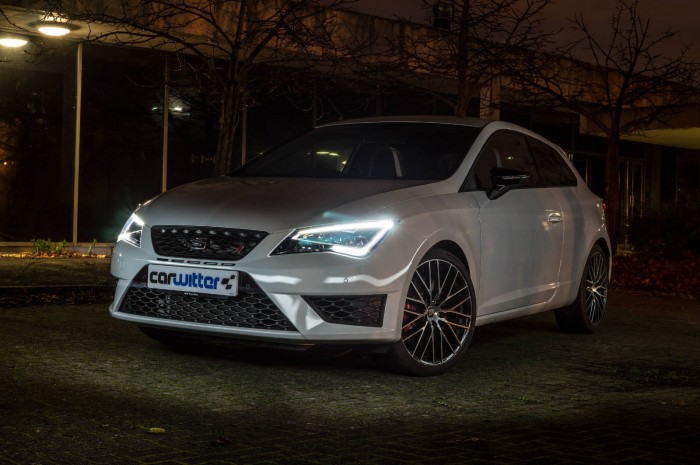 Those super huge 340mm front brakes give it some great anchors too. Enabling you to be even more daring because if things go south you know you’ll stop.

With a two stage traction control you can to set it to Cupra mode or fully off. When disengaged totally you can really play about with the dynamics of this beefy SEAT.

Take a roundabout too quick and the front will keep on gripping thanks to the front diff, but the rear starts to come round, eventually the car will completely start to slide, but steer into it and lift of the accelerator and everything comes back into line.

No drama’s, no being caught out by weight shifting around the car, it’s just totally manageable. And feels a heck of a lot smaller than it is. 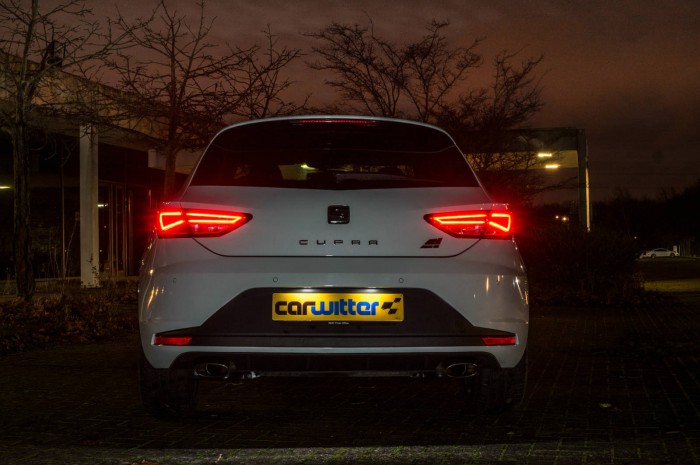 In fact, it is the most perfectly balanced hot hatch we have currently had the pleasure of driving. There were murmurings of how good it was on the Civic Type-R launch, and this sowed the seed for getting behind the wheel of one.

Yes the Type-R is good, it feels balanced, but it still has weight that does eventually shift itself about when pushed. It also feels like a bit of a maniac. As though it really has to be worked to get the best from it.

The Cupra is totally different. It’s so much more usable when you compare the two, it may not have the power of the Civic but it really doesn’t need it.

It’s amazing what they can do with front wheel drive cars these days. 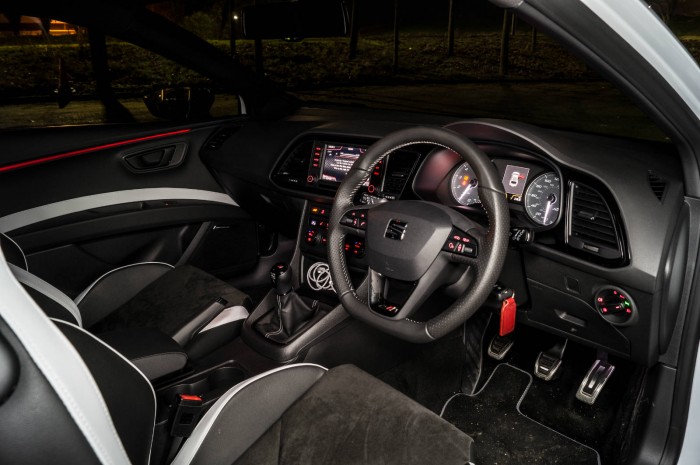 SEAT interior’s used to be a little naff on the inside, but since the VW Audi Group takeover quality has jumped up rather a lot.

The Leon is no different, quality plastics are to be found along the upper half of the dash, things get a little scratchier and rougher around the lower door pockets but overall it’s a decent place to be.

However, I can’t help but think that dashboard layout will look a little dated in 5 or 6 years. 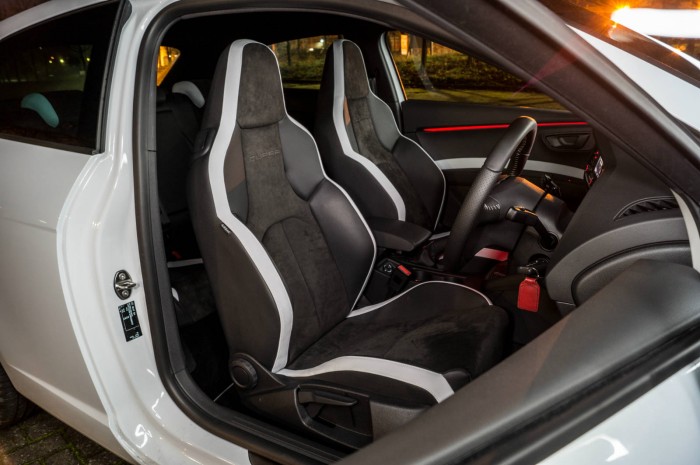 Those bucket seats are simply divine. Leather sides, white panels and Alcantara middles. This is what sporty seats are all about. Hugging but not over firm they give you a great feel for the car and hold you in when needed. Competitors take note. 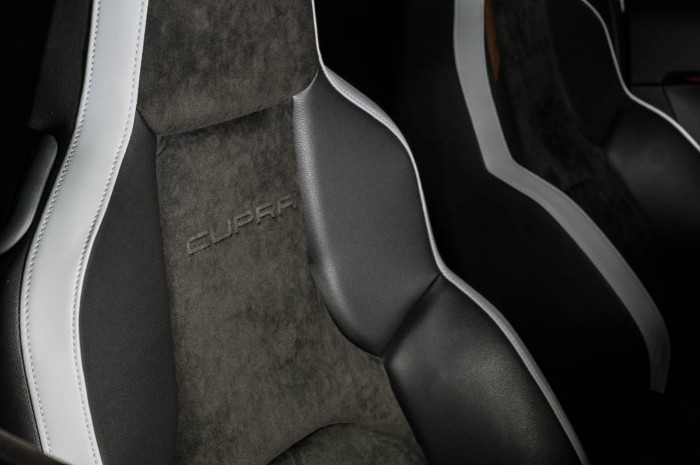 If you are thinking of buying any of the below:

As i’m sure the majority of buyers will have a change of heart and go with this awkwardly placed Spanish beast. 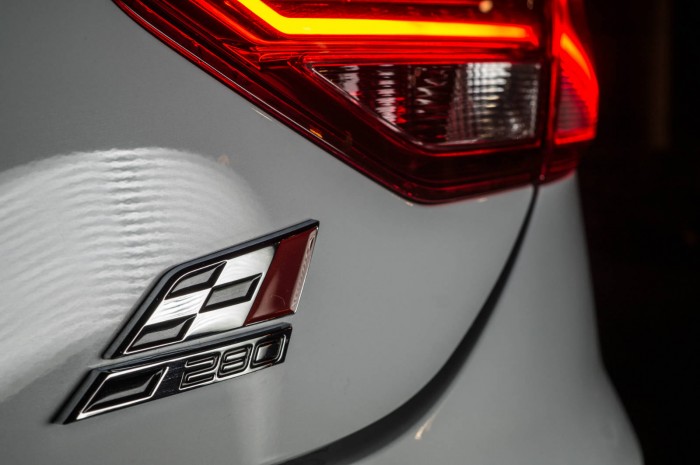 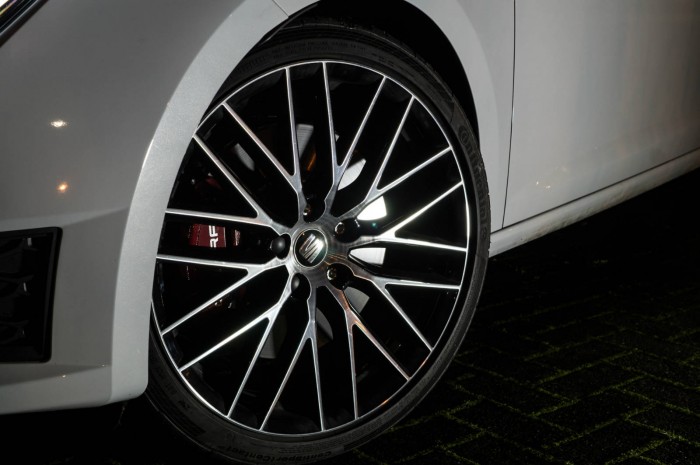 We catch up with Rob Austin at Autosport 2016