Gone is the sleek coupe, so we’re stuck/left with this.

The specs are as follows: 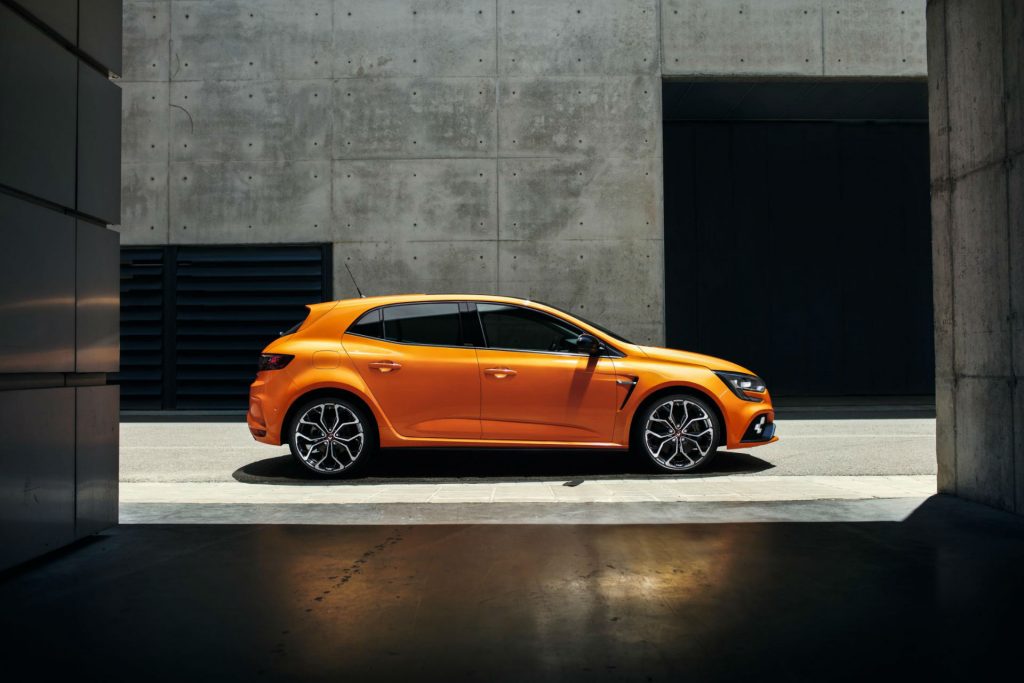 But…there will also be a Trophy version going on sale at the end of 2018. It will have 300hp and 400Nm of torque. No word yet on chassis tweaks, or sporty seats.

It seems kind of counter intuitive to say you’re going to release the Trophy version at the same time you’re releasing the normal R.S. At least leave it a few years?

Hopefully this doesn’t sour the Trophy brand as it did with the Clio. But by god is the Clio awful. Renault need to hit a home run with the Meg.

There are a few saving graces in terms of the design…if you forget about the four doors for a second.
Up front you see the fog lights arranged in the RenaulSport flag design, the lights cut down into the bumper (like on the normal Meg) which looks rather mean. And they’re still banging on about the ‘F1 inspired’ front blade.

There’s some beefy cut outs behind the front arches to allow hot air to escape, and the back sees a similar set of cut outs…possibly not functional. But what is functional is a rear diffuser. Helping to negate lift at high speed. As stated above there is a manual option. The EDC used in the Clio is an abomination, maybe that’s been rectified for the Megane but even in the Clio Trophy it still wasn’t great.

The brand new 1.8 litre turbo engine will be interesting, especially when all the other players are running two litre lumps. It needs to be free revving and lively to gain any admiration amongst Hot Hatch aficionados.

You only gt a Tosen diff with the Cup chassis, that’s also been tweaked along with the trick independent steering axis front suspension that made the old Meg a hoot.

I really hope this Megane is the best ever. But it has a hell of a job to do to beat the last gen, and judging by the cock up that was the Clio R.S they’ve had a lot of work to do.