When you think of Porsche you probably don’t think all-wheel drive. Watch this.

We spent a day at the Porsche Experience Centre to see what an all-wheel drive 911 can do.

Taking to the ice hill – a low friction surface covered in water, that mimics you guessed it, ice.
Starting out in the rear wheel drive Carrera I tiptoed onto the hill, anything more than 20 MPH and you can feel the rear wheels starting to struggle for grip.

Traction control did it’s best to keep slip to a minimum, but any violent throttle actions induced a slide. Which was encouraged.

With all the electronic safety net off the rear wheel drive 911 was a different beast entirely. You really get the ballerina sensation as you turn, just a touch more speed and it spins.
As you can see below…it’s in 360 too, so have a good look around.

Jumping into the 4S I felt the weight up front straight away. It’s not heavy, but it just feels far more settled and planted.
Taking it onto the ice the most noticeable difference was the understeer. It’s so much more apparent now the front wheels have some power going through them.

The way the all wheel drive works means there’s always that rear bias that Porsche’s are known for. When slip occurs it will then push some horses up front.

Without being a hooligan on the throttle you can turn without issue. The front cutting through the water and helping to pull the porker up the treacherous hill.

Having a play about I then headed onto the short circuit to see how the 4S compares to the rear wheel drive.

Confidence was the main difference. With those front wheels having proper traction you can get on the power mid corner. The dank conditions on the day meant being rather ginger on the throttle in the Carrera. Even though you’ve got that electronic angel on your shoulder, you never want to get to that point…especially when there’s no run off and you’re in an £80k car that isn’t yours.

The weight made no noticeable difference on turn in, it was still just as crisp with maybe a touch more feel than the rear wheel drive Carerra.

Drives over I headed inside, where the star of the show sat in it’s still dirty state. It’s a testament to the extremes in which you can actually drive a £150k Porsche 911…not that any owner would, it’s nice to know you could right? 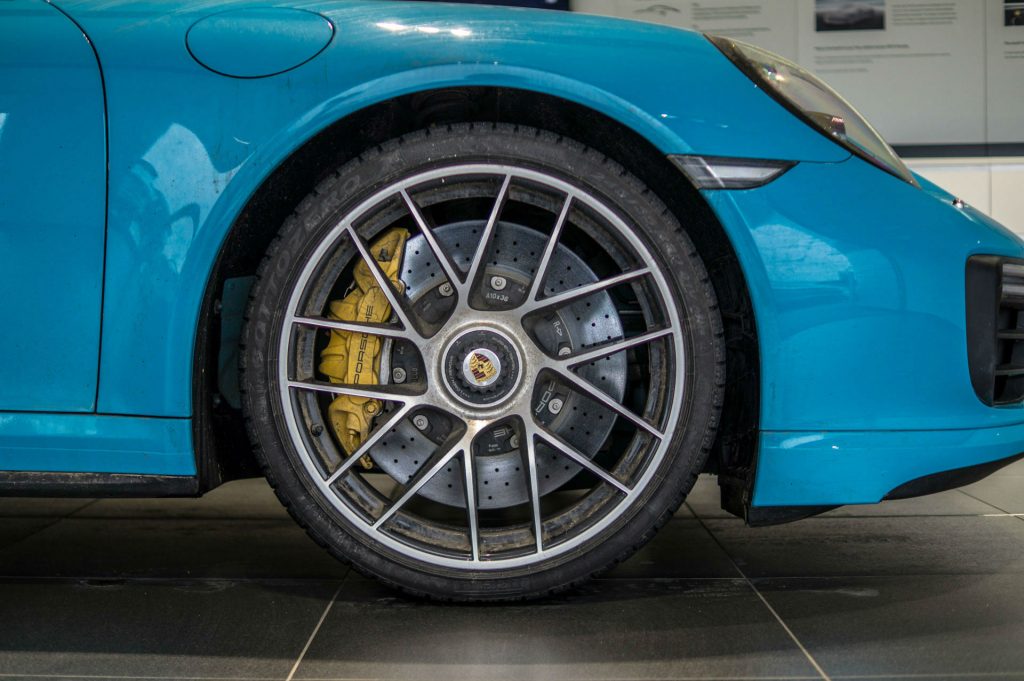 Investing in a 4×4 Van – Do You Need One and Which Model Is Best?
Car tyres online shop Buycarparts.co.uk