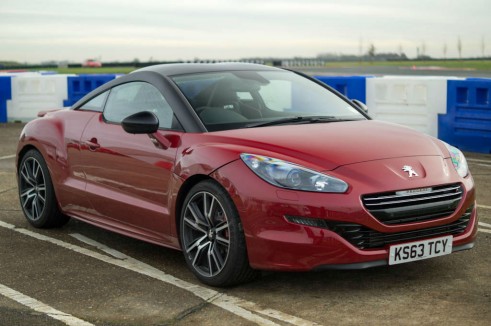 Peugeot’s RCZ is stunning to look at, almost a body double of the original 2007 concept it outclasses any other coupe – 10,000 have been sold in the UK alone.

But its always been more show than go, whilst the THP 156 is fairly nippy, you just feel it needs a bit more oomph.

Well now that oomph is here. Peugeot teamed up with Peugeot Sport and jointly developed the RCZ R. A 270 BHP, 330 Nm monster has been born. 0-60 is 5.9 seconds and all that performance is being wrung out of a 1.6 litre turbo charged engine. 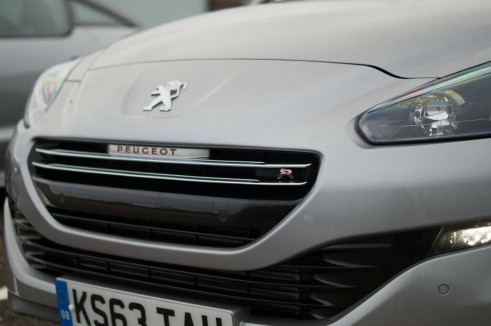 So what exterior changes have been made to the RCZ R?

Well the first thing you notice is the subtle red lettering on the Peugeot emblem up front, followed by a small ‘R’ hovering in the grille.

Moving down the sides and you spot a set of huge 19” black and silver 20 spoke alloys – again bearing the R moniker. 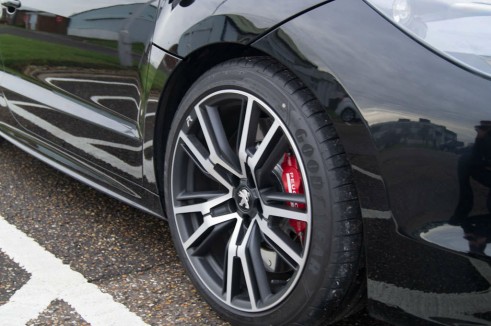 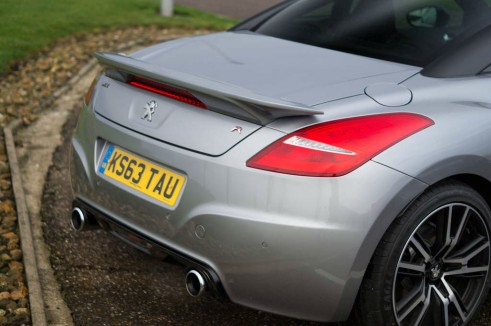 Matte black roof arches are a standard feature, along with a rather oversized fixed spoiler, this actually increases downforce by 15KG or 33.7 lbft at higher speeds.

Below the mini whale tale sits a gloss black diffuser, and some rather smart dual exhaust pipes.

The changes are very subtle, and most average Joes would be hard pushed telling it apart from any other RCZ.

But it certainly looks more purposeful! 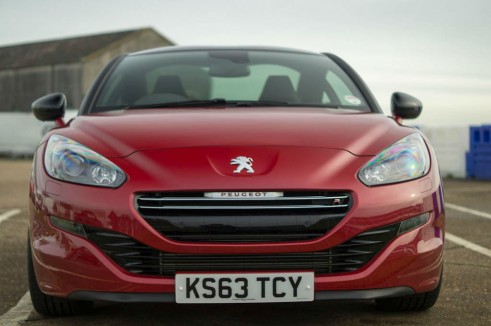 As soon as you feather the throttle you can feel this RCZ is worlds apart from its other THP brethren.

It’s more sensitive for a start, and you are greeted with a nice burble as the revs drop below 2,000.

Accelerate hard and you are pulled into the horizon with effortless pace. When the going gets tricky in wet or damp conditions you can feel the new Torsen differential transferring all those 270 horses to track down the grip – before continuing onward at breakneck speed. There’s very little, if any torque steer to be found.

The R makes the THP 156 seem dim witted and lumbering by comparison! 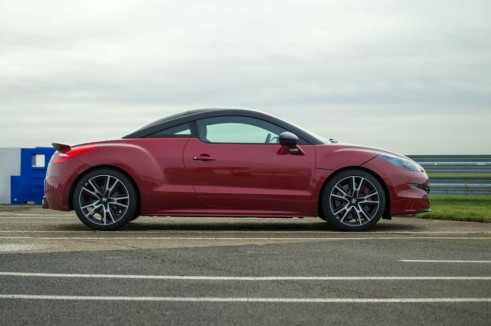 The chassis setup has been reworked by Peugeot Sport, the track, toe-in and camber have all been tuned. Suspension has also been fettled with, the rear alone is 44% stiffer than the 200 THP.

And you can really feel the difference, along everyday roads you notice the firmer setup – however it doesn’t feel crashy, and would be perfectly acceptable as a daily driver.

Speed bumps make the stiffer rear most apparent, it feels as though the springs are made of concrete. 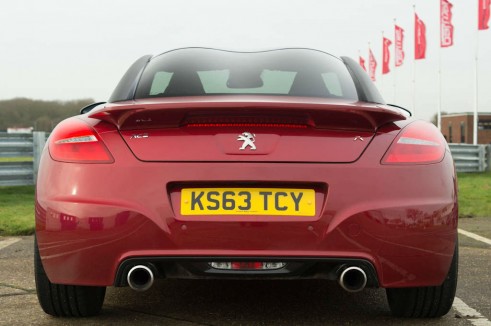 On track is where all those subtle changes combine.

Turn in is sharp, acceleration out of corners blistering and grip is phenomenal.

The huge 380mm Alcon brakes do a superb job giving real bite and a great feel lap after lap, after our time on track they were pinging and popping for a good 20 minutes.

To eek all that power out of what is basically the THP 200 engine Peugeot have reinforced the cylinder block, changed the con rods and covered the bearings in a polymer coating that can withstand higher cylinder pressure – a world first on a road car!

The forged pistons are made from the same material that F1 teams use. In fact the EP6CDTR engine produces a huge 170 BHP per litre. 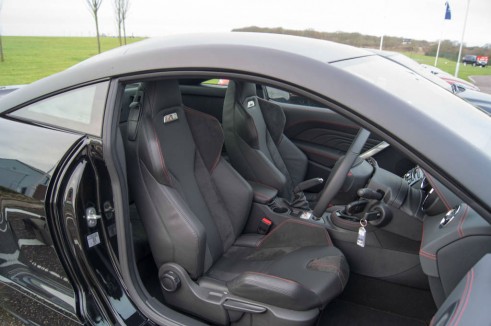 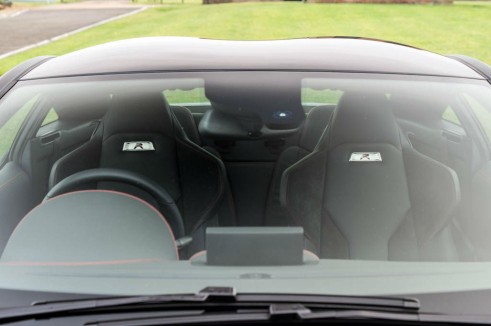 Inside the RCZ R you find new part leather, part Alcantara seats. Angular wings stick out from all angles, making them look more at home in a Lambo than a Peugeot!

They are supremely comfortable and hugging, even when pushing hard on track they keep you locked in place. 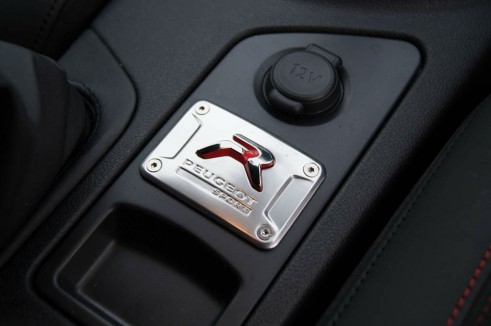 You will find three more ‘R’ badges once inside, one on the kick plate, one in the backrest and another on a plaque just behind the gear lever. 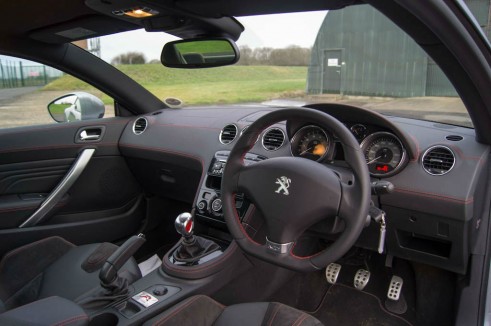 Apart from some red stitching on the dash and a gear knob from the 208 GTi there isn’t anything ‘special’ that sets this interior apart from any other RCZ…we would have liked to see an Alcantara head lining, dashboard and steering wheel along with some carbon trim around the touch points. 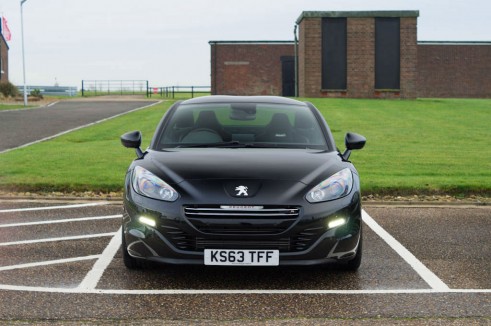 Yes it will cost you more in tax, but ultimately it’s a hell of a lot more car for your money.

Its main competition will be the Audi TTS, in that respect its £4k cheaper, has nearly the same BHP and Torque but a slower 0-60. This could be the market Peugeot are gunning for.

The RCZ R will appeal to the real hardcore Peugeot nuts out there. It’s a great car for buyers wanting a fast daily driver and an occasional track toy.

Peugeot already have orders for 200, so there is definitely a market for the R even at this price point! 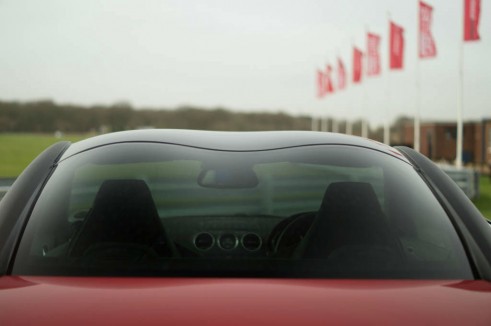 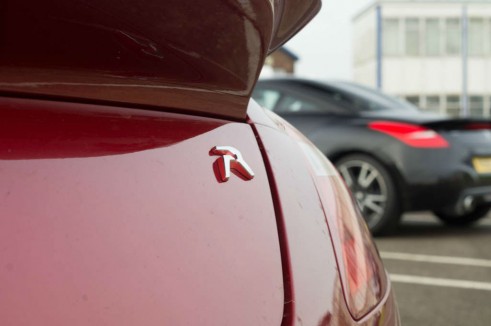 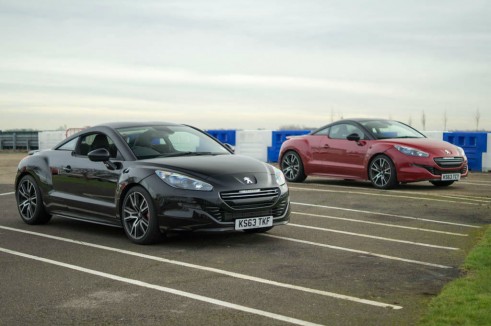 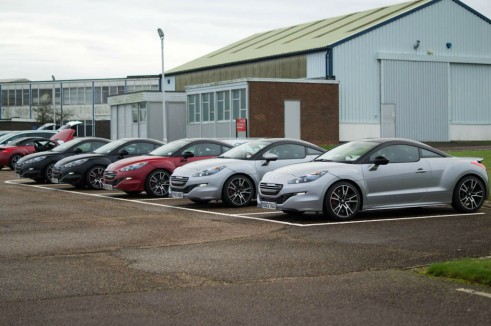