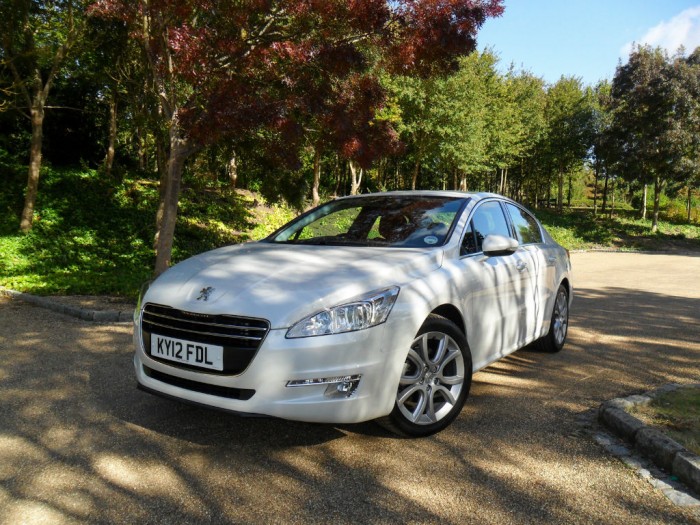 The Peugeot 508 has been around for about a year, but does it still hold its own; especially against the upcoming 2013 Mondeo. 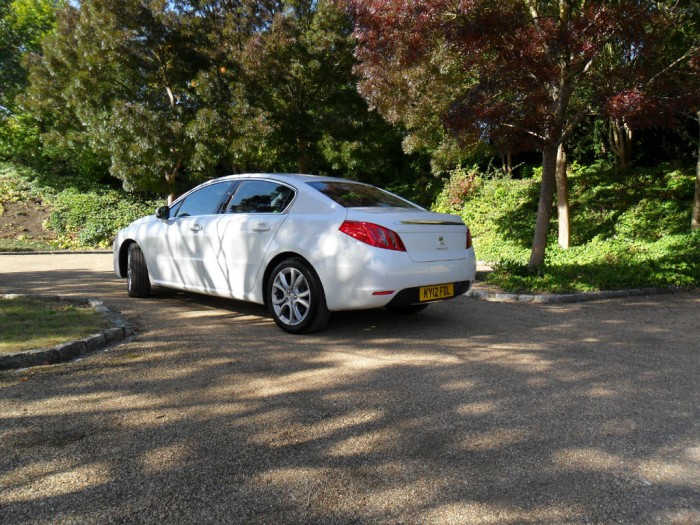 Firstly, I want to mention how different the car looks, compared to an Insignia, a Mondeo or even a 3 Series.

It looks vastly different….in a good way. Personally, I think it looks stunning, it has some sort of French panache and flair to it.

From the floating grille, to the raised bonnet and the pinned in waistline that runs the length of the vehicle, the car oozes sexy design. 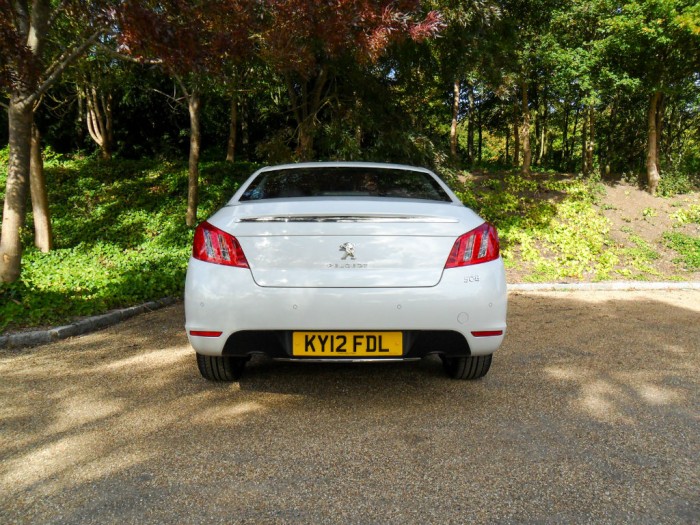 Peugeot have made the car very uncluttered externally, you will not find any washer jets, window wipers or aerials.

The rear of the car is flush too, no boot lip and no handle; you can open the boot either via the key fob, inside the car or by cleverly pressing the middle of the 508 logo, which I absolutely loved. 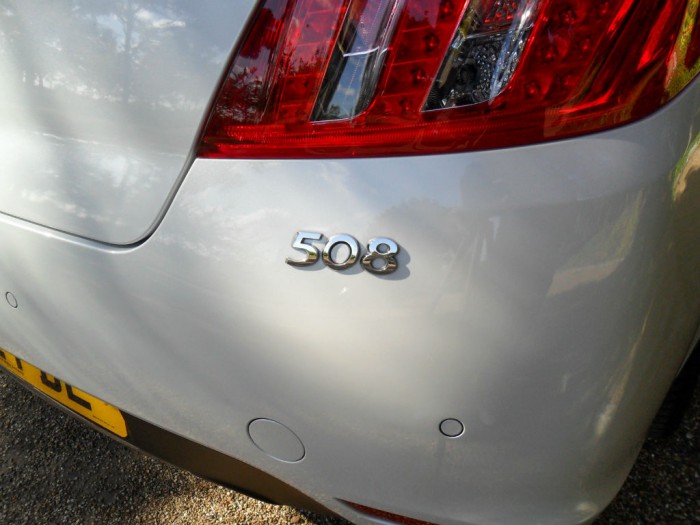 The lower section of the boot that meets with the rear bumper is plastic, which I found unusual; it must be either weight saving, or cost saving in case the rear is pranged.

To give the boot some sort of character Peugeot have added a chrome strip that runs across the boot lid, this looks fine on light coloured cars but on the dark colours I think it looks rather garish and bright, an option for dark chrome would go down well.
The rear LED stoplights are raised in three areas; it is a nice feature and is made to look like lions claws.

At night the claws light up, and give the rear a unique luminous signature. 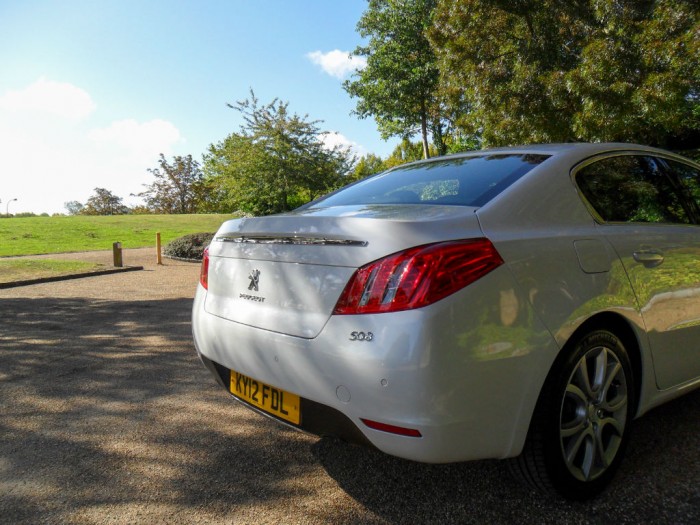 Onto the drive, the model we tested was the middle of the range 2 litre diesel with 163BHP.

It was ample, not once did it struggle. The torque is great, and acceleration through third, fourth, and fifth is effortless.

Sixth gear is only really for cruising, if you are in sixth on the motorway and want to overtake its best to kick down to fifth or even fourth.

Road noise was minimal, thanks to Peugeots acoustic and vibration damping in the 508, as was the same with wind noise on the motorway.

Handling was excellent, you can turn into all manner of corners with the confidence you will make it out the other side.

The grip is amazing I was very surprised, it seems unending, turn the car into a corner, put some power down, it just grips and pulls you through.

Body roll is also minimal when turning into corners or on roundabouts, the only time when body roll becomes apparent is when you change direction sharply, then the full weight of the car can be felt.

The ride was great, soaking up lumps and bumps without a problem, neither too soft nor too hard.

You won’t feel any engine vibration due to the 508’s “hydro-elastic” suspension mounts.

The hydro-electric steering weights up under different conditions, but occasionally it seemed to lag a little and took a while to un weight after manoeuvres.

When braking the car was a little nose heavy, but I am yet to drive a diesel saloon that doesn’t nose dive in this way! 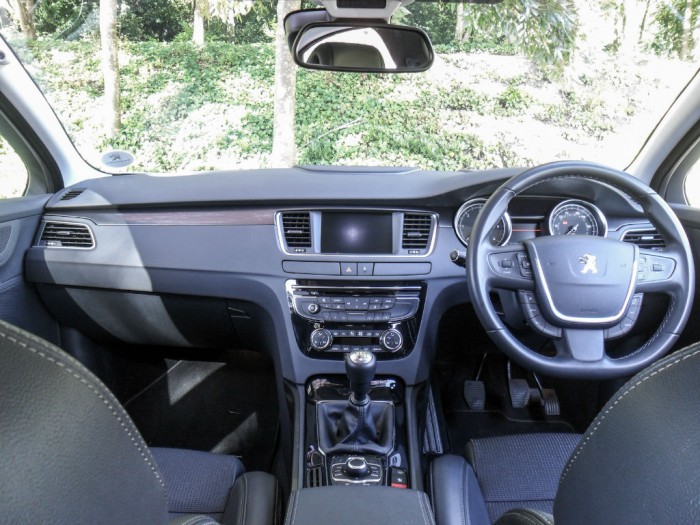 Inside the 508 the build quality is superb, you really feel like this is an up market car.

The Allure spec has keyless entry; simply have your key in your pocket, walk up to the car and pull the handle, sit inside and press the Start button, no locking or key inserting here!

It is a very nice feature, what’s even cooler is to lock the car once you are outside, you simply run your hand over the door handle. Again, very James Bond.

The dash is well laid out and very smartly designed; gloss black trims surround the gear knob and central stereo.

A jog wheel in the centre console controls options on the main Sat Nav display, from here you can control pretty much all of the cars functions.

The only thing you cannot change via this central wheel, is the head up display configuration options. 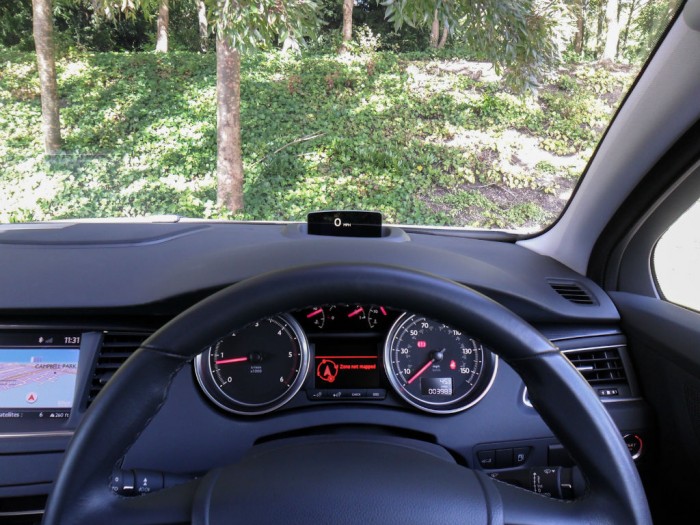 Upon starting the car a black piece of smoked plastic rises from the dash, on here your speed, Sat Nav instructions and speed limiter are shown in colour.

The system is great, it should be on all cars; I can’t remember looking at the speed dial the whole time I had the car!

Having your speed show up in your field of vision is brilliant; it makes you more aware of your speed for a start!

The only thing I disliked was adjusting the position/lightness darkness of the HUD; you have to pull down a flap to the right of the steering wheel….the flap just drops down out of the dash, no slow motion, just drops.

It hides the controls well but it’s a shame these options can’t be controlled centrally.

Also it’s horrible the way this flap drops. In a car that feels so well built this seems like a cheap afterthought.

Even if it lowered slowly, it would be better than it just falling open. 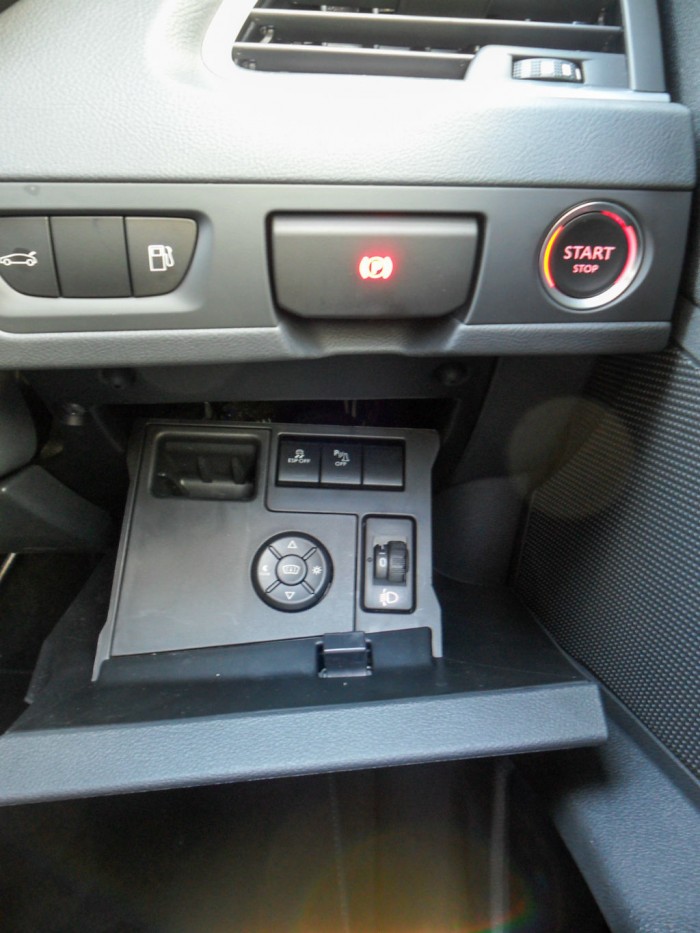 I wasn’t a big fan of the seats either, maybe if you are a well-rounded middle-aged salesman you’d get on with them better….but for me they just weren’t hugging enough. They seemed very wide and I moved about in them a bit too much when cornering. 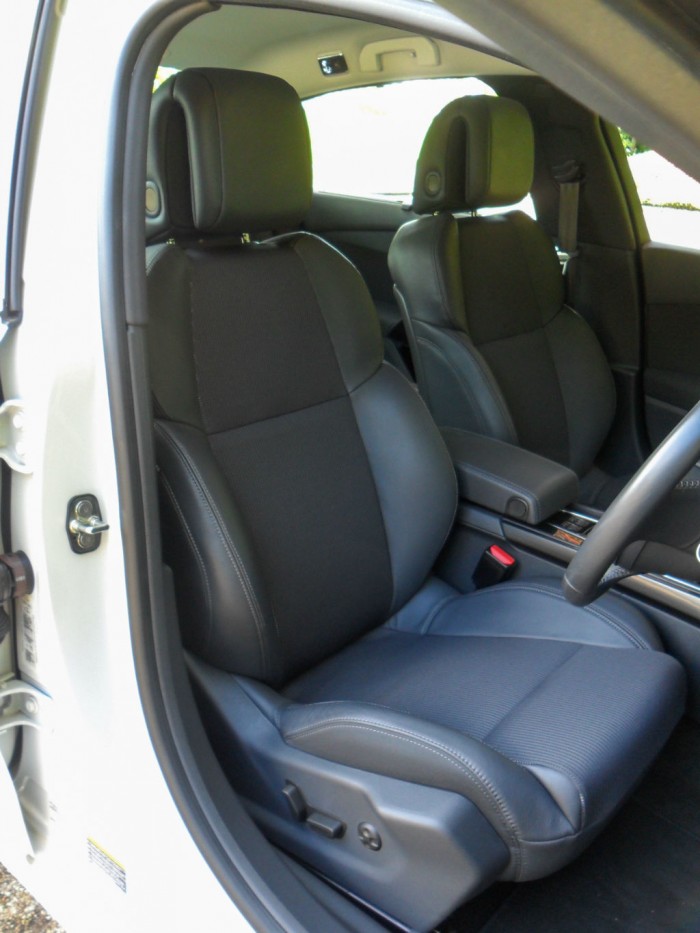 Rear legroom is brilliant, you could easily fit four basketball players in the 508 and all be comfortable. The quad-zone aircon option was also very neat, and the first time I have seen such a system. 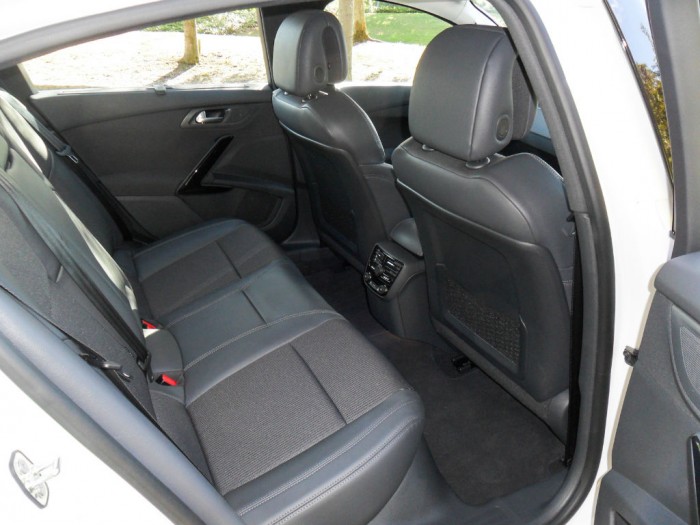 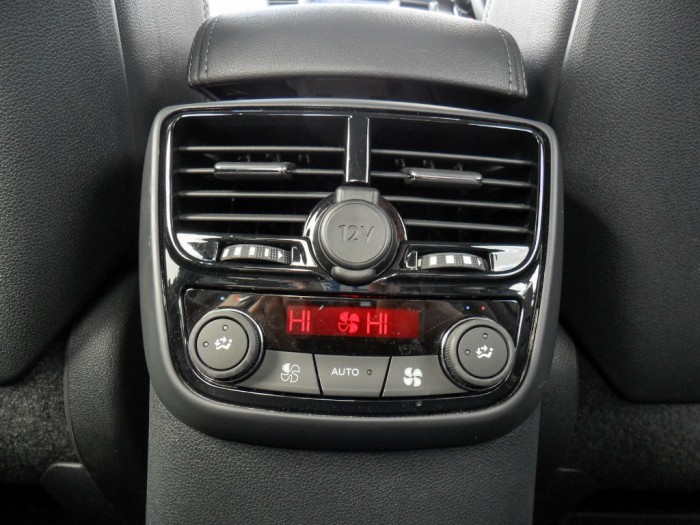 However when in the back you do notice the rather bland seat backs…..the front seats just have a long slab of plastic as a back, I can’t help but think if they had just continued the stitched leather how much better, and classier this would have been. 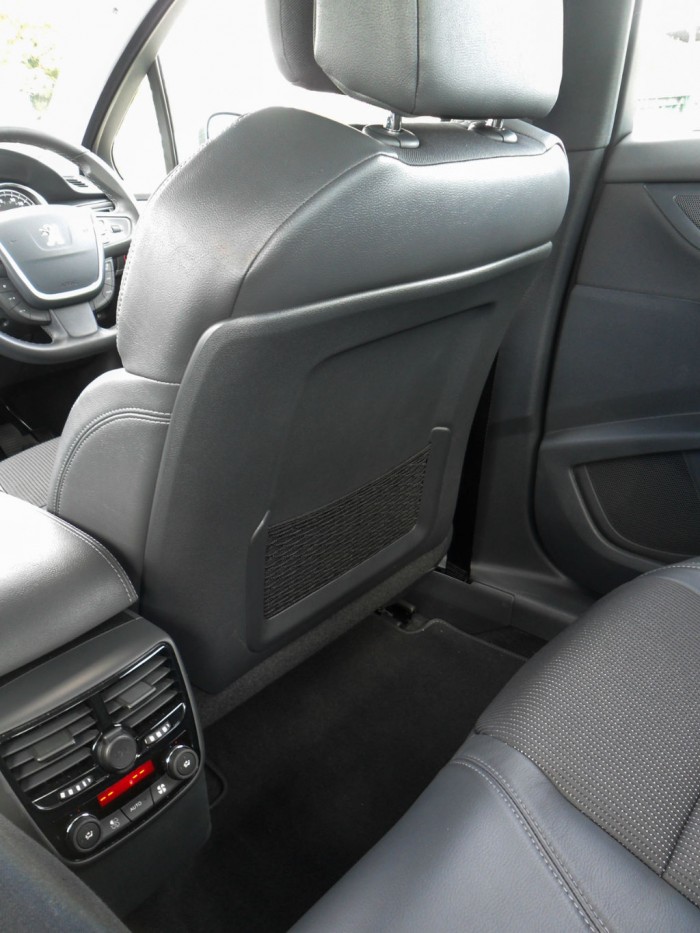 The boot is vast and would easily swallow two full size suitcases, with the seats down you will have a full flat floor and a load space of 1244 litres, perfect for trips to the local tip! 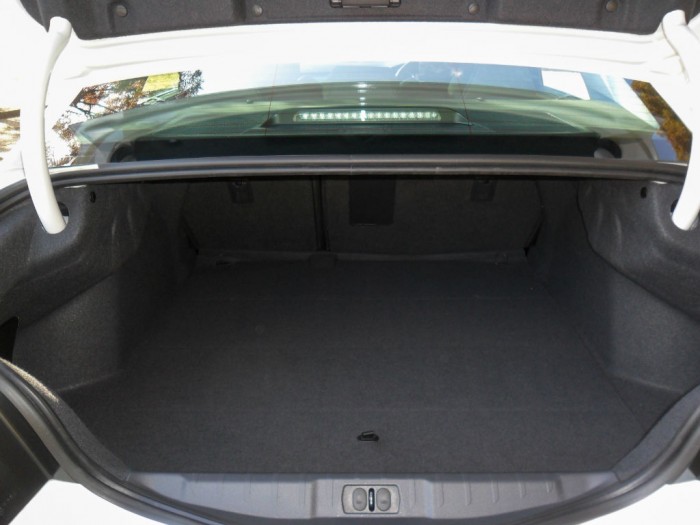 Overall, I love the 508, in Allure spec it probably stands out more than the basic Access models.

However, the external design of the 508 is so nice, I really think it will be timeless, and still look modern in 5 years’ time.

I would say the engine to go for would be the one I drove; with a 0-60 of 9.6 seconds, it’s no slouch. Any less power and you would feel left wanting.

The 163BHP felt spritely and made the car feel a lot smaller than the 4.79 metres it is.

Handling wise the 508 was very impressive too, as nice to drive on twisty B roads, as it is munching motorway miles.

However, the SR spec which is one up from the basic Access; still has a lot of nice features and starting at £20,534 for the same 2.0 Diesel it’s a lot of car and style for the money.

If your in the market for a four door saloon, the 508 would get my vote on looks alone, and surely has to be on your shortlist! 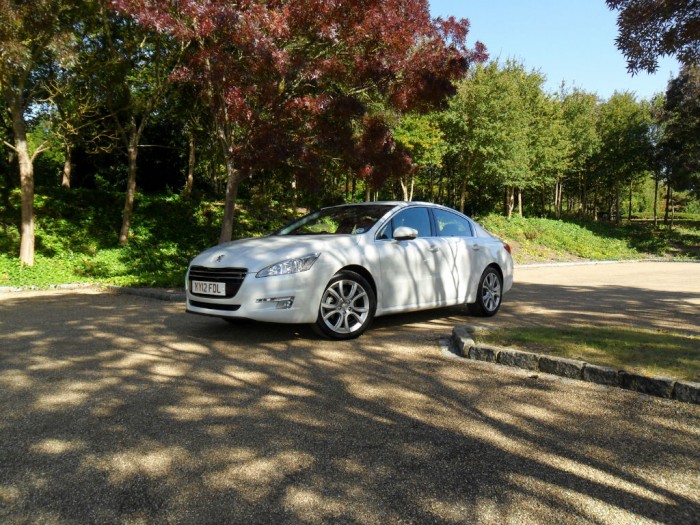 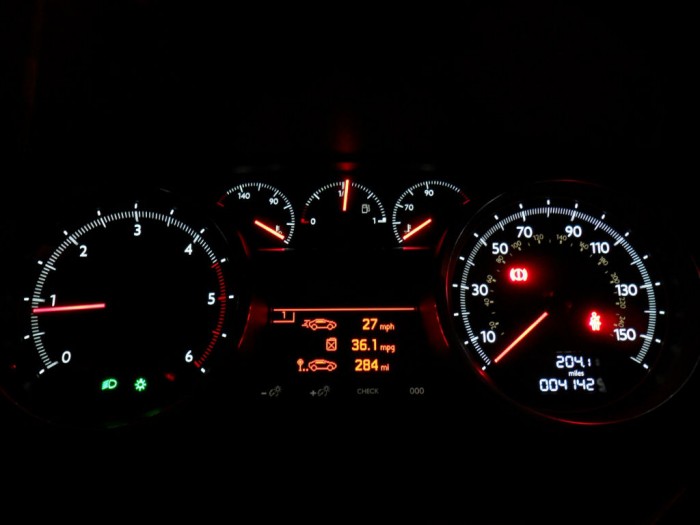 Mazda3 MPS gets some visual changes