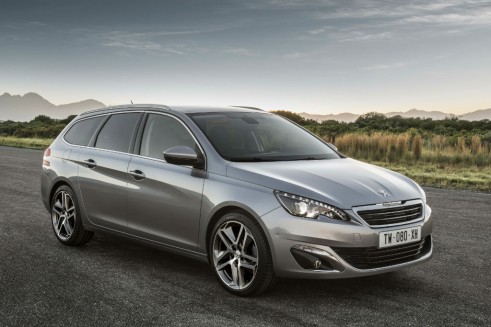 After teasing a few details Peugeot has finally posted a full release on it’s upcoming 308 estate, the SW.

The designers in France say the SW has a “stretched yet slender look” which means it’s identical to the hatchback 308, just with a bigger boot. 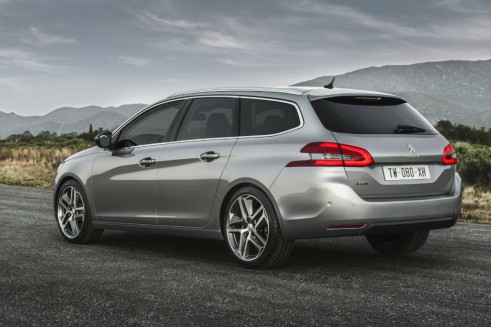 And that works, the 308 is a good looking car and stretching its rear doesn’t diminish this in our eyes. The SW is in no way boxy, with Pug doing their best to round off the estate rear creating a more smooth look.

At the back Peugeot have put the 308 on a rack and pushed the wheelbase out by 11cm, while the rear overhang is 22cm longer. This creates an impressive 660 litre boot with the seats up, and a further 70 litres can be found under the floor. With rear seats flat there is an extra 1,000 litres of space. 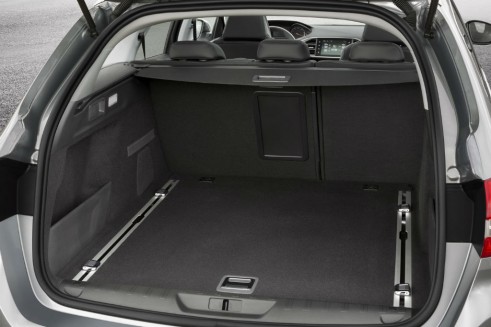 Inside it’s the same story as the 308, a smart interior based around a large screen that houses all the entertainment systems and trip computer.

Underneath Peugeot say they have saved 140kg over the outgoing model, claiming the SW is now the lightest vehicle in it’s segment, although that’s all relative. 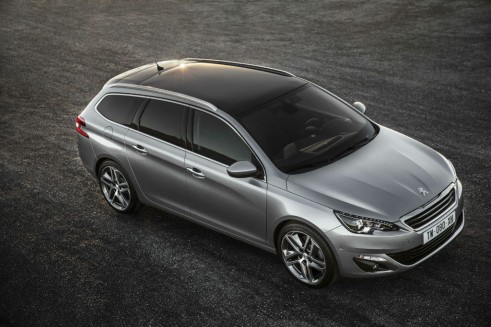 Under the bonnet the French marque debuts its new “PureTech” engines, which push emissions down to 109g/km while producing either 110 or 130 bhp.

Although Peugeot hasnt released full engine details they say the power range will go up as far as 155bhp if you buy a petrol.

For diesel buyers power ranges from 92 to 150bhp and Peugeot have revealed three 1.6 and 2.0 litre diesels available at launch.

They claim the 120bhp motor will manage a mighty 88.3mpg and emissions of 85g/gkm, meaning zero road tax.

For further efficiency savings the SW comes with specially developed, ultra-low rolling resistance Michelin tyres which will be fitted to some models, although Peugeot are yet to confirm which. 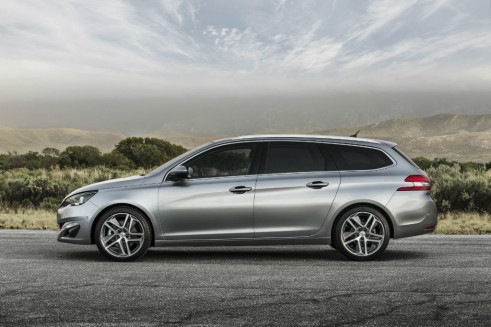 No price details have been released yet, but the SW will hit UK showrooms on June 19th. 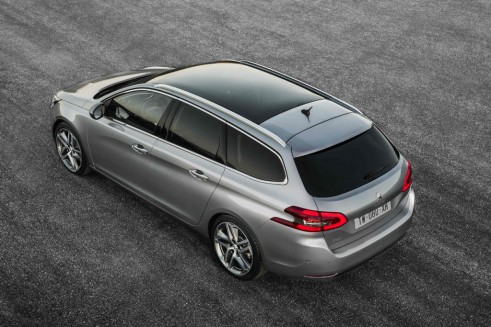