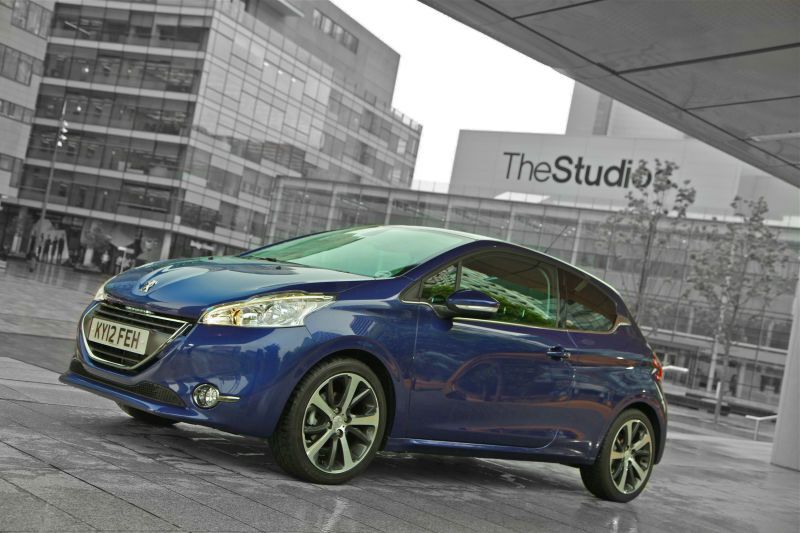 The new Peugeot 208 has a lot of competion from the small hatch market, ever more so from the “luxury small hatch” segment. So how does the 208 stack up…

The first model I drove was a 1.2 Active, with 85BHP I thought it would feel lacking, but in such a small car it felt nippy once you got the revs high enough. Around town it was easily enough power, the only time it felt wanting was on the motorway section of our route; obviously with such a small engine it did struggle a tad to get up to speed. Once it was at 70mph the ride was comfortable albeit a slight amount of wind noise which was odd as the second 208 we drove didn’t suffer from that issue.

Engine noise in the cabin was moderate under hard acceleration but it wouldn’t bother you day to day; the one thing that I wasn’t so keen on in the 1.2 was how light the car felt. I’m used to driving a 207 which has quite a bit of heft and weight to it which gives the car confidence at higher speeds, it makes it feel like a much bigger car than it is. Sadly the 1.2 208 felt like a small car, I didn’t have the same confidence as I do in my trusty 207. A light car is always a good thing, it means it’s nimble and quick; but to me it seemed to make it feel a bit cheap and airy fairy. The car just didn’t feel very planted, it was quite bouncy over the bumps and rough stuff, this all changed when we got into the second 208 of the day, but more about that later!

There were no creaks or groans in the cabin on the various surfaces we went over, headroom inside was fine even for my 6ft+ co driver. The small steering wheel adds to the fast, darty, go kart like feel and you do get used to it quickly. I found I had to have the steering wheel slightly lower than I would have ideally liked so I could fully see the dials, a minor grumble due to the dial/wheel layout being different to any other car I have driven. Once we changed over drivers I found myself in the passenger seat, looking across at the steering wheel and laughing each time as my co driver’s hands looked huge on the rather small wheel. The 208 should come with a hilarity/big hands warning sticker. 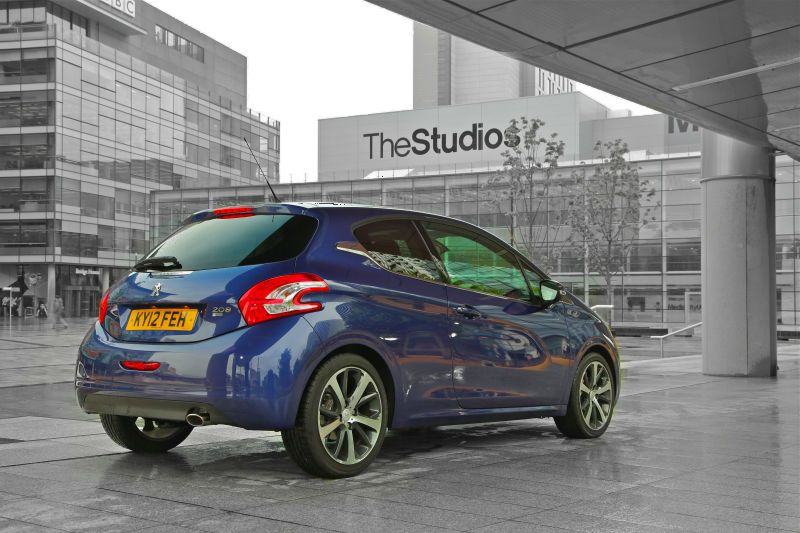 Moving on to the second car of the day, the 1.6 e-HDi Allure. Now driving this car was COMPLETELY different to how the first car felt! It had weight to it, it felt like a much bigger car; more solid and stable. With only slightly more power than the 1.2 at 92bhp it wasn’t all that noticeable, but it laboured less getting up to speed on the motorway, which was undoubteably down to the torque a diesel gives. But it felt more confident, and it gave me more confidence. The damping was miles better; it wasn’t bouncy at all and handled the potholes and bumps assertively.

The start and stop worked perfectly, putting the car in neutral and lifting off the clutch at lights cut the engine. Put the clutch down and the engine magically fires back in to life; each time it worked flawlessly!

Build quality internally is amazing, especially when you put the car next to a 207 or even if you have ever owned or been in a 206; the difference is worlds apart. I would put the 208 on par if not better build quality than the DS3. The touch screen was pretty easy to use when driving, although some of the menus are a tad distracting, so I found myself changing station and track with the steering wheel stalk; more so than using the touch screen.

In summary the 1.2 was a very good car, although it felt light and a bit floaty for my liking. It would be perfect for a city car, don’t expect to get the published MPG figures though, as you have to rev it a bit to get it going.

The 1.6 e-HDi was incomparable, it is surprising what a different engine and suspension set up can do. You will no doubt get fantastic MPG from this engine especially coupled with its start and stop technology, it gives you the confidence on the motorway and it was punchy enough when it needed to be. 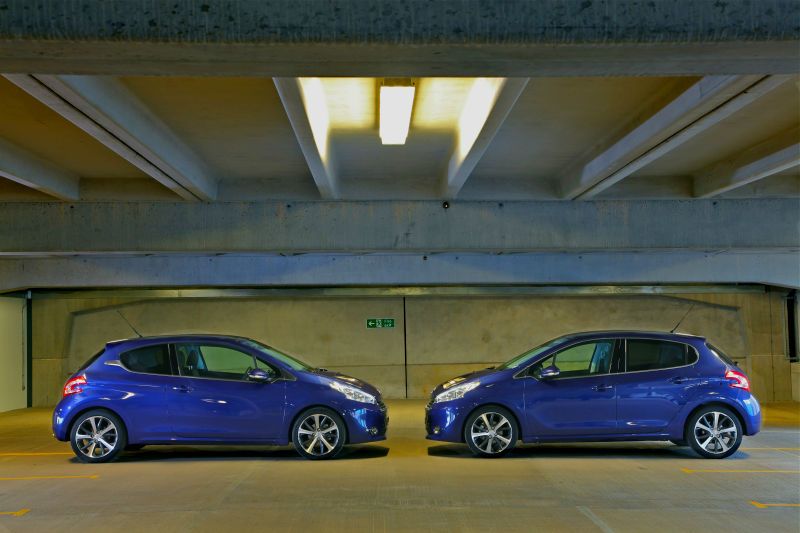