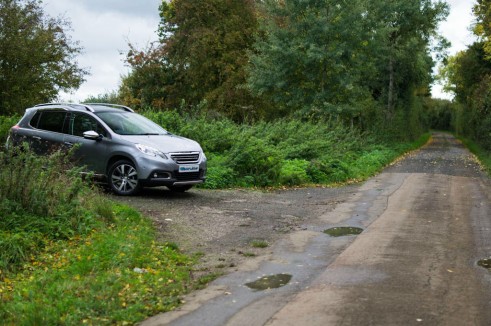 Peugeot have had great success with their 3008 crossover, now they are seeking to find a new market with its smaller 2008 model. 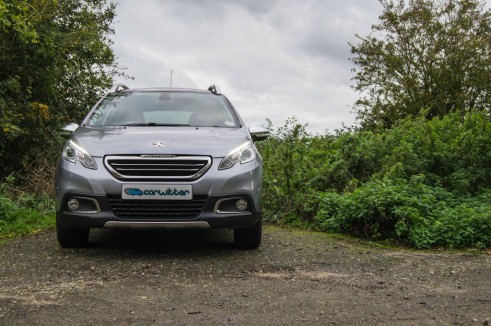 There’s no denying that the 2008 is a smart looker. A small floating front grille is underlined by a lower aluminium skid plate. Large opal shaped headlights are punctured from below as the bumper cuts upward, the bonnet houses some very subtle Qashqai style power bulges. 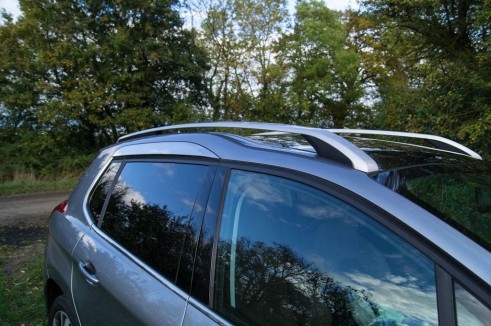 Moving down the side of the car you instantly notice how the roofline steps up just before the rear doors. It’s a different look, but adds extra headroom for the rear passengers. Roof rails finish off the side profile masking the kick of the roofline.

At the rear you can see subtle lines taken from the its bigger brother, the way the lower half bulges in a rounded manner is very 3008. The large rear lights have the 208 tell-tale claw design that pinches its way into the rear quarter panel. A smart rear spoiler and another lower aluminium skid plate finish off the car nicely.

It’s very much a taller, stretched 208, you can see elements of the 3008 at times but for the most part it’s a moderately inflated 208. 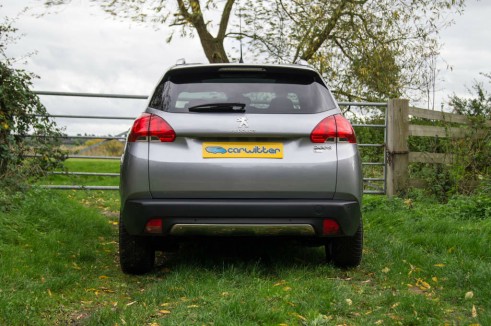 You sit slightly taller in the 2008 than its hatchback cousin, thanks to its jacked up ride height you get 160mm of ground clearance. The 2008 doesn’t suffer too badly from this loftiness, you do get some body roll under changes of direction but it’s not at all wallowy. Lumps and bumps can be felt through the chassis, but handling wise it feels very hatchback like.

Steering is a little slow to turn in, it feels quite dead of centre…add more lock and it will get there but it is rather devoid of any sensation.

Now with 92 BHP the 2008 is never going to set the world alight, the 1.6 e-HDi ambles along nicely. It never feels flat due to the torque; but a little more poke would be nicer, however the next engine up only offers 115 BHP. 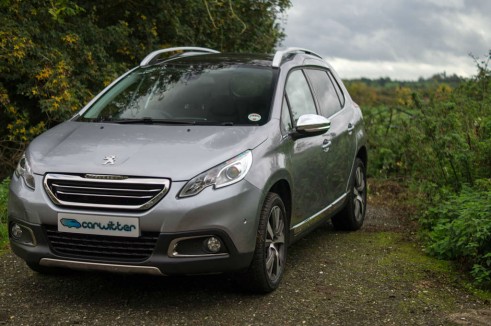 Over the 270 miles we drove in the 2008 we managed to achieve 49 MPG over town and motorway driving. That’s some way off Peugeots claimed 60.1 Urban figure, let alone the combined MPG of 70.6!

One thing that really impressed us was the Grip Control system. We tested this on a minor green lane and on a wet grassy hill, the green lane I have only ever attempted in a fully blown 4×4 as it’s quite heavily rutted and muddy. The little 2008 coped superbly, ground clearance wasn’t an issue and the front wheels found grip perfectly. It really feels like a great pseudo 4WD setup. 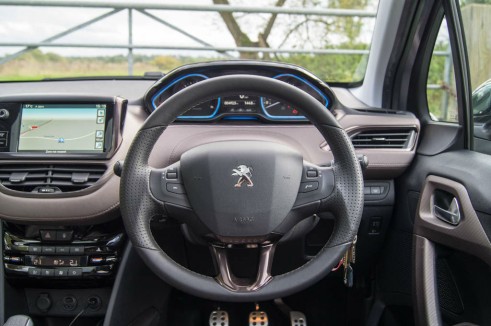 You get the same dash and dials as in the 208 so it’s all very smart, but you feel as though you sit more over the dash than in line with it. The wheel also feels slightly lower than it should be once you have adjusted it to see the dials, but we got used to it pretty quickly. Dark bronze striped effect trim covers the dash and door handles, it looks very smart and modern. 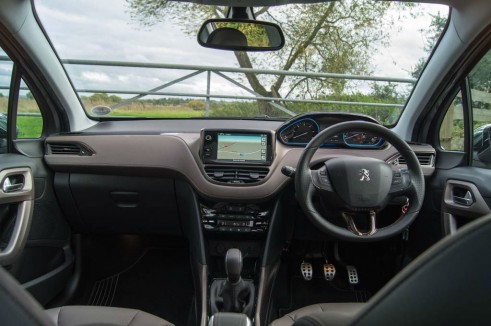 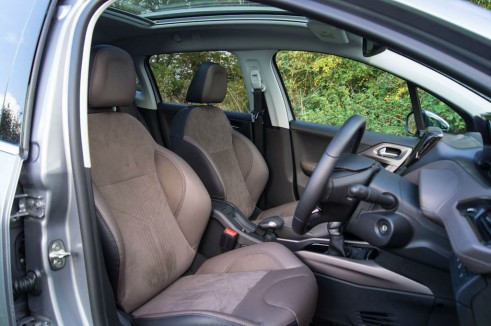 A nice big panoramic glass sunroof runs from front to back giving you lots of light, this can be covered with a semi-transparent fabric blind. To use this though you have to keep your finger pressed down on the switch…a little annoying when you are driving along, it should just work with one click either way.

Another nag we have is with the gearstick, when it’s in gear it wobbles a lot making the gearbox feel a lot worse than it is. We never had any problems getting it into gear even though it has quite a long throw to it. 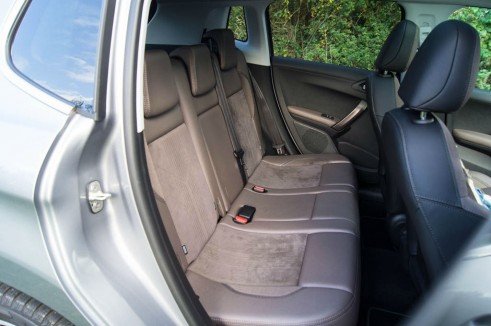 Rear headroom is great thanks to the stepped up roof, but legroom is nearly the same as in the 208 so a little cramped for adults. 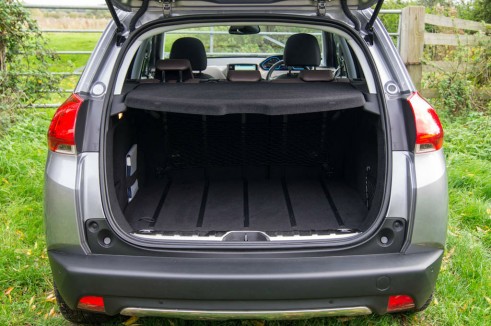 Boot space is 360 litres so only up 49 litres on the 208, but you can store an extra 22 litres under the flat load space that is the boot floor. 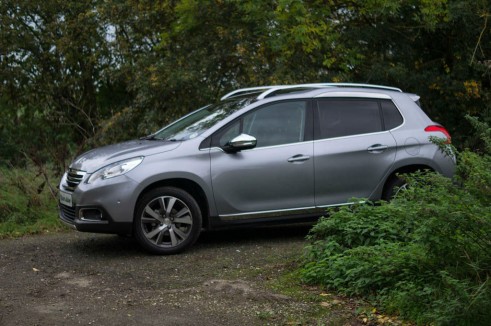 Peugeot’s new 2008 adds some great practicality to the 208. The higher ride height is nice, along with the flat load space in the boot. Grip Control works very well and would give added confidence during those snowy winter months. 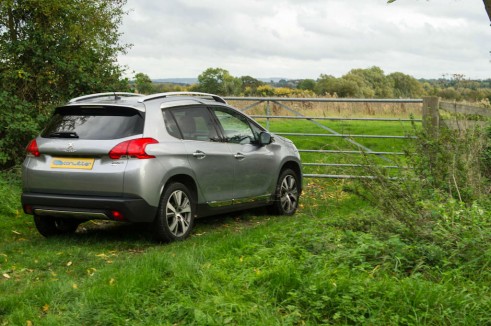