After much hype and anticipation Nissan have revealed their GT-R LM LMP1 contender.

The front engine, front wheel drive sees a shift in the normal mid engined setup we are used to with the likes of Audi and Porsche.

Powered by a 3.0 litre twin turbo V6, having that weight up front helps maximise the grip. Interestingly the front tyres are also wider than the rears. At the back you find 9 inch wide rubber whilst up front the Nissan is running the standard 14 inch Michelins. 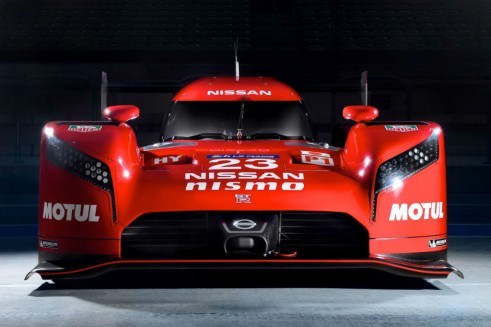 Being an LMP1 car the Nissan has a Hybrid energy recapture system, details are scarce at the moment but it is believed to be via a flywheel system rather than capacitors. Power is rated around 1200 to 1500 BHP, making it the most powerful LMP1 car so far.

All that power is fed through a 5 speed sequential gearbox with a hydraulic limited slip diff to help get the power onto the track. Recovered power can also be sent to the rear wheels if need be, making the GT-R LM sudo four wheel drive. 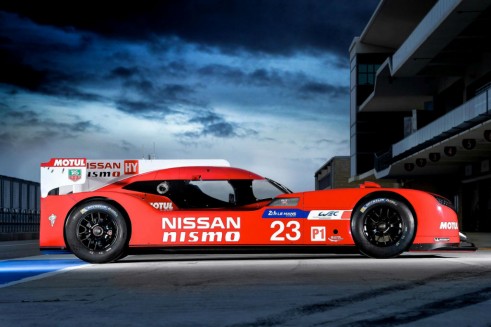 Weighing in at only 880 KG the whole car is carbon fibre with a polycarbonate windscreen.

Aerodynamics are handled via a through flow system, meaning air travels into the car helping it cool as well as sticking it to the ground.

We look forward to seeing it turn a wheel in anger at the WEC opener at Silverstone later this year. 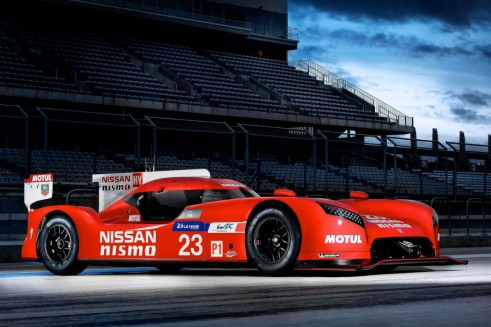 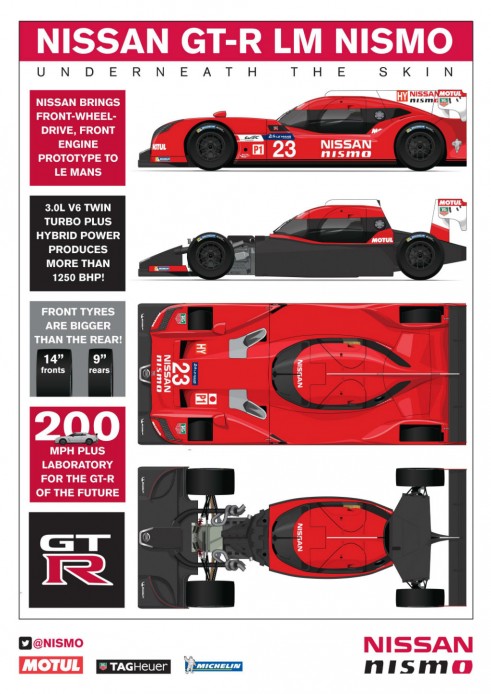