Prices start from £24,495 for the entry level Active trim with the 1.2 litre PureTech petrol engine. Topping out the range you’ll find the 2.0 litre BlueHDi auto in GT spec at £35,695.

Ideally you want to go for Allure spec, it’s a good balance of kit for only a £2k increase on the entry level price. 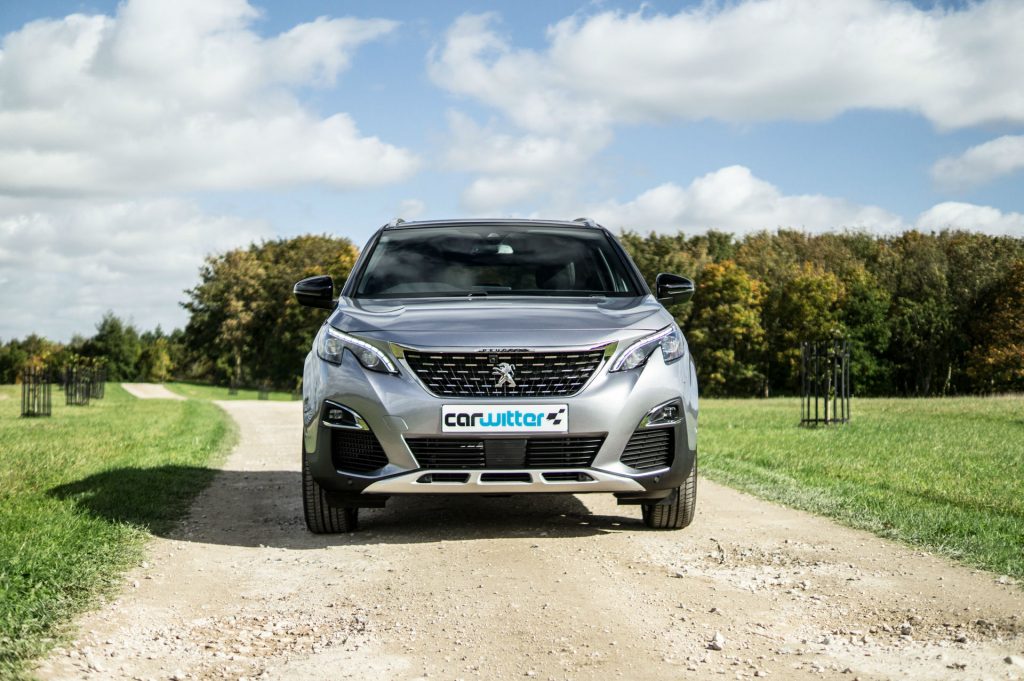 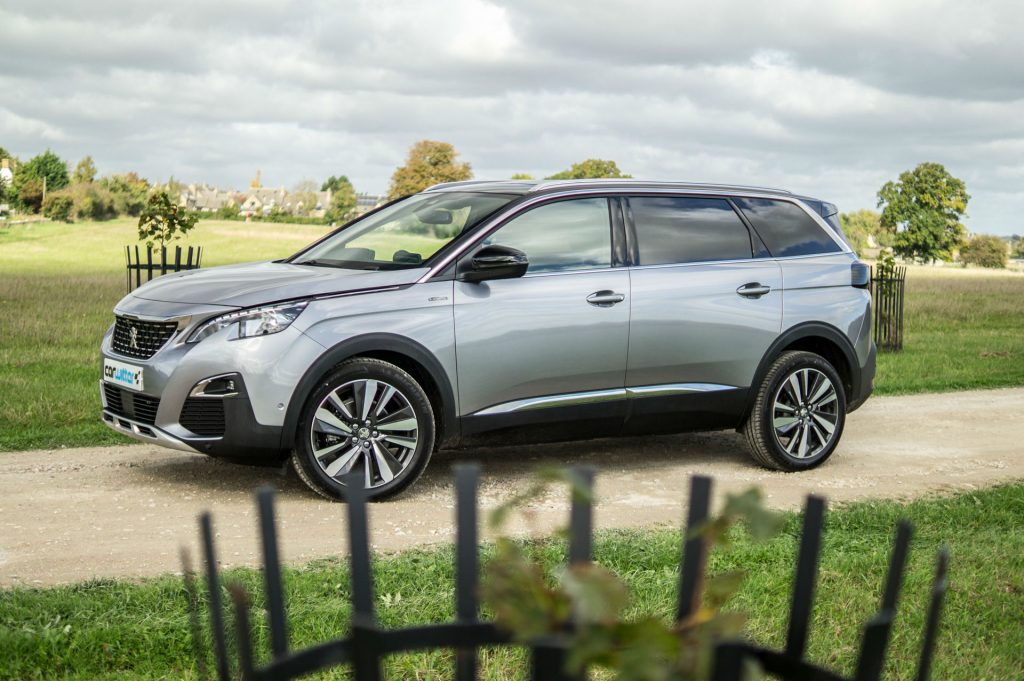 Well…it’s like a 3008 with a bit stuck on the back. From front on you’d be hard pushed to tell the difference between the two cars. It’s a typical nose graft job, but that’s not always a bad thing as the 3008 is a strong looker.

The one thing you notice is just how massive those rear doors are. They’re almost the same size as the front. As was noted, that’s so there’s easier access to the two fold away jump seats at the very back.

From behind, the upright nature of the big wagon is masked well by the angular C pillar, whilst the black bar and claw style lights make the jump from the 3008. 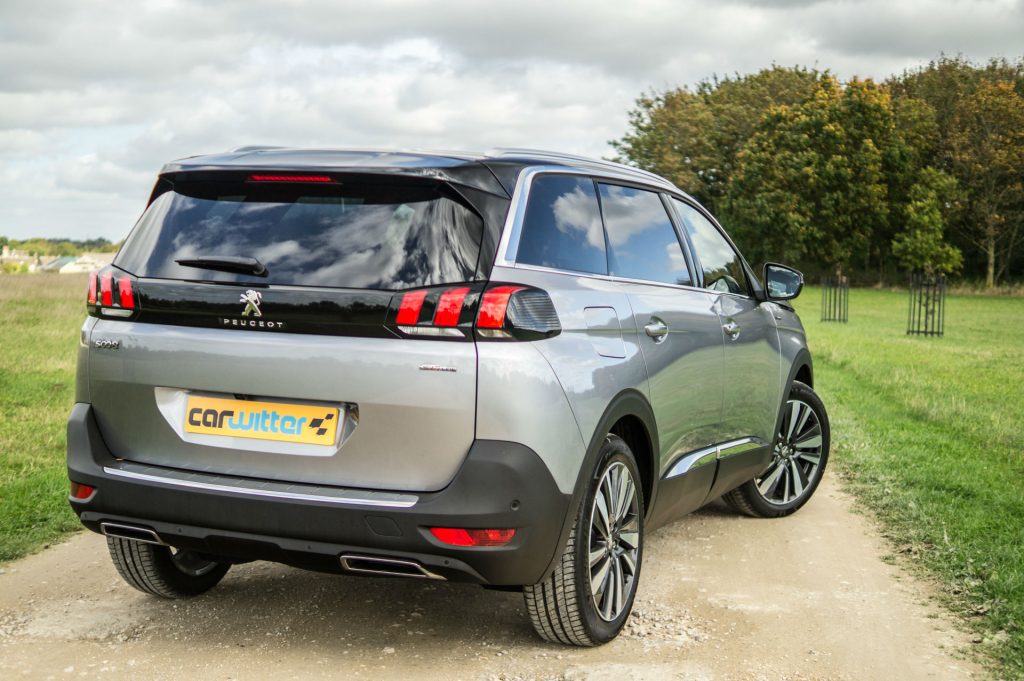 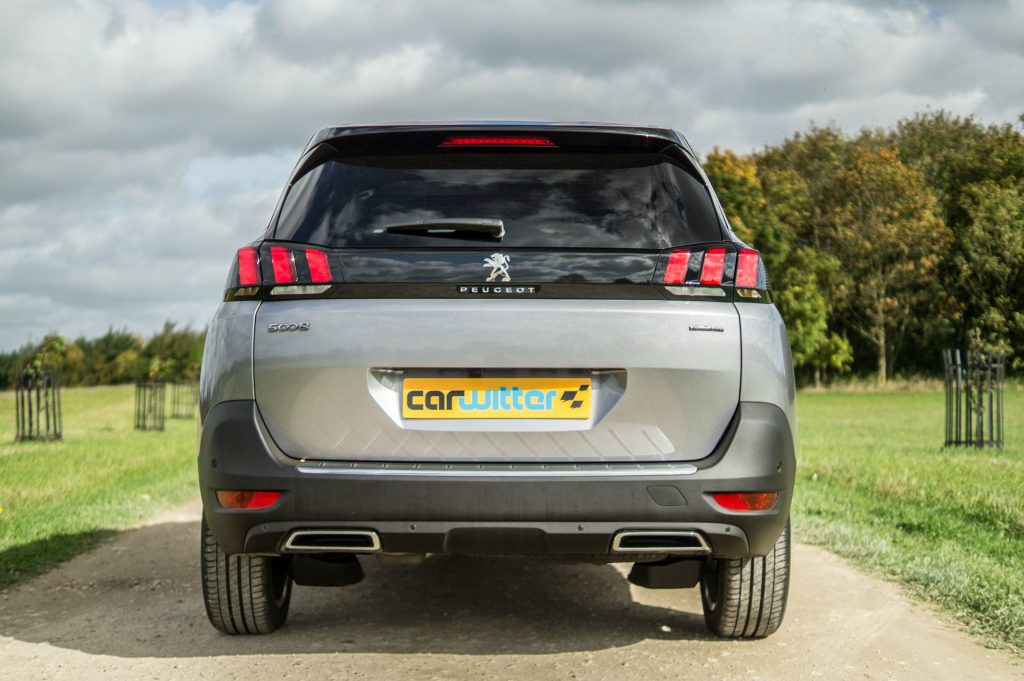 The 5008 is a big car, there’s no escaping that. So when I jumped in the 1.2 litre three cylinder model I was thinking…hmm yeah right!

128 horses from such a diminutive engine is mighty impressive, and shows why the 1.2 has been voted engine of the year for the last three years running.

Fitted in the 5008 it never feels lacking, pick up is swift and overtakes are easy. The lowest power in the range comes in the form of a 1.6 BlueHDi diesel with just 98 BHP, which could feel a little tiresome. Go for at least the 120 if you opt for the derv model. 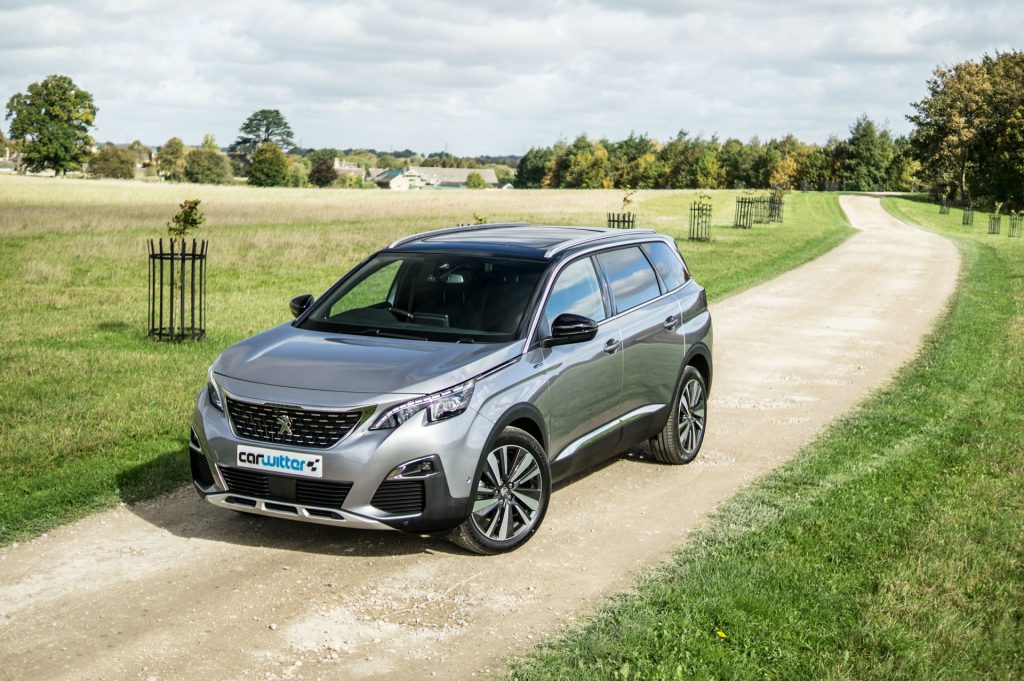 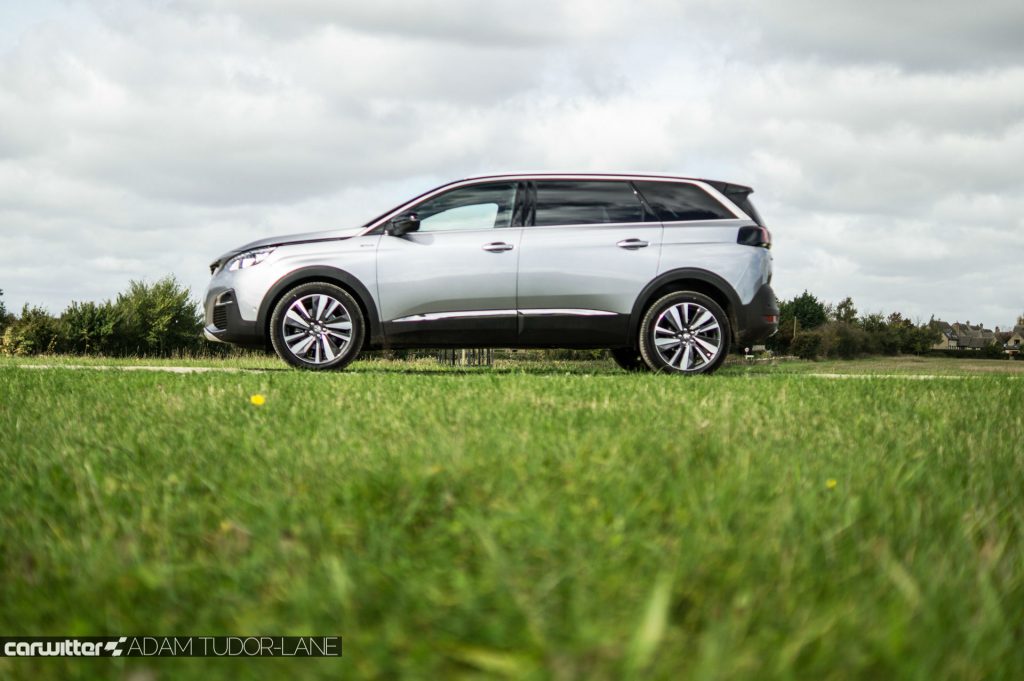 Body roll is well controlled even for its size, with a predictable slight lean into the corners. Quick changes in direction (say under an emergency) will result in the traction control cutting in to brake the outer wheel. 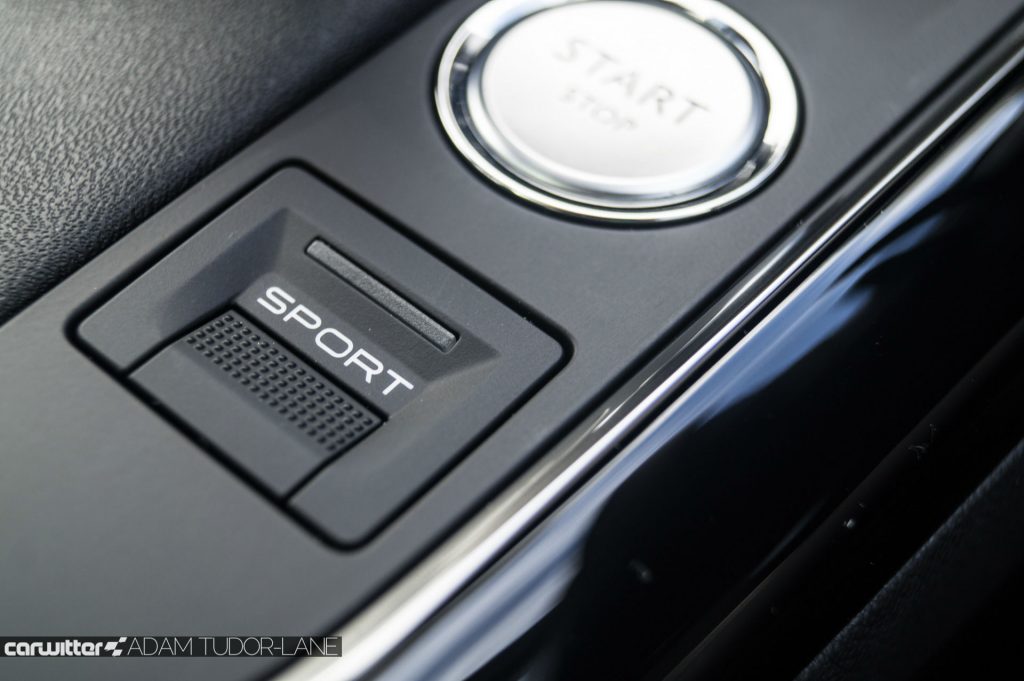 Steering is fairly light and fluffy, but if you press the ‘Sport’ button…not sure why an MPV/SUV needs a ‘Sport’ function…and the wheel will weight up nicely, making it easier to keep on the straight and narrow of county lanes.

Ride is a little on the firm side, it doesn’t shimmy over imperfections and road noise was a little intrusive when it came to the larger 18” alloys fitted to the test cars.

I only sampled the manual box which was a little woolly. Tightness and precision could be improved, but overall it’s a nice enough shift for the type of vehicle. 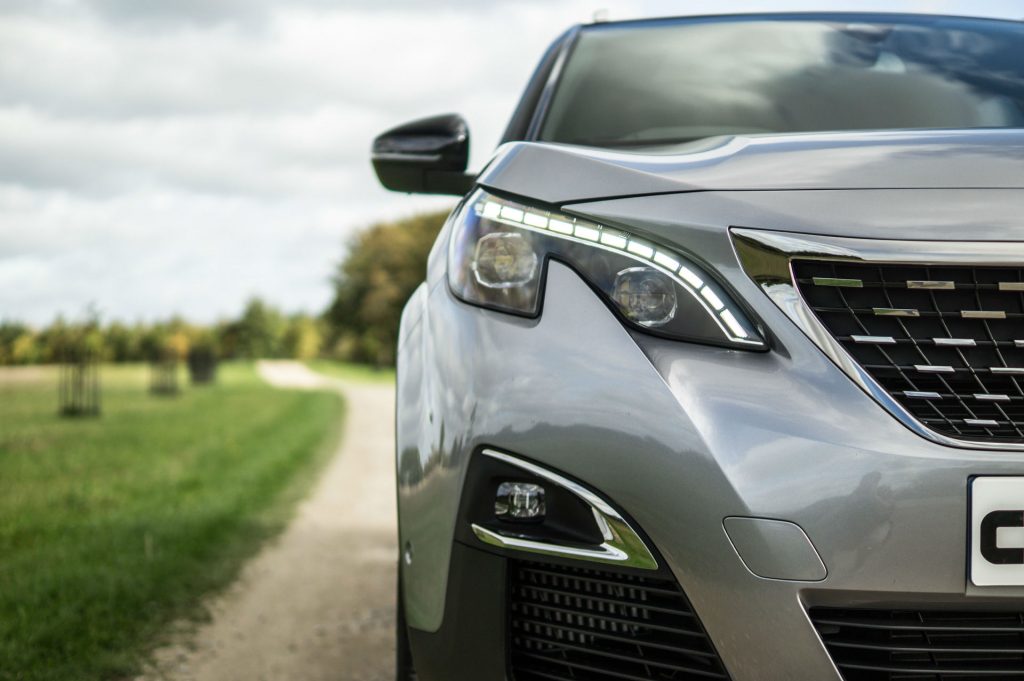 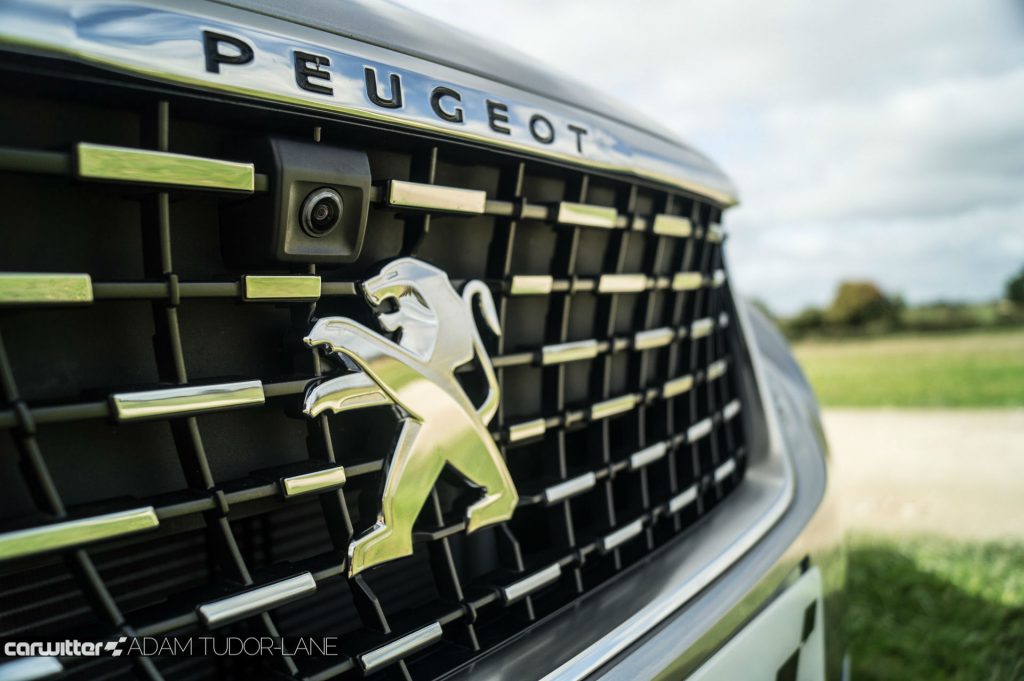 Peugeot’s new premium interior tour de force continues inside the 5008. The dash is pretty much lifted from the 3008, so you get a nice 12 inch screen where the dials would normally sit, and a large 8 inch infotainment screen in the middle.

Customisation is a big feature of the i-Cockpit, you can have your sat nav, music, car info… seemingly any and all sets of data can be swapped around into whatever configuration you deem fit.

If it all gets a bit much you can select a ‘minimal’ setting which only shows your speed, handy for concentration and night driving. 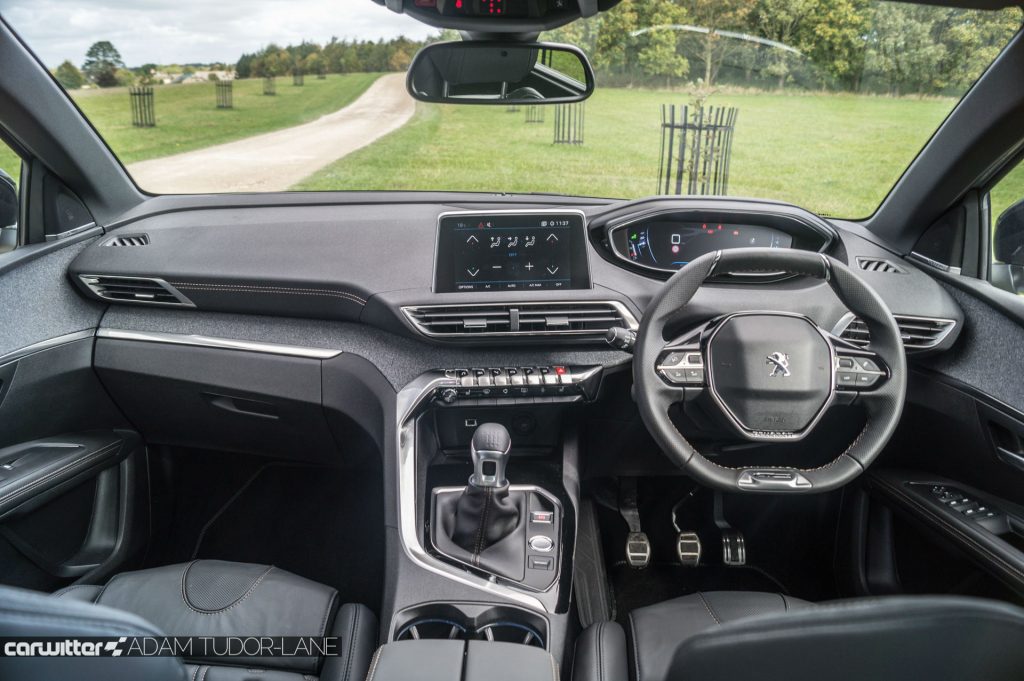 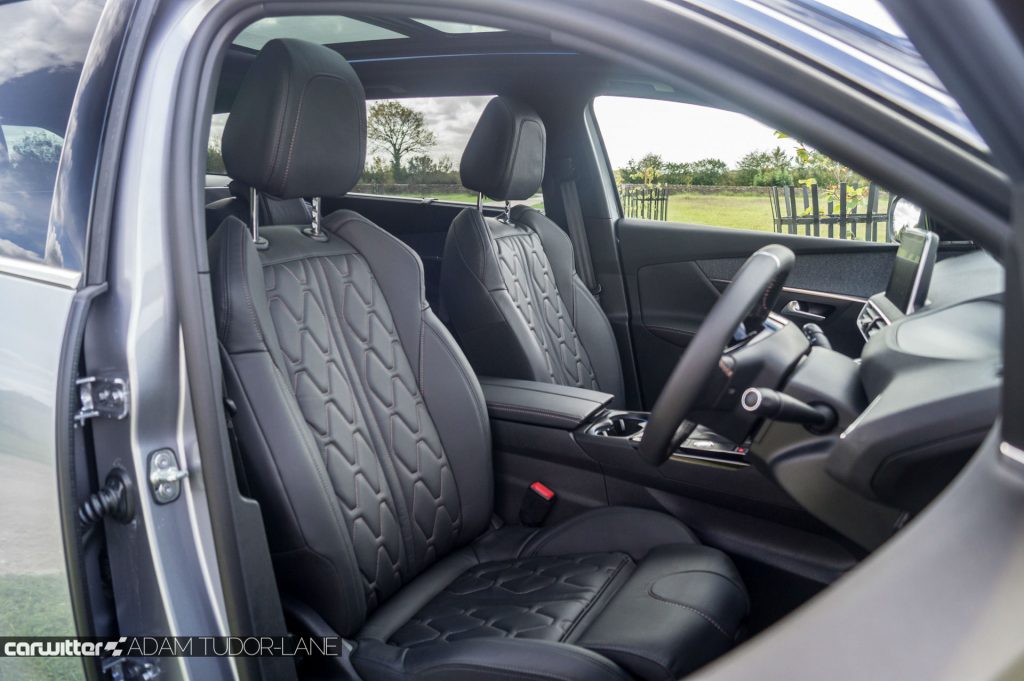 You get the same smart fabric adorning the dash and doors as the 3008. Whilst the aircraft style toggle shortcuts help you find your way around the infotainment, quickly and safely when on the move.

Quality is great up front, but tends to slide a bit the further back you go. It’s not a bad thing, as this wagon is most likely going to be the foray of families. So harder wearing, scratchier plastic is welcome toward the rear.

The first thing you notice is the rigid, textured fold down tables on the backrests of the front seats. They just feel somewhat cheap in the way they look and how they snap back upward to stow away. 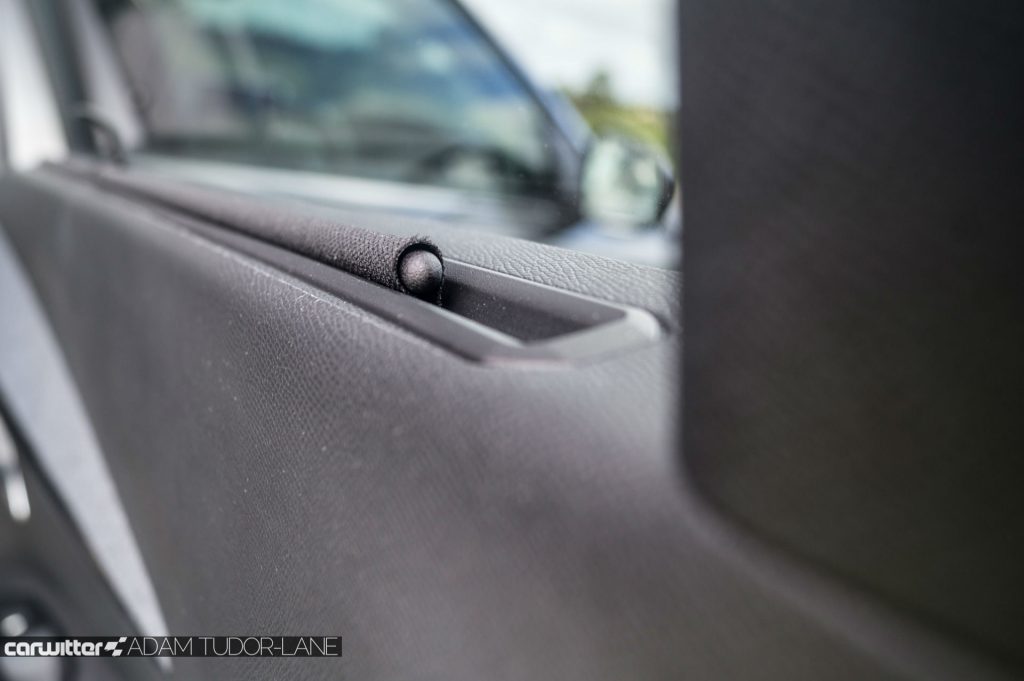 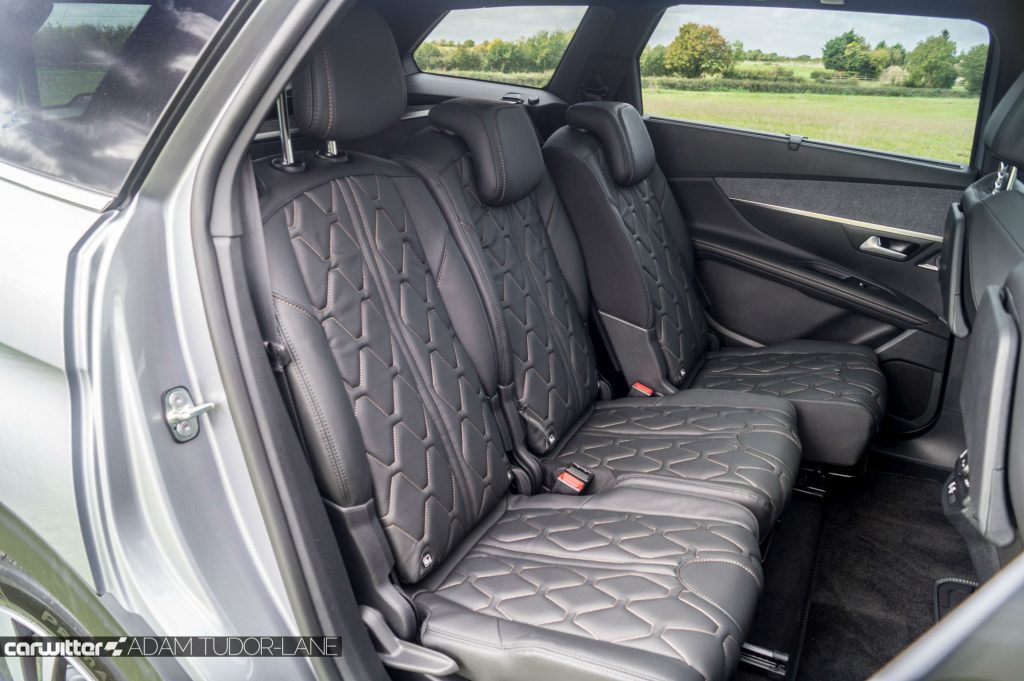 Rear door trim follows the same lines, being hard and scratchy along with the sides of the boot.

A big draw for the 5008 is the seven seat option. Two smaller, foldable ‘jump’ seats embed themselves into the boot floor when not in use. Only weighing 11kg each they can easily be lifted out with a single motion, no fiddling or fighting needed.

To get to them the second row folds and slides forward, but entry against the C pillar still makes it a tight squeeze for anyone but small children. 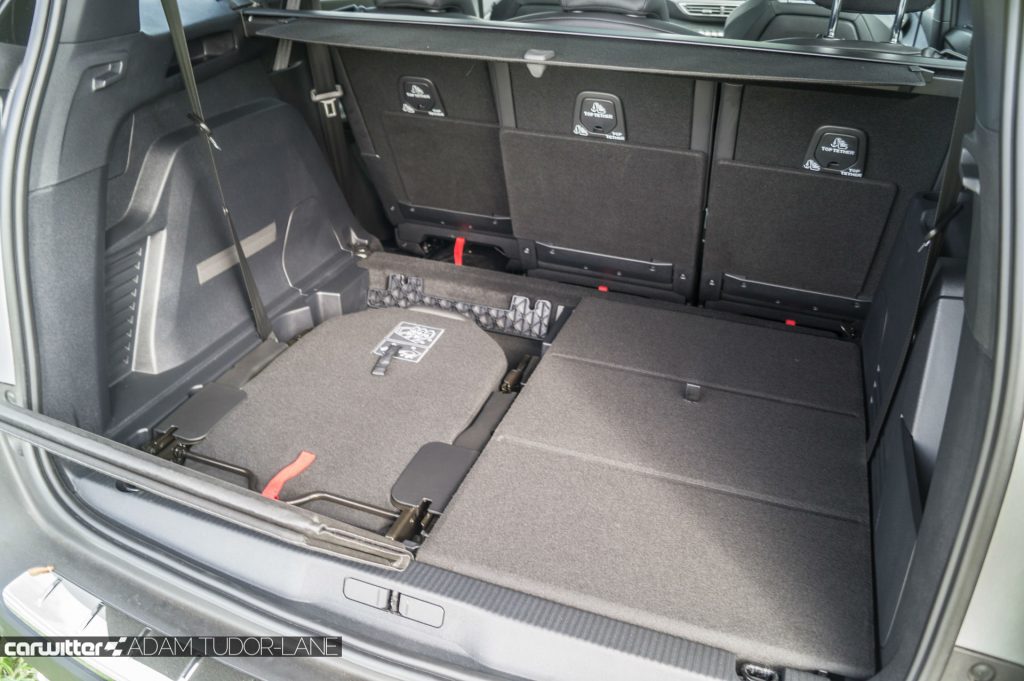 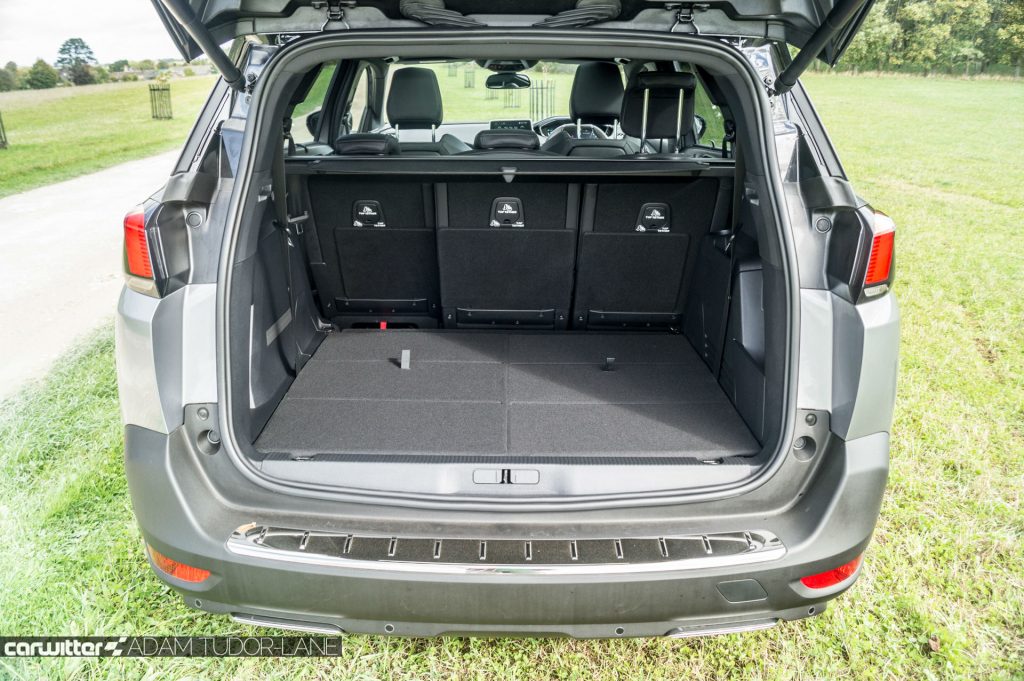 There are some nifty aspects to the 5008 though, storage under the second row floor is neatly hidden away and the passenger seat can fold flat if you need to transport longer items, or if you need a picnic table. 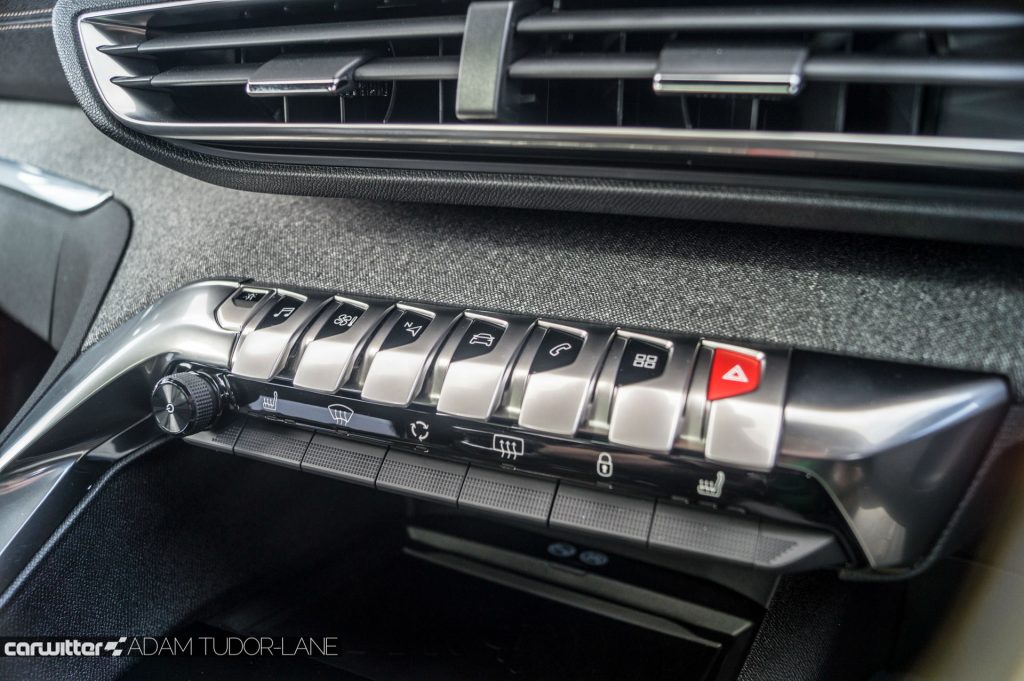 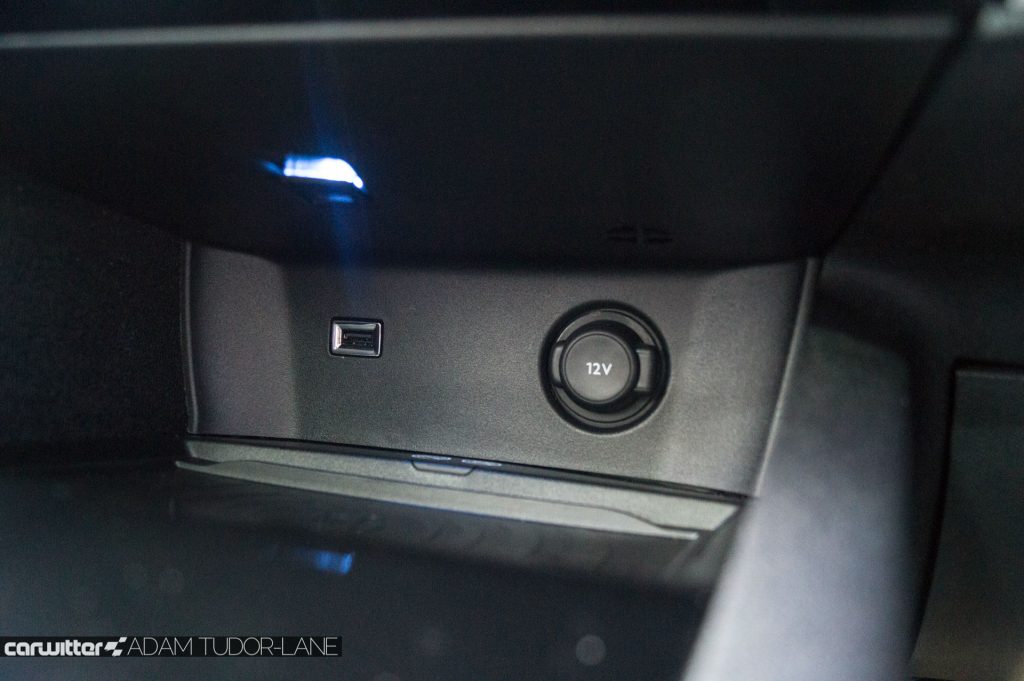 Power sockets are slightly limited. You get a single USB port for infotainment duties up front, a 12v in the back and another in the boot.

But in this day and age, surely it makes sense to stick four or at least two in the second row? With portable tech now being ubiquitous it feels a little short sited to just make do with single 12v sockets over powered USB’s. 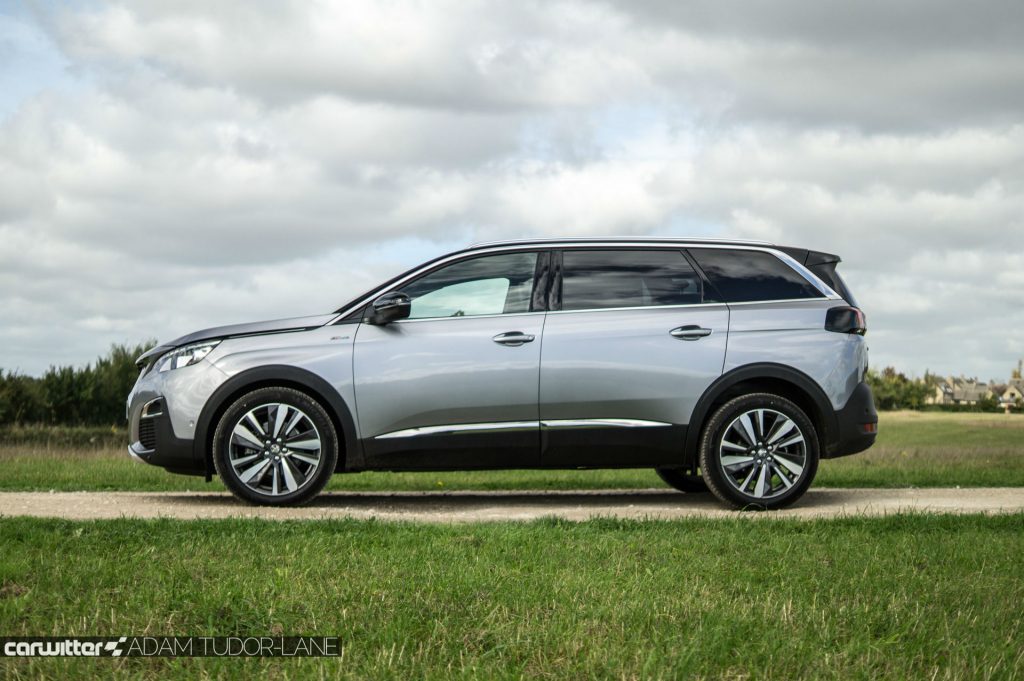 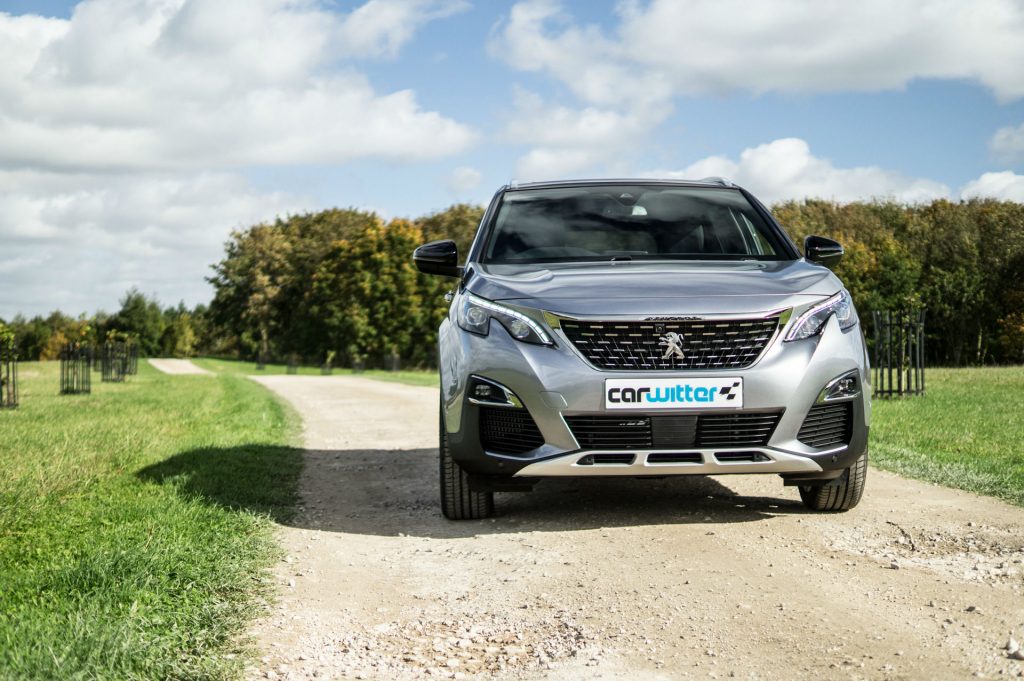 Starting at £24,495 the 5008 offers a lot of car for the money. Peugeot are hoping it will be the segment leader in the next few years.

Ideally you need to start at Allure trim level, this gives you some niceties and added practicality elements. Which means the starting price is £26,295 for the entry level 1.2 litre manual.

Twisting an MPV into an SUV is a clever idea, it will no doubt attract buyers in their droves. The looks may not be to everyone’s taste but the practicality and lugging capability should mean the well priced 5008 is a winner. 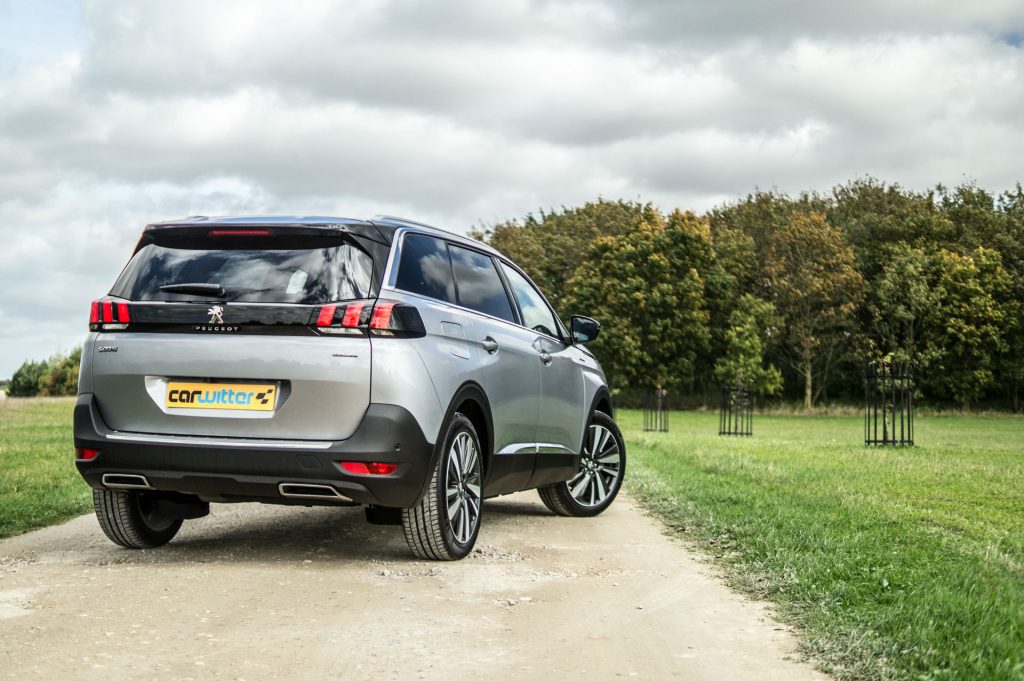 Why PCP is a bad idea