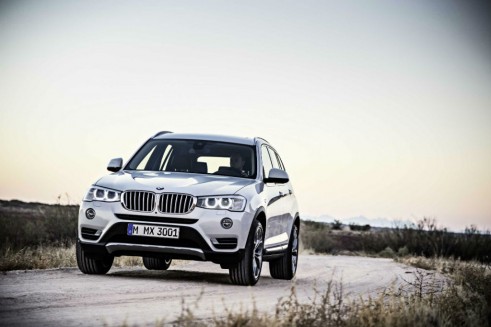 This is the new BMW X3 – a mild facelifted version of the German manufacturer’s popular crossover.

On sale in June this year priced from £30,990 the new X3 features improved fuel consumption and emissions figures thanks to a new range of diesel engines.

Changes in styling are kept to a minimum, although the 2014 X3 is one centimetre bigger than the outgoing model, but inside the soft-roader has received an extensive makeover.

Under the bonnet each X3 comes with one of four turbo-charged diesel motors. Two standard four-cylinder blocks include a 150bhp 1.8litre, and 2.0litre 190 bhp unit

More cash will see a 3.0litre, 258 bhp, six-cylinder unit replace the four pot, or the top-of-the-range 3.5litre engine, which sends 313bhp to the tyres and a mighty 443lb ft of torque.

While the 1.8 unit will manage the sprint to 62 in a not unreasonable 9.8 seconds the xDrive35d will gobble up the distance in just 5.3. 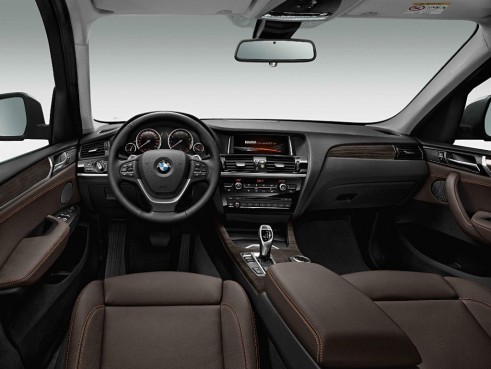 Inside the X3 receives a refreshed interior including a new full-colour head-up display and integrated touchscreen iDrive system.

The new xLine models can be identified from the outside by metallic inserts in the bumpers, Satin Aluminium side cladding and bars in the air intakes, simulated underguards at the front and rear and 18-inch alloy wheels. 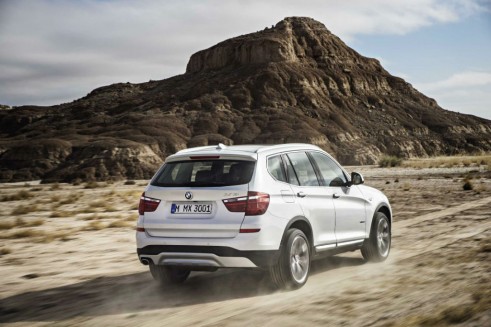 The new range of engines see efficiency taken up a notch with the X3 managing 56.5mpg in 1.8litre guise and puffing out an impressive 131g/km of CO2 , squeezing it into tax band E.

The choice of engines can be mated with either a six-speed manual or an eight-speed automatic and all but the 1.8 come with BMW’s xdrive four-wheel-drive system as standard.

More price and specifications are expected to be announced closer to the release date. 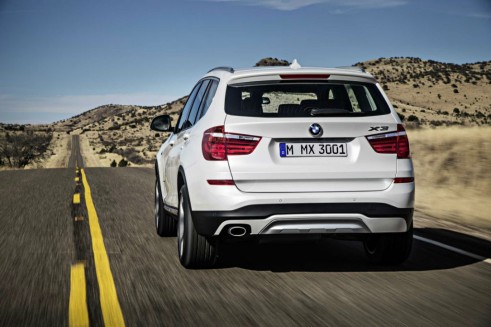 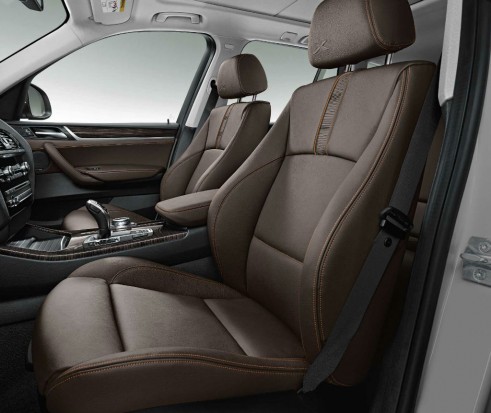 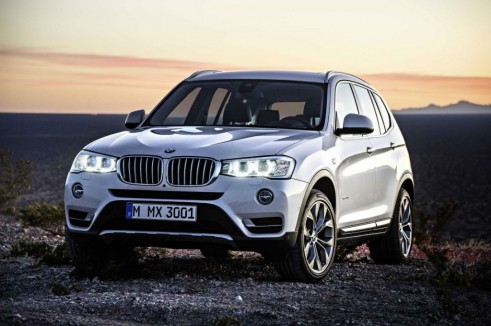 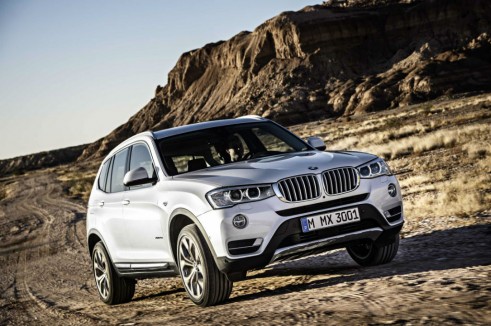 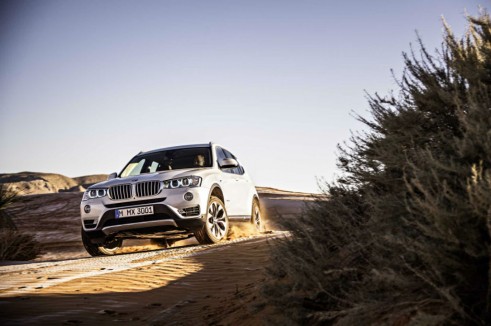 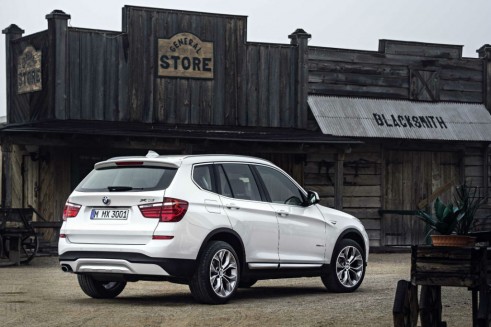