Suzuki’s perky little hatch is finally being replaced. The previous generation has been on sale for 7 years and, it’s safe to say we love it…and always have.

This new model differs massively in the looks department, but is it still the epic handling B road blaster we’ve come to expect? Heading to Monaco we aimed to find out. 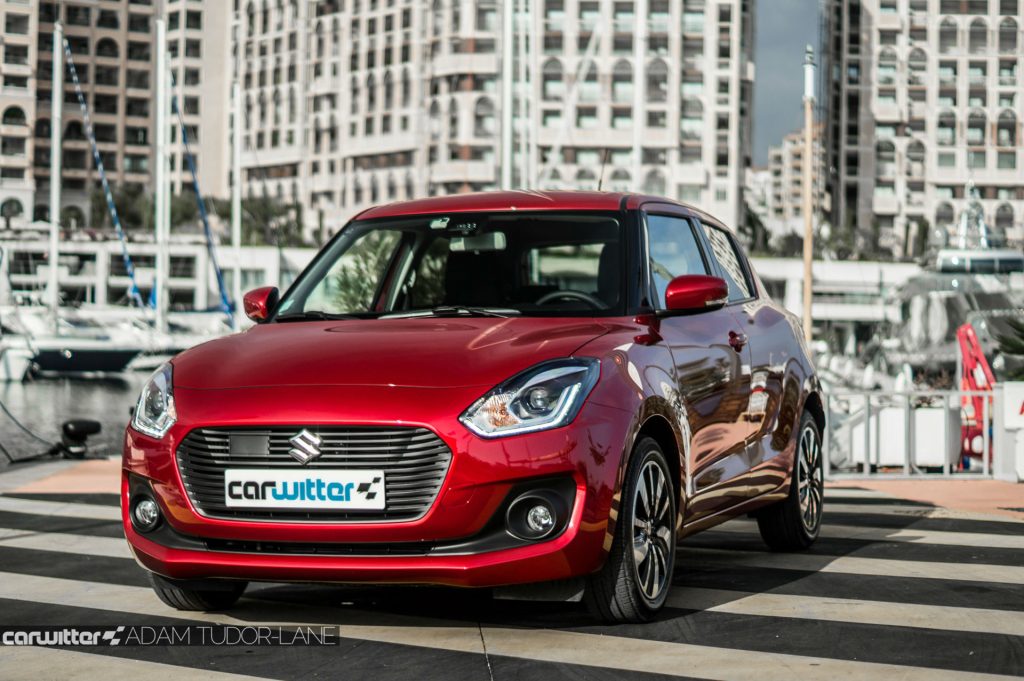 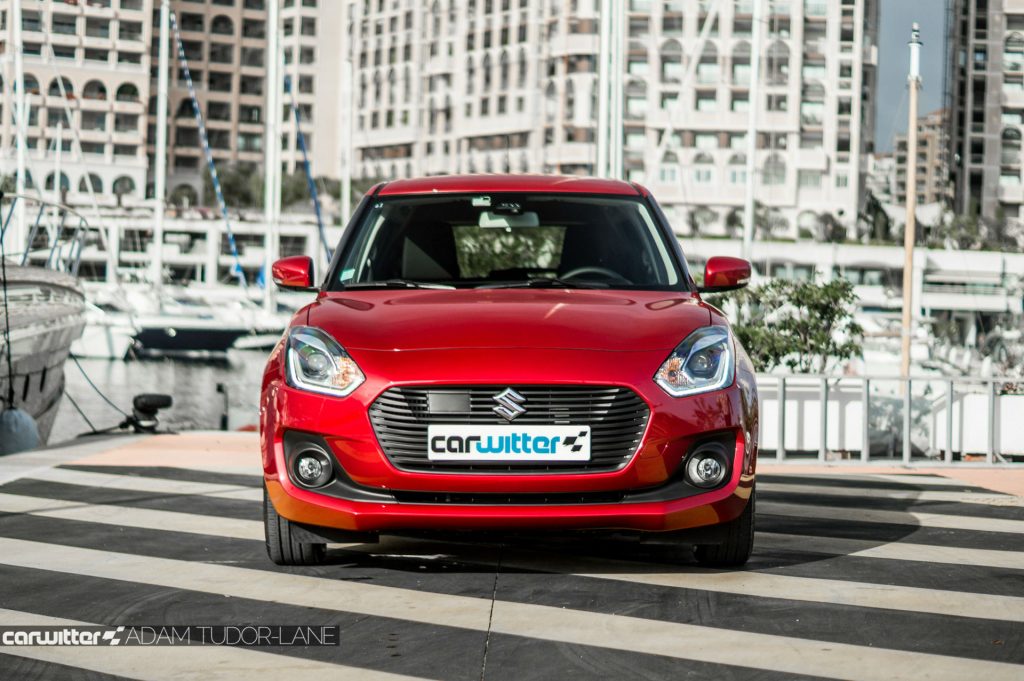 Well, after the first renders, then seeing one in the flesh at Geneva we aren’t completely sold.

Looking somewhat like a throwback to the 90’s from some angles, it’s as though the design clock has been wound back 10 years in places.

Which is a shame, as the current gen model looks far more modern in terms of design…always a hard bullet to bite when that happens. 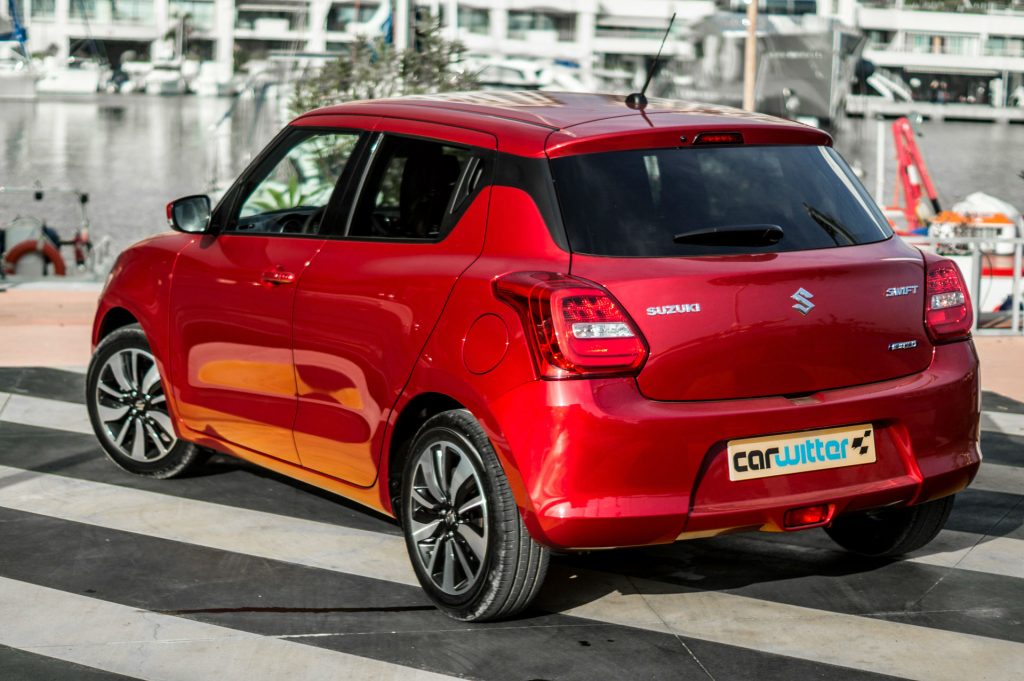 Suzuki have followed the trend of ditching the three door option too. Hence the hidden rear door handles in the C pillar. Shame.

But ultimately, three door sales in the small hatch segment are always way down on their five door companions.

It looks kind of mean from the front, but the design is too generic, it could be any typical two box layout. Definitely a safe design from Suzuki on this one. 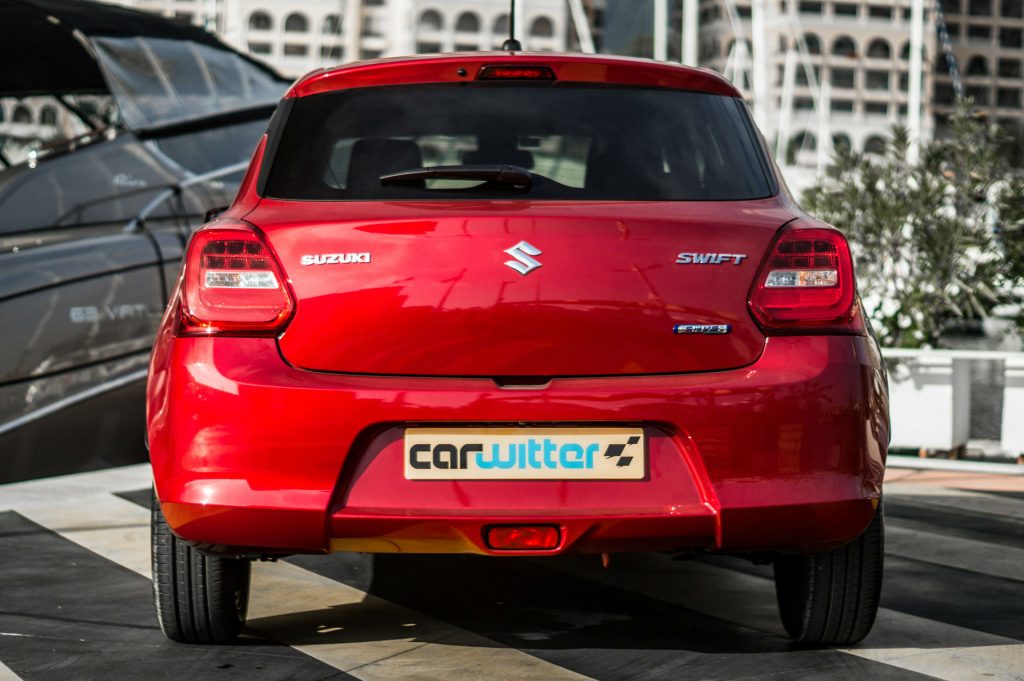 Thankfully the drive is redeeming. It sticks to the Swift DNA of being nimble and fun.

We could only test the new 1.0 litre turbocharged engine, but performance is admirable across twisty mountain roads and slogging away a few KM’s on the motorways.

With 120 BHP it picks up well, and keeps pace without a problem. Featuring Suzuki’s mild hybrid system -mild like a korma, where as a madras is a Prius – it’s basically a large battery under the front passenger seat.

This links to a belt driven motor to restart the engine and aid slightly during initial acceleration. No idea if it helps in the real world, as we would need to test a normal 1.2 VVT and compare the MPG’s. 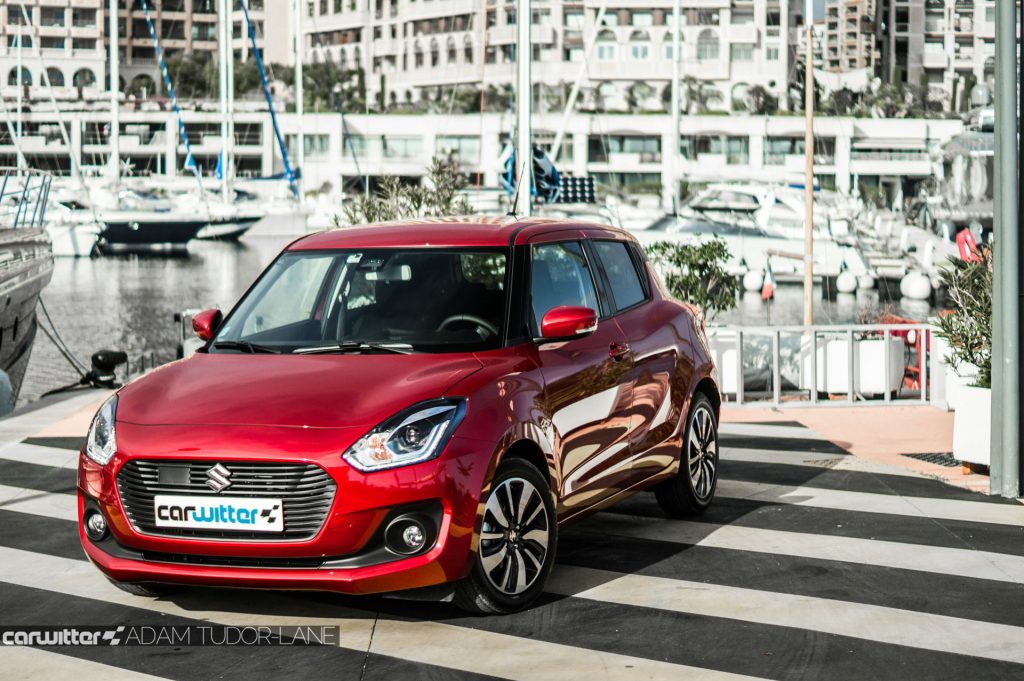 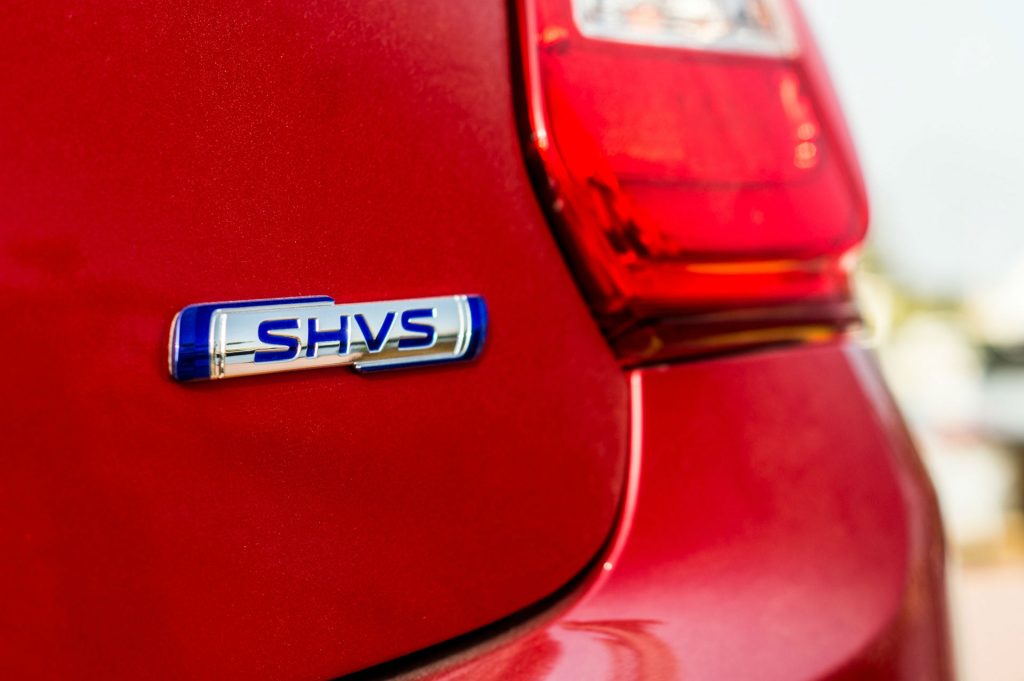 But the main thing was the deafening…silence…the Swift really is very quiet. Over all manner of surfaces the Suzuki feels pretty refined and a lot more upmarket than the previous model.

As the revs rise to the upper limits of the punchy three pot, you get a nice thrummy note, but otherwise its plucky 1.0 litre keeps the noise down.

There’s still that predictable body roll that we’ve come to love in the Swift, you can still throw it about and have some fun in complete safety. It bodes well for the next generation of Swift Sport, although that appears to be going down the turbo route too. 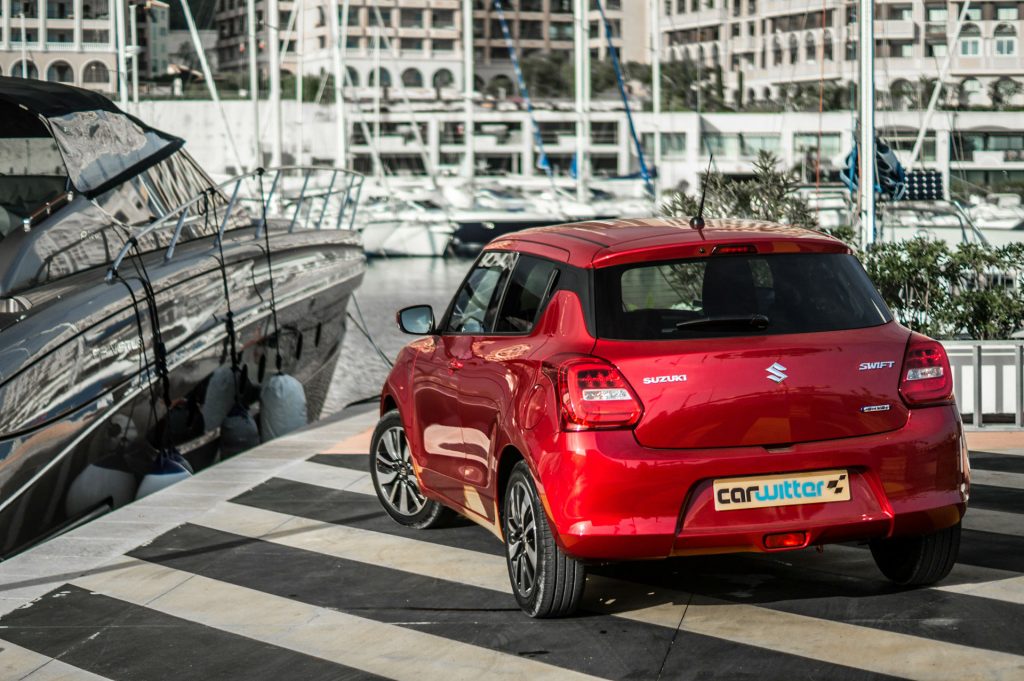 On the inside things aren’t a vast departure from the outgoing model. You’ll find the same switch gear for the windows, similar air vents and the infotainment and dials from the Baleno/Vitara.

A nice new D shape steering wheel is pleasant to handle, whilst all your audio and cruise controls are within easy thumb. 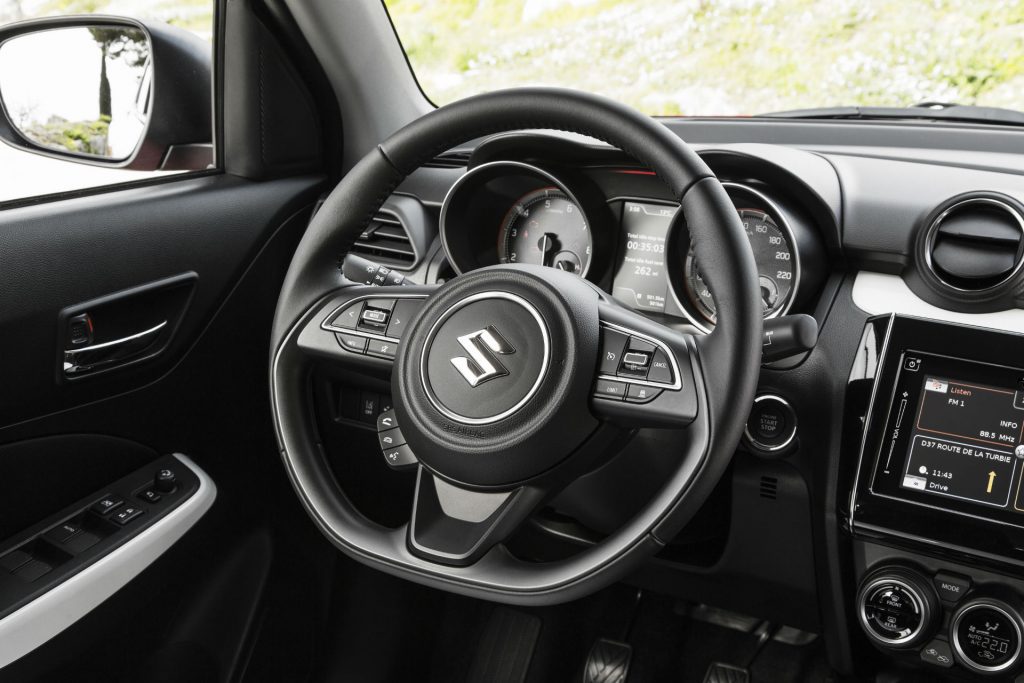 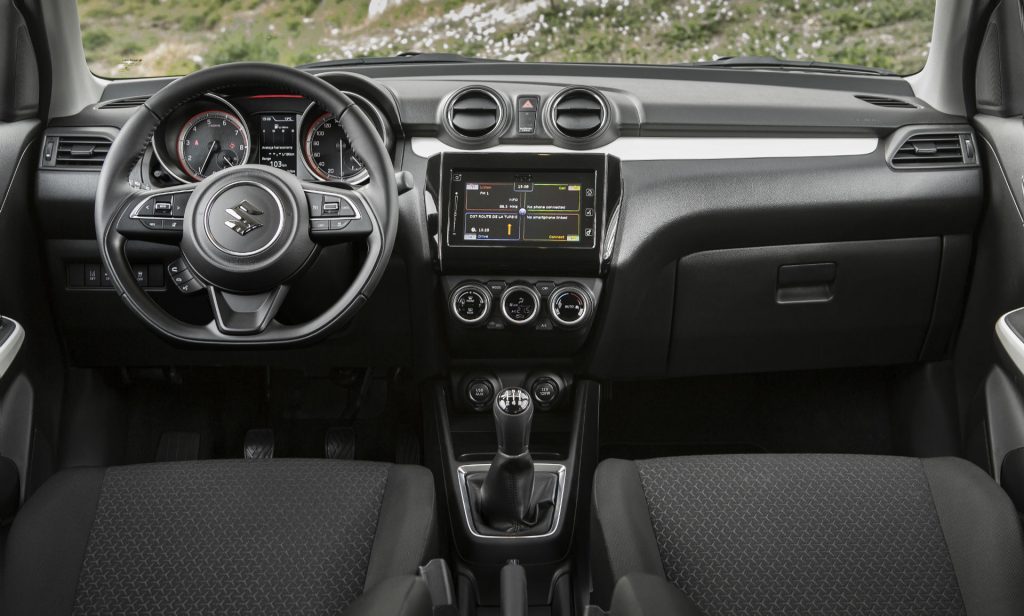 There’s more room inside too, with the Swift gaining a 20mm longer wheelbase, whilst simultaneously losing 10mm in length. It’s also 15mm lower and is strangely 40mm wider than the Japanese model.

Seating has been rearranged too, the front seats are 20mm further apart and the rear have been dropped 23mm to give more headroom. Legroom is still on the tight side though for the rear seat occupants.

Boot space has increased considerably to 265 litres, that’s 54 more than the outgoing Swift. 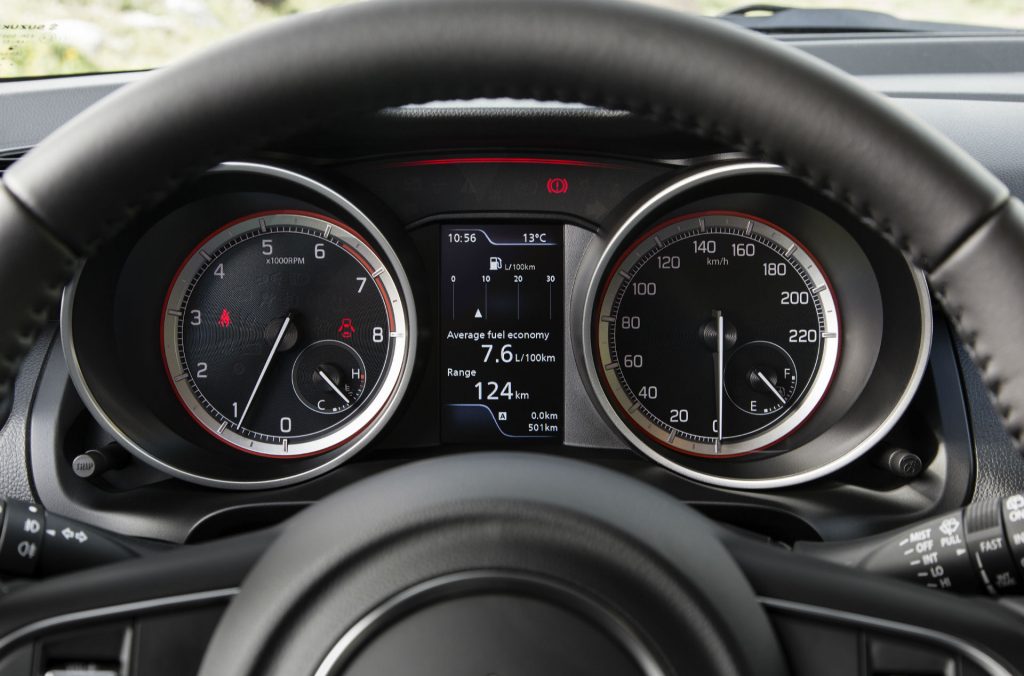 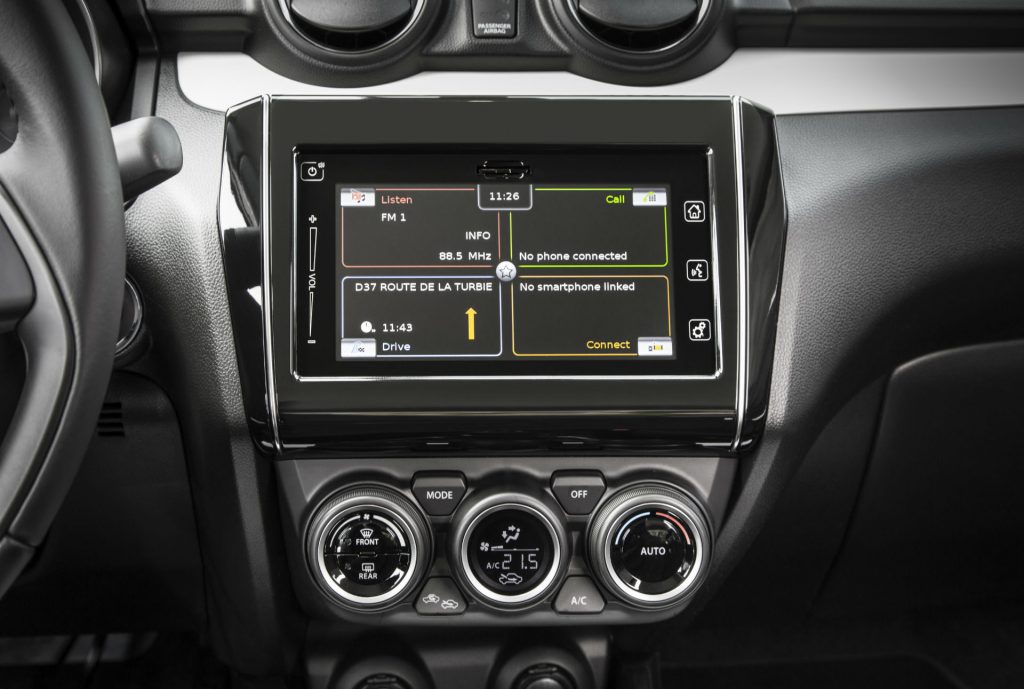 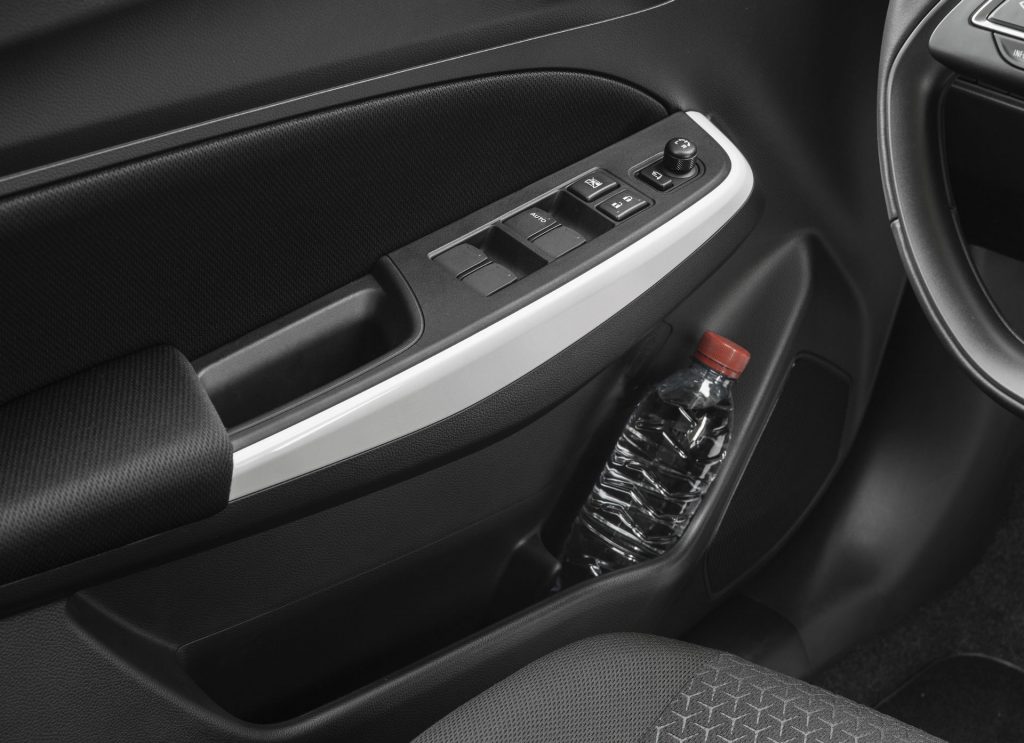 So the looks are possibly a grower. Seeing them trailing in our rear view mirror the daytime running lights do give the little Swift a rather butch look.

But the design is just a bit safe, a tad generic due to its new eyes and lower bonnet. The back looks strikingly similar to the Baleno too, hmm. 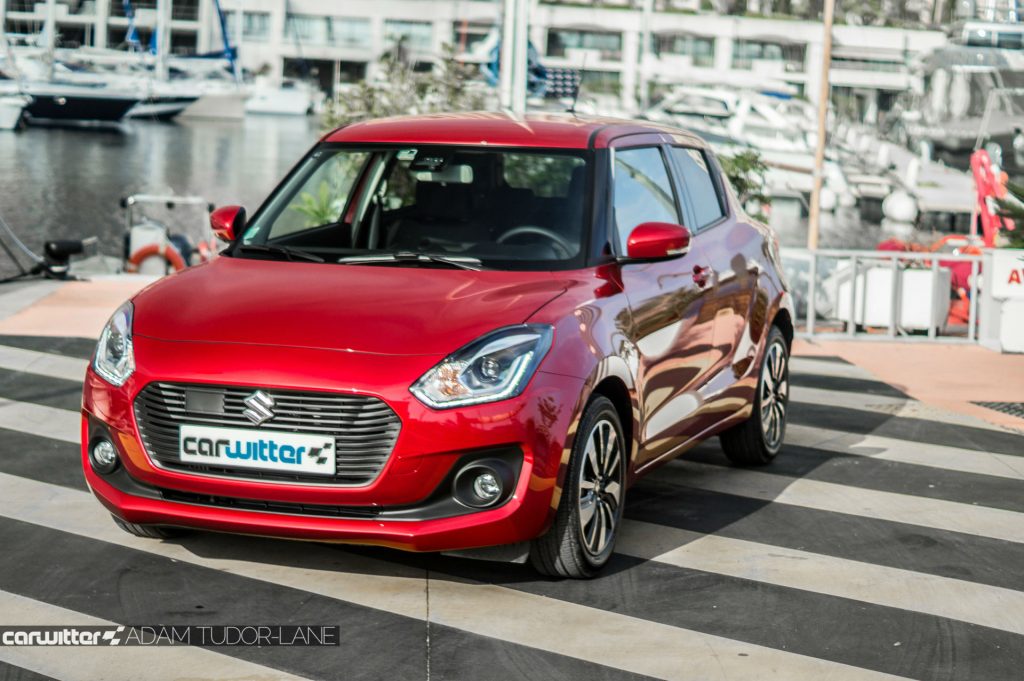 Looks aside, the Swift is still a cracking drive. SZ3 is the entry level trim and suitably well specced, SZ-T is most likely going to be the bulk of the sales.

The latter gets the sportier front end with LED headlights, fog lamps and also benefits from 16” alloys, folding mirrors with built in indicators, and of course sat nav.

No word on pricing just yet, but expect the entry point to be around £11,000 with favourable deals on PCP and finance from the start. 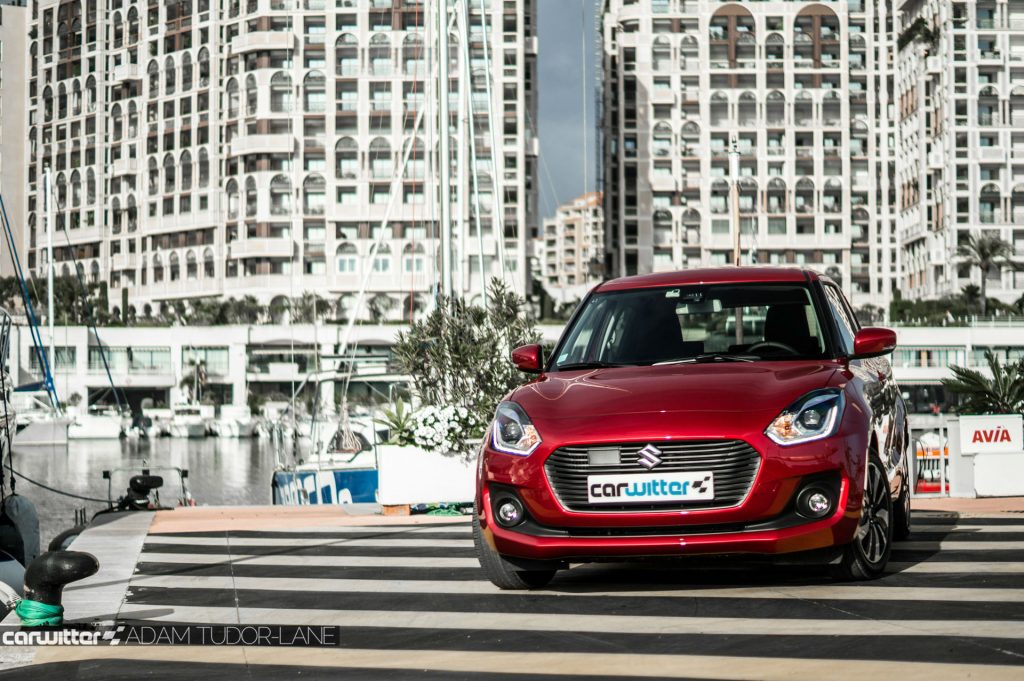