When you think of the words Mitsubishi and Eclipse, you’ll probably think of a gorgeously curvy two door coupe form the 90’s – that we never got in the UK. Now the name is followed by the word ‘Cross’…which means it’s a crossover. 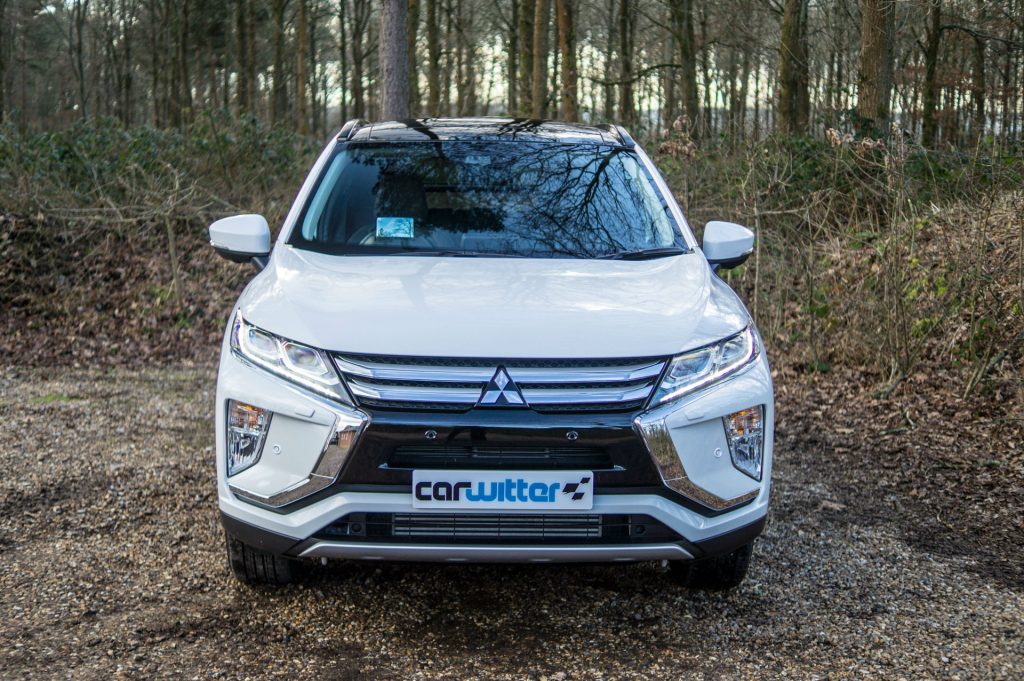 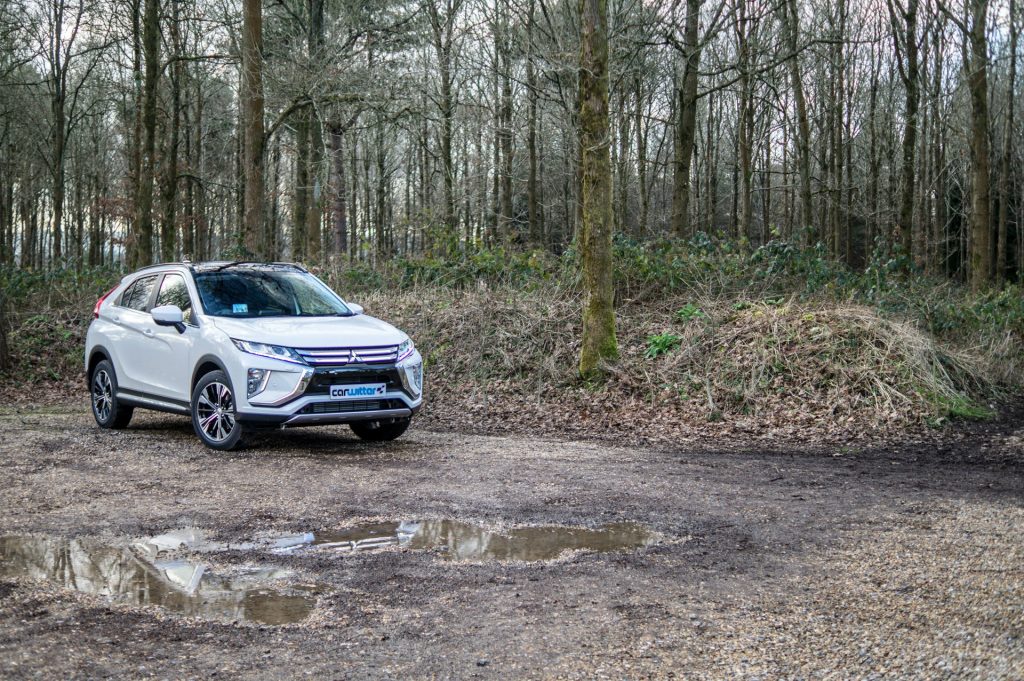 Front on the Eclipse Cross is kinda like an Outlander, side on it looks like a fastback Outlander, and from the rear it’s somewhat reminiscent of the last gen Honda Civic.

None are a bad thing, it stands out a little in a sea of bland crossovers.

Edgey angular design flows throughout the Eclipse Cross, ultimately Japanese in style it’s modern and bold.
Although it can’t quite match the ‘other worldly’ looks of the Toyota CH-R it ups the game for large crossovers. 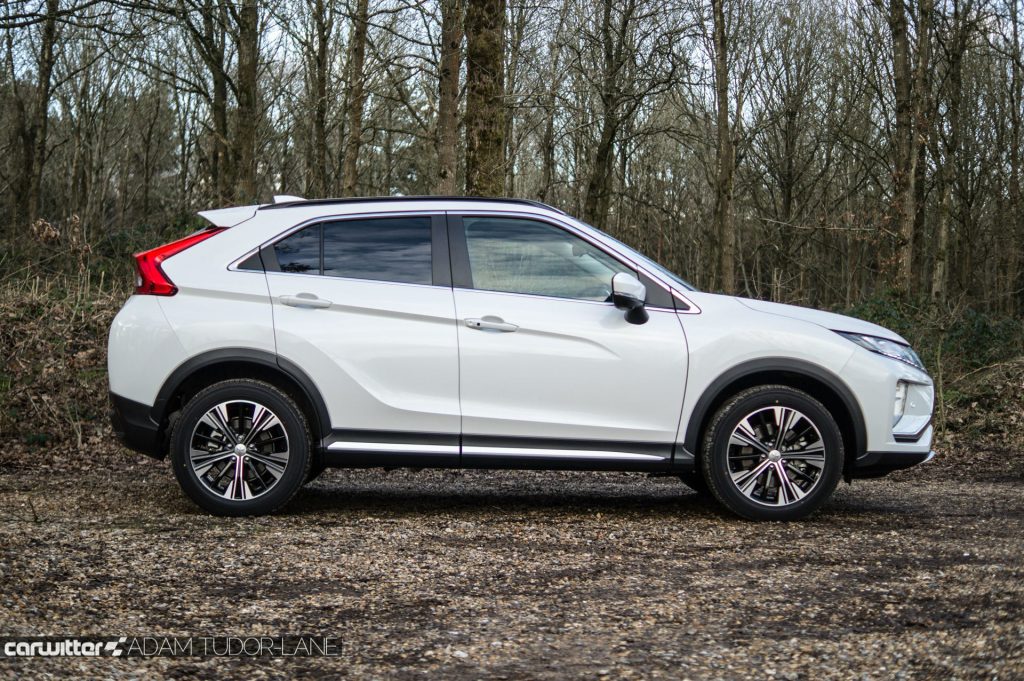 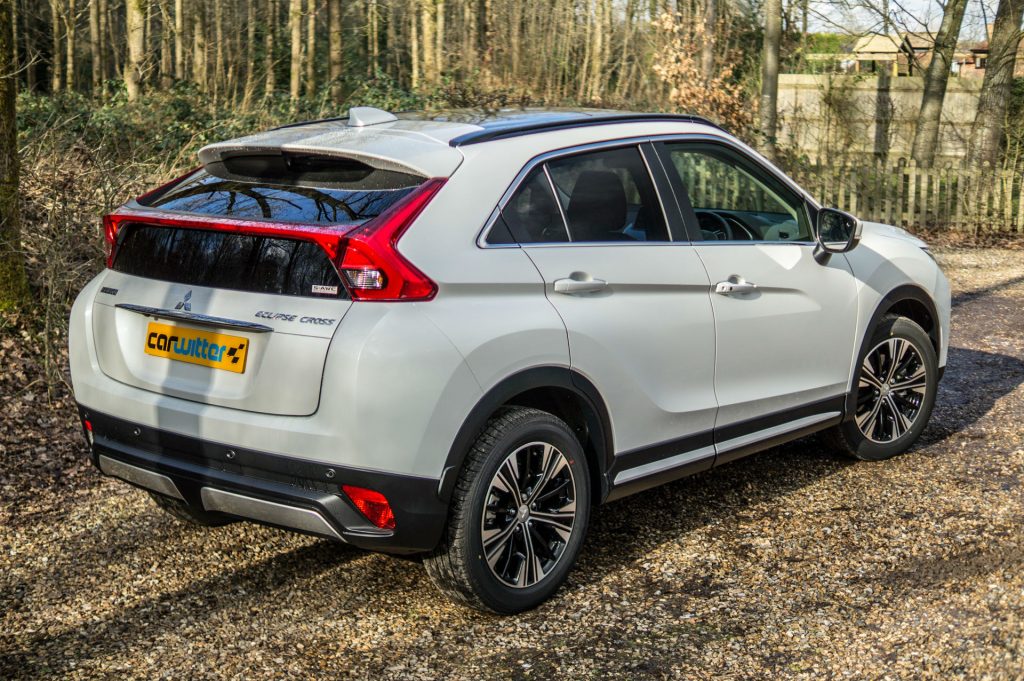 Powered by a 1.5 litre turbo engine, you can either opt for a six-speed manual or a CVT auto ‘box. Going auto means a quicker 0-62 of 9.3 seconds for the two wheel drive, the four wheel will make the sprint in 9.8, whilst the manual measures in with 10.3.
A diesel will be coming some time later in 2018, and the Eclipse has been engineered to take a hybrid drivetrain too.

In terms of performance the plucky petrol performs admirably, it never feels sluggish or leaves you wanting more, even when paired with the CVT. 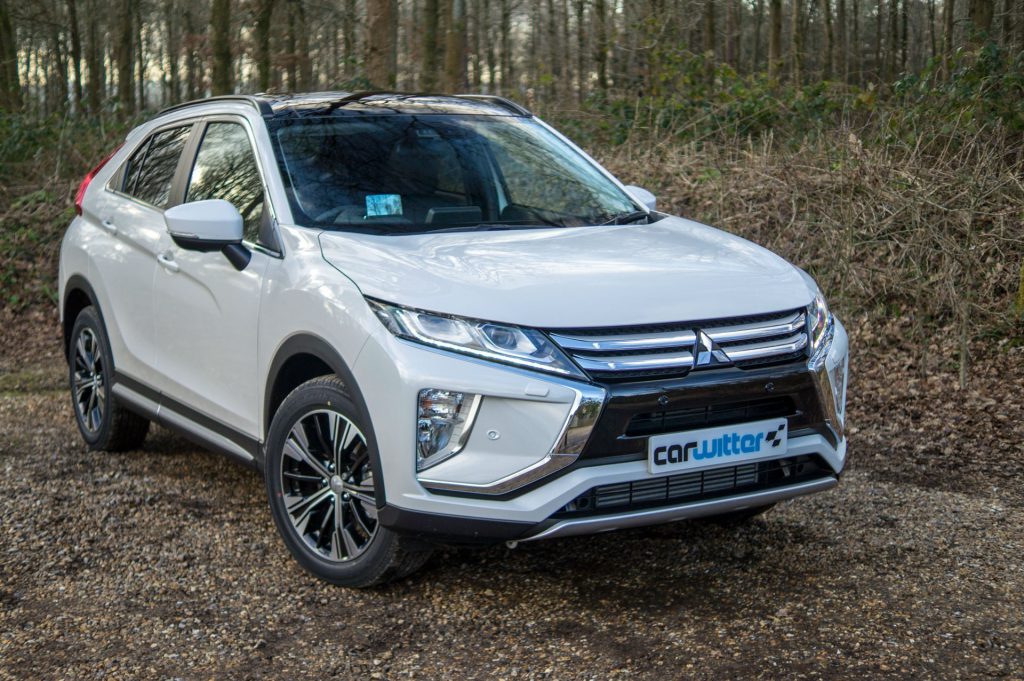 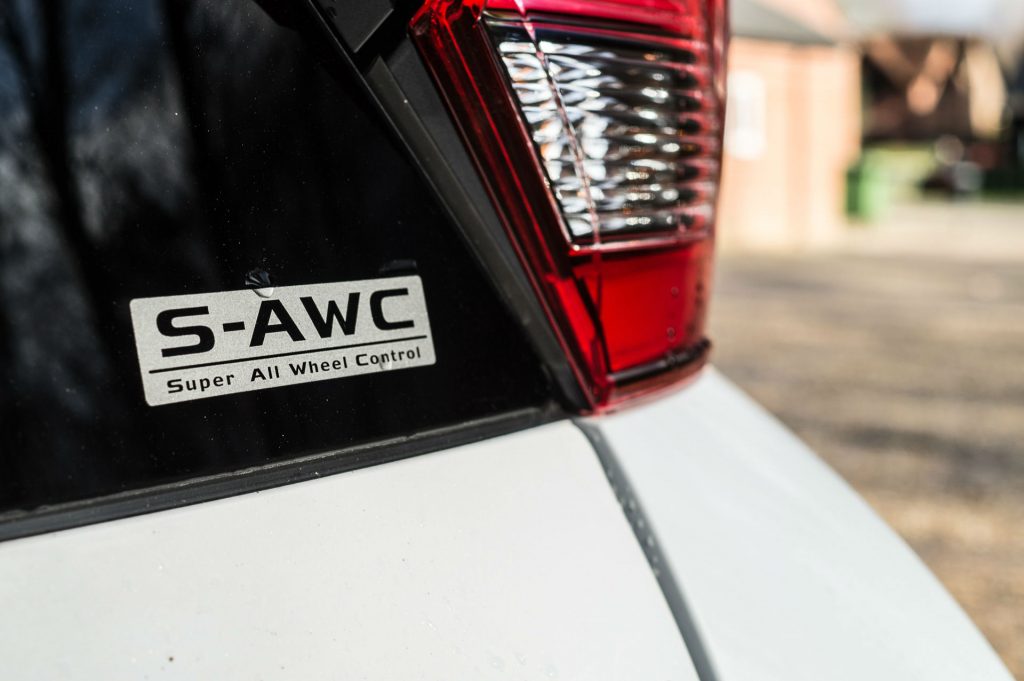 Whilst we’re talking about the CVT, it’s rather refined, not like those thrashy, loud CVT’s of old.

Similar to the new one found in the Subaru XV, it keeps itself well hushed during normal driving, with no random surging or red lining. It also has the same stepped ‘gear’ feel to it, which leads me to believe it’s the exact same ‘box used in the Scooby.

Peak under the bonnet and you’ll find a strut brace between the front suspension. That’s not a normal sight on most standard cars, and it seemed promising for such a large crossover. 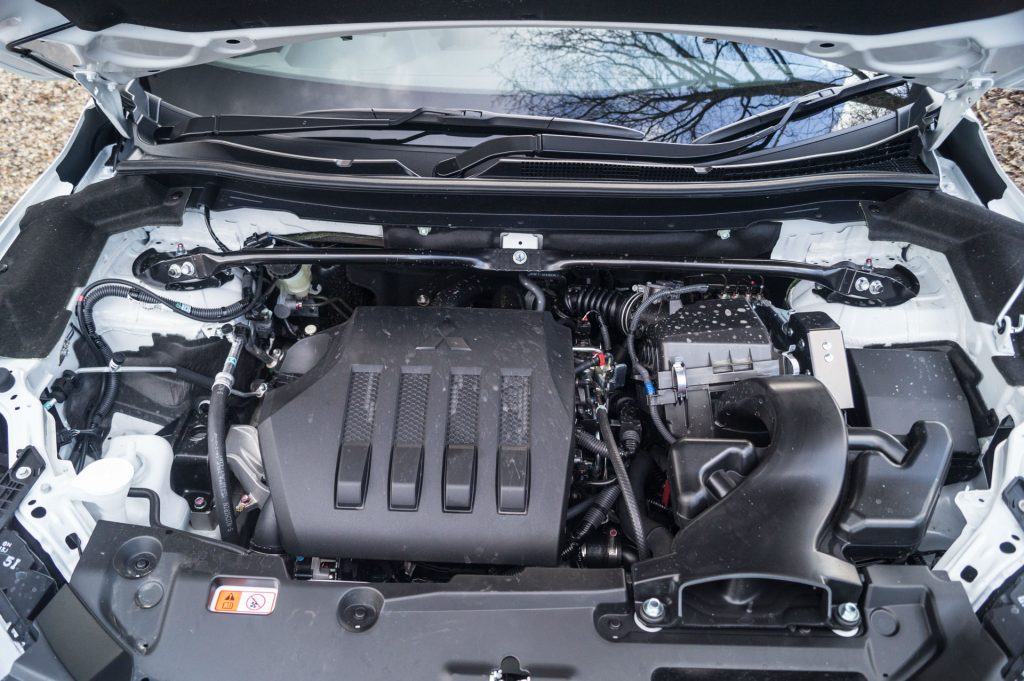 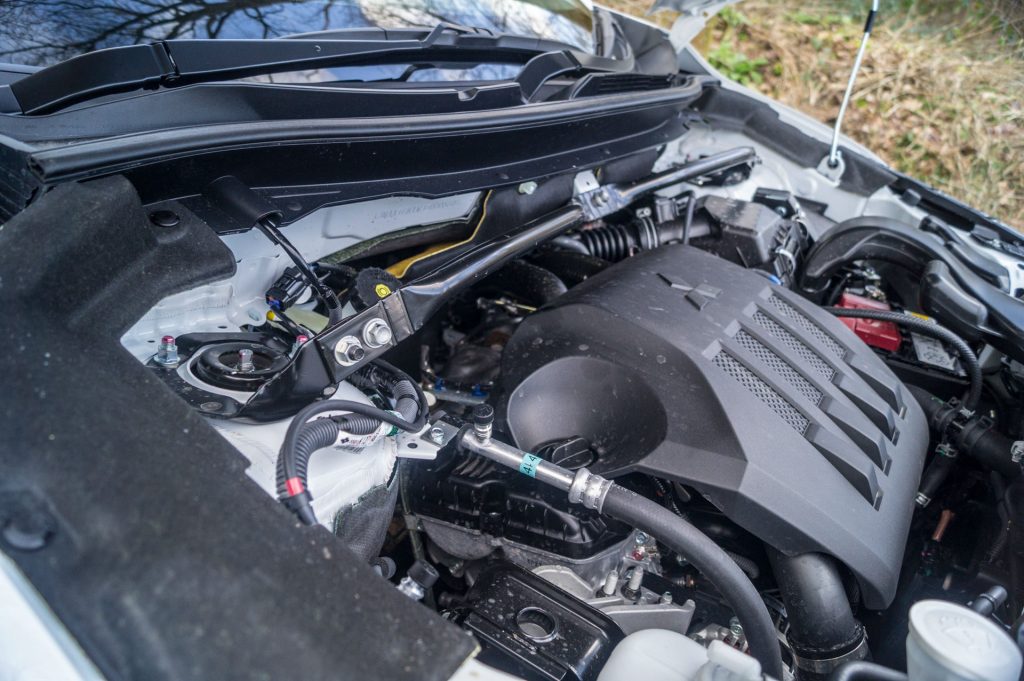 Sadly, the hype never materialised. Instead of clean, direct, sports car like prowess you’re left with a large car that leans too much and picks up minutia imperfections in the road.

Driving along and scanning the tarmac ahead I see there are no potholes, noticeable dips or deviations. Yet the Eclipse Cross is jittering around like it’s got Parkinson’s. I have no idea what it’s finding to unsettle itself about. But the overly firm suspension has somehow had no effect in terms of the handling or body roll.

Steering feel is too light either side of dead ahead, there’s no feel or weight in the first few degrees of turn. After that the weight adds but leads to a spring loaded sensation.

Braking is great, with strong initial bite from the first few mm’s of the pedal press, undoubtedly the best stoppers in the crossover feel. 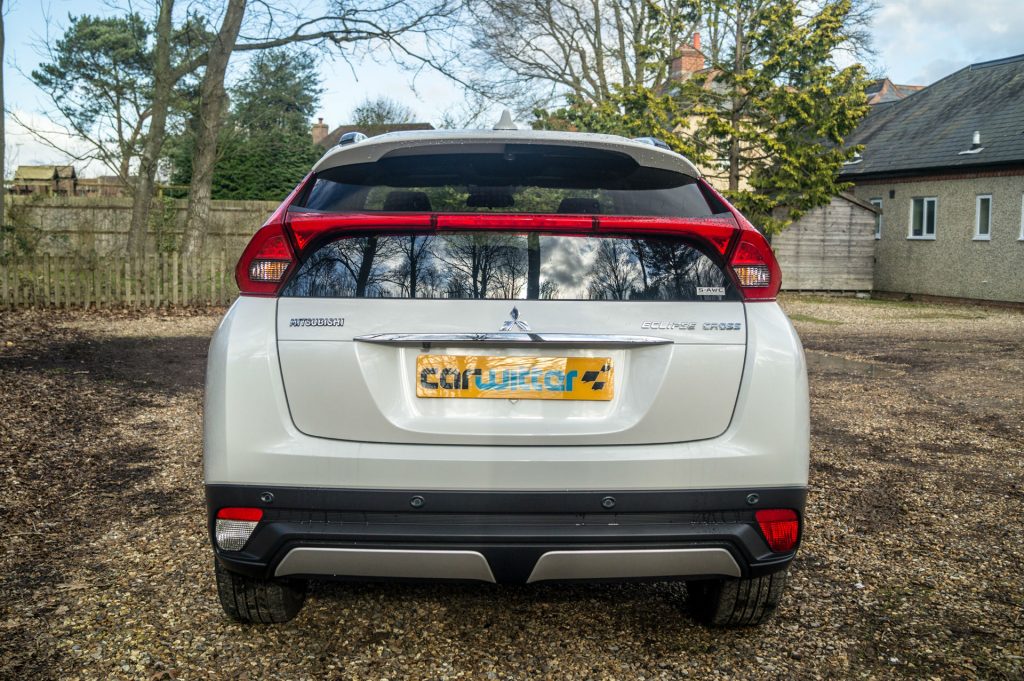 Mitsubishi proudly announced the Eclipse Cross has the best interior they’ve ever built. They aren’t wrong, it’s a nice place to be with a spattering of high gloss black trim across the central tunnel, but you will find a selection of older looking switches.

These are mainly hidden away to the right of the steering wheel, but the heated seat switches are visible in the centre console. 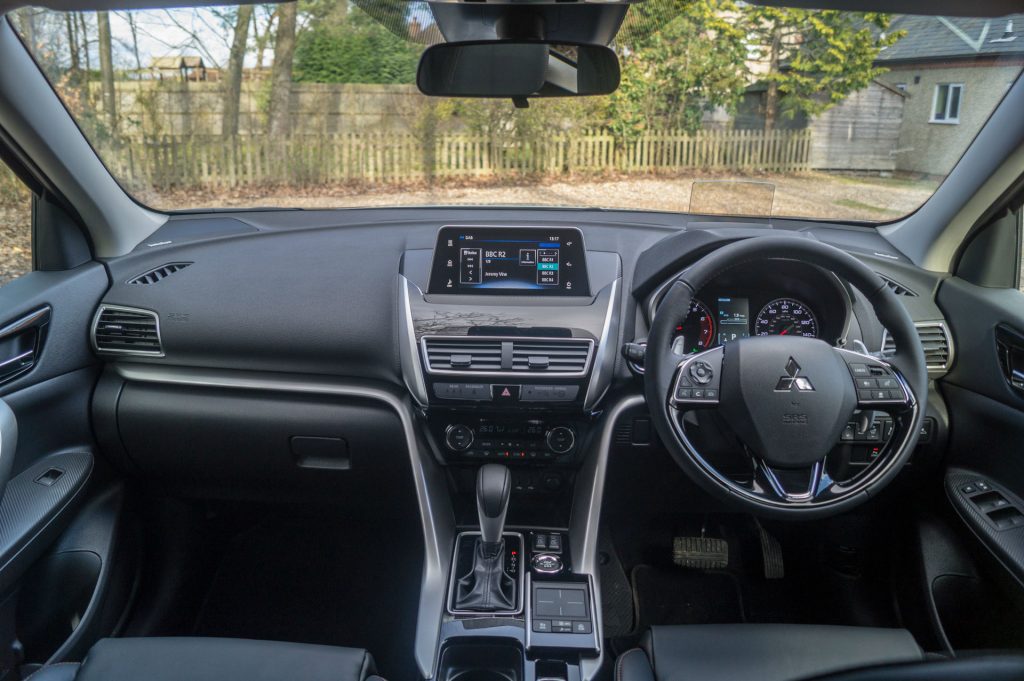 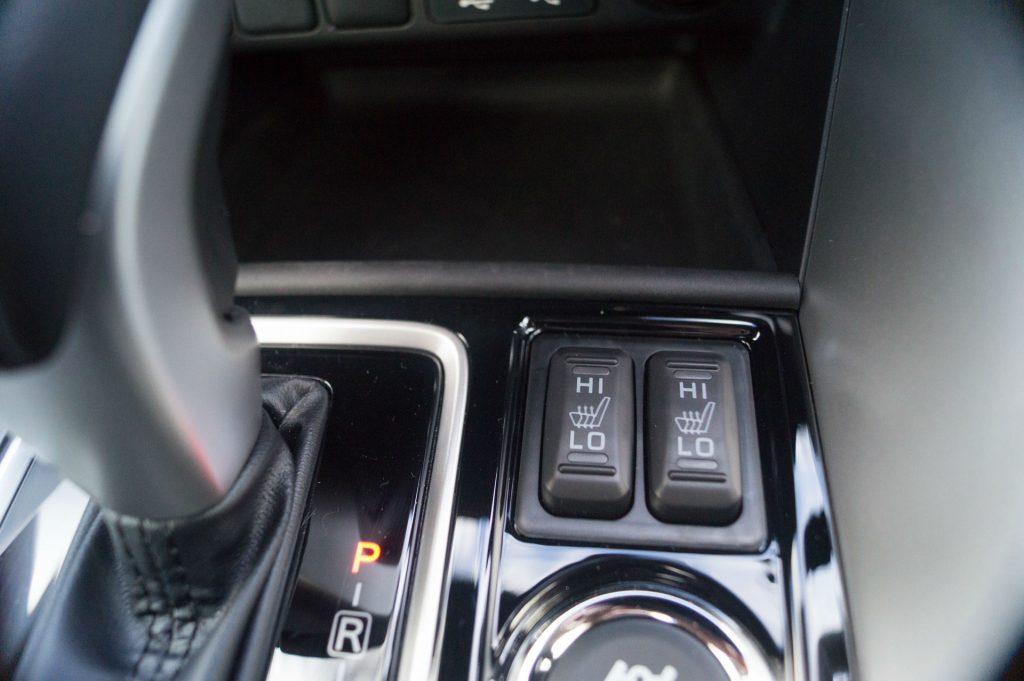 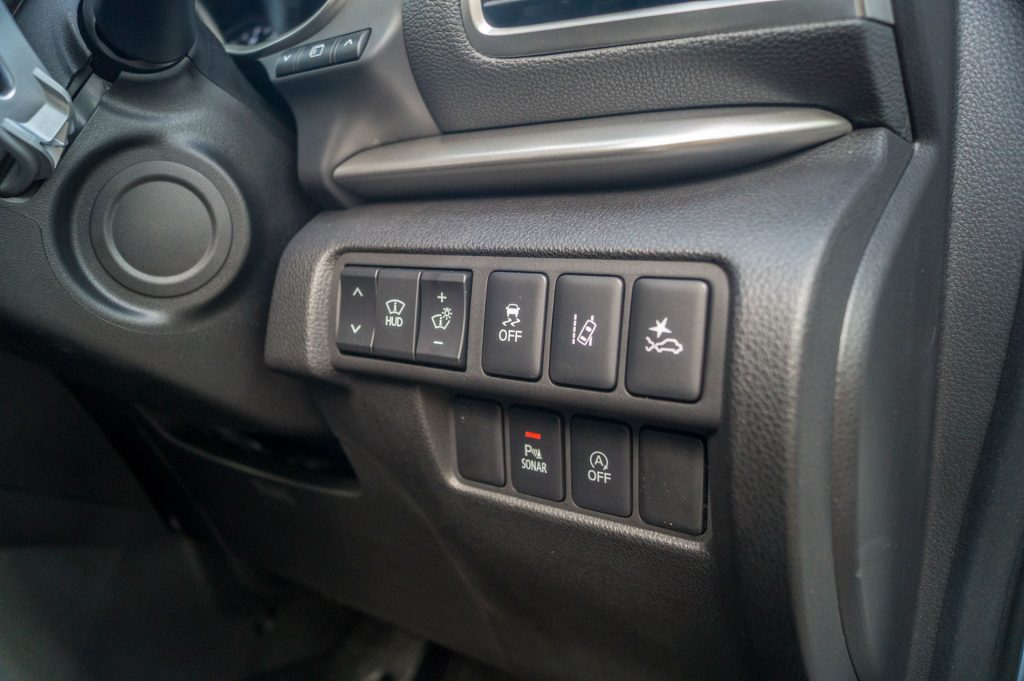 The biggest annoyance is saved for the laziness in not switching things around for right hand drive. It means the handbrake is stuck next to the driver, with the gear stick being on the far side of car. Right next to the passenger.

In the manual this means an awkward reach across to change gear, but with nearly 70% of sales being in auto form so far, this isn’t likely to affect many.
I have no idea why they wouldn’t have gone for a central gear shifter and an automatic handbrake in the manual.

A big plus point goes to the Rockford Fosgate stereo system. It features a proper built in sub on the right hand side of the boot giving great clear bass, whilst the speakers up front allow you turn up the volume to ridiculously loud levels, remaining crystal clear the whole time. It’s only available on the range topping ‘4’ trim levels though. 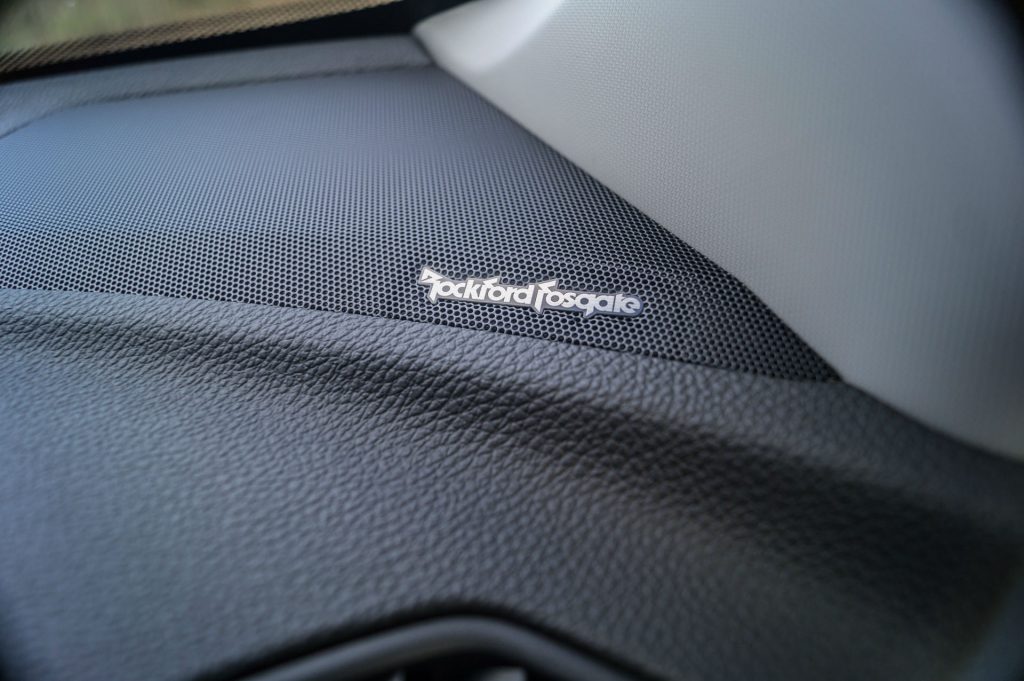 Rear seat headroom is on the cosy side, a six-footer would probably struggle thanks to that falling roof line. Boot space is a little tight, measuring in at 341 litres. The Qashqai packs 430, and the new Peugeot 3008 520. 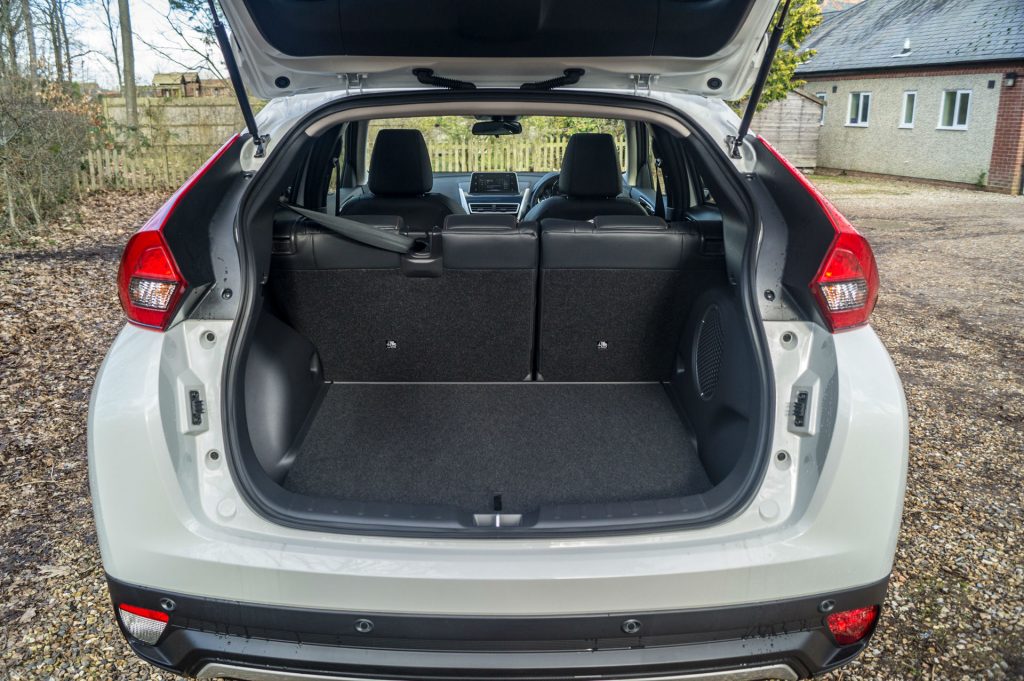 I really wanted to like the Eclipse Cross. It’s got some stunning lines on it, and the punchy 1.5 litre turbo engine is a strong contender when compared to the competition.

But the soft, wobbly handling and harsh ride was an annoyance, especially if you want a comfy family cruiser. It may well be worth opting for the 16″ alloys that come standard on the ‘2’ trim level, although we’re yet to see if the smaller wheels make any difference.

The other niggle is the odd central layout, reaching across to change gear in the manual just felt unnatural.

If you can live with with those oddities the Eclipse Cross packs a solid punch in terms of price, undercutting most of its rivals by at least £500 all while offering far higher standard kit. 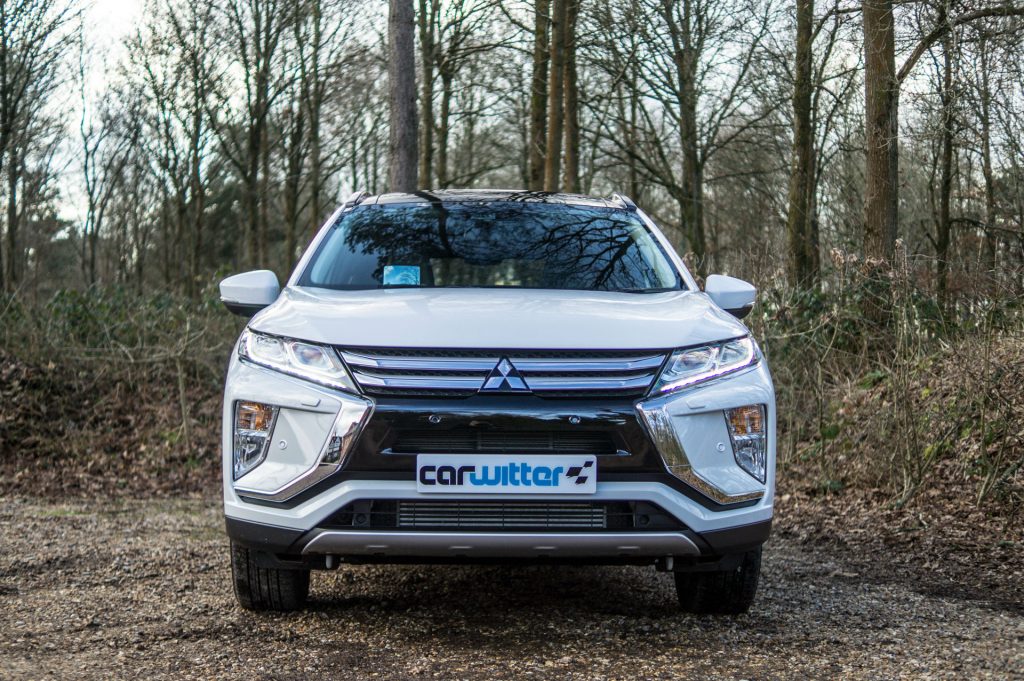 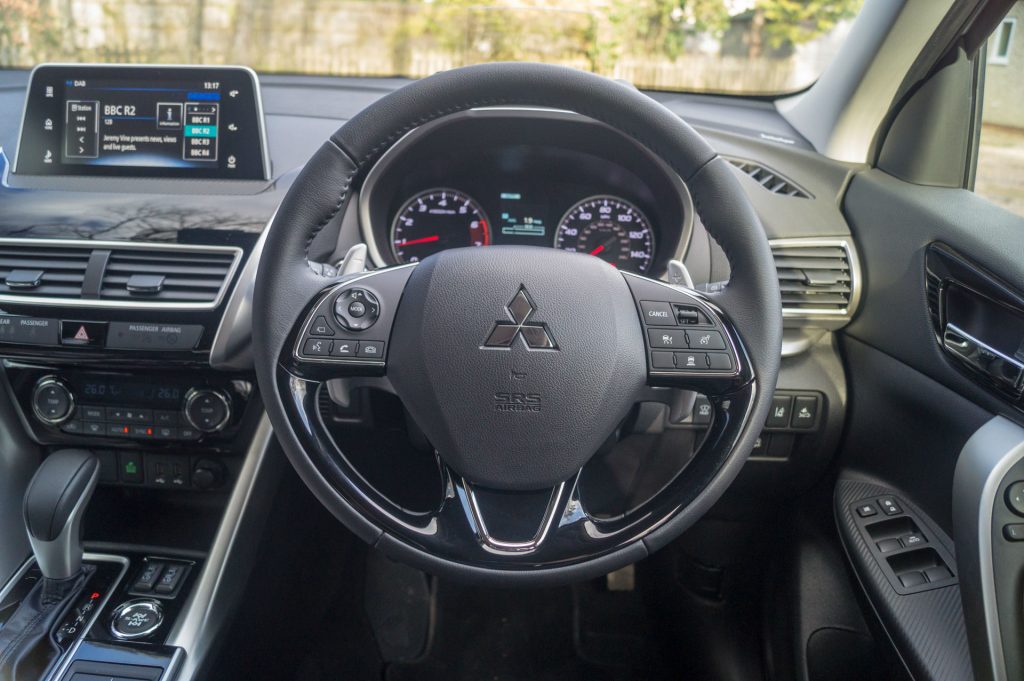 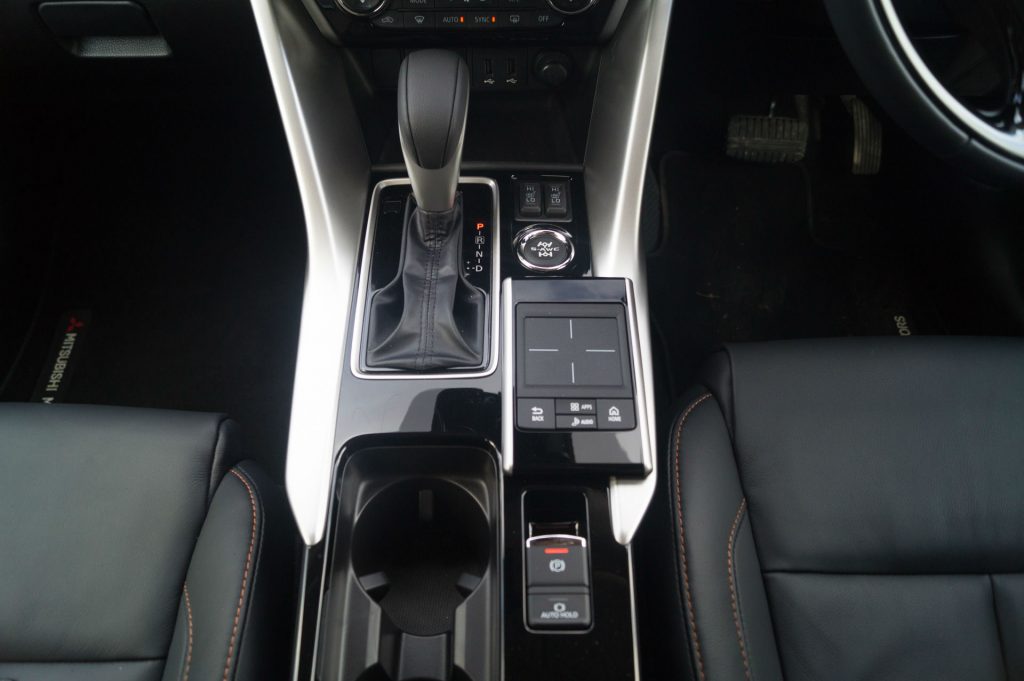 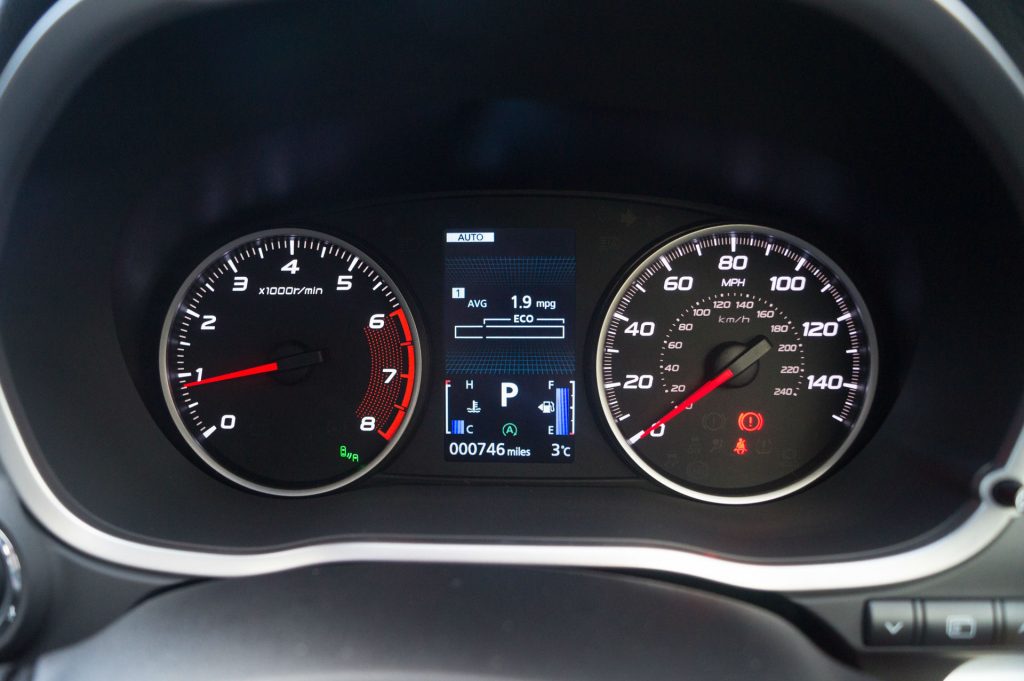 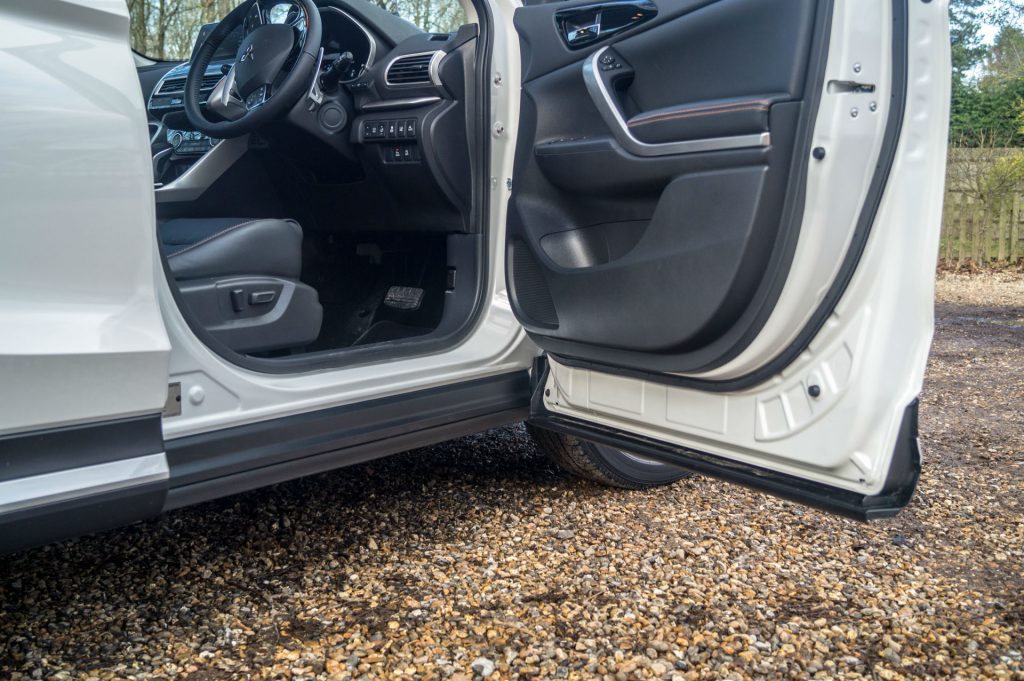 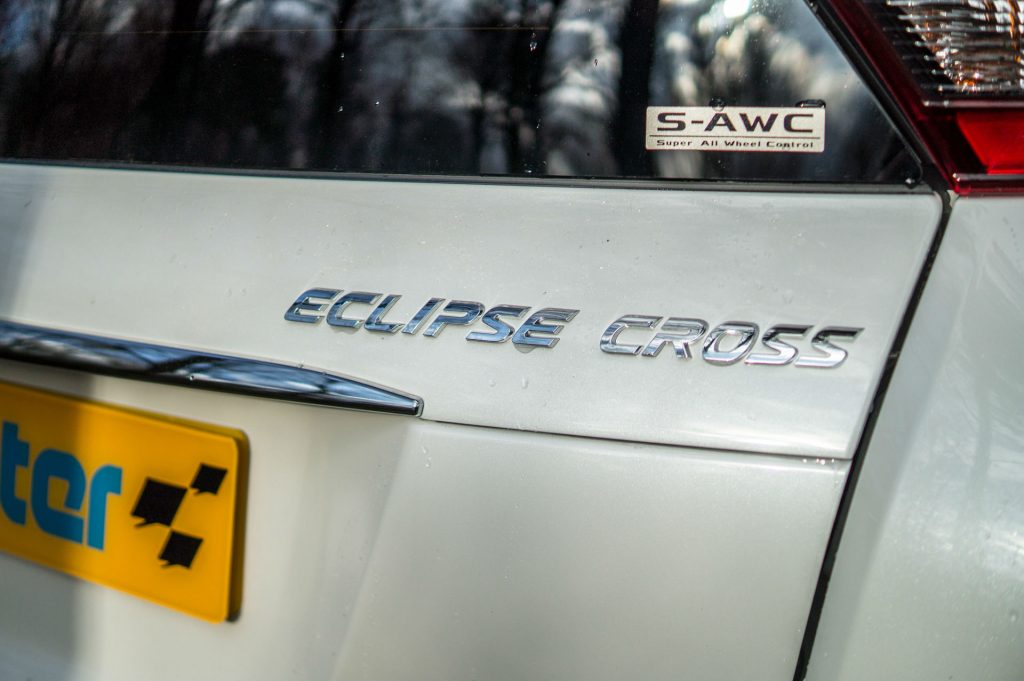